Official release: Stage 2 of Dakar 2018 ended with mixed fortunes for the MINI Family. The pairing of Orlando Terranova (ARG) and Bernardo Graue (ARG) in a MINI John Cooper Works Rally achieved a high with their 5th place finish. Following up in 7th place was the MINI John Cooper Works Buggy of Mikko Hirvonen (FIN) and co-driver Andreas Schulz (DEU). 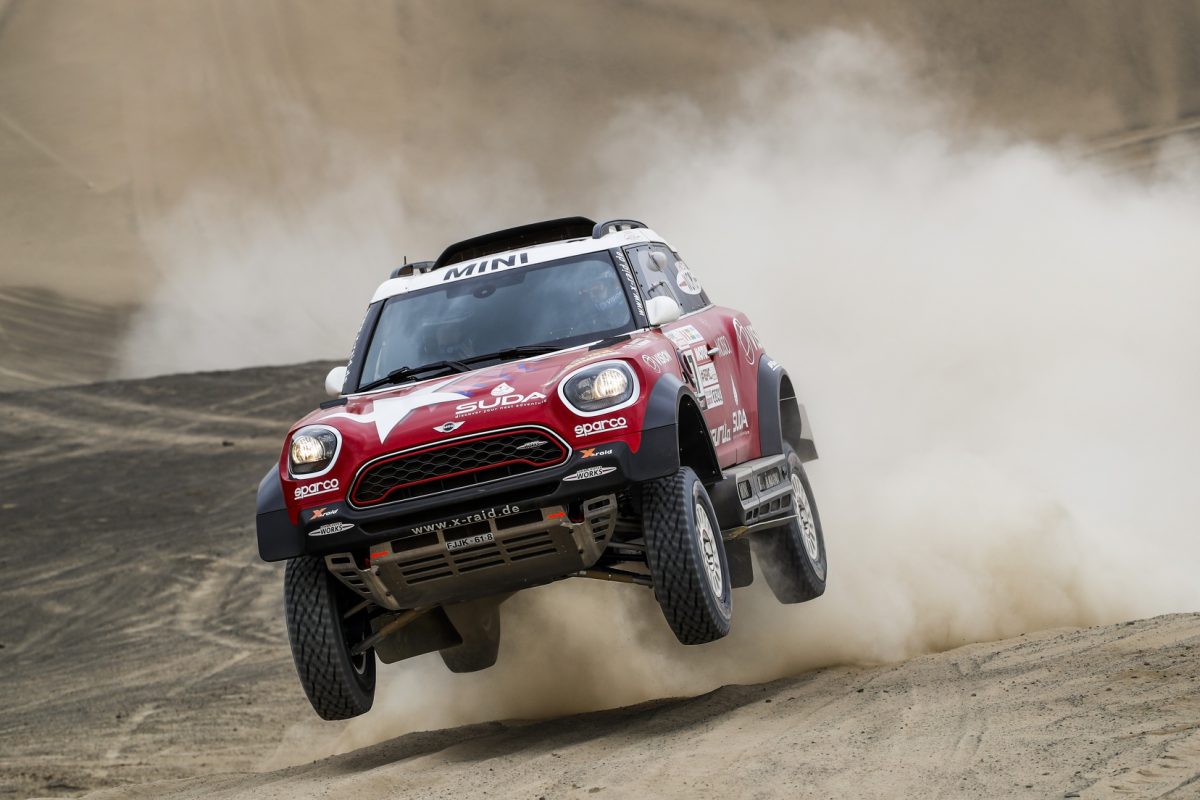 Despite his hard-earned Stage 2 result – and now 6th place in the overall standings – Terranova was not completely satisfied with how the day’s racing went: “It was a good start to the real race day. We tried to make a clean stage but then, 20 kilometres before the end of the stage, we make a small mistake and lost several minutes – I’m not happy about that but, ok, it is a race. The car is perfect; on the physical parts of the stage the feel we have is very good.”

Mikko Hirvonen also paid the price for a small mistake with navigation, which resulted in losing slight but precious time during Stage 2. However, his careful completion of both stages to date has resulted in Hirvonen sitting 7th overall after two days of racing. 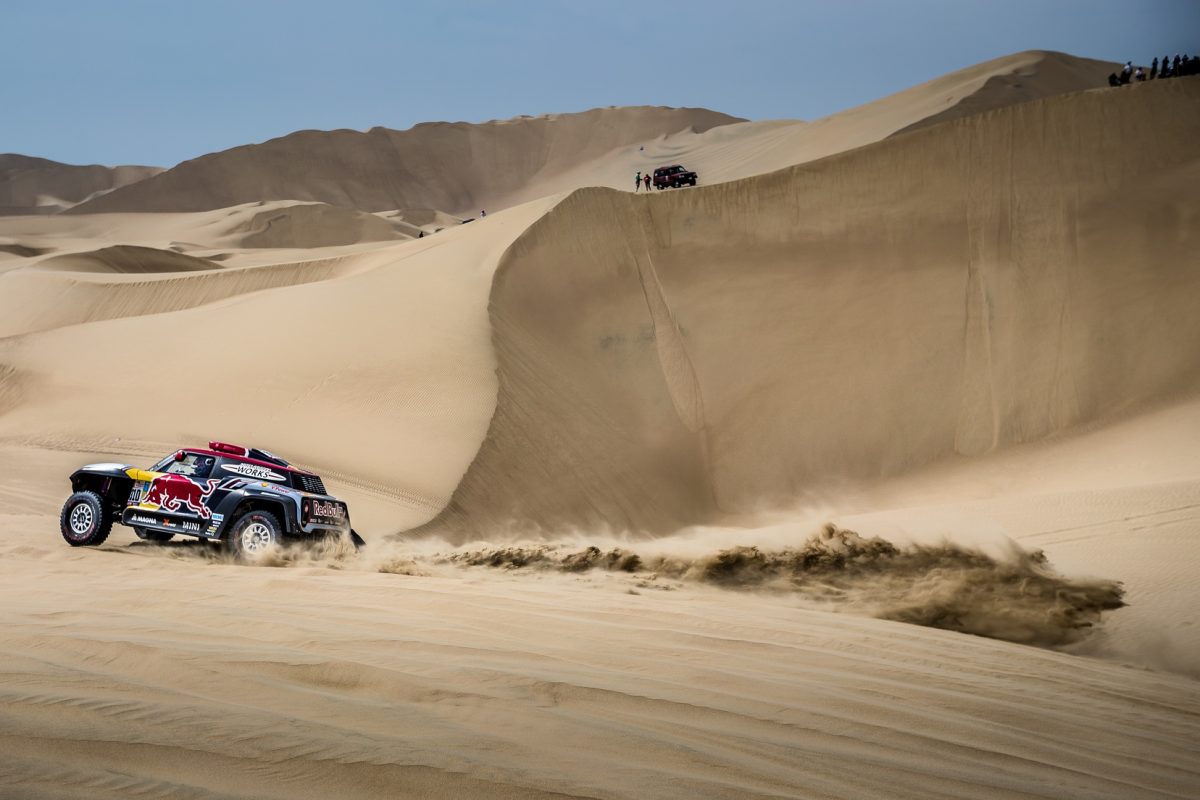 Hirvonen: It was a difficult start to the race but I am happy with the way it went. I didn’t take any crazy risks because it is a new car and different kind of dunes. The car was going really well. There was one waypoint we missed and it took three or four minutes to get back up a steep hill to it. Other than that it wasn’t too bad.”

Joan ‘Nani’ Roma (ESP) and co-pilot Alex Haro (ESP) had a very difficult Stage 2 because of the soft sand and high dunes that were encountered. “We expected it to be hard,” said Roma, “but not to the level we had. I pushed hard and we nearly lose the bonnet so we had to stop to repair. It is part of the game – when you play the official race it can be so difficult and you need to be really careful because it can be dangerous. It is a pity to lose Bryce after such few kilometres. It is hard but it is a race!”

Jakub ‘Kuba’ Przygonski (POL) and Tom Colsoul (BEL) completed Stage 2 in 16th place – a good result considering that co-driver Colsoul was a victim of severe sickness that required careful and considerate driving by Przygonski to get them to the finish line.

Przygonski: “Today was a really tough stage; long hard dunes and the main problem we had was Tom was sick – he had big sickness. Inside the car was not so good because we had no suitable treatment; we had to stop in the dunes and lost a little time. The important thing now is for Tom to recover, to get him to feel better. The car was really good with no issues. Not such a good stage but we are here and the car is ok.”

The biggest shock of the day was the retirement of Dakar first-timers Bryce Menzies (USA) and Peter Mortensen (USA). After a superb 4th place after Stage 1, the crew of the all-new MINI John Cooper Works Buggy, unfortunately, became victims of bad luck that resulted in a crash.

Menzies: “I’m alright. I was more worried about my co-driver – he ended up breaking his ankle. We started the day off running on a grated road when Pete called out a double caution. I checked up and saw it and thought it was a smaller bump than it was. We hit it and unloaded the rear and it went to the front bumper. I think we flipped six or seven times. It’s not what I wanted to do for my first Dakar. I feel really bad for the whole team because of all the work they did to get the car here and get behind me. All I can do now beside work as hard as I can to come back next year – and come back strong.” 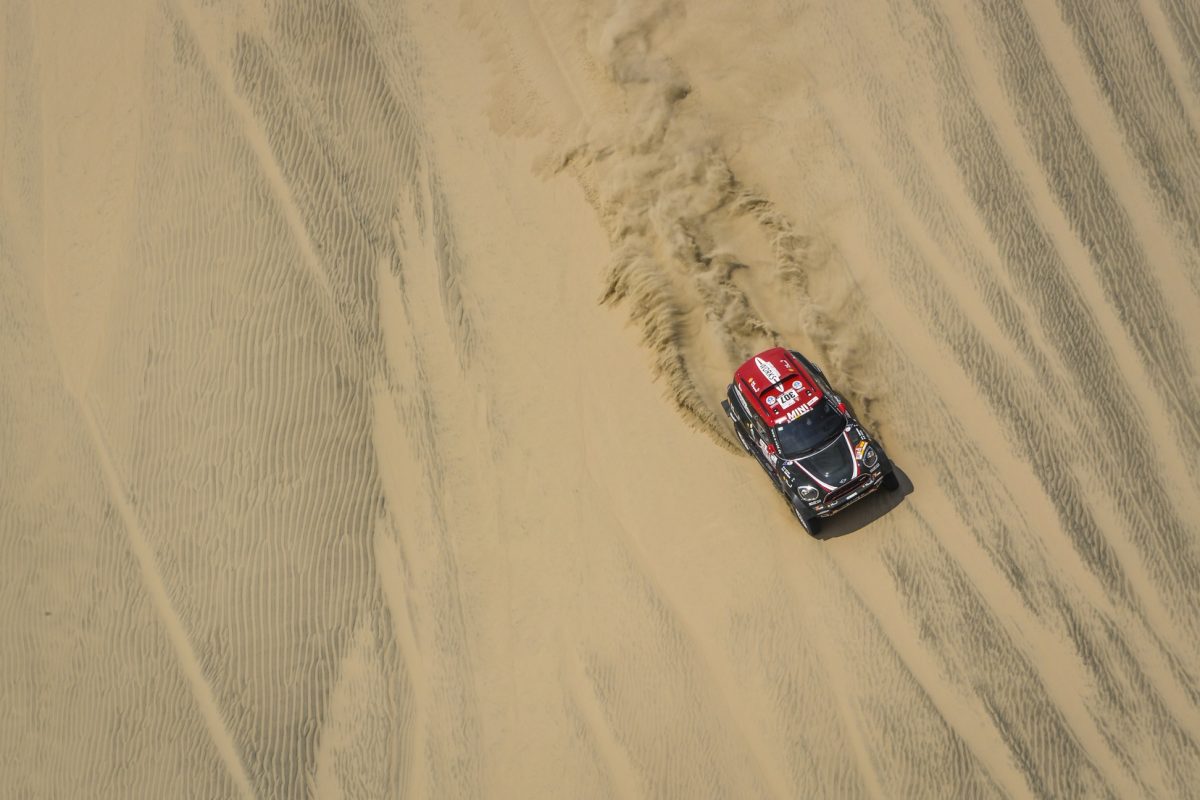 Boris Garafulic (CHI) / Filipe Palmeiro (POR) and Yazeed Al Rajhi (KSA) and Timo Gottschalk (DEU) were just two such victims. It appears that despite this, all crew members are in good health and are expected to line up for tomorrow’s Stage 3.

Worldwide MINI Sales Up 27% for February