Official news: The MINI JCW Team and MINI USA left no doubt about their desire for a series championship during today’s Alan Jay Automotive Network 120 at Sebring International Raceway in Sebring, Fla. The race was dominated by the MINI JCW race cars, with Mark Pombo and brother Mat Pombo, battling for the 1 – 2 positions in the final hour of the race. When the checkered flag waved Mark Pombo was in the lead in the #52 MINI JCW with Mat right behind him in the #73 MINI JCW. Teammate Derek Jones did an outstanding job recovering from earlier contact while leading the race to drive an injured #37 MINI JCW to a fourth place finish. 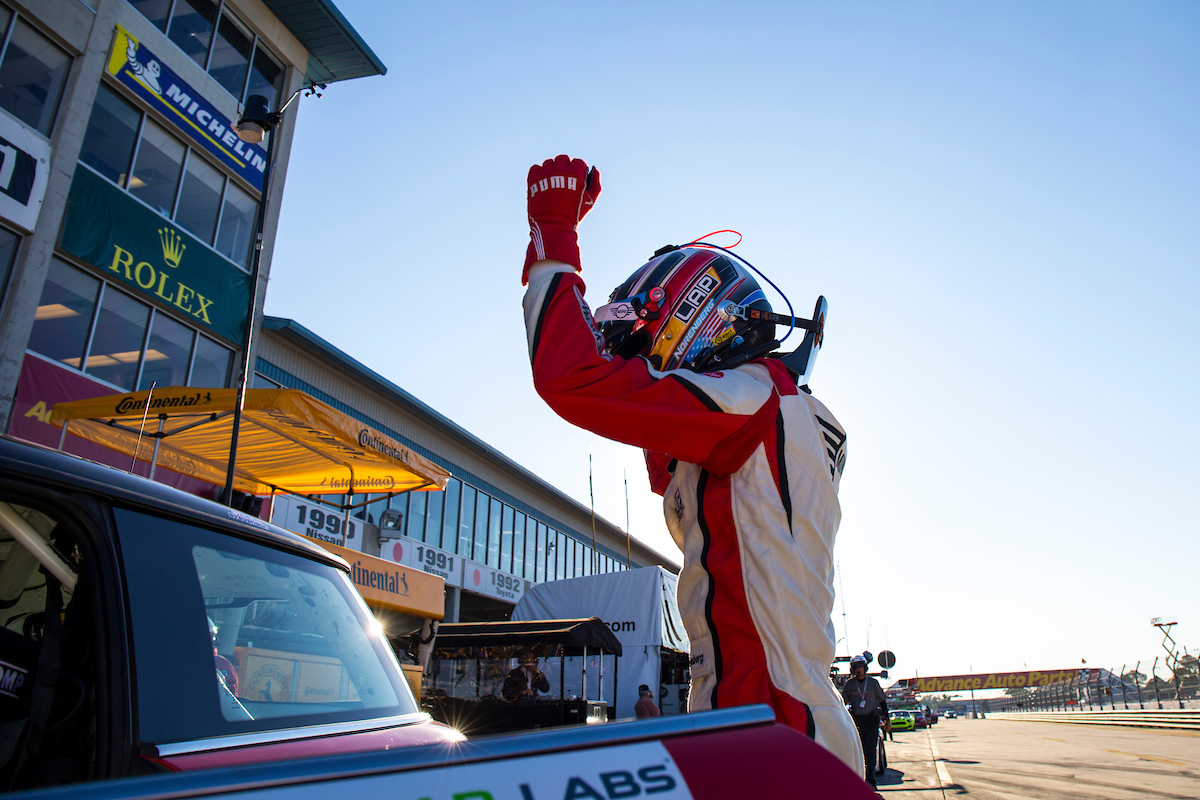 The MINI JCW Team kicked off the weekend with a front row sweep of qualifying with Nate Norenburg taking the pole in the #37 MINI JCW and 2013 ST Driver Champion Mike LaMarra coming in second in the #73 MINI JCW. Jay Salinsky qualified the #52 MINI JCW in fourth.

The MINI JCW Team shuffled their drivers during the offseason to give every MINI JCW the opportunity to get to victory lane and a shot at the series championship at the end of the season. 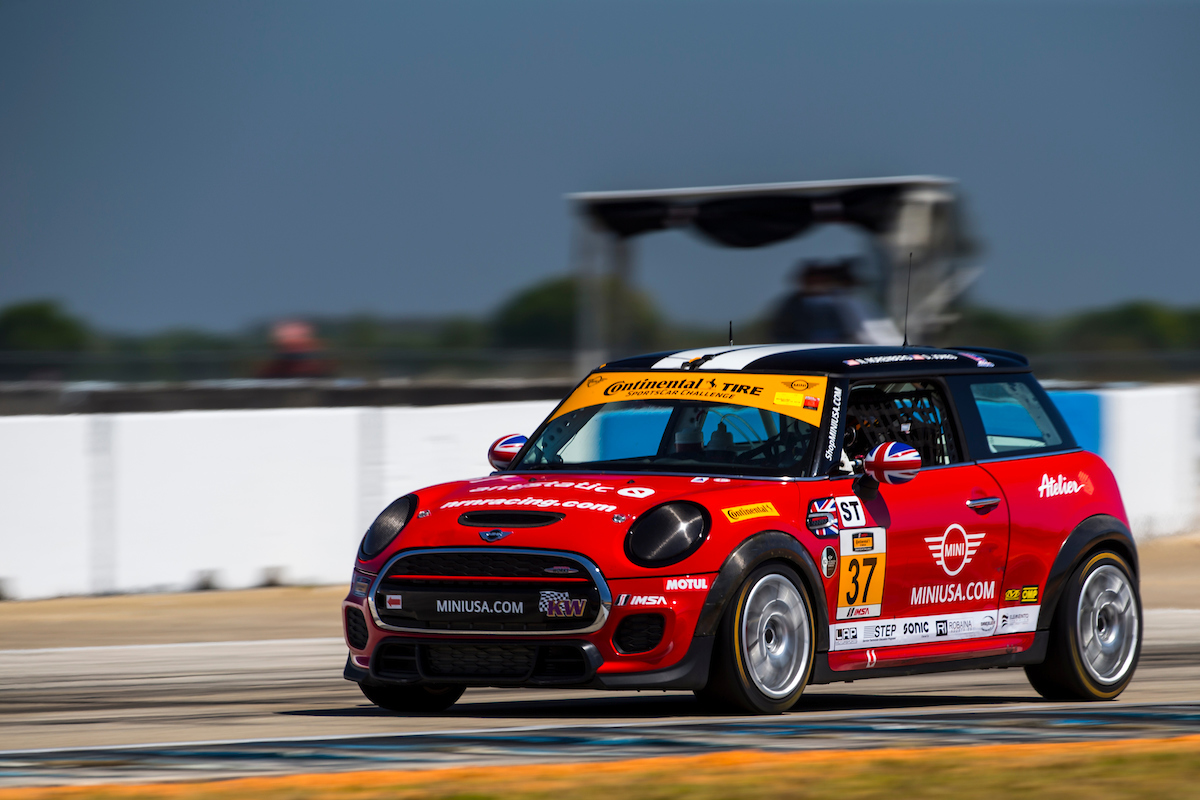 “I am so proud of all three of our cars today and the entire MINI JCW team, including our MINI technicians in pit lane,” said Luis Perocarpi, team owner, LAP Motorsports. “Sebring is one of the toughest tracks we will battle this year and the team and our equipment proved we are ready to bring home a championship this season.”

Throughout the entire season, technicians from MINI dealerships all over the country help support the team as part of the MINI Service Technicians Education Program (STEP). This weekend at Sebring the team will be supported by five MINI technicians from dealers, including one from Tom Bush MINI in Jacksonville, one from Cincinnati MINI in Cincinnati, Ohio, two from Ferman MINI of Tampa Bay and one from South Motors MINI in Miami. 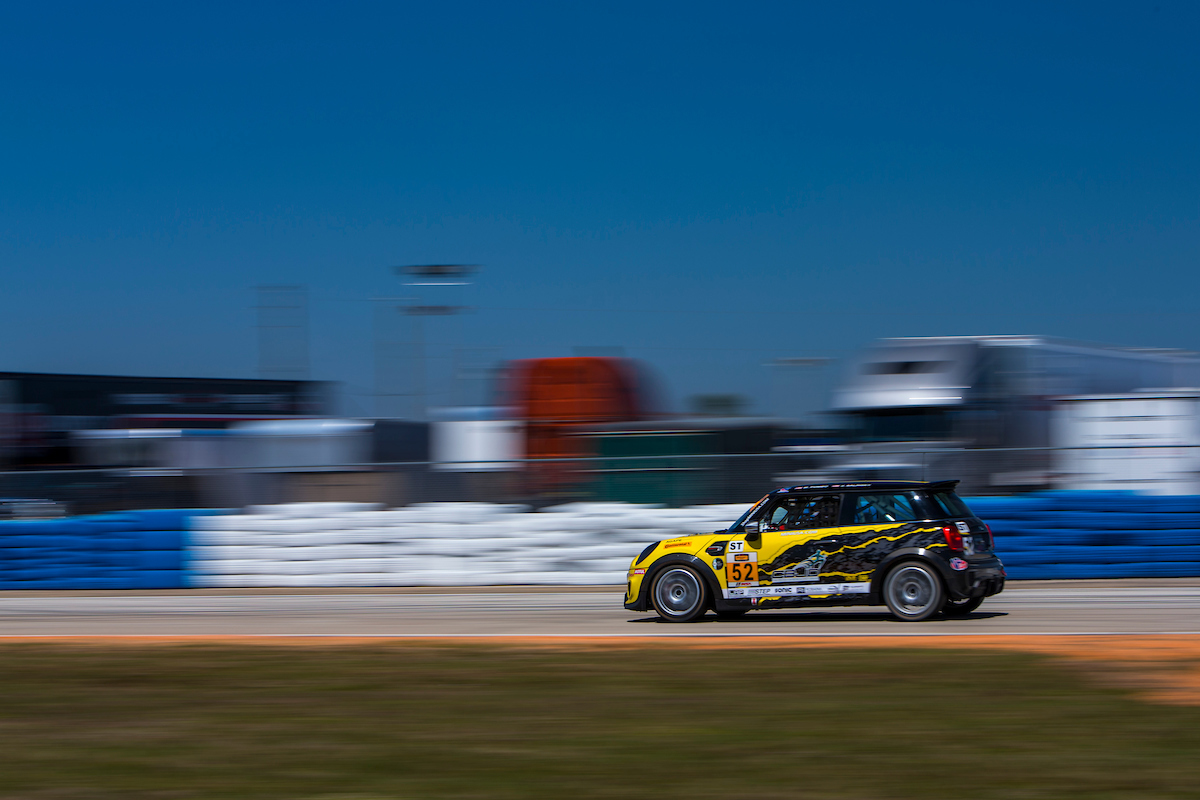 Global MINI Sales Up 11% for October