MINI is out to prove it’s worth with a special incarnation of the F60 called the Countryman Panamericana. The plan is to tackle the classic Panamerican highway –
an intercontinental route on the world’s longest north-south road link. How long? MINI will travel 25,750 kilometers in total taking the Countryman through different countries, climates and cultures along the way. 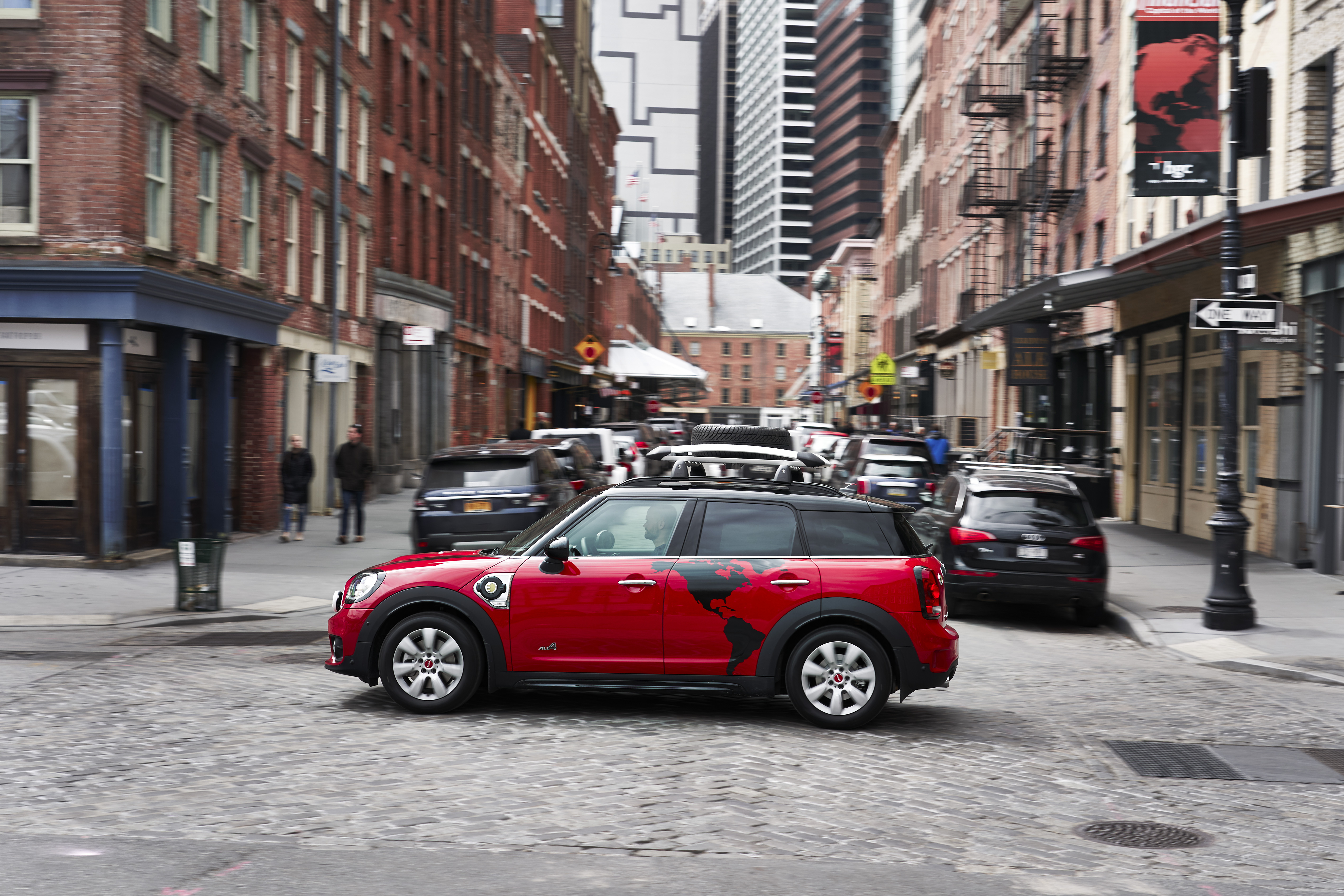 Official Release: MINI-style electro mobility will conquer new terrain with the presentation of an exclusive model specially designed for extremely challenging routes. With its underpinnings taken from the brands first plug-in hybrid vehicle, the MINI Countryman Panamericana has been designed for a long-distance tour from North America to Tierra del Fuego, showcasing the power and durability of the brand’s largest model.

Additional headlights, tires with emergency running characteristics and a roof rack for transporting a spare wheel will make the compact five-door fit for a road trip in a class of its own. Based on the MINI Cooper SE Countryman ALL4, the combined power and versatility of its two engines make it the perfect endurance athlete for the Panamericana adventure. 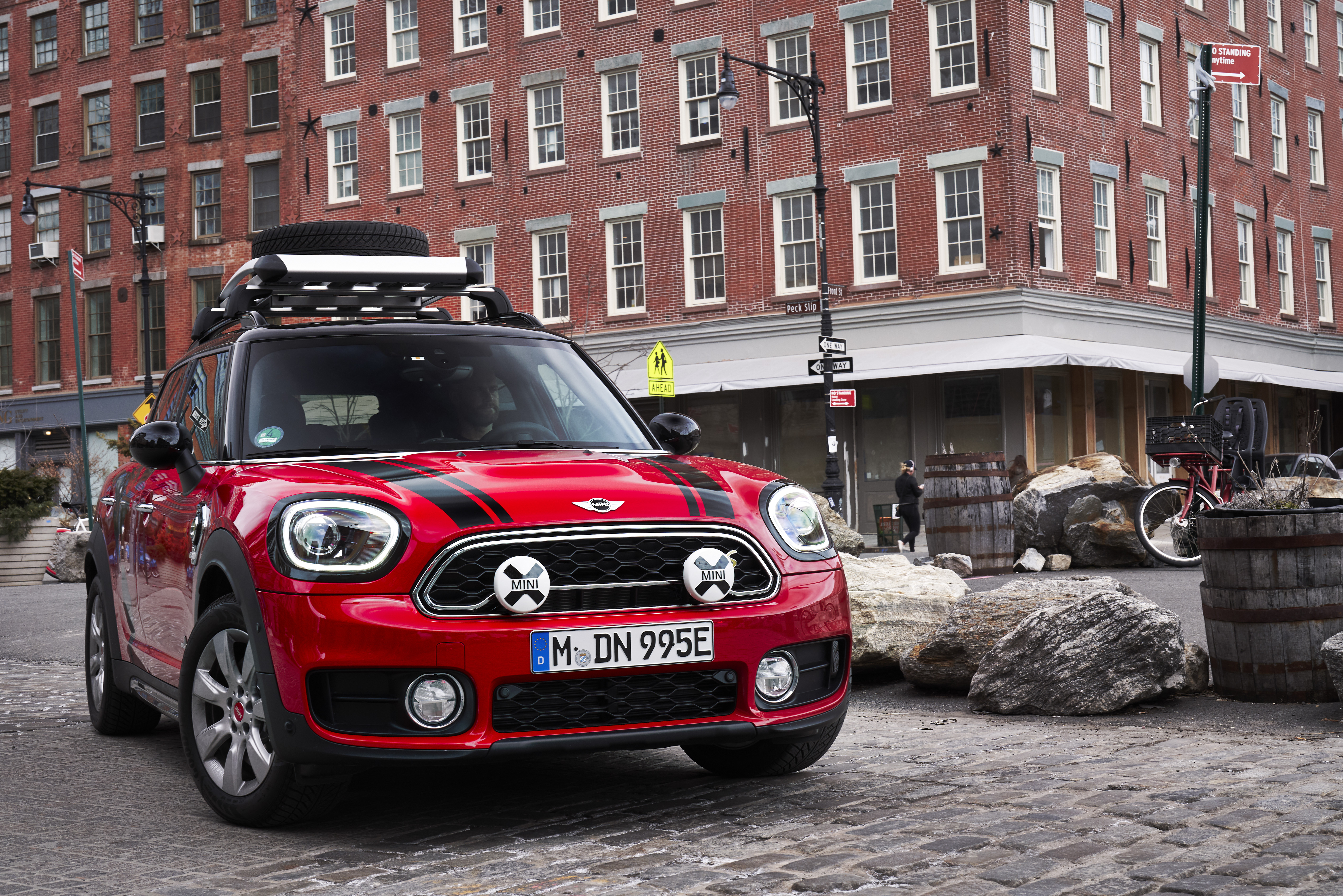 Three MINI Countryman Panamericana Plug-In Hybrid vehicles will tackle the intercontinental route on the world’s longest north-south road link. They will demonstrate the reliability and long-distance performance of the Plug-In Hybrid drive technology used in the MINI Cooper S Countryman ALL4.

The Plug-In Hybrid drive of the MINI Cooper SE Countryman ALL4 is an effective contribution to reducing CO2 emissions in road traffic, even beyond urban environments. With a range of up to 40 kilometers, it can reach beyond the city limits and remain fully electric on longer routes. The intelligently coordinated interaction of the electric drive with the combustion engine combines the possibility of local emission-free driving with the freedom of a long range offered by a conventionally powered vehicle.

The Panamericana, also known as Pan-American Highway, Ruta Panamericana or Interamericana depending on the region and language, connects the US state of Alaska with the Argentinean Tierra del Fuego and runs between the northernmost and the southernmost point over a distance of about 25,750 kilometers. In both North and South America, numerous intersections and alternative routes are part of the Panamericana road network, covering a total length of more than 48,000 kilometers. In the border area between Panama and Colombia, a ship passage is necessary to continue the journey, as an originally planned section of about 90 kilometers in length, inter alia, to protect the local rainforest area was not completed. The drive over the historic dream road leads through diverse climatic zones, dense jungle and challenging high mountain passes. In addition to well-developed highways, gravel roads and narrow mountain passages are part of the route network that the three MINI Countryman Panamericana Plug-In Hybrids will have to cope with.

The MINI Cooper S Countryman ALL4 offers five full-size seats, generous luggage space and numerous comfort features, ensuring an enjoyable drive whatever the terrain. Its two engines generate a combined system output of 165 kW / 224 hp. The precise control of the interaction between the front and rear wheels with the electric motor also ensures intelligent all-wheel drive. From rainy roads to sandy surfaces, gravel tracks or snow-covered mountain passages, the MINI Countryman Panamericana Plug-In Hybrid will tackle them all.

New US Efficiency Standards & What they Mean for MINI

Worldwide MINI Sales Down 21% in November