MINI sales in the United States are up thanks to continued strength of the Countryman and a surge in a convertible sales. In April, MINI USA reported 3,731 vehicles sold, an increase of 7.2 percent from the 3,481 sold in the same month a year ago. 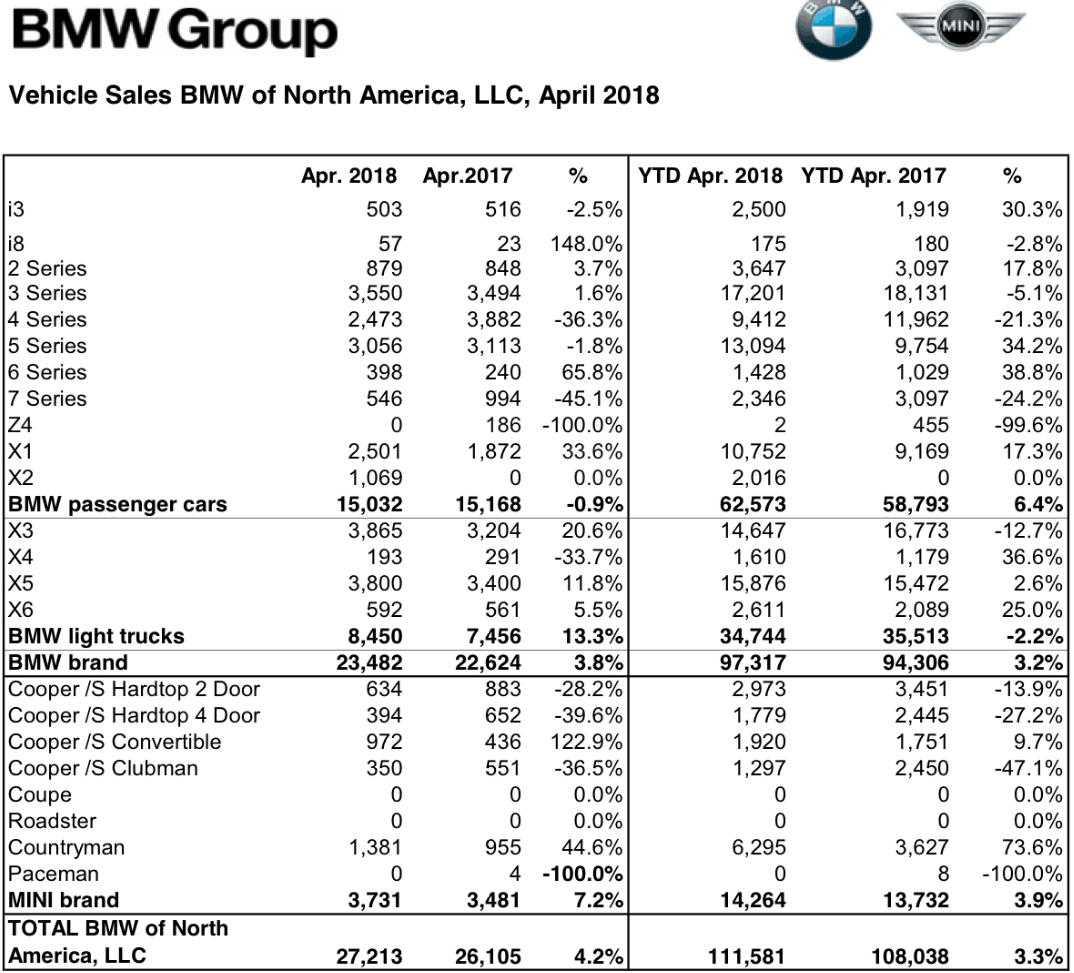 The MINI Countryman continued its strong performance this month, rising 44 percent compared to April 2017 and contributing to a 73.6 percent year-to-date increase over Countryman sales in the first four months of 2017.