Almost ten years ago MINI introduced what was at the time the ultimate JCW at MINI United at Silverstone – the MINI JCW WC50. Short for World Championship 50, the car was meant to celebrate John Cooper’s first Formula title and connect the brand with the pinnacle of Motorsport. The limited edition JCW model included a unique Connaught green exterior paint job with loads of one-off trim both inside and out. Lauded as perhaps the best looking MINI up to that point, it’s aged especially well to our eyes almost ten years on.

Initially we were told that a US allotment wasn’t in the cards due to production being capped at 250. However when MINI doubled production, MINI USA began asking US dealers if they’re be interested in the car. The feedback was positive enough that MINI USA decided to import 50 cars to dealers that specifically requested the WC50. That means that what to see here was the most limited edition MINI model ever – much more rare than even the first or second generation GP.

The WC50 was essentially a hand built JCW taken off the line at Oxford and finished elsewhere. Sources at the time indicated that it left Oxford finished in black before getting the layer of Cannaught Green you see here. The combination created a rich and deep color that MINI has since paid homage to with Rebel Green. 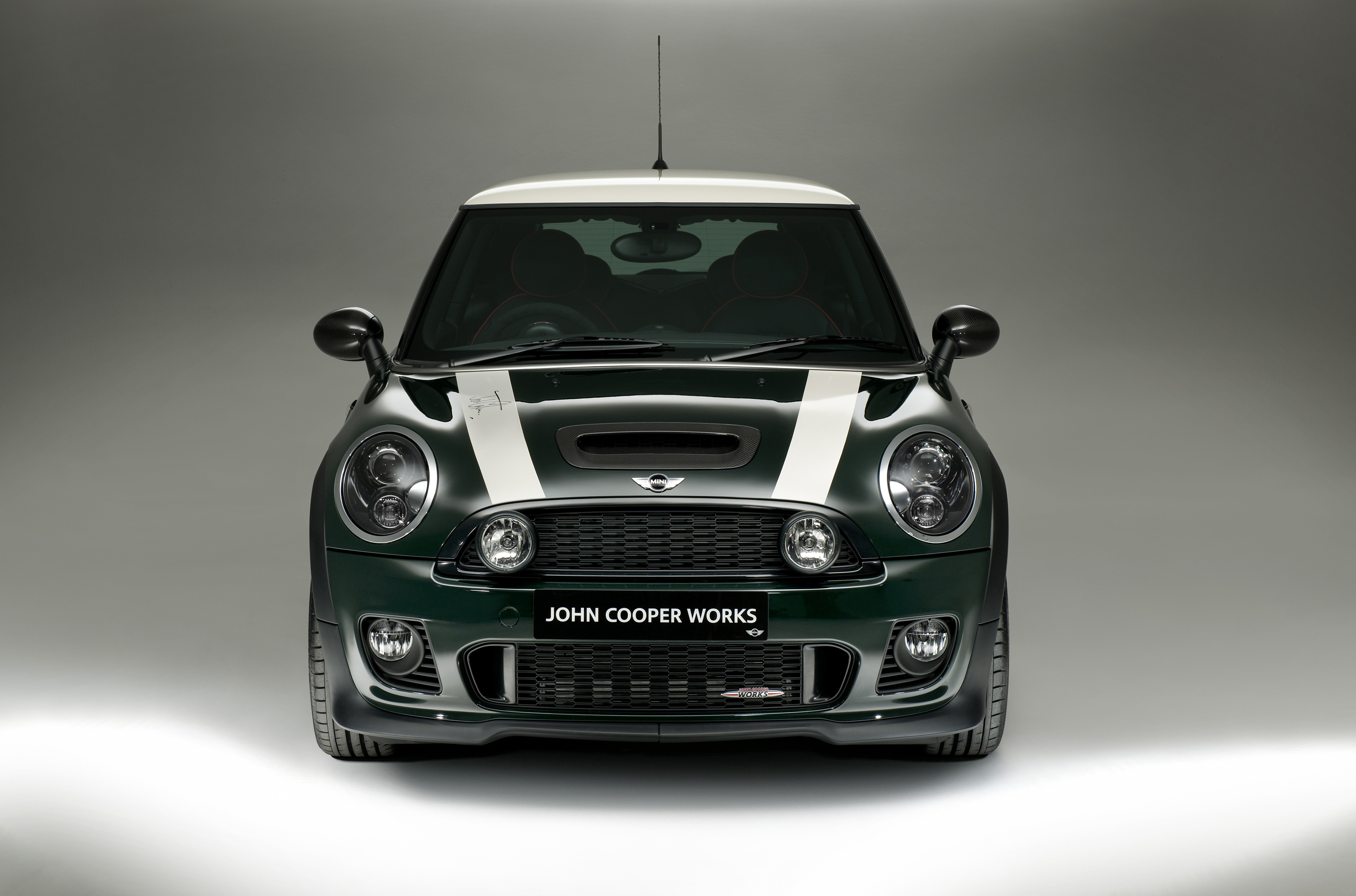 Initially pricing was expected to be close to the unthinkable mark of $50,000. However MINI USA pricing reduced some equipment (notability navigation) and priced it at $39,600.

There was plenty of debate at the tome over this pricing but if you looked at it critically, you would have quickly realized building a car with the same options (sans the one-off components and trim) would have resulted in a more expensive car. In other words MINI USA did pricing right on this one.

In the years since it’s release some owners have complained about extremely soft paint that resulted in scratches and chips (likely the result of the unusual process). Otherwise the WC50 has remained one of the most coveted MINIs of the past twenty years.

Here’s a full list of what the WC50 cake with in its world specification. 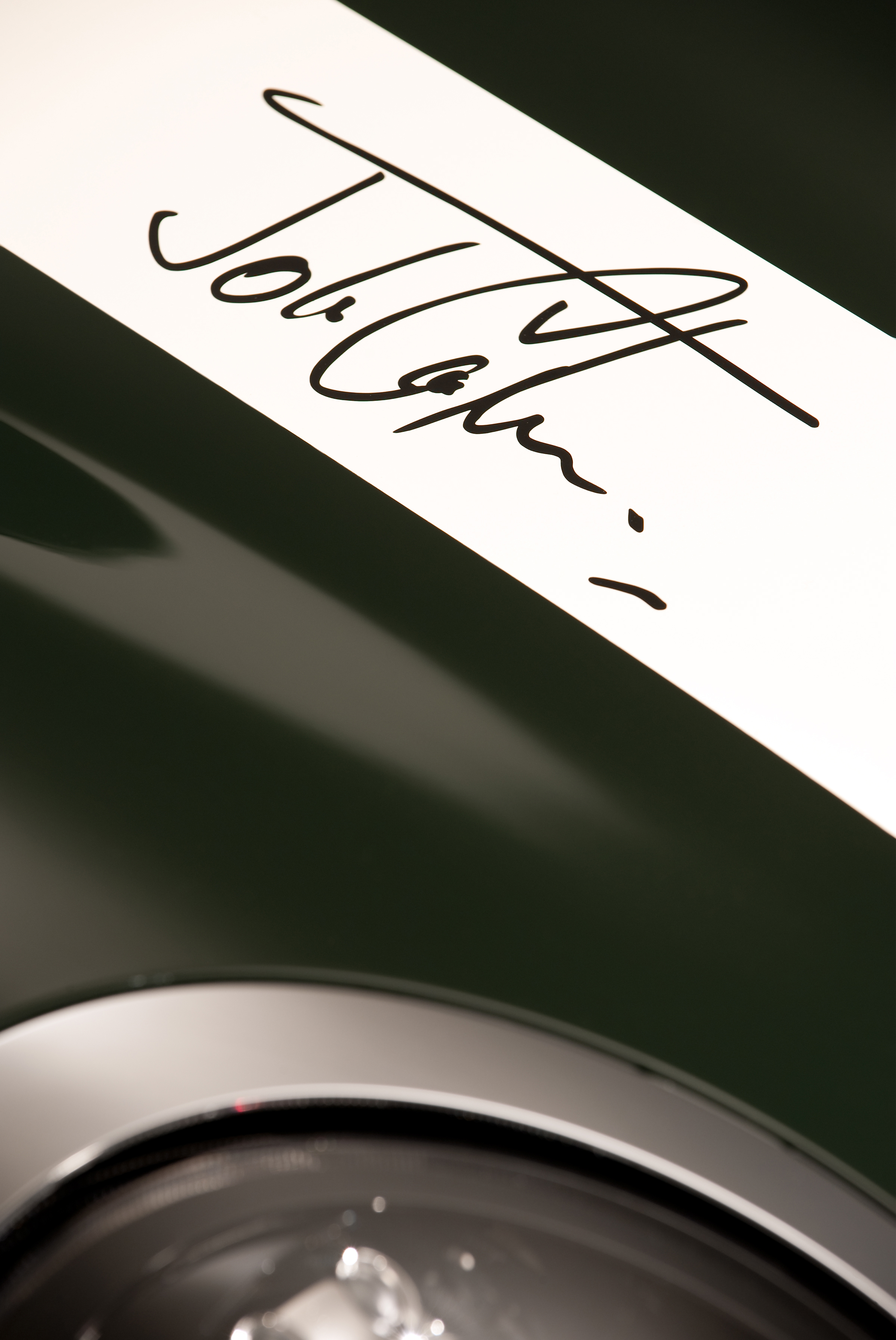 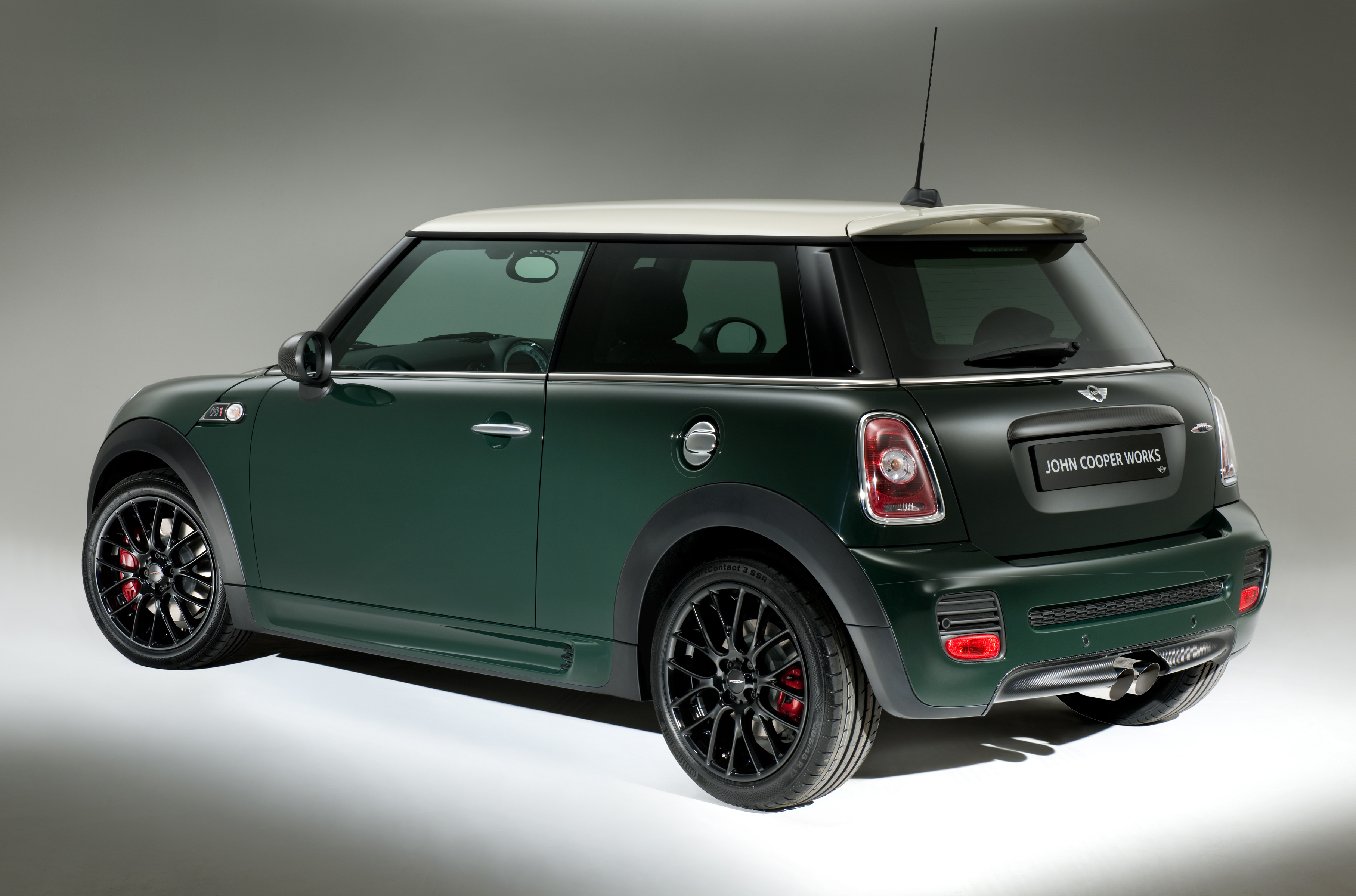 Limited MINI special edition evokes the birth of the brand and John Cooper’s Formula One title victory 50 years ago.

Munich. Both were revolutionary and triumphant: in the summer of 1959 Alec Issigonis presented his concept for a small car which, with its transverse-mounted front four-cylinder engine and space for four occupants plus luggage, was to become a byword for economy of space and driving fun. That same year, sports car constructor John Cooper won his first Formula One World Championship title with Jack Brabham at the wheel. 50 years on, the MINI John Cooper Works World Championship 50 evokes both the start of the triumphal path of the classic Mini as well as victory in the F1 Drivers’ and Constructors’ Championship for John Cooper’s racing team. This MINI special edition was inspired by John Cooper’s son, Mike. His signature appears on the facia and on one of the bonnet stripes. It will have a limited production run of 250 units and was unveiled to the public at the 2009 MINI United Festival in Silverstone. The car is based on the MINI John Cooper Works and driven by a 155 kW/211 hp four-cylinder engine with Twin-Scroll turbocharger and petrol direct injection. The production version of the MINI John Cooper Works World Championship 50 features numerous exterior and interior details reflecting the racing pedigree of the brand.

The bodywork of the MINI John Cooper Works World Championship 50 comes in a new colour for MINI, namely Connaught Green – harking back to the famous colour of British race cars of the 1950s and 60s era. It is combined with the roof and bonnet stripes in Pepper White. The green with the white bonnet stripes mirror the colour concept of the Cooper F1 cars. The specification of these colours was provided by Mike Cooper giving the car its authenticity. Mike was consulted throughout the development by the MINI Design department. Mike’s full name is “John” Michael Cooper and he signs himself John Cooper. His signature appears on one bonnet stripe and on a facia plaque. Further accentuating the competitive character of the special edition are the John Cooper Works aerodynamics package and John Cooper Works Cross Spoke CHALLENGE light-alloy wheels in Jet Black.

Also key to the superior performance of the MINI John Cooper Works World Championship 50 is its suspension technology, which is unique for this vehicle class. In addition to the McPherson struts on the front axle and a central-arm rear axle otherwise not found in the small car segment, electromechanical power steering (EPS) also helps guarantee safe and thrillingly precise handling. A Sport button (also standard) on the centre console activates a palpably more dynamic setting with sharper steering response and enhanced precision. In keeping with this, the Sport button also switches the accelerator pedal control map to an even sportier mode. The large sports brake system with red aluminium callipers guarantees short stopping distances. It responds with precision and brake power can be finely applied.
Standard equipment also features Dynamic Stability Control (DSC) including Hill Assist, Dynamic Traction Control (DTC) and Brake Assist. With DTC switched off, furthermore, an Electronic Differential Lock Control system (also fitted as standard) is activated for the drive axle, supporting more dynamic driving when accelerating out of corners or switchbacks, for example.

As a close friend and business partner of Mini creator Alec Issigonis, John Cooper paved the way for – and gave his name to – these Mini variants that were to prove so successful in the sporting arena. The man who recognised the competitive potential of the Mini early on and then systematically capitalised on it had previously already created a revolution on the world’s race tracks. He was the first constructor, along with his father Charles Cooper, to field a mid-engined sports car in the Formula One World Championship. In doing so, the team set a trailblazing trend for the entire motor sport sector. In 1959 and 1960, Cooper race cars scooped up the Constructors’ and Drivers’ title in the Formula One World Championship – a first in racing history for mid-engined models. It was a concept that caught on: to this day, all Formula One cars are built according to this principle.

50 years on, the legendary British race track at Silverstone provided the perfect backdrop for the world premiere of the MINI John Cooper Works World Championship 50. From 22 to 24 May 2009, MINI fans from around the world celebrated the 50th anniversary of the brand at the MINI United Festival. They gathered together to enjoy an exciting programme of live performances by top stars from the international music scene, lifestyle action in typical MINI style, and countless intriguing glimpses of the brand heritage. There was of course plenty of racing action as well: Silverstone hosted two rounds of the current German MINI CHALLENGE – reason enough to look back on a racing history as successful as it is diverse.

MF Exclusive: The WC50 is US Bound (w/Pricing)

MINI USA to Introduce Recaro Seats as an Option