Beginning with 2018 July production MINI has made some small tweaks – the most notable being the addition of a dual clutch transmissions to the Countryman and Clubman. However a big caveat there is that this change only affects specific markets and not the US at this time (it will reportedly come eventually). It also will only be offering in the One, Cooper and Cooper S models – not the JCW (that model has too much torque for the DCT to cope with).

The dual clutch transmission is a completely different design than a standard torque converter style automatic in that it uses two clutches when changing gear to optimize both smoothness and quick gear changes.  Using MINI’s terms “it ensures harmonious and acoustically barely perceptible changes in drive position, free of load change reactions in the engine – not just when sprinting but also when decelerating.” The new DCT (officially called the 7-speed Steptronic transmission with double clutch) also makes use of the auto start/stop function and the coasting function to increase efficiency. The latter is the first time coasting has been available outside of the dedicated “Green” mode. If you have the optional navigation system (which we definitely recommend), the transmission is aware of the road ahead and able to predict gear selection before entering a corner or going up a hill. In sport mode it allows the car to be in the right gear for the most power and in green for the most efficiency.

Other notable changes include engine tweaks which result in an emissions mandated particulate filters for all petrol powered cars and slight efficiency gains. We had originally heard MINI was going to be modestly increasing power with this update but given all of the reengineering that has happened in the past few years with the WLTP emissions requirements, extra power is clearly not a priority.

Elsewhere MINI has tweaked the lighting controls on the Countryman and Clubman as well making automatic lights standard and added a connectivity package to the Clubman. 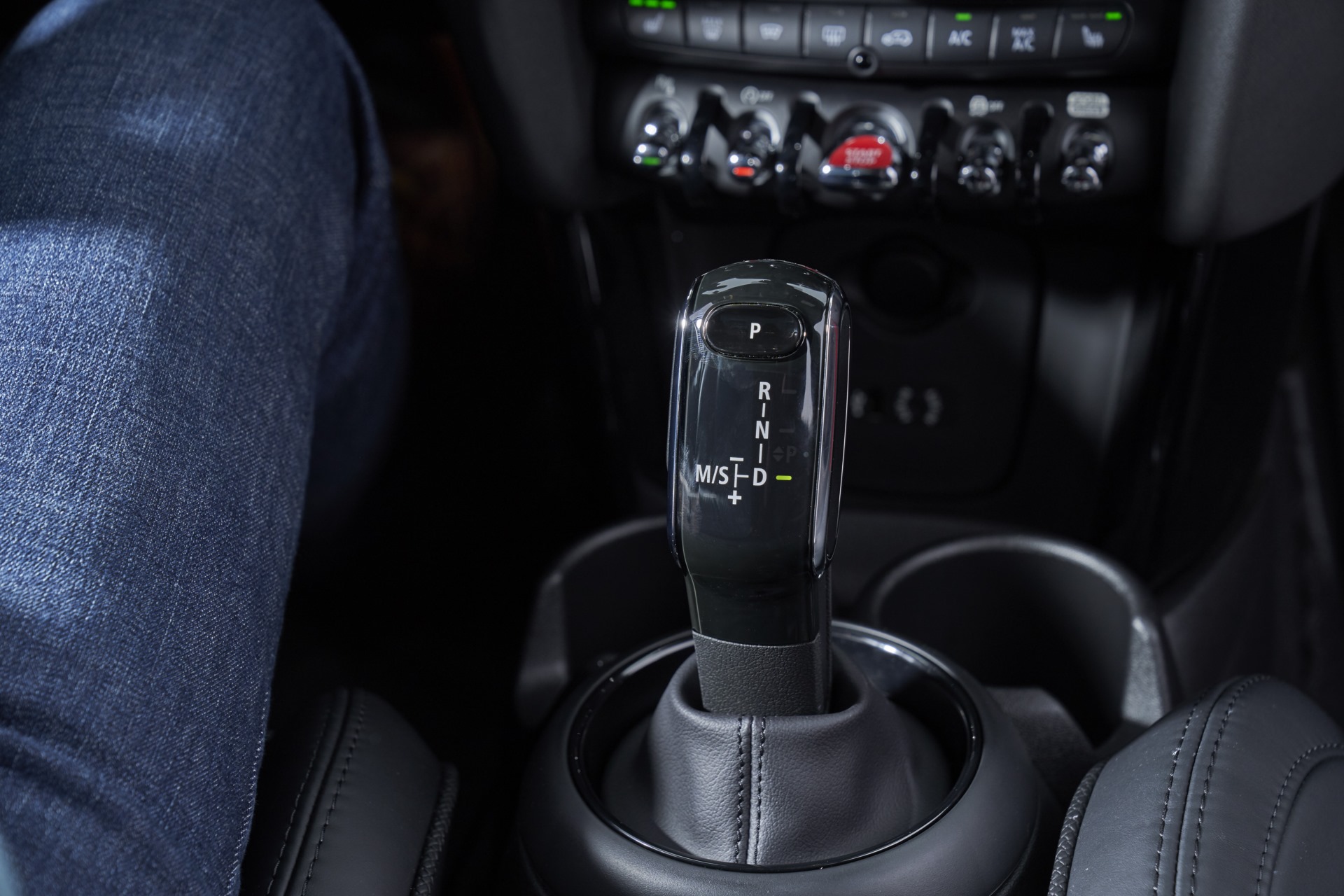 Official Release: Numerous new features in the area of drive technology enhance driving fun as well as reducing emissions in the current MINI models as of summer 2018. Emission control in all petrol-engine variants of the MINI 3 door, MINI 5 door and MINI Convertible as well as the MINI Clubman and MINI Countryman will include a particulate filter as of July 2018. The models of the British premium brand with this feature meet the particularly rigorous requirements of the Euro 6d-TEMP emission standard. This demonstrates how MINI consistently continues to pursue the optimisation of emissions in its current models. The diesel engine variants of the MINI Clubman and MINI Countryman have met the Euro 6d-TEMP standard since March 2018. Their emission control system includes not just a diesel particulate filter and an NOX storage catalytic converter but also an SCR catalytic converter which features a special urea injection (AdBlue) for highly effective reduction of nitrogen oxide emissions. 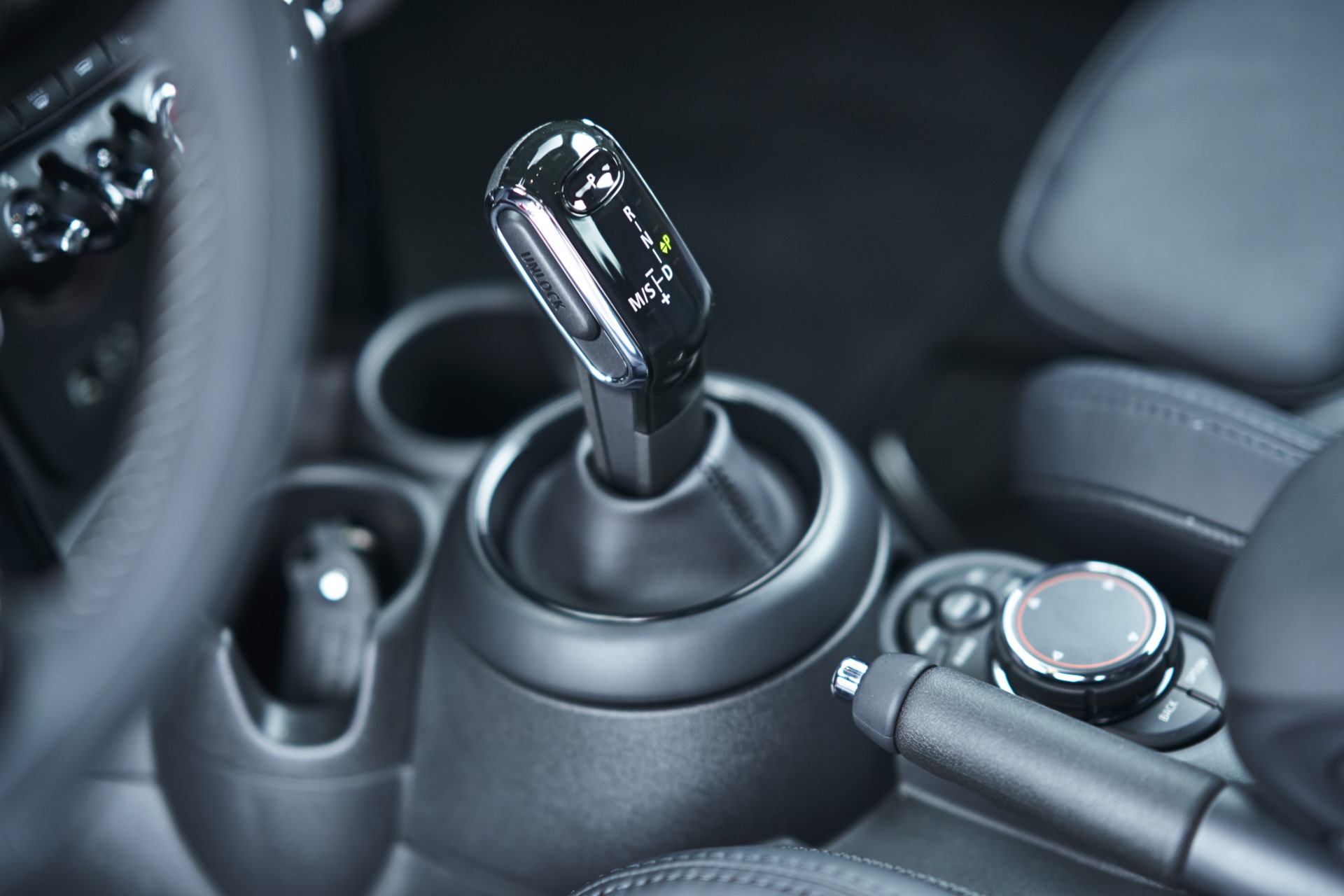 Fast gear changes and a high level of internal efficiency are the properties of the 7-speed Steptronic transmission with double clutch available as an option for further variants of the successful MINI models in the premium compact segment from July 2018 onwards. The use of two clutches when changing gear enables particularly sporty acceleration without torque interrupt. In addition to enhanced driving fun, the design principle adapted from motor racing also has all the comfort features of an automatic transmission. It ensures harmonious and acoustically barely perceptible changes in drive position, free of load change reactions in the engine – not just when sprinting but also when decelerating. The 7-speed Steptronic transmission with double clutch also enables use of the auto start/stop function and the coasting function to increase efficiency. Furthermore, the transmission control is networked with the navigation system if the vehicle is fitted with one. In this way, navigation data can be used to adapt the choice of gear perfectly to the route. Operation of the 7-speed Steptronic transmission with double clutch is by means of an electronic gear selector switch. This transmits the driver’s instructions by means of electrical impulses to the transmission control.

The new Connectivity Package is available for the MINI Clubman from July 2018, providing the very highest level of entertainment pleasure and intelligent connectivity. It includes especially high-quality fittings for navigation, communication and sound, combined with perfect operation and functionality. The central component of the package is the option Connected Navigation Plus with 8.8-inch touchscreen and MINI Touch Controller, Real Time Traffic Information and automatic navigation map update via mobile phone connection, established by means of the integrated SIM card. The Connectivity Package likewise includes Apple CarPlay preparation, MINI Connected XL and telephony with Wireless Charging, allowing cable-free charging of mobile phones with this capability.

In addition, a DAB tuner allows reception of digitally transmitted radio programs in particularly high sound quality. An inspiring sound from all audio sources is also guaranteed by the Harman Kardon hi-fi speaker system that is also included in the new Connectivity Package – with 12 speakers, an 8-channel digital amp and an output capacity of 360 watts.

As standard in the MINI Clubman and the MINI Countryman: automatic driving lights control.

An addition to the standard range of fittings for the MINI Clubman and the MINI Countryman from summer 2018 serves to enhance both comfort and safety. In future, the two MINI models in the premium compact segment will be fitted with automatic driving lights control as standard. This function ensures needs-oriented activation and deactivation of the headlights and rear lights depending on the light conditions in the environment of the vehicle. For this purpose, the driving light switch in both models can be turned to an additional position from July 2018: it is marked by a graphic symbol containing the letter “A”. When using the automatic driving lights system, the lights are not only activated at night but also when dusk is falling and when visibility is poor due to the weather conditions, as well as when passing through tunnels or in dark multi-storey car parks.