In the event’s 12th anniversary year, MINI TAKES THE STATES 2018, will have stopovers in a total of 11 states covering a combined distance of over 5,000 miles, before converging on the resort of Keystone, Colorado, in the majestic Rocky Mountains, the venue for a massive end-of-rally celebration party for the MINI family and their friends.

The Western route participants will gather at the famous Portland Meadows horse racing track on Saturday before heading for their first stop in Ashland, Oregon. Those starting in the East will meet at Tinker Field located at Camping World Stadium in Downtown Orlando ahead of their journey to their first overnight stop in Tallahassee, Florida.

MINI USA has again chosen Feeding America, the nation’s largest hunger-relief organization dedicated to fighting domestic hunger through a network of food banks, as the Official Charity Partner of MTTS 2018. Two years ago, over 1.3 million meals were provided to families in need as a result of the generosity of the MINI TAKES THE STATES family.

Another highlight of this motoring adventure will be debut of the MINI John Cooper Works Hardtop International Orange Edition. This limited production, special edition model will be showcased on both the Eastern and Western routes and will also be on display in Keystone, Colorado, at the final gathering events July 20 – 22.

Are you joining MTTS? We’d love to hear from you in the comments below! 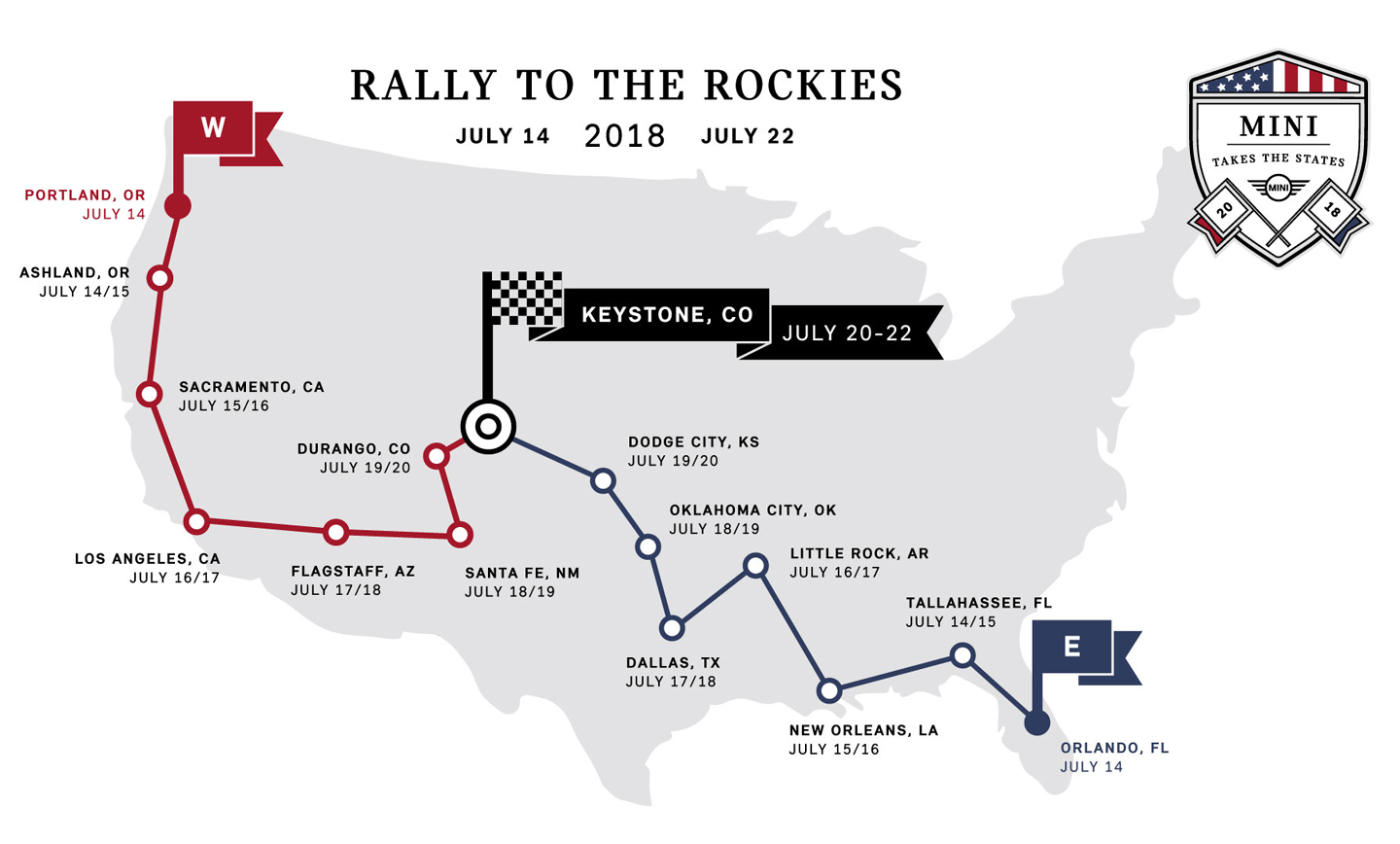 There have been six MTTS road trips starting with the inaugural rally in 2006. The seventh biennial MTTS rally will travel through America’s scenic backroads and byways. In true MINI TAKES THE STATES fashion, these routes will not take a direct path but rather focus on state and county roads as they make their way across the country.