Among one of its most direct competitor, the JCW Countryman is a great buy. That’s our quick (and surprising) opinion after spending five days and 500 miles in the brand new BMW X2 28i. While our full review will go into further depth we thought we’d pull out some of what we’re finding after just a few days:

– The BMW X2 looks great and clearly appeals to a wider group of people than the Countryman JCW based who we’ve spoken to about the two cars.
– There is limited rear visibility in the X2 to the point that changing lanes should be done with great care. On the contrary the Countryman has great visibility.
– The X2 doesn’t offer the rear seat fore and aft adjustment that we’ve found so beneficial on our Countryman.
– Due to the coupe profile, the X2 has noticeably less headroom and less luggage space in the trunk. It also doesn’t have the Countryman’s surprisingly useful picnic bench.
– The X2 doesn’t necessarily feel any more premium than the Countryman in material quality however the overall design is certainly more restrained and angular.
– While the engines and automatic transmissions are identical, on the JCW Countryman offers a manual and thus is immensely more involving
– Even with only a 60 lbs difference, the Countryman feels more lively and eager.
– The Countryman has one major ace in the hole in terms of performance – Brembo four-piston brakes. In both braking performance and feel they are easily superior.
– The cost difference is about what you’d expect. Our JCW Countryman retailed for just under $46,100 while our X2 test car (equipped to the same level) is priced at $50,920 (all including destination). 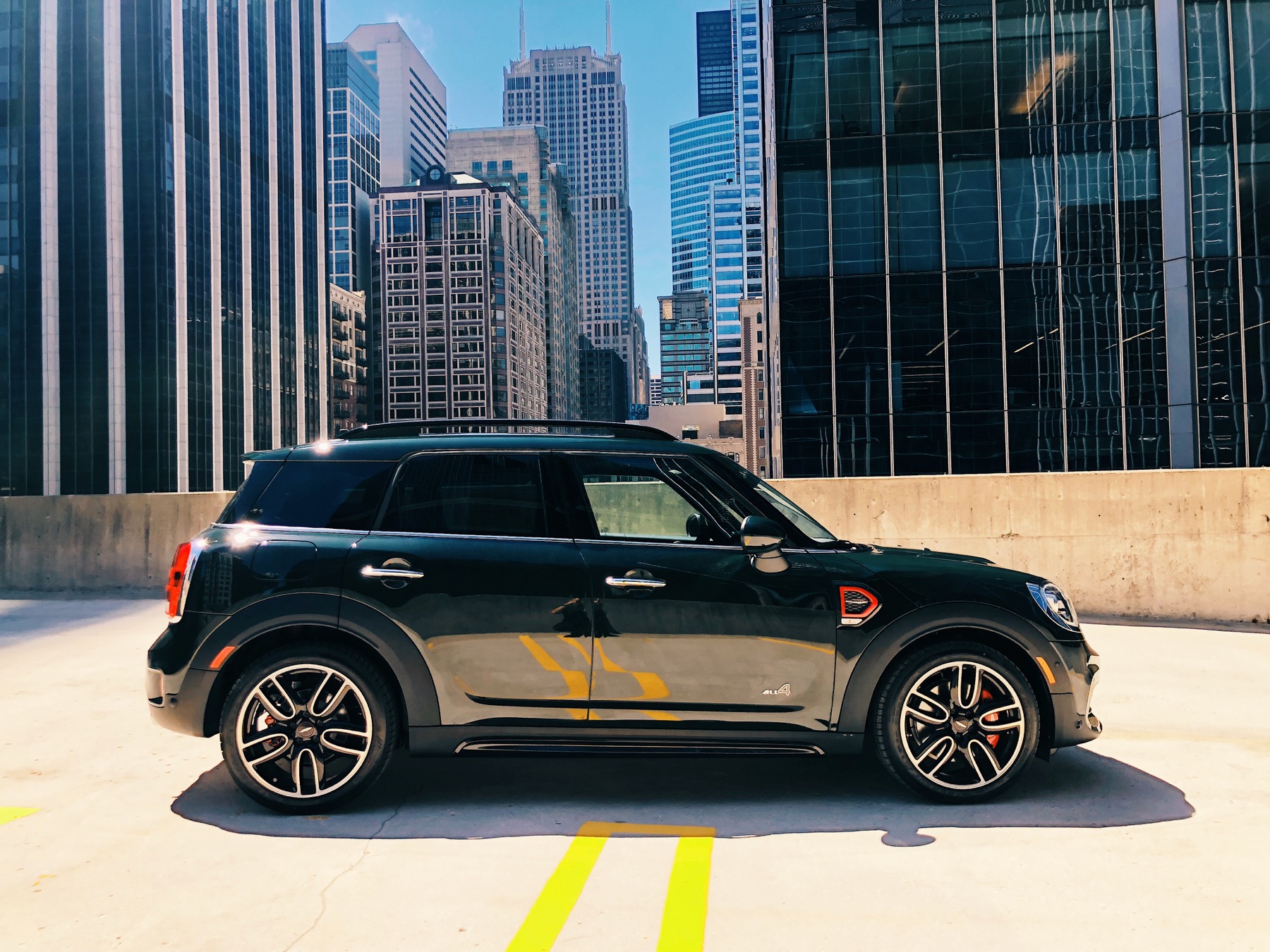 What does all this mean? The Countryman is clearly the best value here with the same equipment, greater performance (due to less weight and a more aggressive calibration of the suspension), better brakes and more utility. That said it’s hard to argue with style of brand. If those things matter to you and the X2 looks the business in your eyes, that $5k difference might not matter than much.

We’ll have more on these two in our full review coming soon.