Three cars. One chassis. Two very different driving experiences. That’s what we found after spending some time back to back to back with these three UKL2 based BMWs and MINI. But what is really the better car here? Surprisingly it’s the least expensive one.

If you care about driving engagement, performance and value for money, the JCW Countryman is the clear winner here. In our time with these cars, it quickly became clear that MINI took the shared BMW mechanicals and pushed things in a decidedly driver oriented way with the Countryman. And then even further with the JCW Countryman. 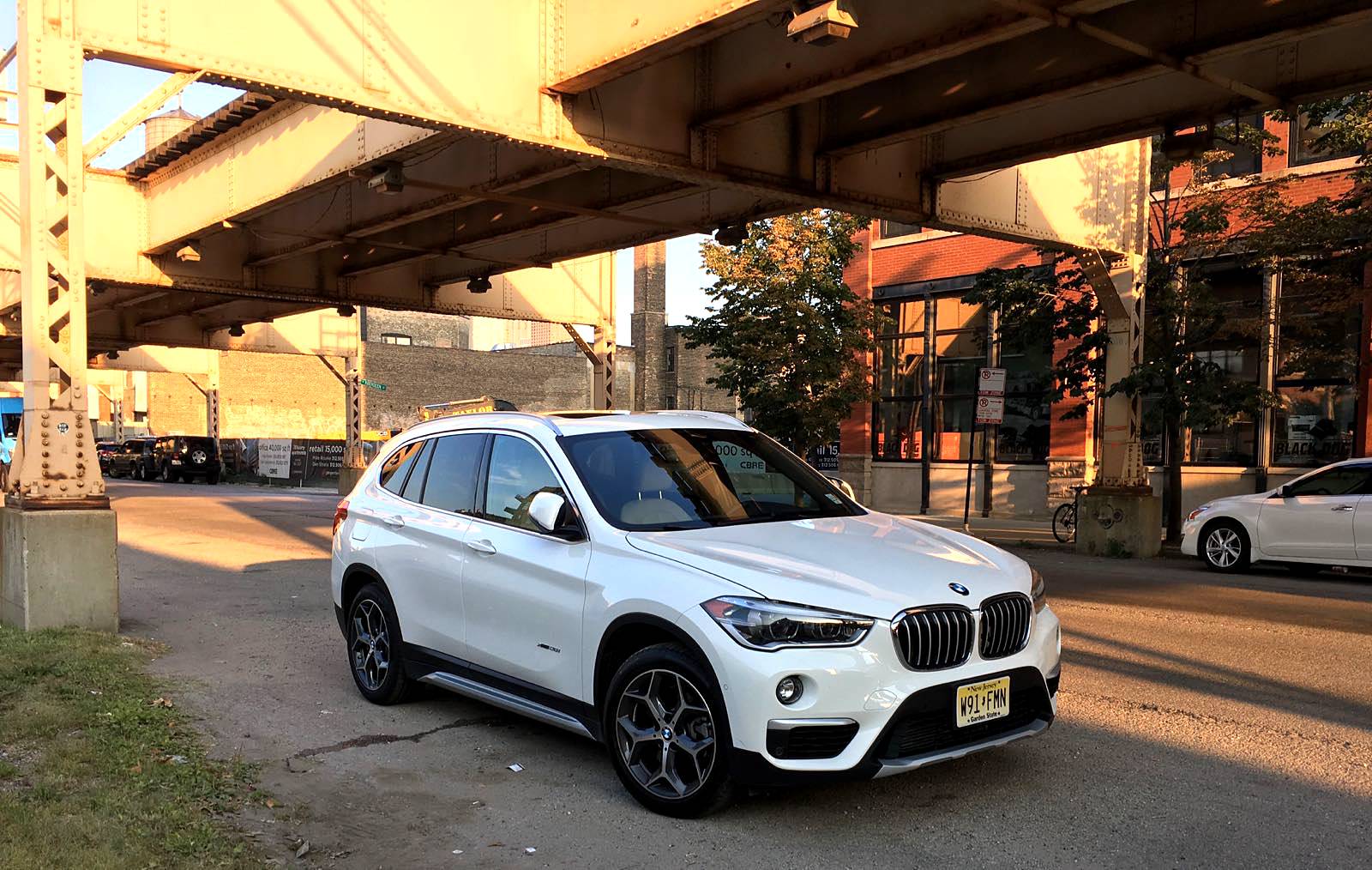 There are several factors as to why. For one the Countryman weighs around 60 lbs less than either the X1 or X2 (depending on trim). Our particular version (without manual seats and without a sunroom) likely is well over 100 lbs lighter. Then there’s the size. Yes they’re all based on the UKL2 chassis but the X1 is a full 6″ longer (while the X2 is only 3″ longer). 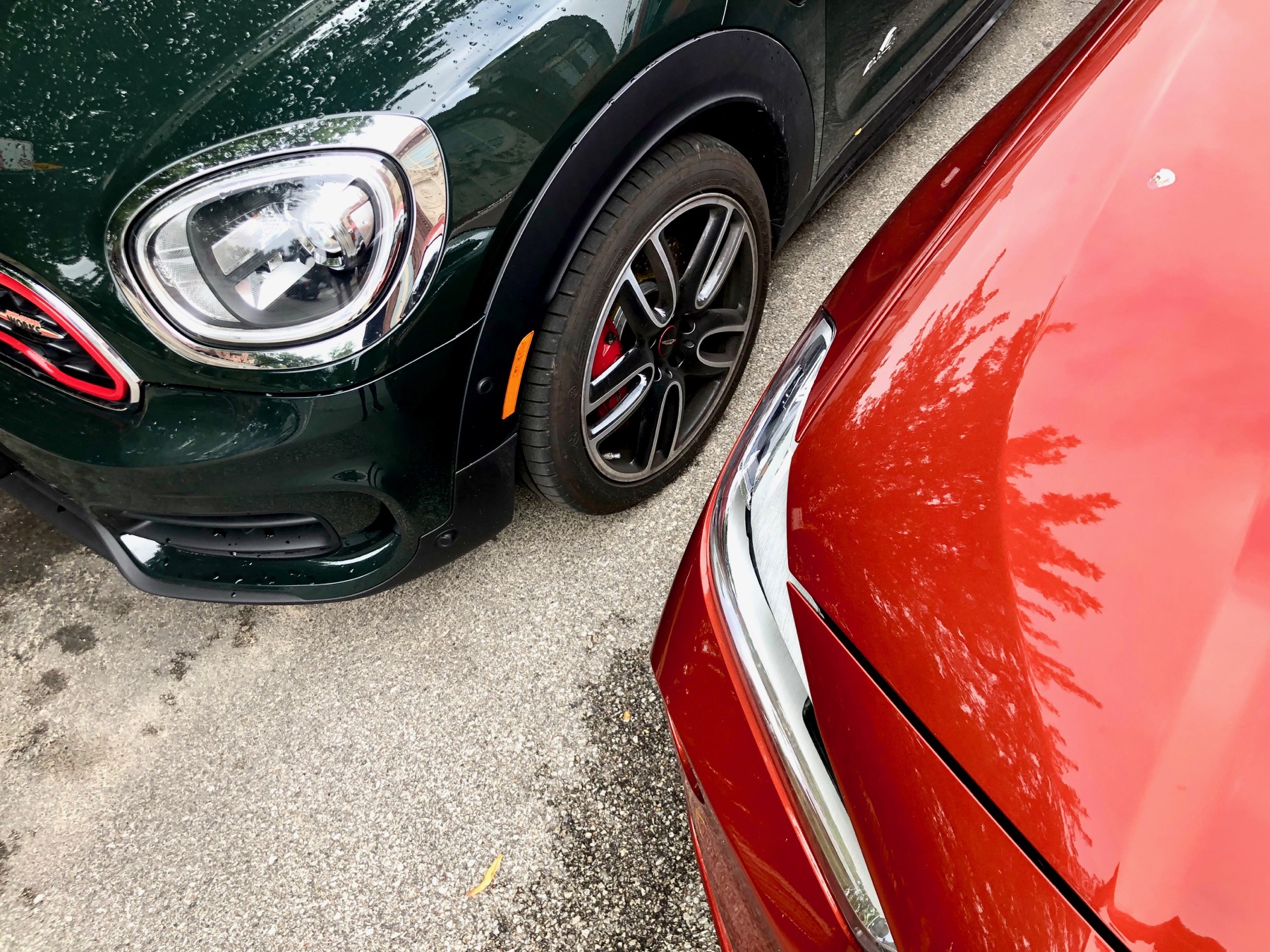 Countryman has four major aces in the hole in terms of performance and engagement. First are the Brembo four-piston brakes. In both braking performance and feel they are easily superior to the smaller, less aggressive braking systems on the X1 and X2. So big is the difference that we recommend you never drive a JCW Countryman if you plan on buying an X1 or X2.

Secondly is the standard manual transmission – something unavailable in the X1 or X2. This is a key differentiator and one that clearly signals the intent of the MINI brand to be the one to cater to automotive enthusiasts. While it’s not perfect, it’s a great way to add engagement and ultimately everyday enjoyment. 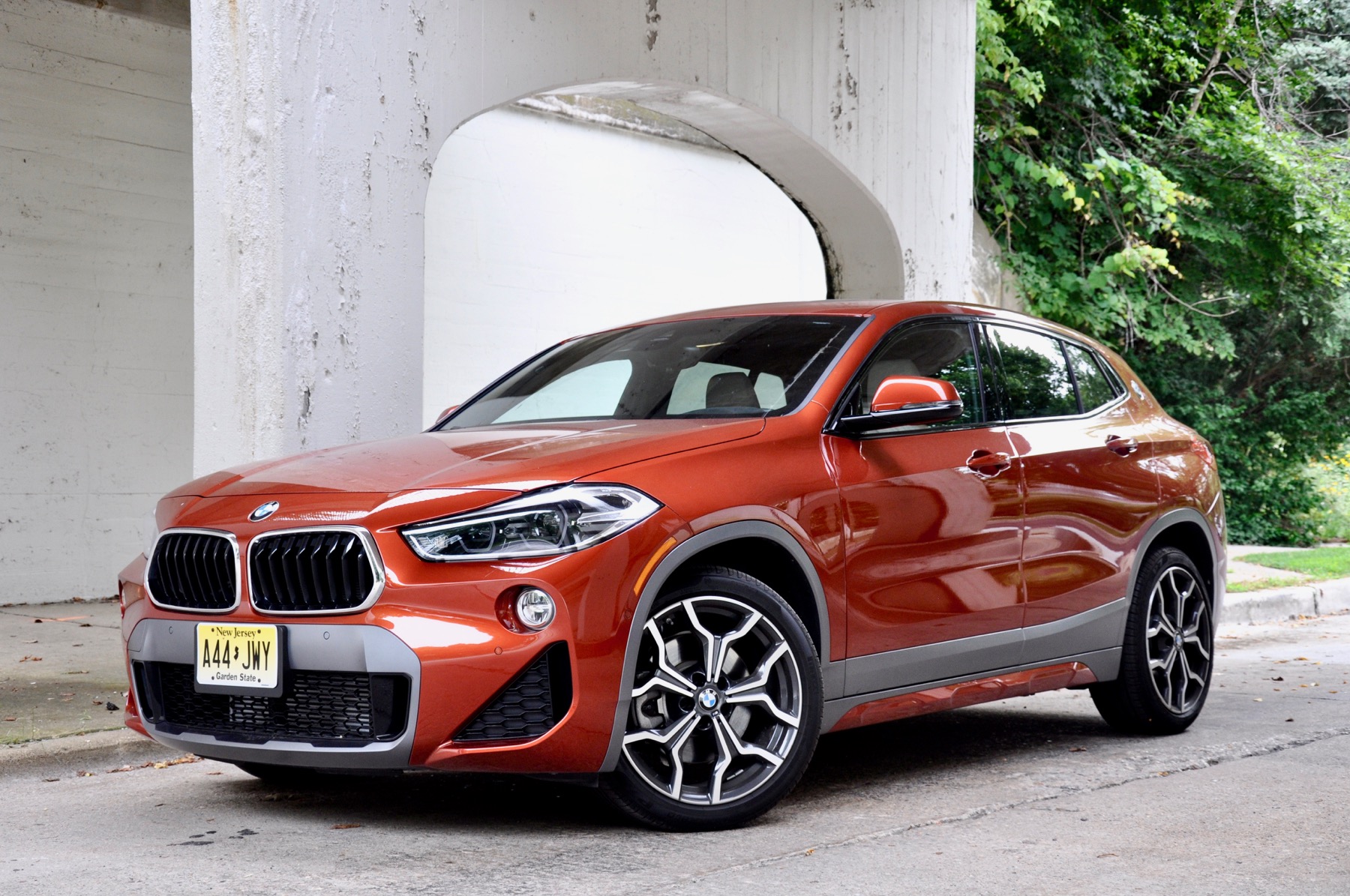 Inside the Countryman offers aggressive Recaro seats finished in a striking combination of cloth and Dynamic (a suede-like fabric almost identical to Alcantara). They provide the same comfort as the standard Cooper S/BMW sport seats with more lateral support in both the bottom cushion and seat-back. Then also look great with the off-set stripe running down all four seats. It’s also worth noting that, if not optioned properly, it’s easy to end up with non-sport seats in the X1 and X2. The same seats that come standard in the Cooper model of all MINIs.

Finally there’s the steering rack. The X1 and X2’s rack has a ratio of 15.7:1 vs the JCW’s 14.1:1. The result is that the JCW feels much more lively and immediate while the BMWs feel noticeably more relaxed and deliberate. With these three differences its clear that BMW and MINI are catering to similar but decidedly different audiences.

Packaging is really interesting here considering the identical starting points for all three cars. The X2 is the least utility driven design here. There is limited rear visibility in the X2 to the point that changing lanes should be done with great care. Rear headroom is limited and the sloping rear roof reduces the trunk volume and loading ability. As you’d, expect the X1 has none of these issues and features a very handy rear seat adjustment that allows fore and aft movement. 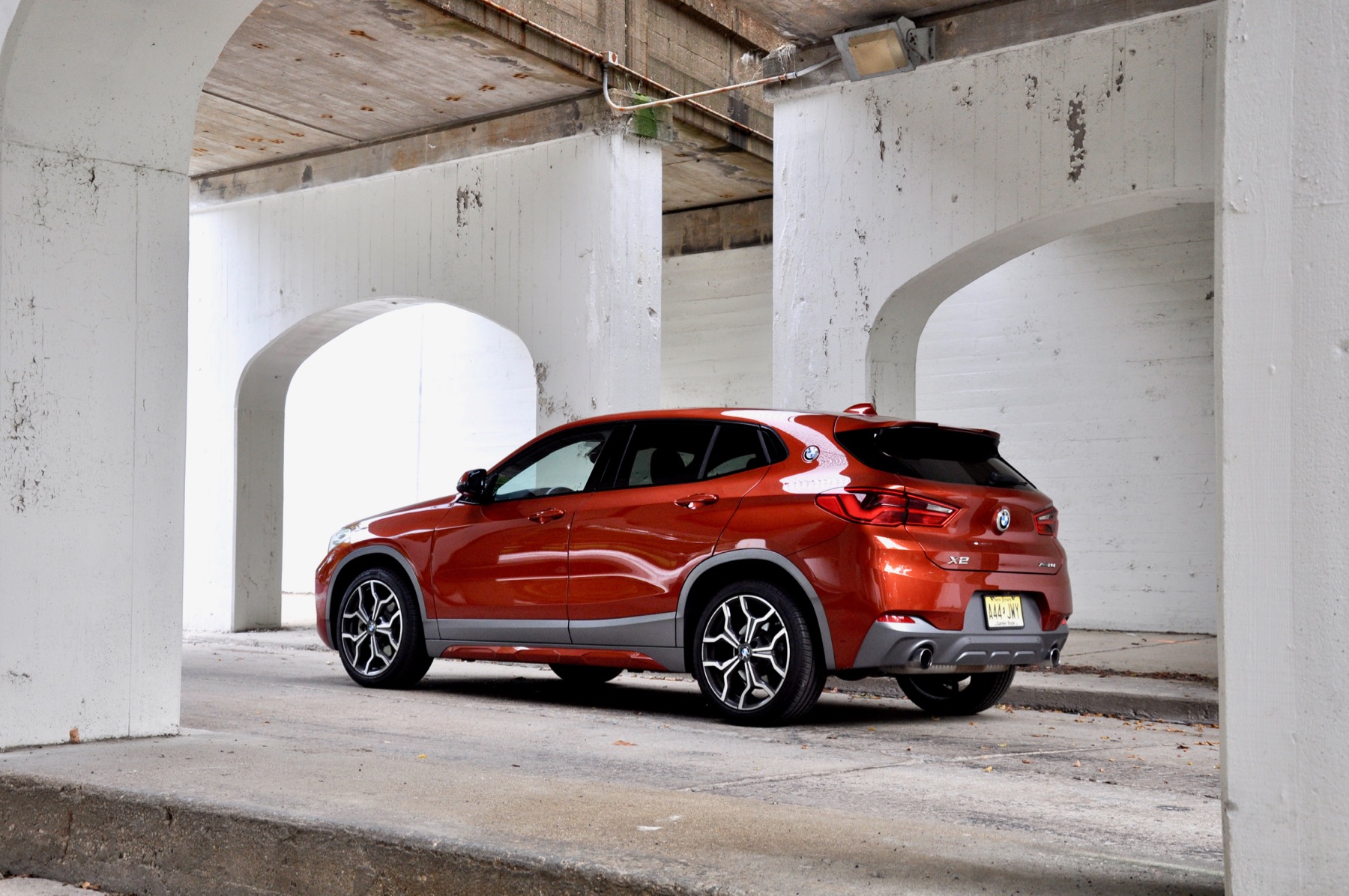 The Countryman matches the X1 feature for feature here but also throws in the surprisingly useful picnic bench that’s a unique to the MINI. It feels as useful and (crucially) as large inside as the X1 in the real world. Perhaps most impressively, it does it all in a package that’s 6″ shorter and slightly lighter.

Pricing is another area that the Countryman does well in. Our JCW Countryman retailed for just under $46,100 while our X2 test car (equipped to the same level) is priced at $50,920 (all including destination). The X1 we compared wasn’t as well equipped but had it matched the JCW option for option its MSRP would have been $48,625 – almost $2,500 more than the JCW. Put plainly the JCW Countryman is the choice for someone looking to get the most out of their money in these three cars.

A lot has been said about the cost of the JCW model of the Countryman and its pricing. The reality is that the average car price in the US is now over $36,270 as of last January (a price that’s likely gone up since then). Compare that to the starting price of the JCW Countryman at $37,900 and you can see why we think the JCW Countryman actually delivers fair value given its design, quality and performance. All is not perfect as there are plenty of other small crossovers that deliver more for the money on paper. But that’s why we drive these cars to fully judge them. The Countryman delivers a great combination of performance, engagement and utility for the money. While prices add up quickly with options in the MINI world, a lightly equipped Countryman looks like a fair value to us. 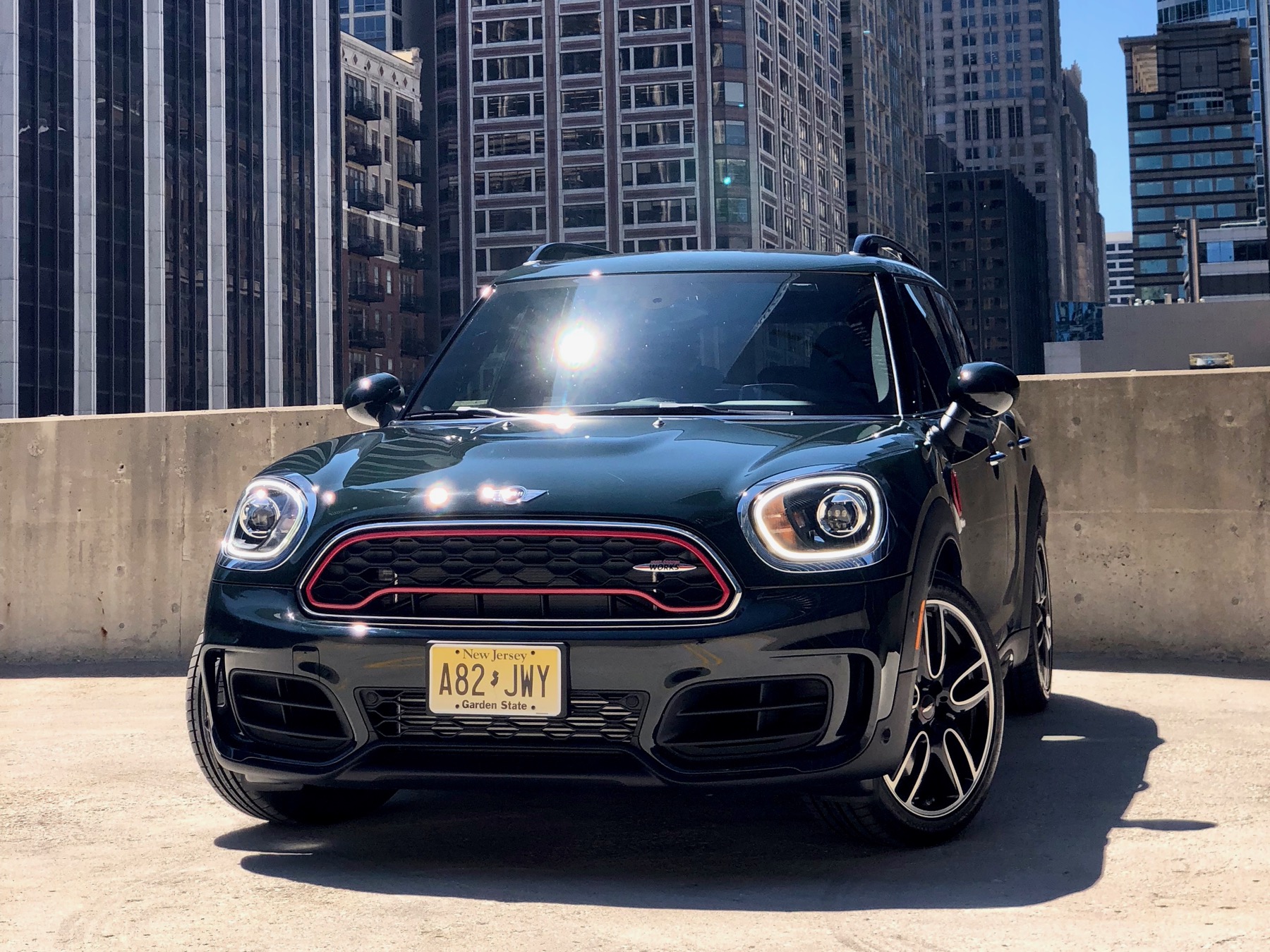 No surprises here. In our minds and for our money our JCW Countryman is our choice hands-down. While the X2’s striking looks made it a crowd favorite, we preferred the Countryman’s more unique styling inside and out.

BMW has a long history of performance oriented cars, it’s MINI that upstages both BMWs as the more fun to drive machine here. The JCW manages to pull-off the tough feat of catering to the enthusiast while being more reasonably priced. And it does it whole offering the same quality of engineering and in materials as the BMWs.