According to our sources, next year’s all electric MINI will make liberal use of the BMW i3’s powertrain. That means the best way to get a glimpse into the future is to simply get behind the wheel of BMW’s latest i3 – the BMW i3s. In this case we got behind the wheel of two – a Melbourne Red version on the road and an Imperial Blue i3s for the track. As you’d expect that “S” stands for sport and in this case that means larger and wider tires, a revised suspension and a more aggressive throttle response. There’s also a number of visual enhancements that all aggressively say this is the sporty i3. 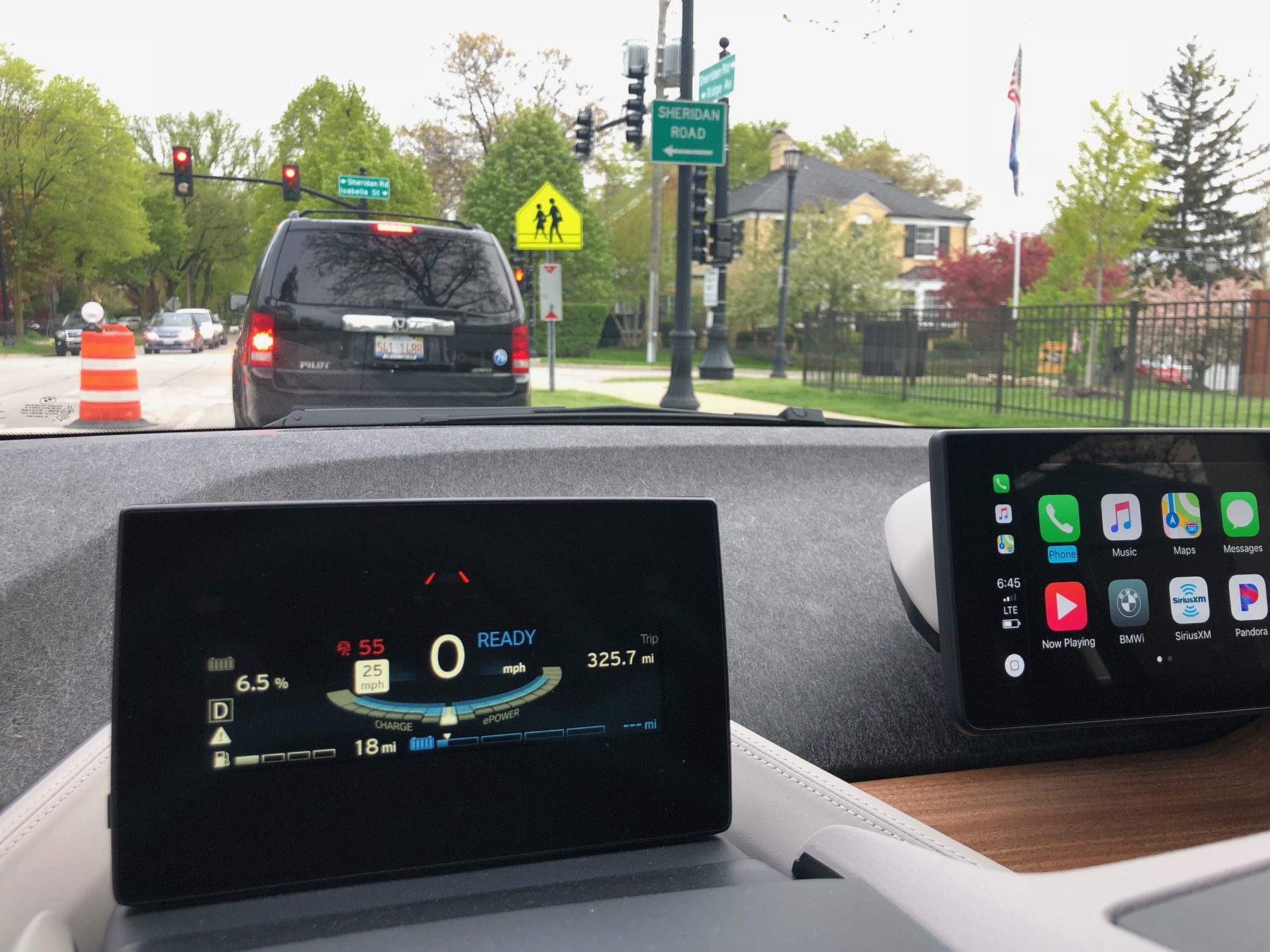 One of the biggest concerns we have with the upcoming electric MINI is a lack of range. The battery in the i3s is 33 kWh (94 ah) and gets approximately 120 miles depending on how you drive it. However it’s worth noting that BMW has crafted the i3 out of carbon fiber and aluminum making it shocking light for an electric car at 3,000 lbs. Given the MINI’s steel structure we’d expect it to be at least 500 lbs more. That means we should expect a rather short range if MINI uses the same battery/engine set-up that the i3s offers. But the truth is we don’t know what size battery MINI is planning – only that it will take advantage of the i3’s engine as is.

But if you think 120 miles is tough, you should have driven early i3s. It was hard to review the last i3 we had because we simply couldn’t use it that much. The time we had it incidentally coincided with a couple 100 mile round trip drive to Milwaukee from Chicago that the 80 mile range simply didn’t support. And counting on finding chargers that I had never seen let alone used before seemed like a stretch. This new i3s (our test car comes with a gasoline powered range extender good for another 83 miles) more or less fixed this issue. 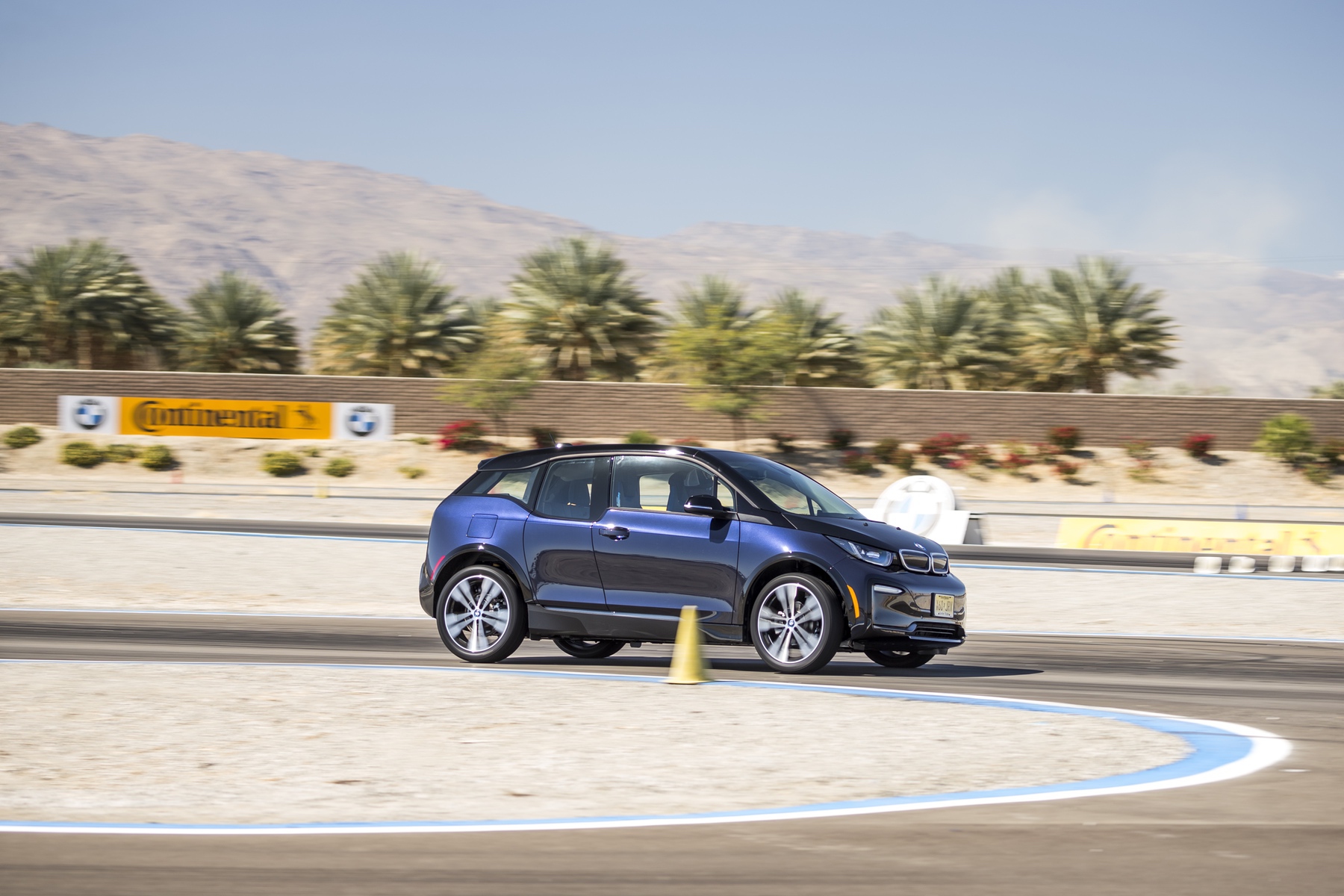 Driving the i3s on the highway is an interesting change of pace from my daily driver – a MINI JCW Countryman. It’s serene in comparison with the only noise being from the wind and expansion joints. The interior of the i3s is a great place to spend time. After five years on the market there’s still no interior like it outside of concept or hyper cars. For 2019 BMW updated the iDrive infotainment system system but because of the placement within the car they’ve turned off the touch-screen functionality. So while it feels a bit more updated than before, it lacks many of the features you’ll find in the latest BMWs and MINIs. Ironic given the technology elsewhere in this car.

Driving position and visibility are excellent – perhaps better than any other car BMW or MINI makes. I wish I could say the same for the seats which still feel more like park benches than buckets that cradle you. The complete lack of side bolstering for instance tells you how BMW intends you drive this car. The problem is that the chassis, instant torque and quick steering urge you on in a way that all great BMWs do. Hence the need for more side bolstered seats.

But what about the all new Level 3? That’s where the i3 starts to make some sense. Level 3 DC fast chargers can recharge the i3 battery up to 80% in as little as 20 minutes (80-100% slows to protect the battery from overcharging). 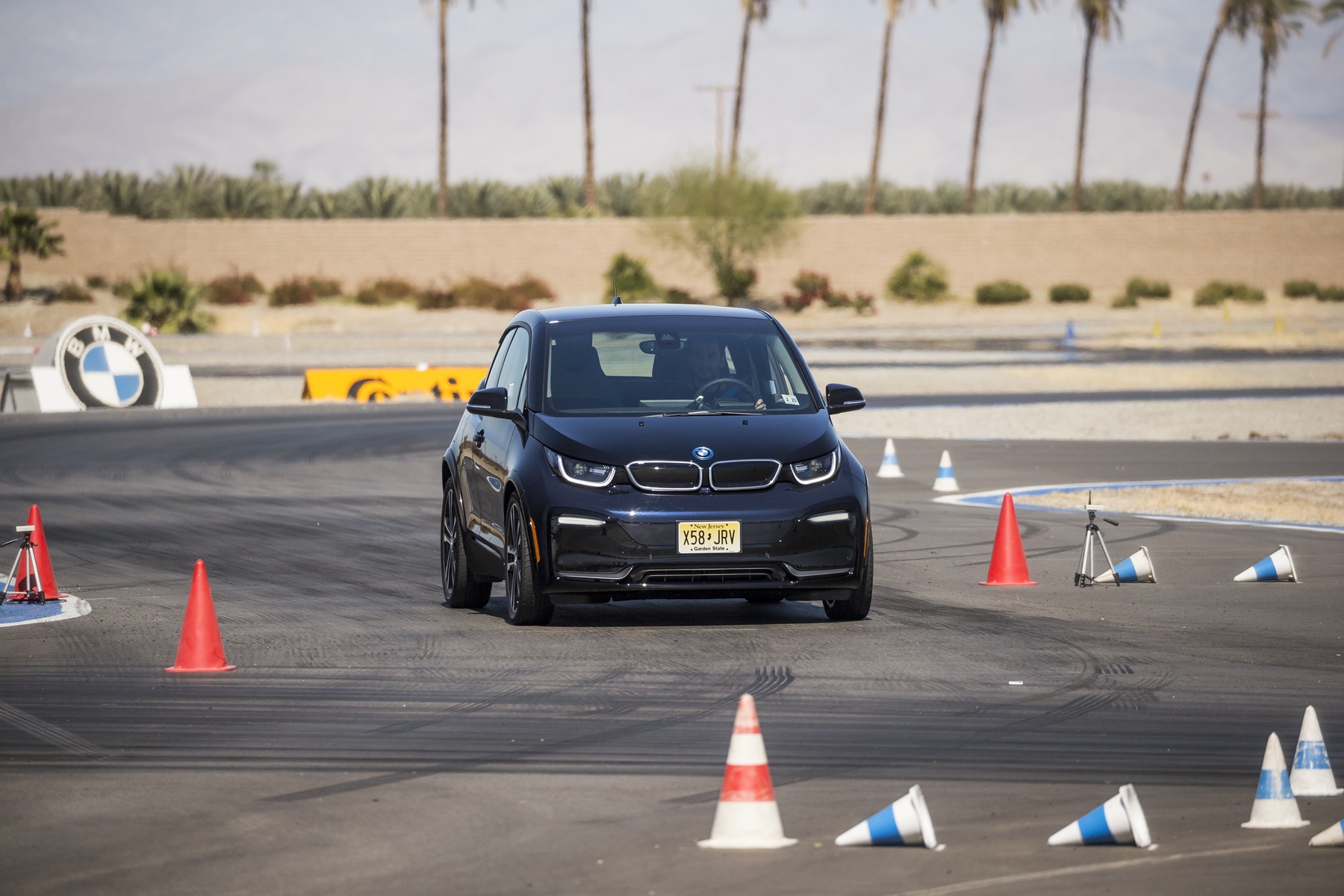 On an autocross or in the twisties BMW i3s is an absolute riot. It’s ability to change direction is almost shocking at first and quickly addicting. The suspension is much more aggressive than the standard i3 allowing for relatively flat cornering. This combined with the i3s’ rear wheel drive gives the car (and the driver) excellent control. While the i3s understeers at the limit, lift-off oversteer is easily accomplished and alternatively you can quickly get the tail out with a jab of the throttle. Although keep in mind, this is one of the very few BMWs that you can’t switch the traction and stability control off entirely. That means that, despite 100% of the torque being available immediately, you cannot take advantage of this being a rear wheel drive car if you’re looking to be a hooligan. 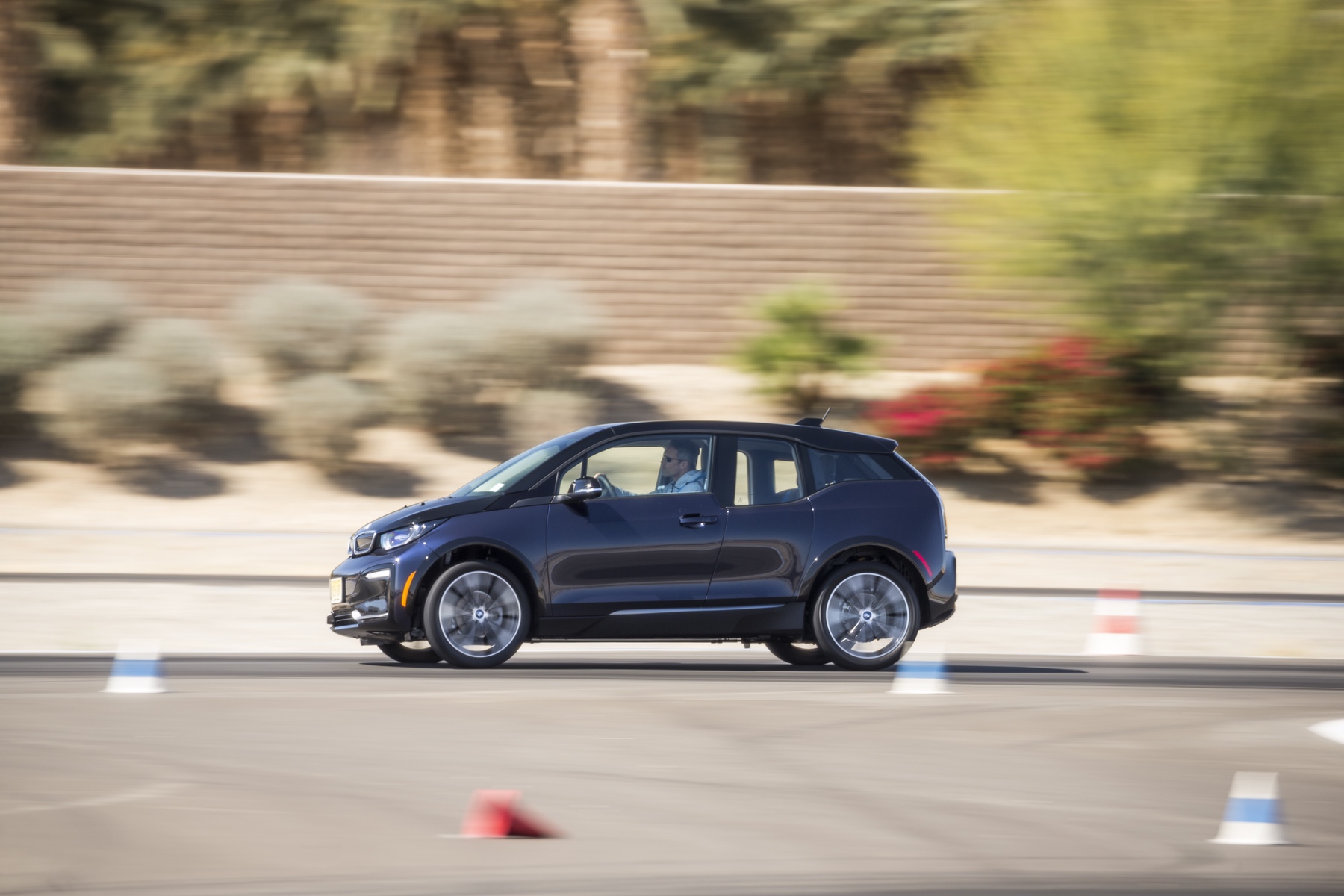 What does this mean for the electric MINI? The electric engine in the i3s puts out 181 and 199 lb-ft and gets the car to 60 mph in 6.8 seconds. Those numbers are very similar to the current Cooper S however don’t expect total parity if MINI uses this engine. With the weight penalty being expected (perhaps as high as 500 lbs) we’d expect that time to be well into the 7s.

We liked the i3s a lot. Maybe not $54,295 worth but this is an incredibly interesting and engaging car on almost every level. Yes this is pricey given it’s 200 mile range (remember our car came with the optional motorcycle engine range extender) but the material quality, engineering depth and engagement here almost makes it all make sense.

We expect MINI to be priced substantially lower thanks to an all-steel construction and the ability to leverage already engineered and developed components from the i3 and the current F56. What that price point will be is purely conjecture at this point but we know for a fact that MINI won’t win on the price/range equation just as it doesn’t win on price/performance now. But what we do expect is a moderately price and capable car that feels fun to drive and pleasing to look at. In that respect it may just upstage its bigger i3s brother.