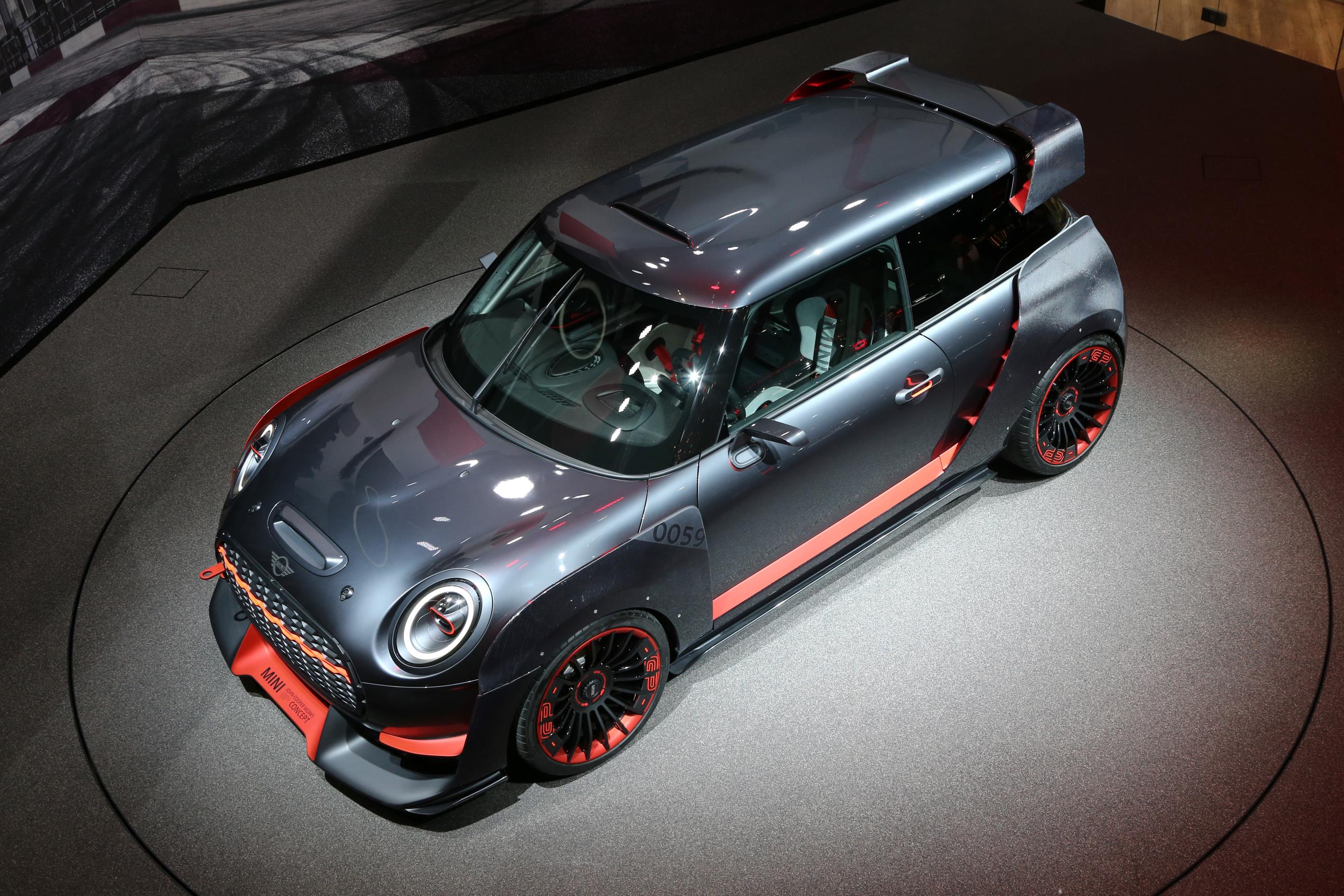 It’s unclear at this time if MINI will opt for an automatic (better for the track) or the traditional 6 speed manual (better for driver involvement). Clearly our preference would be for the latter but MINI may face some hurdles in that choice. For one the Asian market doesn’t buy manuals, making the GP a non-starter in places like China. Secondly the European market is quickly looking at manuals in performance cars as antiquated. The BMW M2 for instance has a 70/30 DCT/manual split in markets such as Germany.

Yet we think there’s an opportunity for MINI to own the enthusiast market with this car by offering a manual only. Making that a barrier of entry creates mystique to a car that should have one. It also suits the MINI character.

Not quite like the concept yet a bit more like the concept than the test mule above. We expect an aggressive front splitter and rear diffuser along with the giant rear wing seen above. Unfortunately that means those lovely boxed fenders are out. Also unlike the concept, MINI intends on having a full finished interior (there will not be bare metal) but we don’t expect rear seats.