5,000 miles will tell you a lot about a car. Behind the wheel of the JCW Countryman it’s confirmed just how great an all-round small crossover this is. Thanks to its design, packaging and engaging performance, the JCW Countryman stands out as truly different in a sea of crossover sameness.

Our JCW Countryman feels decidedly broken in after 5,000 miles. It’s always amazing to me how quick MINI’s all wheel drive system can be and how it magically transfers torque ahead of wheel-spin. Yet with the manual transmission you can detect moments where it’s slower to react than what you the driver are wanting. There have even even been times that I’ve felt the front tires lose traction in the wet due to the torque not being transferred quickly enough. But all told this is a system that is almost bulletproof in its daily operation. It creates a car that feels feels confident as much on the highway as on wet country roads. 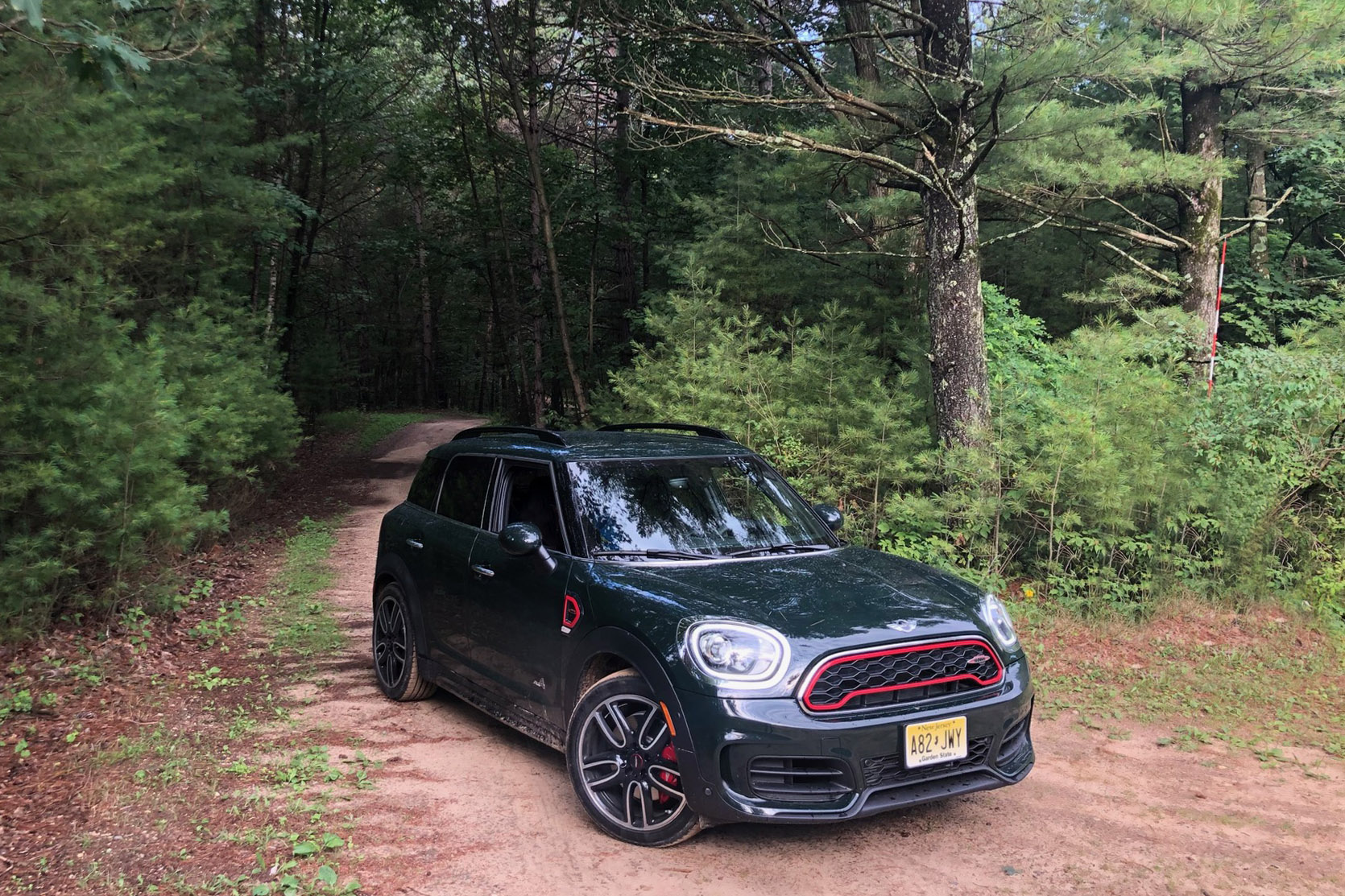 The Countryman vs the Clubman

If you’ve been following MotoringFile you’ll know that this is our first F60 Countryman we’ve had and our first Countryman we’ve tested long-term since our 2011 Countryman Cooper S. After two years of enjoying a Clubman (in Cooper S and then JCW trim), the Countryman has really surprised us. How different can a Countryman and Clubman be in terms of space? Surprisingly a lot. The utility of the rear hatch vs those cute clubdoors is decidedly greater thus getting things in and out is just plain easier. The $250 underfloor storage option (also present on the Clubman) is once again helpful. The killer feature however (as it is in any MINI with this option) was the ability to extend the rear storage space and create a packing partition by moving the seats to the full vertical position. This allowed for the Countryman to essentially become a small van if needed. 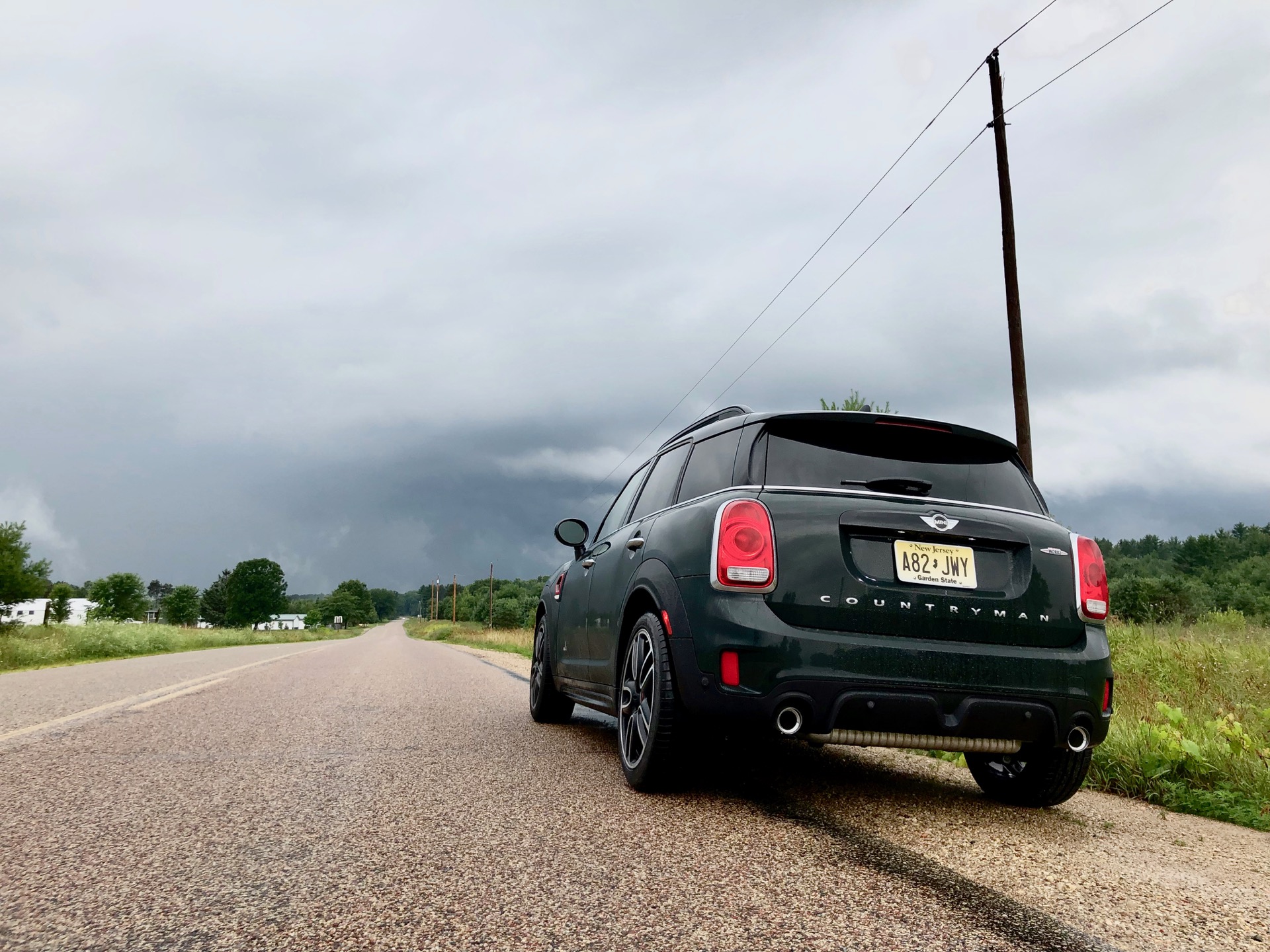 Right away it was evident that MINI has done an excellent job with the suspension set-up on the JCW Countryman. There’s nuance to the feedback that isn’t often present in small crossovers and feels absolutely on-par with the Clubman (more so here with the smaller sidewall of the 19” wheels). Reactions and responses from the car are a touch more deliberate than in the hatch but given the size and space the JCW Countryman that’s expected.

Weight is up on the JCW Countryman by around 150 lbs over our previous JCW Clubman on average. But some of that weight has been saved due to this particular JCW Countryman having a manual transmission, manual seats and no sunroof (our Clubman was an auto with electric seats and a sunroof). Body control is exceptional and that extra weight is completely hidden in any normal road going scenario. In the canyons of California or the twisties of the Dragon you might start to feel it but in our experience thus far it’s been almost invisible. 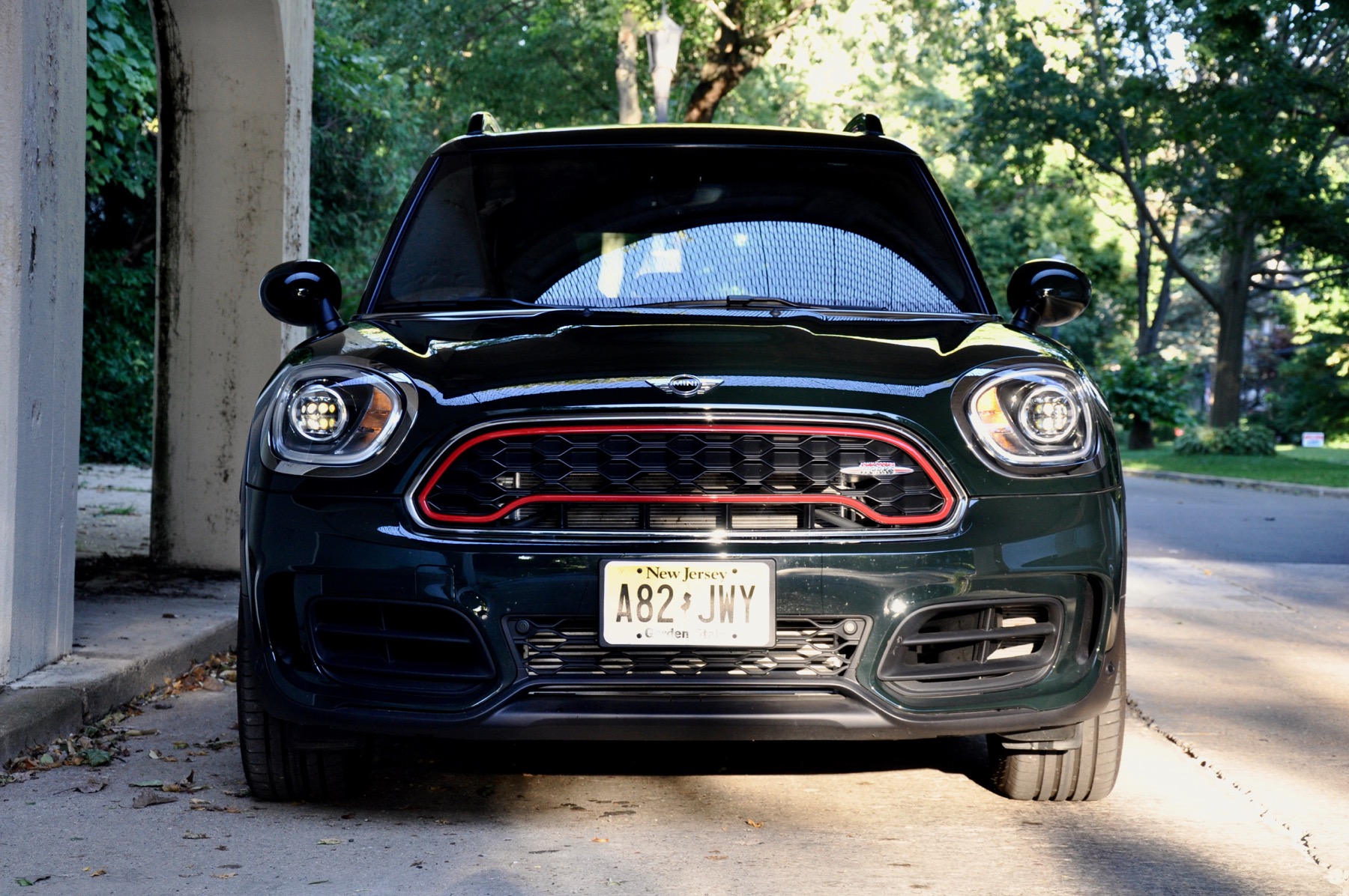 The manual has been an excellent addition. And as with all good manual equipped MINIs, there’s an added interactivity to this car that makes you feel much more connected to every part of the driving experience. Your senses are heightened which is a very good thing in a car that is always giving you feedback.

Would we get it again over the excellent 8-speed automatic we had in our JCW Clubman? Resoundingly yes. That said this is not the perfect manual transmission we’d hoped for. The travel from 1st to 2nd is long and overly deliberate and the clutch is a bit light. There’s a reason the automatic is faster from a standing start and this isn’t a manual transmission is designed for drag racing.

But the biggest issue with the drivetrain is the 2.0L four cylinders unwillingness to rev quickly. This is an engine that can feel lazy at times which feels completely at odds with the rest of the JCW Countryman’s performance. Having a manual further exposes this issue. 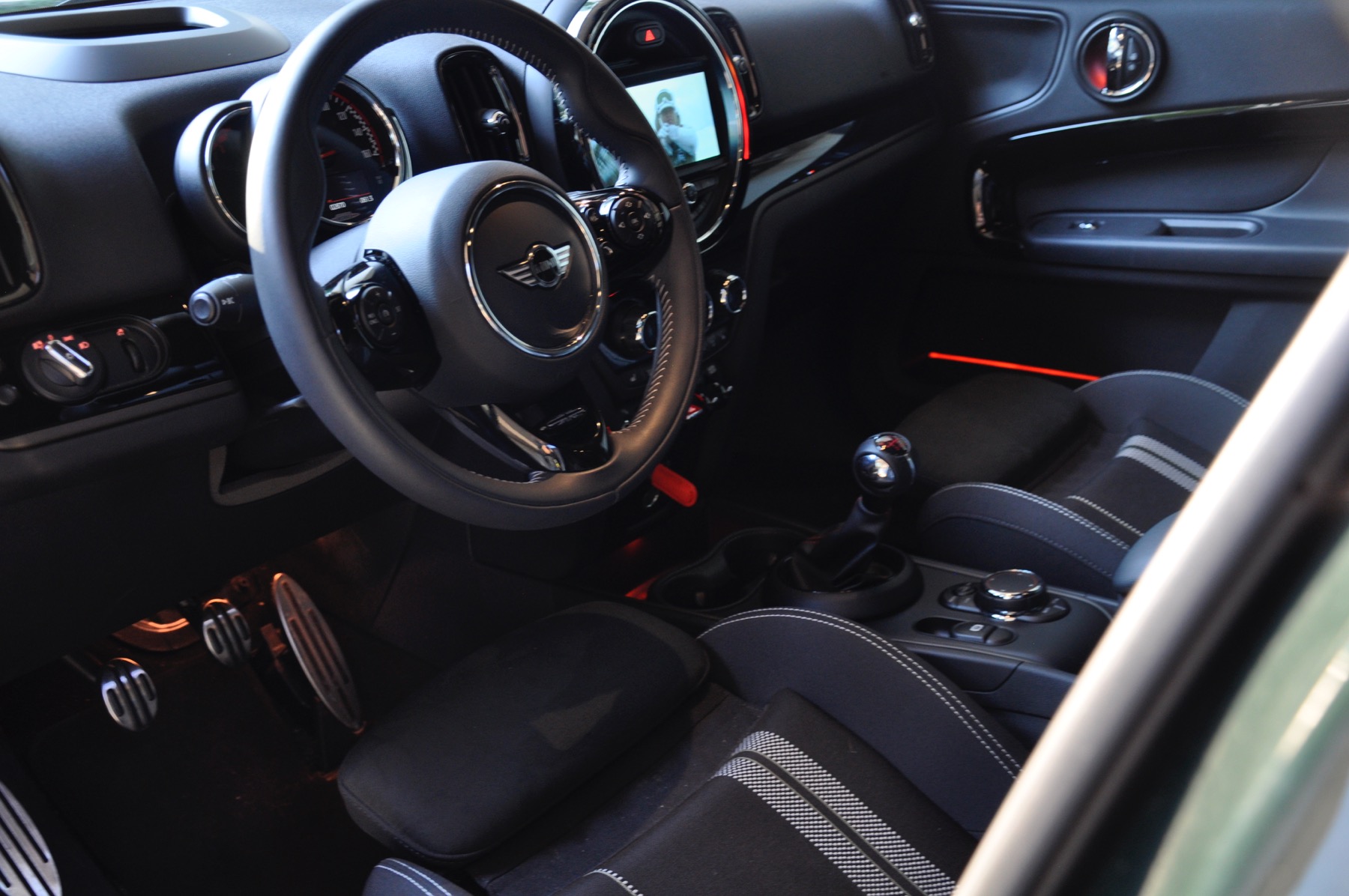 As we mentioned above we love the utility that MINI has designed into the Countryman. There’s also a quality here that makes this Countryman feel (maybe for the first time) an actual premium product. It’s an inviting and comfortable place to spend time time in both the front and the back. 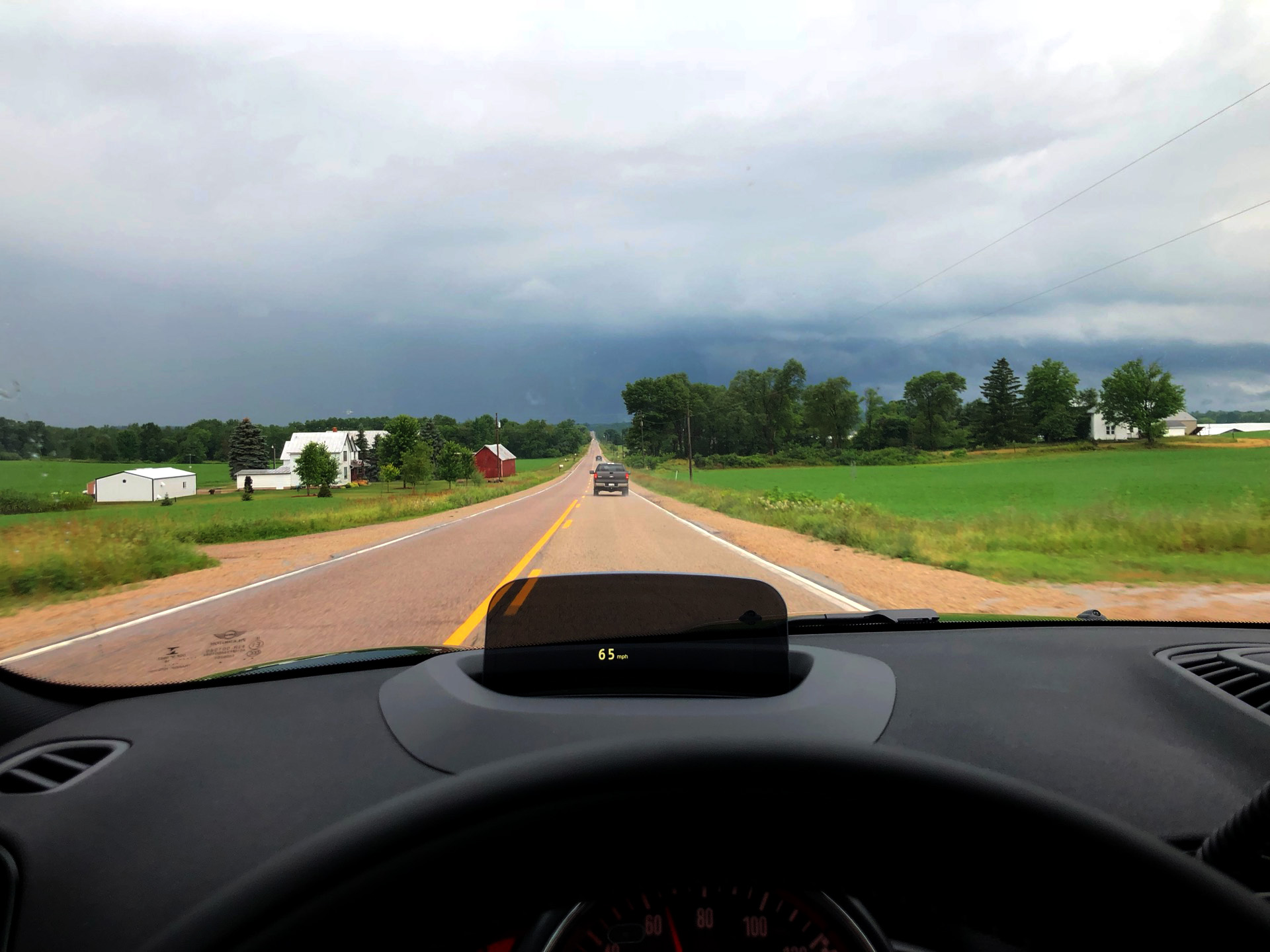 What’s Next: Winter is Coming

Last year we fell in love with our JCW Clubman all over again thanks to some great snow tires. This year we intend to do the same and properly prep our JCW Countryman for the white stuff. Further enhancing this should be the manual which will allow for a bit more control and maybe even a few donuts now and again.

What is certain is that we haven’t fallen for a MINI as hard in a long time. Yes we loved our JCW Clubman and would recommend one in a heart-beat. The truth is that Countryman has surprised us in its added utility and overall design.

the $20,000 MINI Officially Returns with the MINI Oxford Edition Now for Everyone