Autocar recently sat down with Frank Stephenson to talk about his past, current and future projects. But most interesting to us was his stories of how his MINI, perhaps the most beautifully designed of all new MINIs, came to be. 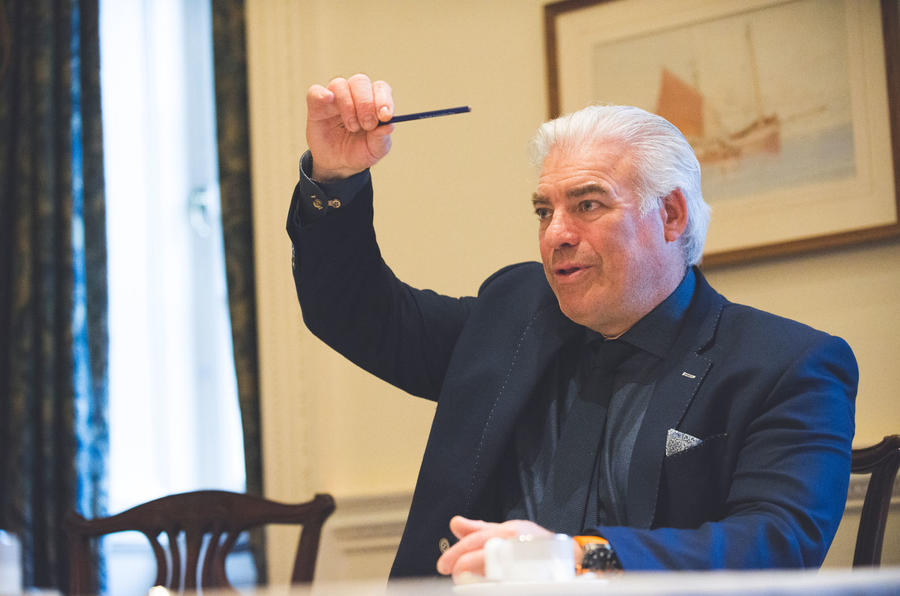 Here’s an excerpt from the interview:

“When BMW bought Rover, it had to decide whether to carry the Mini on, or let it dissolve,” he explains. “The Germans wanted a new project, but they were very aware they were recreating a much-loved British icon, so they had to be very careful how they did it.

“Usually, a new car project comes out of a competition between two or three design teams, which is expensive enough. But this time they appointed 15 different designers, from the UK, US, Germany and Italy. We were all given a month to design the car, then five months to make a full-size model with a team of modellers. The teams weren’t allowed to communicate in any way. At the end, the different models were all displayed in what is now the British Motor Museum, Gaydon, with seven Rover and seven BMW executives on hand to make the decision.” 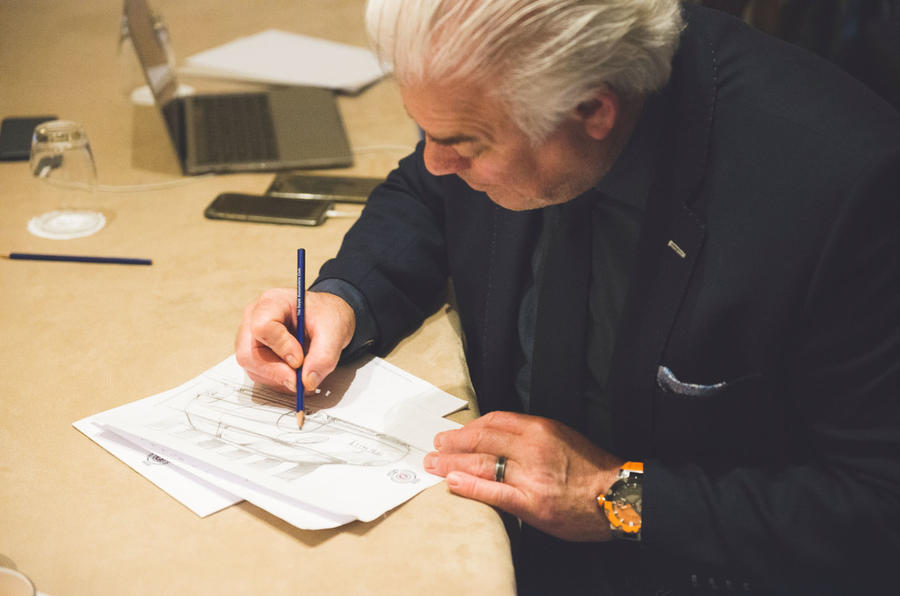 The proposals were all very different, recalls Stephenson. One designer “fell asleep for six months” and simply scaled up the outgoing Mini. Another “kept smoking illegal stuff” for six months straight. No one else did it like Stephenson, who used several weeks of his initial month to visualise how the Mini would have progressed through the decades from 1959, finding a new look for 1969, then 1979 (“boxy and horrible, over-concerned about safety”), then 1989 (“sporty and more emotional, heading back to the original”), all leading to his real proposal in 1999.

The 14 executives unanimously chose Stephenson’s design and the rest is history. That story will be retold in detail – and reveal for the first time those decade-by-decade Mini proposals – in a film of his career that is shooting now and is due out next year. A book is likely to accompany the release.

Fascinatingly, Stephenson reveals that these productions even contain a proposal for a 2009 Mini, also conceived in the hectic late ’90s to look a decade forward. It’s not much like the car they’re selling now, warns Stephenson with a grin, implying that the current model could have jumped more into the future. Seeing that, sometime next year, will be yet another moment to savour in Frank Stephenson’s remarkable career.

Perhaps tellingly, Frank then went into sketch a small city car that, to our eyes looks a lot like a cross between a MINI and a McLaren Speedtail. 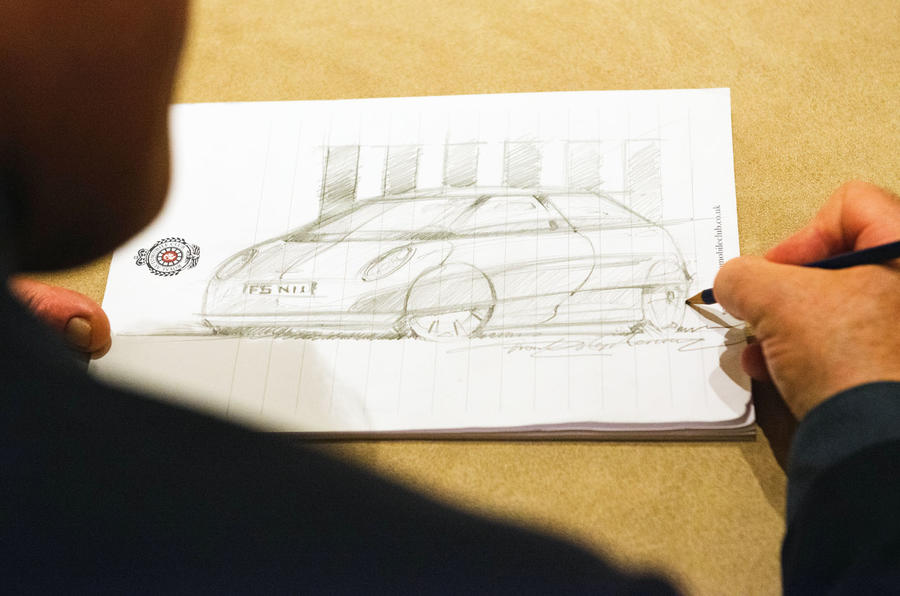 During our London interview, Frank Stephenson created this original design in pencil, starting with light lines on paper and gradually emphasising the ones he liked. It’s how he always works, starting usually with ballpoint pen and paper. This is a 3.6-metre, front-drive, electrically powered city car with two doors and a hatchback. It has a very compact overall length for its cabin size, taking advantage of the new packaging possibilities electric cars bring to car design. It is not, he insists, a new Mini, and it’s not autonomous. For proper autonomy, he explains, the front passengers would need to be able to turn around, which would require a much more vertical screen. “We’ll keep that idea for another day,” he said.

Seeing the R60 Beneath the Beachcomber Concept