MINI crews at Dakar 2019 achieved a stunning victory in today’s Stage 7 by taking all three top spots after a close race that ended with just 9min 28sec separating the winner and third place. 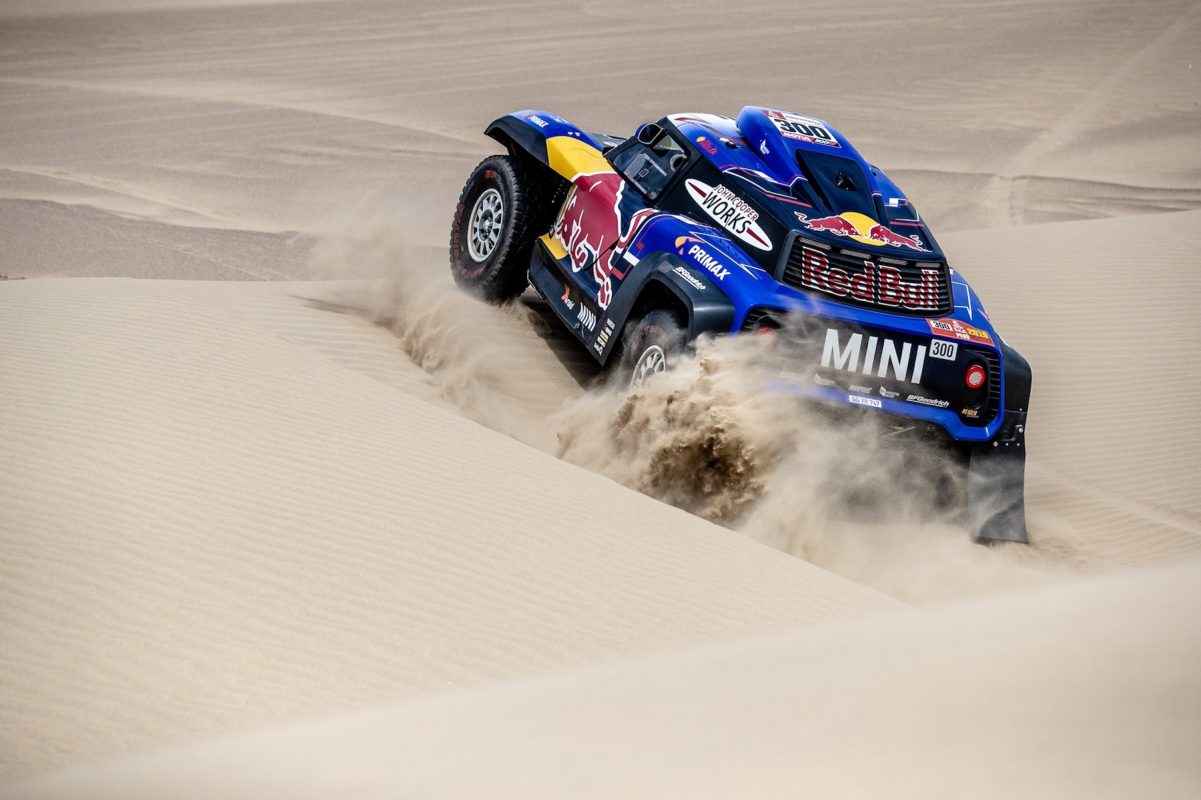 Stéphane Peterhansel (FRA) and co-driver David Castera (FRA) in a MINI John Cooper Works Buggy grabbed the lead early in the race and held their nerve and position until the finish point. This is the second stage win for the French duo and, with today’s win, places them second in the overall ranking, just 29min 16sec off the leading car.

Joan ‘Nani’ Roma (ESP) and co-driver Alex Haro (ESP) in their MINI John Cooper Works Rally was the only real threat to Peterhansel from the start and throughout the race. Roma even managed to take the leading spot at Waypoint 3 but eventually took second place just 4min 33sec behind Peterhansel. 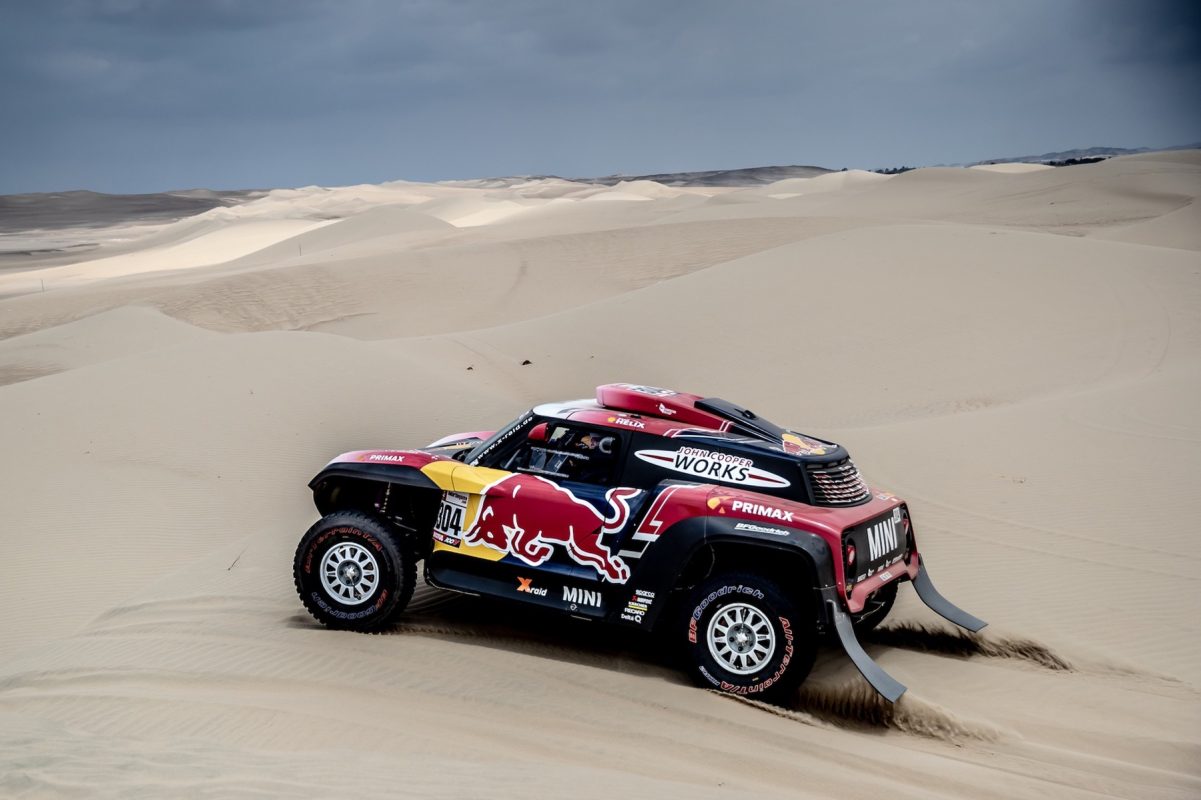 Third MINI crew home and third in stage was that of Carlos Sainz (ESP) and co-driver Lucas Cruz (ESP) in a MINI John Cooper Works Buggy. With this result Sainz has managed to pull back time on his rivals and re-entered the leading top ten in tenth position.

Cyril Despres (FRA) and co-driver Jean Paul Cottret (FRA) completed Stage 7 in fifth. Of the four MINI crews in the top five at stage end, theirs was the third MINI John Cooper Works Buggy at Dakar 2019 to finish amongst those top five. 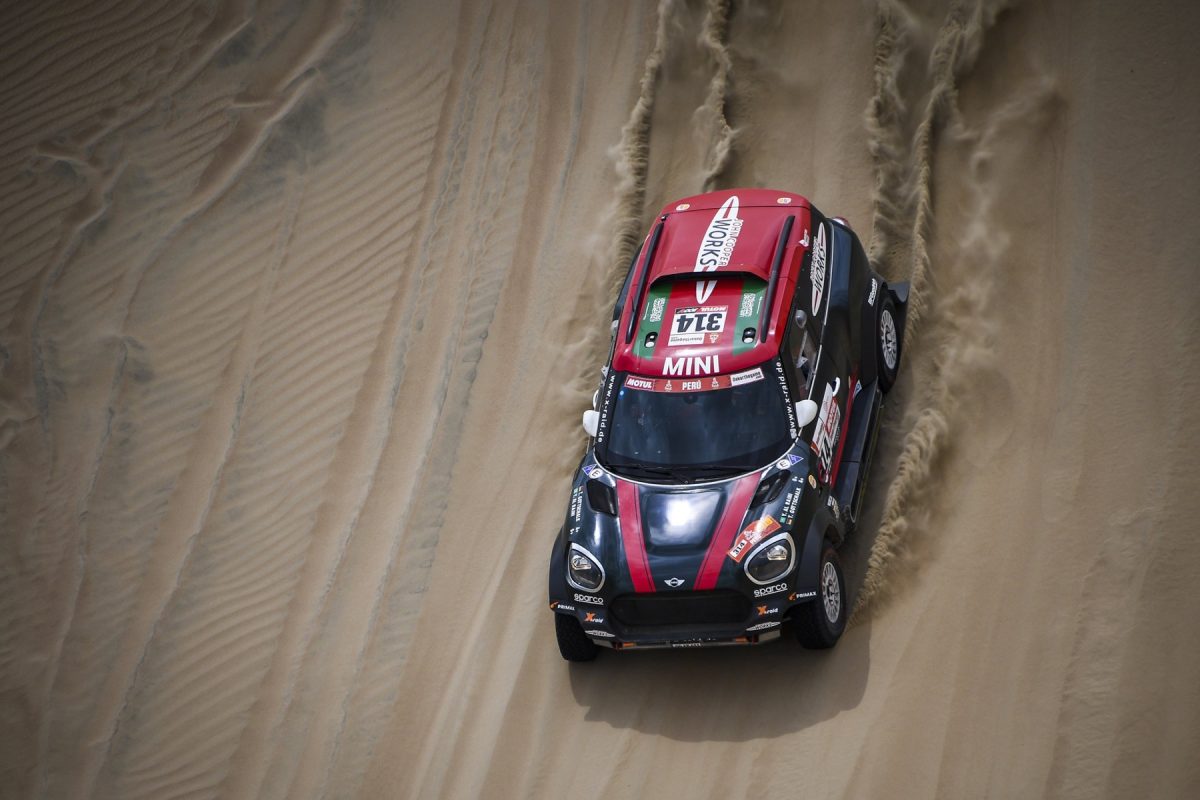 “Not a perfect stage, again. We did a big jump at the beginning in the dunes. It was a big one and we landed at the front on the bonnet and I saw some stars in my eyes after this big impact. After this I started to concentrate and overtook Nani. It was a good result but still not a perfect day.” 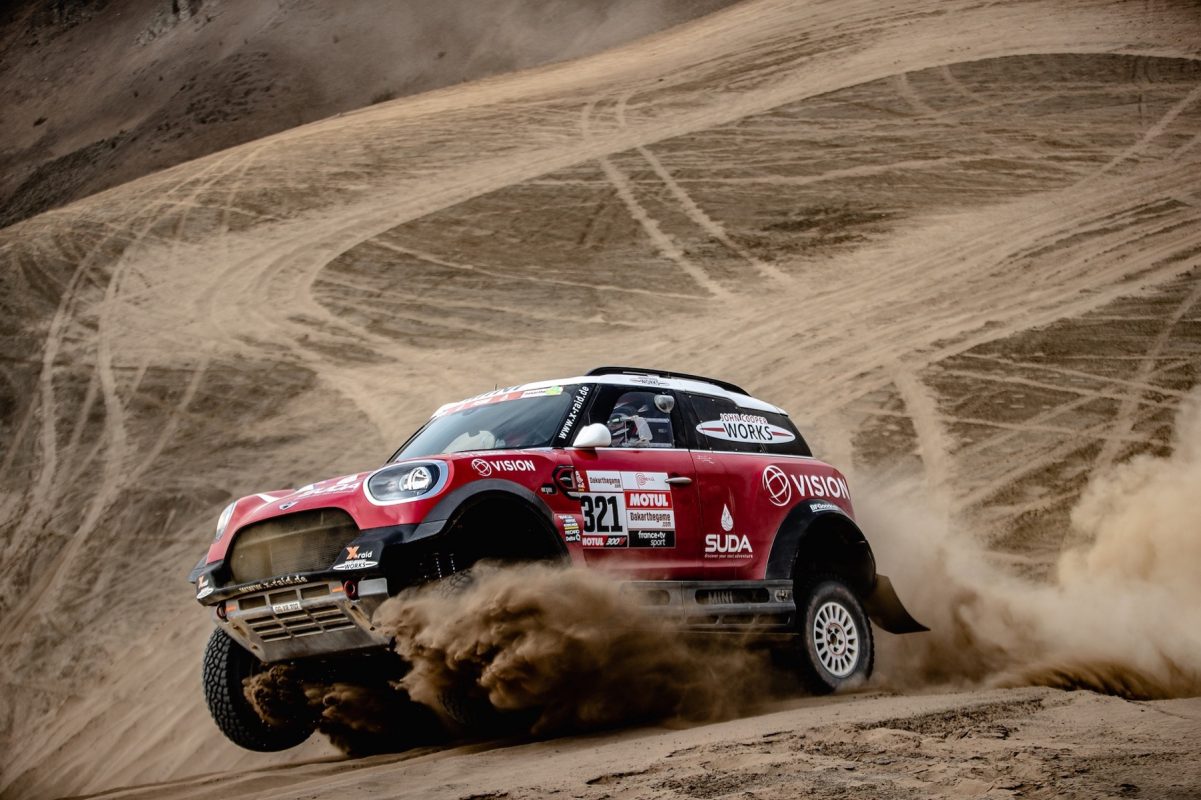 “Tough, tough stage. In the beginning there was a lot fesh-fesh from the same lines as the day before. It was not an easy decision to make on the pressures of the tyres because you have a lot of rocks in the first 150 km and a lot of sand in 100km. But we are here and happy. I had plan in my mind that we try to continue without mistake; at the moment that plan is working.”

“Quite a difficult day. We stopped at the beginning straight away to wait for Stephane for a few minutes. We more or less, except for a couple of punctures, nearly had a good day.”

“For sure it was demanding today between the sand dunes and sand valleys. The car is reacting very well to the different situations. We were doing ok until the tyre came off the rim going downhill – it is not easy to change the wheel in such soft conditions. We had to finish the last 40 km in a sandstorm and this broke my rhythm towards the end.”

“We started further back with a lot trucks in front and this is not so good for us when they destroy the tracks. On the dunes it was really soft sand so we had to stop to deflate the tyres for more traction. This was a good decision because from then we didn’t have to stop and we pushed hard to the end.”

Team X-Raid Preps for the Dakar in Epic Video