Update: Autocar seems to have gotten the range estimate wrong in their initial story. Given that the 94 Ah battery in the i3 does around 120 miles on a charge you can assume the MINI would be near that range with 92 Ah. We’ve also learned a few more details on the weight – specifically that MINI is officially listing it at 2,998 in prototype trim.

MINI invited a few European based journalists to be the first to test the all electric MINI Cooper SE and early reports are good. Autocar in particular found the car to be quite MINI-like in driving experience and has confirmed around a 120 mile range. Somewhat surprisingly MINI didn’t alter the body-in-white much as the density of batteries used in the center tunnel and fuel tank area were sufficient to almost match the i3’s 94Ah with a total of 92Ah even better the weight distribution has improved and it has a lower center of gravity.

This has allowed MINI to retain the rear seats and trunkalmost untouched. And perhaps most importantly it’s only 287 lbs more than a standard Cooper S. For an EV that’s fairly impressive if it’s not a little heavy for a small MINI.

So we’re getting an electric Cooper S with 120 mile range and no discernible interior space impact. Pricing will be key here and MINI is saying that it will be comparable to an automatic Cooper S. While that’s pretty vague it sound promising that we won’t see i3 pricing here. 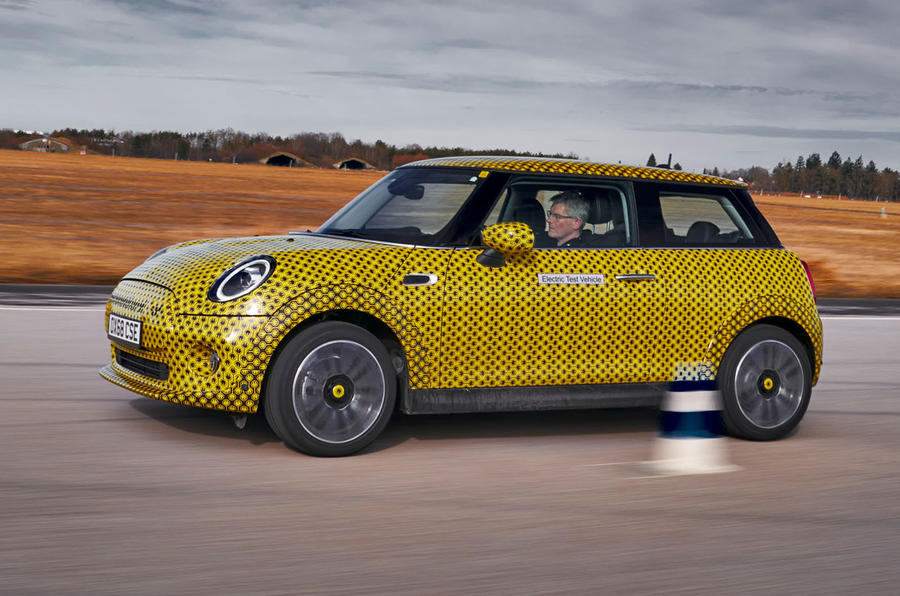 How does it drive? Here’s an excerpt:

Moving off is quite different, despite one’s thumbing of the starter toggle of conventionally propelled Minis. You hear a lightly jangling, otherworldly start-up jingle to confirm that your electrified Mini is on, engage ‘D’ and whirr off, to the aural accompaniment of not much at all unless the tyres are riding a coarse road surface.

The go is instant if you want it to be, as with every pure EV, and there’s plenty of it. There’s plenty of slowing down, too, if you select the strongest of the Mini’s recuperation modes, which decelerates the car at a rate of 0.19g. That may not sound so much, but it’s easily enough that you can dispense with the brake pedal in most urban circumstances. 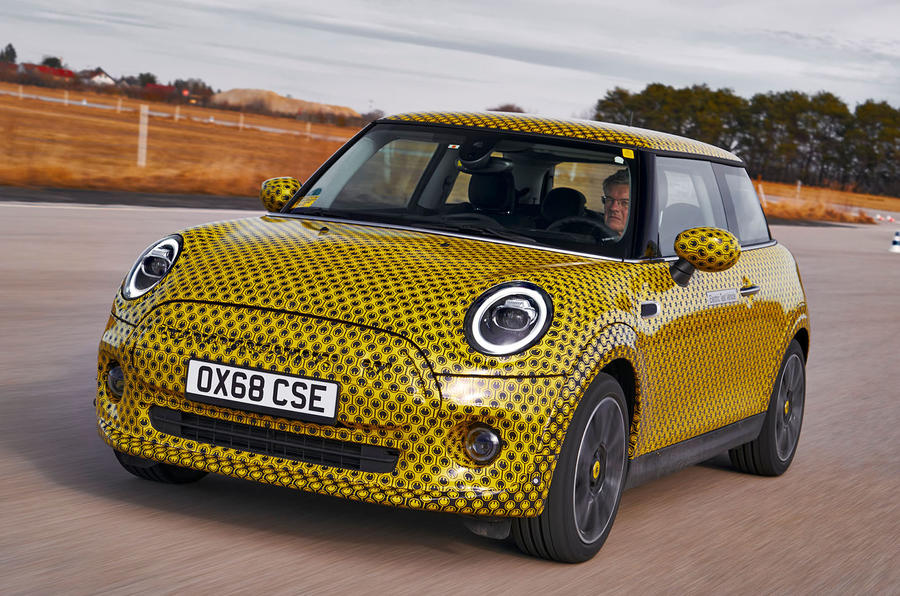 Alternatively, you can flick a dashboard toggle to diminish it to 0.11g, these two values sitting either side of the deceleration rate of an i3. It’s a shame that the toggle sits distantly in a row of switches at the base of the centre console, though. The Kia e-Niro’s paddles are a more convenient way to tune your deceleration rate.

So how does this Mini handle? Most Minis of the past 60 years, including most of the BMW-era cars, have served the kind of happy-golucky handling that allows you to chuck the car into a bend and adjust your route with the accelerator, a particularly bold fling-cum-throttle drop producing a (usually) helpful slide from the rear. And all with very little body roll. That’s exactly what you get with this ampere-powered version.