Behold – the MINI digital gauage cluster in it’s glorious final production form. Sent in by an anonymous reader, this is our first look at the final design and initial impressions are good. We got a few peaks at it in the GP and MINI Electric concepts and we’ve heard from sources for years it was coming in the back half of the F56 production cycle. Finally five years after the F56 debut, it’s here. What will it do and when will it be available? Read on. 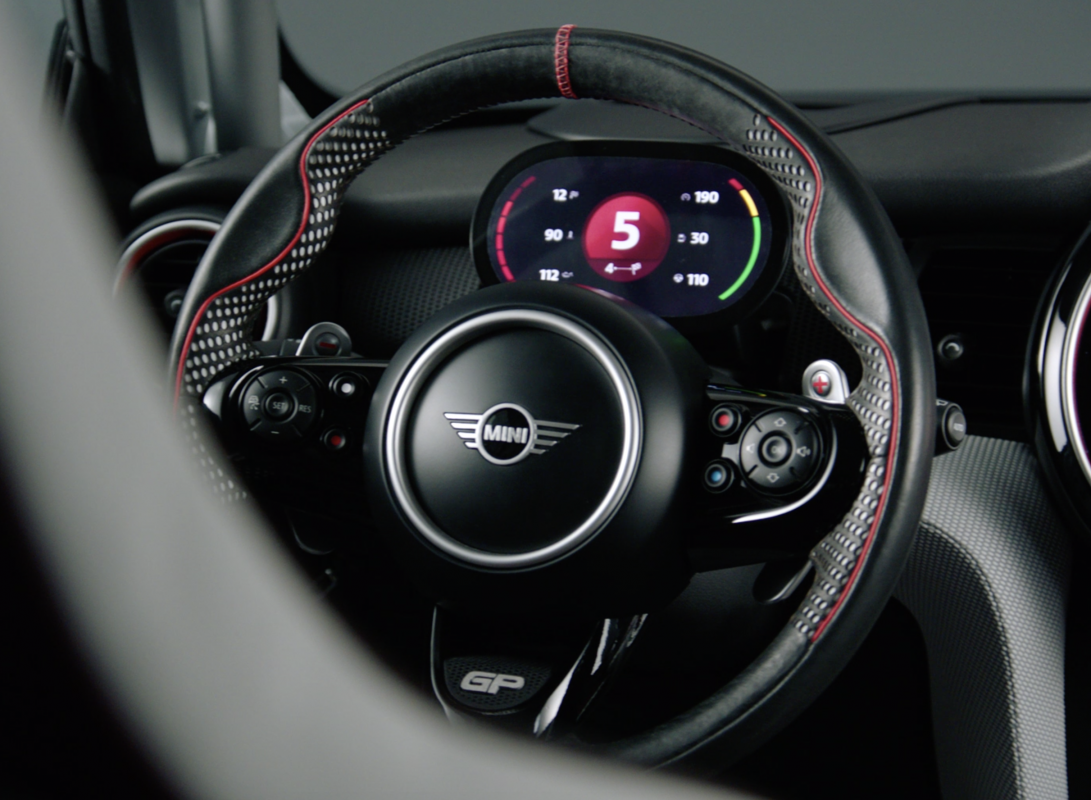 The photo above (taken from last years JCW GP concept) is identical to the physical design of the production unit you see above. Yes, you could say it was in front of us the whole time. That said the final version will be very configuratable and will offer different display views based on preference. We expect this will range from green to sport mode as well as include navigation and other iDrive content.

What’s so interesting is that we had originally learned of a plan to eventually introduce an all digital gauge cluster at the launch of the F56 in 2013. At the time it was being developed as a high-end option for later this decade. However given the proliferation of similar technology, we believe MINI has changed course and will quickly adopt this technology as standard on many models.

It’s unclear how MINI will market the technology at launch later this year. We expect it to come standard on the MINI Cooper SE and other models like the GP. However MINI might group it together as part of an option or package on some models initially. Interesting if we look at BMW we might get a hint at what’s possible. The new digital gauge cluster is standard in all redesigned or refreshed BMWs across the board.