The classic Mini. What can you say that hasn’t already been said. I’ve had a few chances to drive them but to been years and never pristine examples. So when MINIUSA asked if I would be interested in spending some time in their impeccable model year 2000 example (one of the last ever made) I didn’t hesitate. 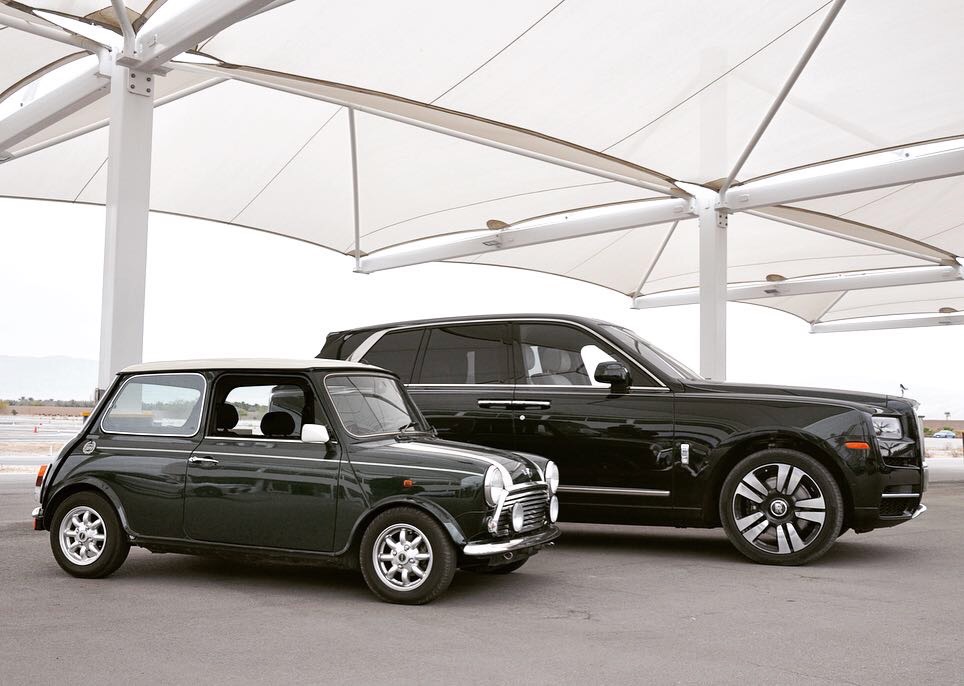 If you don’t see a classic Mini on a daily basis, seeing one is always a bit shocking in context to today’s cars. Mini had its classic hilariously parked next to the mammoth new Rolls Royce Cullinan for a full dose of modern size context. Walking up to the 10ft long classic you’re struck at the delicacy of the features compared to a modern car of any size.

As I slithered my legs in and under the steering wheel (6’2” makes ingress and egress a process) I settled in to the car that started it all. Rarely do you get a chance to drive a classic Mini and even more rare one of the last models ever made in 2000. With only a few thousand miles on the odometer this is a pristine example barely older than the R50. 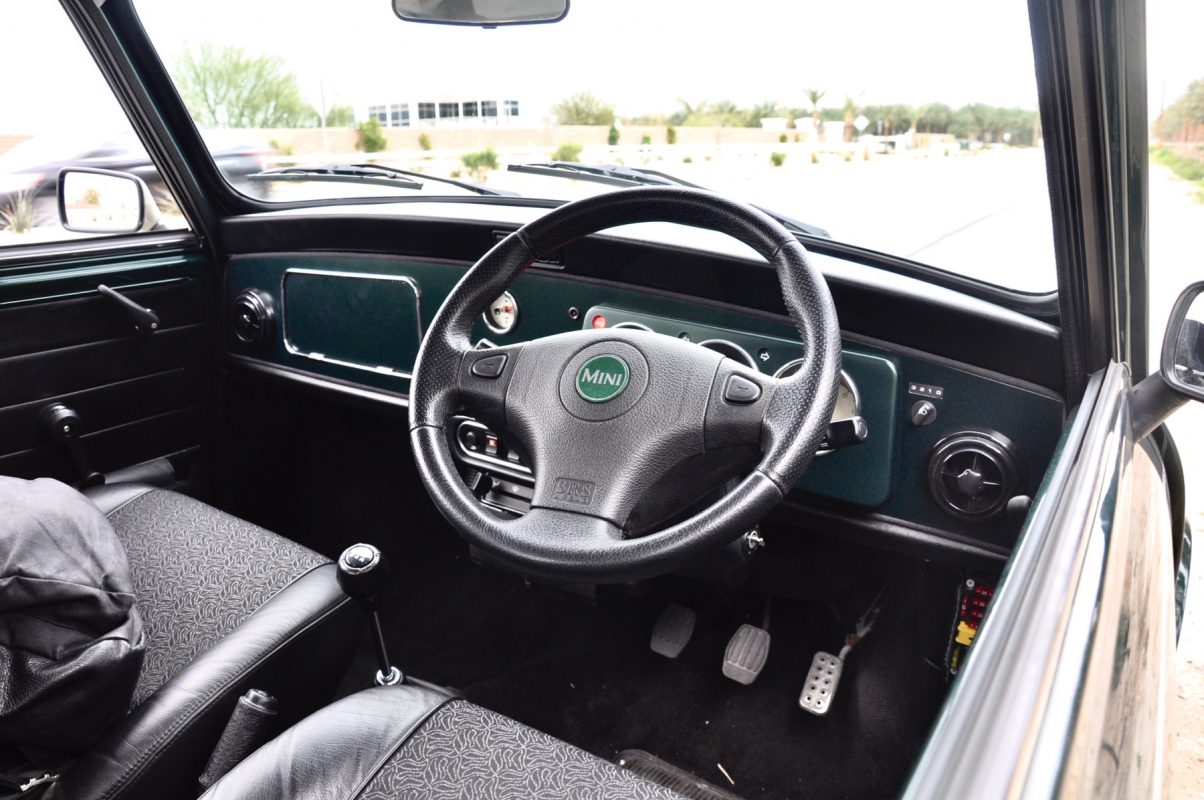 Primed with anticipation I reached down for the key and found, a sliver of it still there. Apparently just before I arrived someone in MINI PR had gone to start the car and snapped off the end of the key. Quality issues aside I wanted to drive. So I grabbed my own MINI fob, took the hidden key out, placed it on the last 1/8” of the key still sticking out, twisted and it sprang to life. And we’re off.

The classic Mini is nothing short of joy on wheels.

For anyone who has never driven a classic Mini you’re probably assuming (like I did for years) that it’s a fun little car like today’s MINIs but smaller. That is wrong. The classic Mini is nothing short of joy on wheels and feels like a large go-kart in a way that no modern car ever will. The immediate smile and LOL I had as I turned out of the parking lot was involuntary and quickly followed by many more. And I hadn’t even made it to a proper road yet. 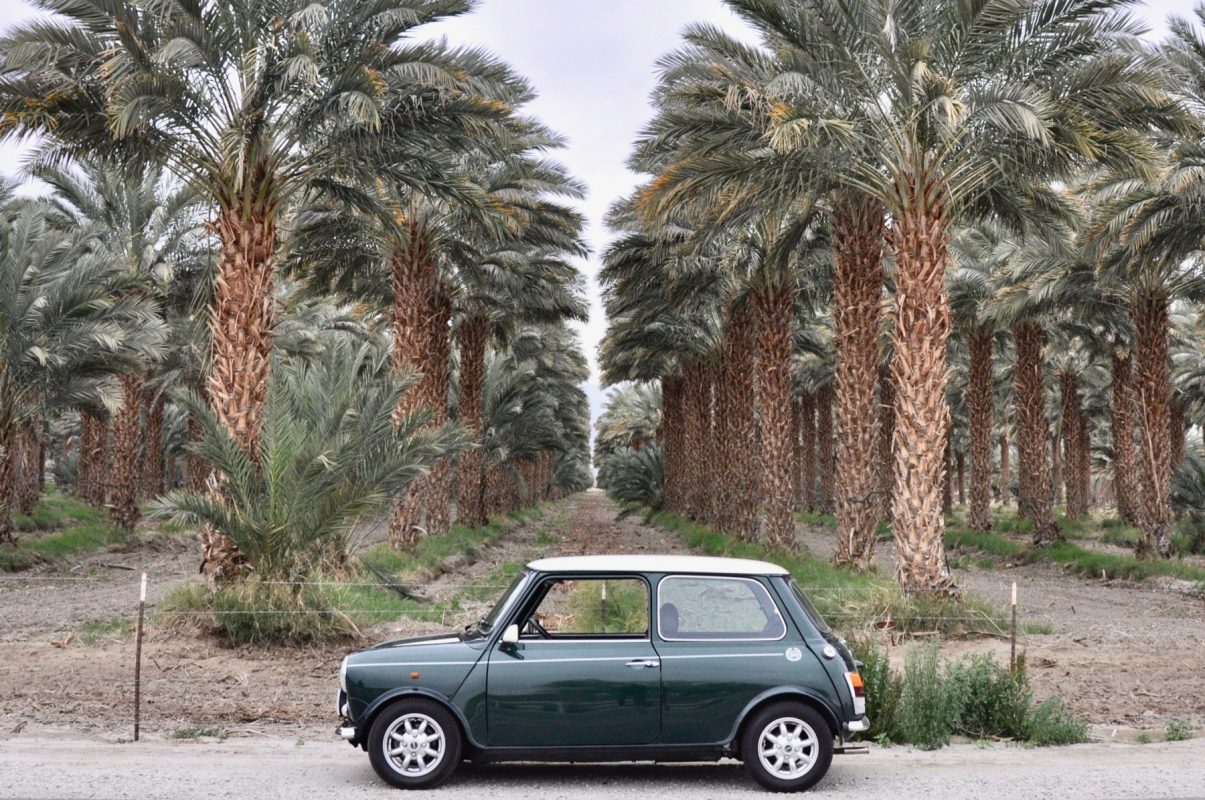 There’s a lovely bounce to the suspension that somehow makes it more compliant and comfortable than even reinvented R50 which came after it. Yet you only sense a hint of body roll when pushing into corners. And immediacy. Yeah that’s something that is completely redefined by driving a classic Mini. The turn-in and the car’s ability to react to the driver are unequalled in anything save for track cars I’ve driven.

Enjoy your classic Mini because there will never be another one.

It’s also terrible at being a modern car. Yes there’s room (a surprising amount of it) but it’s in exchange for modern safety devices and crumple zones. There’s a reason that MINI can’t design and build a car this small with the same interior volume in 2019. In our modern automotive world that space is now occupied by 100s of things relating to safety, technology and other regulatory items. So enjoy your classic Mini because there will never be another one. 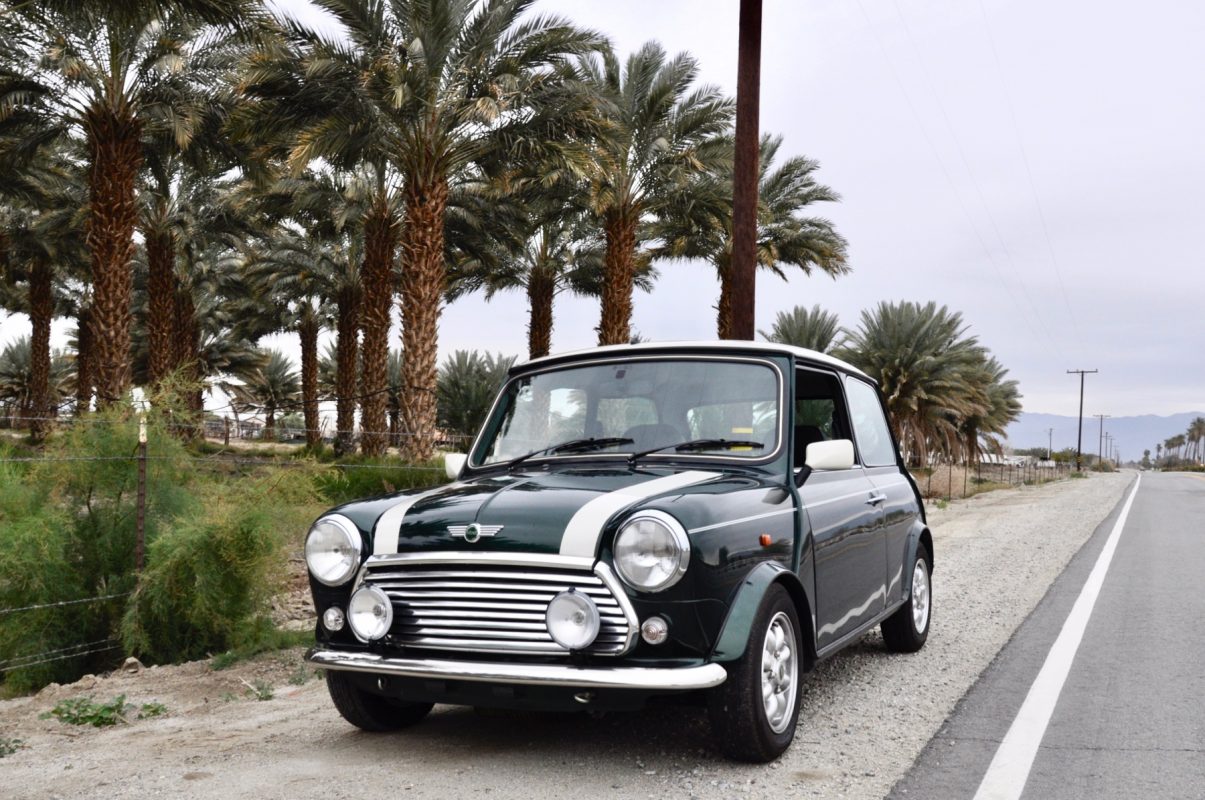 I’m sure the fine folks who built this car were fine craftsmen and women. But a mass produced car shouldn’t feel homemade. Every classic Mini I’ve ever been in had a whiff of that. Even after 50 years of making it more or less unchanged this model year 2000 example felt like it was built in a barn. But that’s why it was so unique in its later years. It was a classic car that somehow had retained enough popularity to continue to be produced almost unchanged. It was crazy to consider these cars were still being made in 2000. 20 years later it’s absolutely insane to consider that. But thank God they were because the world needs as many of these cars as possible. 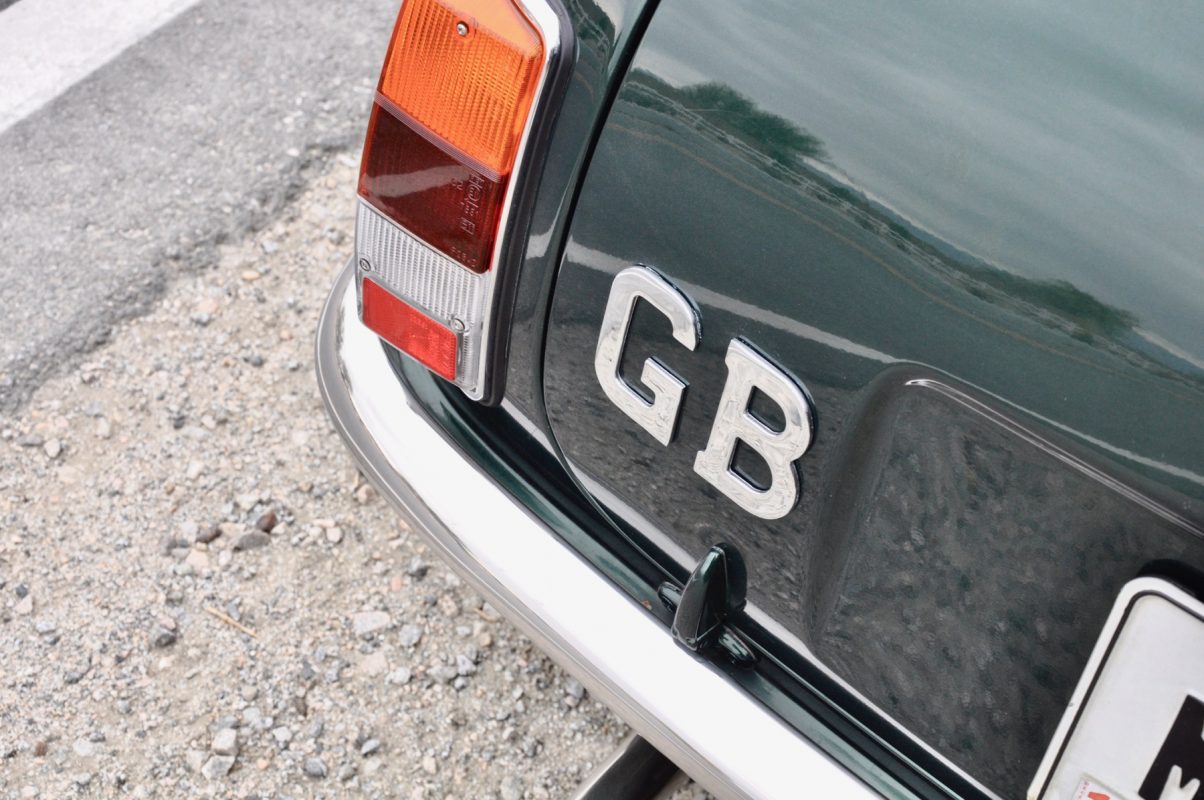 The Classic Mini vs the Modern MINI

Comparing or even judging it against a modern MINI is tough without a 1,000 caveats. But the one thing that you clearly see after spending some time with a classic is how it has continued to inspire MINI design and development. Don’t get me wrong, the current MINI isn’t a direct replacement for the classic. It will never be replaced. But going from the classic to a modern hatch you’re struck by a few of those key traits. I had the chance to step into a R53 JCW GP (the most raw modern MINI ever made) moments after my drive in the classic and even that car felt remote and isolated in comparison. But that sense of immediacy is here as is the excellent handling. You can feel the connection between these two cars despite the dramatic difference in performance and design.

Ok so the key broke. I could barely fit my legs under the wheel to get out. And a few interior components have such bad design and quality that you laugh out loud. But holy s*** I loved this car. The Classic Mini is as good, as hilarious and as addicting as you expect it to be. If you’ve ever wanted to most concentrated dose Mini you could get forget a GP. Just go find a classic. Every minute behind the wheel will be the equivalent to an automotive therapy session. 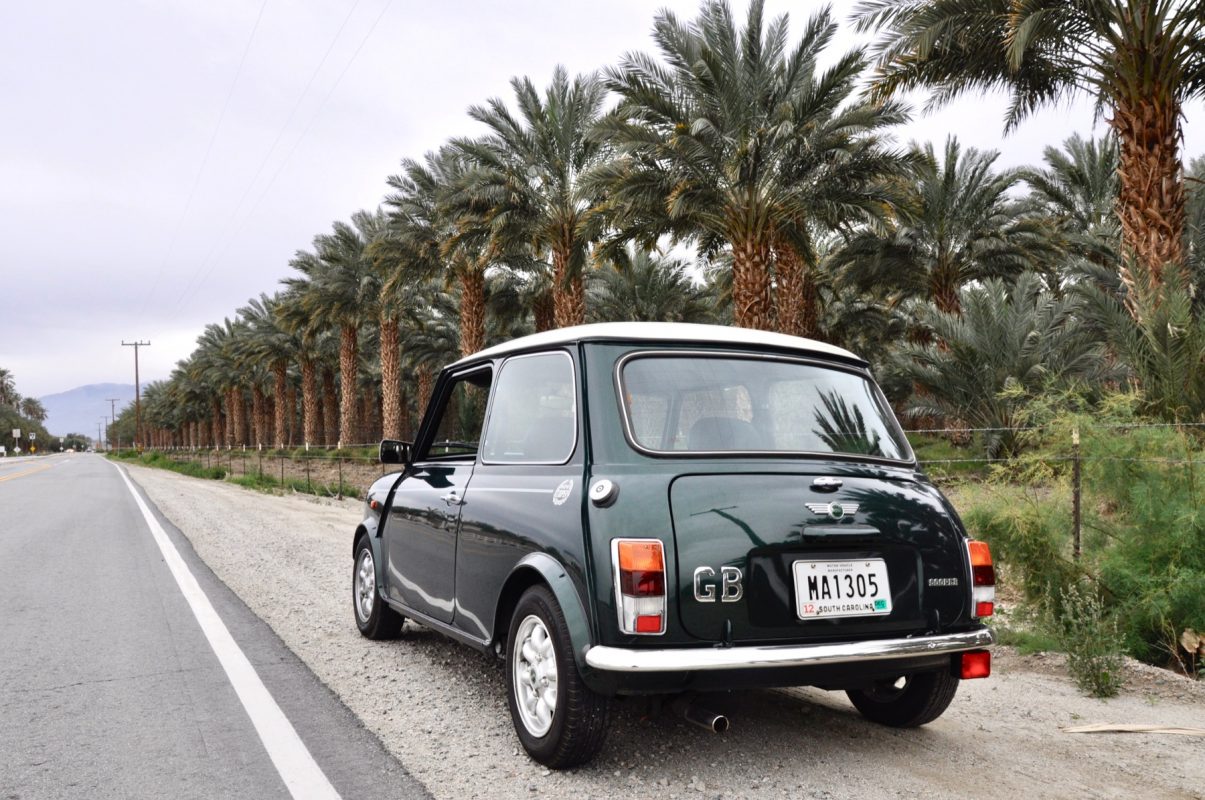 Schroth Harness System for the MINI