Courtesy of our BMW site BimmerFile we have our first look at the all new 2020 BMW M135i xDrive. Not only will this be a JCW Clubman and Countryman competitor but it will share drivetrains with those cars and its platform will likely form the basis of the next generation of large MINIs.

Based on the FAAR platform (an evolution of the UKL platform MINIs are currently based on), the all new 1 Series is BMW’s first foray into a front wheel drive performance hatch category. And the 302 hp M135i you see above will form the pinnacle of that line-up.

The top of the range M135i pictured here is meant to replace the rear wheel drive based M140i which was the previous range topping 1 Series. While this new car is down just over 30 hp, performance is said to be similar while efficiency should be dramatically improved. Making this possible is the B48A20T1 2.0L engine which debuted late last year in the X2 M35i. 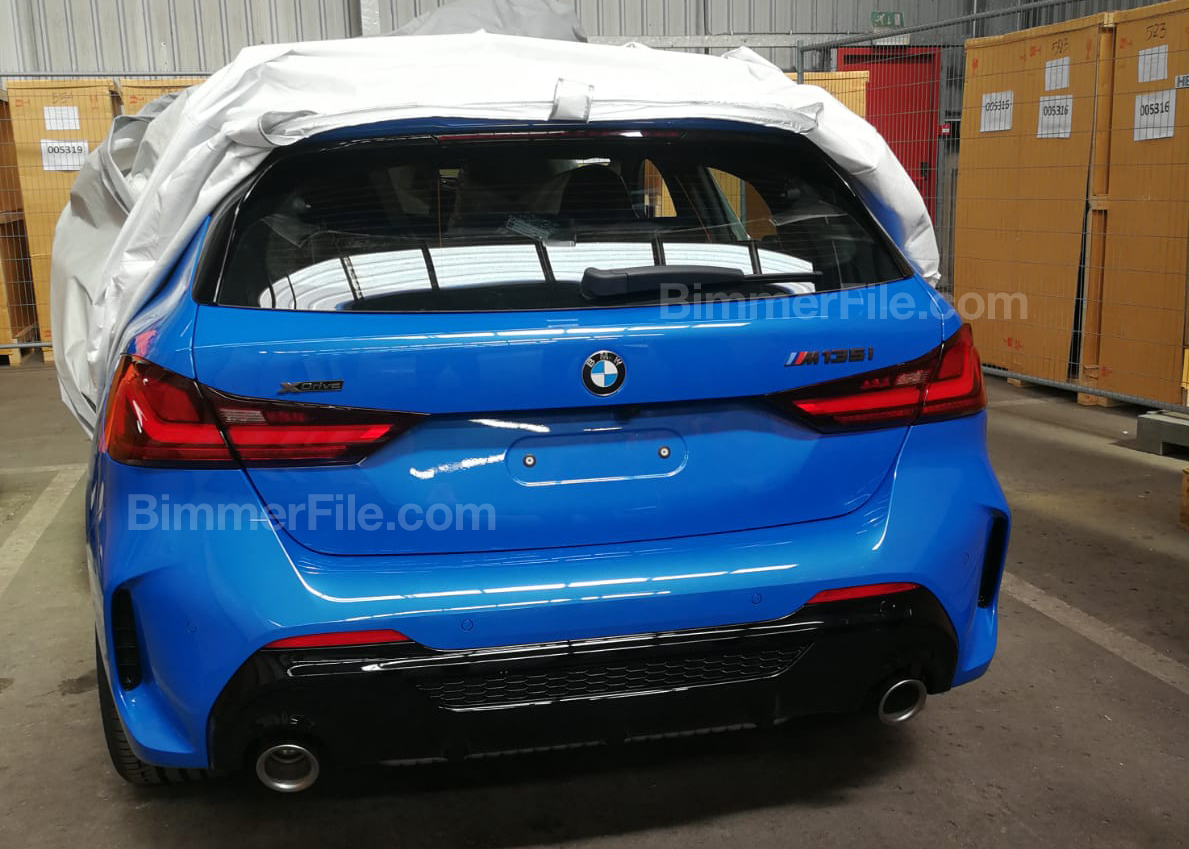 The same B48A20T1 that MINI is getting in the JCW Clubman, Countryman and GP is here generating 302 hp @ 5,000 – 6,250 rpm, 332 lb-ft. @ 1,750 – 4,500 rpm and 0-60 times under 5 seconds. Key to unlocking some of this performance will be the improved xDrive and the Aisin 8G45 8 speed automatic. No the M135i will not be offered with a manual and no this isn’t the the much loved ZF unit found in all other BMWs. But this new Aisin transmission has been engineered specifically for this combination of engine and xDrive system. That means we’ll see an improved launch control allowing for consistent all-out sprints from a standing stop and neck snapping shifts. More importantly for the first time ever, a front axle BMW M Sport Differential will be standard and will features Torsen-based limited slip capabilities with up to a 39% lock-up. The new M Sport differential is integrated into the 8-speed automatic transmission which itself features steering wheel shift paddles, M Performance specific tuning, additional transmission cooling and updated gear ratios. 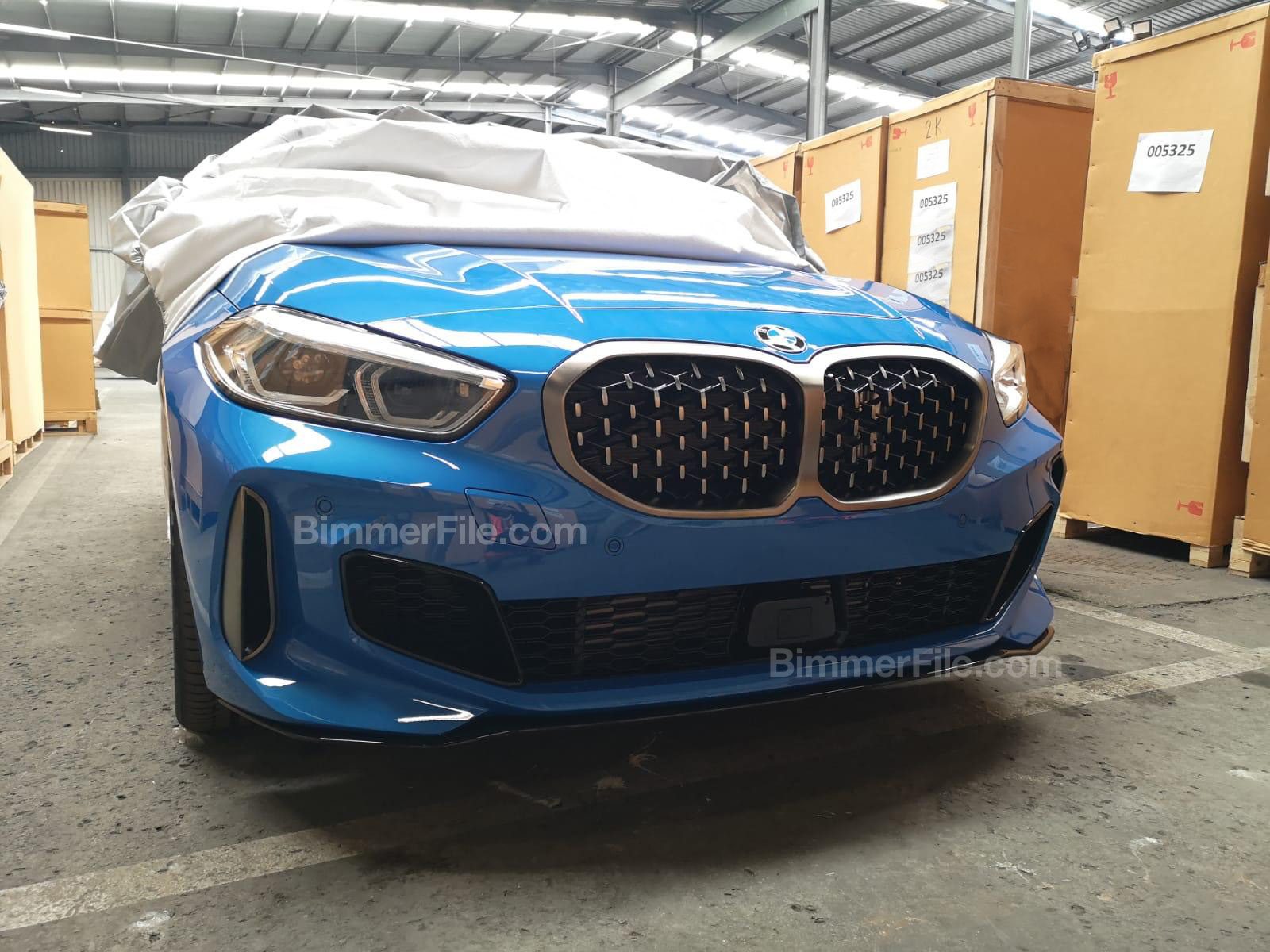 BMW M left almost no major engine component group untouched in the B48A20T1. To start with the crankshaft has been reinforced and features larger main bearings. Then there are new pistons fitted with slightly reduced compression ratio (9.5:1 vs 10.2:1) allowing for a larger turbocharger and increased boost. The intake airflow tract has also been improved for higher flow while the cooling system has been upgraded to keep it all at a proper operating temperature.

To deal with the 332 ft lbs of torque BMW is making an improved version of xDrive standard on the M135i and coupling that with something they’re calling ARB.

ARB is a critical part of the car’s exceptionally high agility. ARB (actuator contiguous wheel slip limitation) was first seen in the BMW i3s and is celebrating its debut in a vehicle with a combustion engine with the 1 Series. This transfer of technology from the BMW i brand to the core brand BMW improves traction, while facilitating significantly more sensitive and faster control. 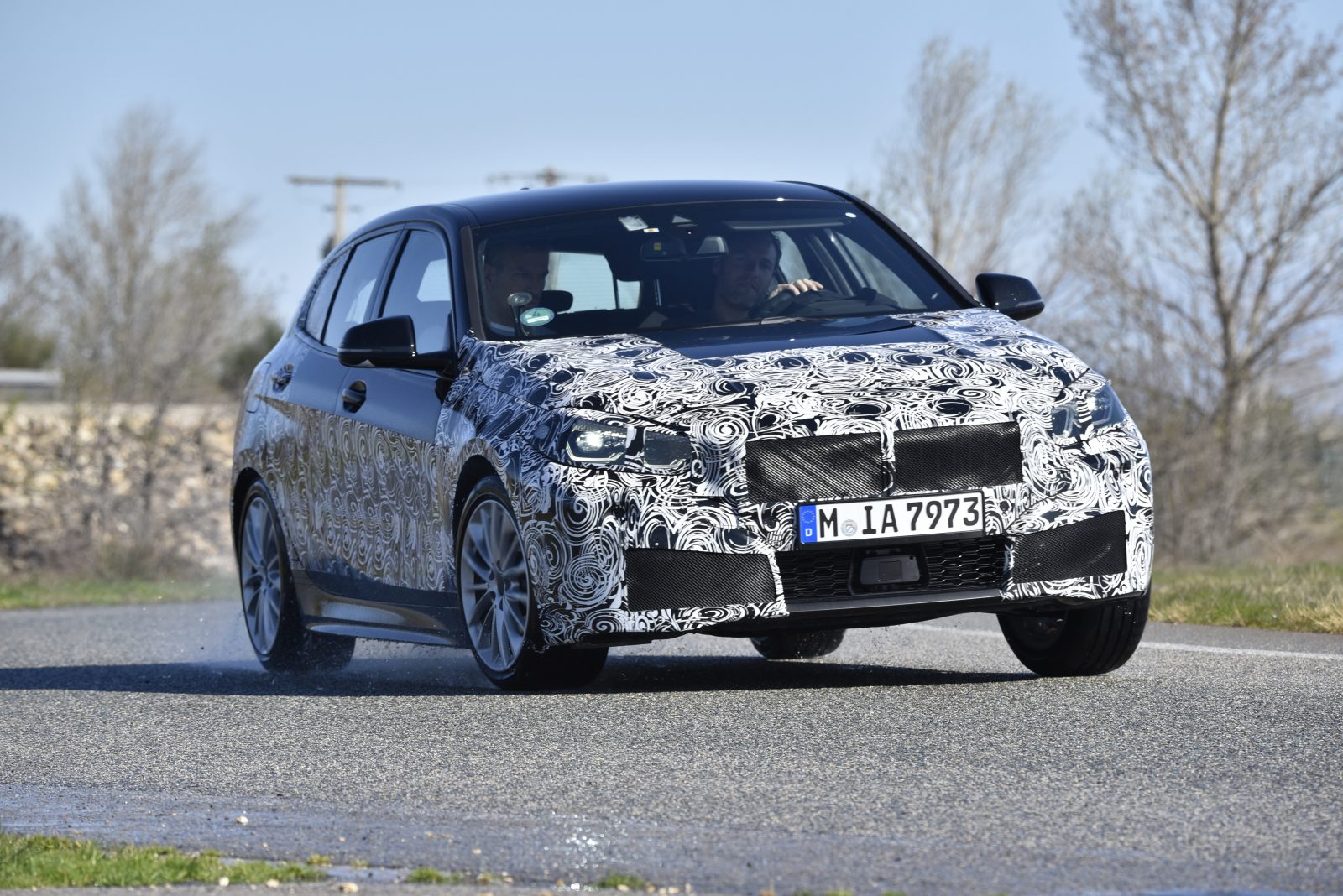 ARB technology, which is standard on all BMW 1 Series, features a slip control system positioned directly in the engine control unit instead of in the control unit for the DSC function (Dynamic Stability Control). Without long signal paths, information is passed on three times faster, with the regulation speed perceived by the driver actually being up to ten times faster. In close coordination with the DSC function, actuator contiguous wheel slip limitation significantly reduces the power understeer usually experienced with front-wheel drive vehicles, but without control intervention to stabilise lateral dynamics. BMW Performance Control (yaw moment distribution) also comes as standard and additionally increases agility of the BMW 1 Series through dynamic brake intervention. Moreover, torsional stiffness of the body structure is enhanced by the targeted use of additional struts such as a standard rear-end “boomerang strut”. “Through this extensive integration of all driving dynamics-related aspects as well as the new, innovative traction control feature, we are creating a completely novel driving experience,” says Holger Stauch, BMW 1 Series project manager.

All told this new tech makes the M135i as fast around the ‘Ring as the old, more powerful M140i.

Additionally we can expect suspension tuning focused on performance but not at the sacrifice of some comfort. M has been getting increasingly better at finding that balance in its M Performance products and we expect the same out of the M135i.

The official public debut will be Frankfurt this September with an on-sale date shortly thereafter. While the US market won’t be getting the hatch (now only available in five door form) we see here, BMWNA will be bringing over the 2 Series Gran Coupe sedan based on this car in the same M135i flavor. Look for that to hit dealers in the first half of 2020.

What does this mean for MINI? Simply put Competition. However BMW will prices it’s new FAAR based 1 Series at premium prices above MINIs theoretically differentiating them. And MINI’s design and tuning of the drivetrain and chassis should make them continue to be the more immediate and engaging choice to drive.