BMW and MINI are announcing an acceleration of their electric vehicles plans by aiming to have 25 electrified vehicles by 2023. As part of this product onslaught the brands will also be bringing new technology to market such as automatic switching to electric mode in BMW eDrive Zones or green zones that dictate 100% electric drive. Look for this by 2020.

Fully charged as it accelerates along its Future Highway 2025, the BMW Group is adjusting frequency to up the tempo of its electromobility expansion programme. The company will now achieve the total of 25 electrified models previously announced for 2025 two years earlier, in 2023. Thanks to flexible vehicle architectures for fully-electric, plug-in hybrid and combustion engine drive trains, the company is able to respond quickly to changing conditions. More than half of the 25 models will be fully electric. 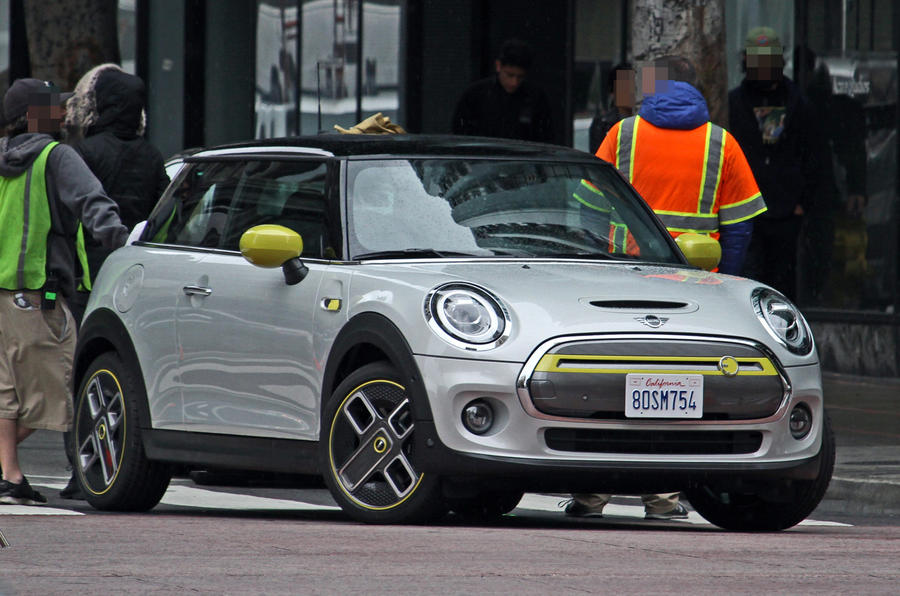 “We are moving up a gear in the transformation towards sustainable mobility, thereby making our company fit for the future: Over the past two years, we have consistently taken numerous decisions that we are now bringing to the roads. By 2021, we will have doubled our sales of electrified vehicles compared with 2019,” said Harald Krüger, Chairman of the Board of Management of BMW AG, in Munich on Tuesday. “We will offer 25 electrified vehicles already in 2023 – two years earlier than originally planned. We expect to see a steep growth curve towards 2025: Sales of our electrified vehicles should increase by an average of 30 percent every year.”

As part of the new #NEXTGen communications format, the BMW Group is showcasing the next generation of mobility and next steps it’s taking in that direction. The BMW Vision M NEXT provides a glimpse of the dynamic future of the BMW brand in the form of a striking electrified sportscar. The BMW Vision M NEXT is clearly focused on the person driving the vehicle, with intelligent technology to transform them into the ultimate driver. The BMW Motorrad Vision DC Roadster previews the future of BMW Motorrad with alternative drive forms. This highly emotional motorcycle preserves the identity and iconic BMW Motorrad appearance, but also offers a new form of driving fun.

“Our vision is clear: sustainable mobility, produced in a sustainable manner. We have set ourselves the goal of only buying electricity from renewable energy sources for all our locations worldwide from 2020,” said Krüger. “We fulfil our social responsibility – in all its different facets. We are firmly committed to emission-free driving. At the same time, we stand by our corporate responsibility towards our employees, shareholders and investors.” 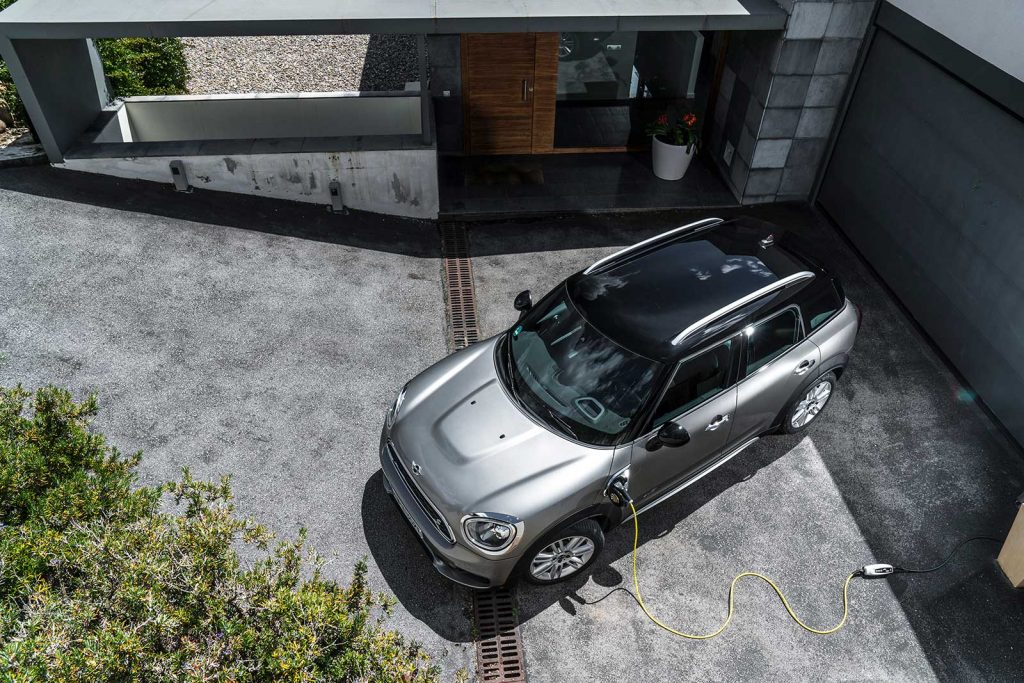 The BMW Group: a pioneer in electromobility

As an e-mobility pioneer, the BMW Group is already a leading supplier of electrified vehicles. By the end of 2019, the company aims to have more than half a million vehicles with fully-electric or plug-in hybrid drive trains on the roads. Within two years, the company will offer five fully-electric series-production vehicles: Alongside the BMW i3, with more than 150,000 units built to date, this year will see the start of production of the fully-electric MINI at Plant Oxford (UK). This will be followed in 2020 by the fully-electric BMW iX3 from Shenyang (China) and, in 2021, by the BMW iNEXT, which will be produced in Dingolfing (Germany), and the BMW i4 from Plant Munich (Germany).

Including its extensive fleet of plug-in hybrids, the BMW Group has the widest range of electrified vehicles on the market. Updated, extended electric-range plug-in-hybrid versions of the BMW 3 Series, BMW 7 Series and BMW X5 were presented alongside the new BMW X3 plug-in hybrid at this year’s Geneva Motor Show. A few weeks later, the updated plug-in hybrid variant of the BMW X1 Long Wheelbase Version, which is produced locally for the Chinese market, was shown at the Shanghai Auto Show. Later this summer, plug-in hybrid versions of the BMW 5 Series and BMW 2 Series Active Tourer with next-generation technology and longer electric range will also be released. These will be followed next year by the BMW X1 and the BMW 3 Series Touring as plug-in hybrid models. This diversity of electrified drive concepts underlines the importance of technology openness on the road to sustainable mobility.

The BMW Group has always promoted emission-free mobility and advocated for its effective support. However, the demands of future mobility will be multifaceted. There will not be just one single solution that meets the mobility needs of all customers around the world. People living in rural areas, for instance, need different technological solutions for mobility than those in cities. 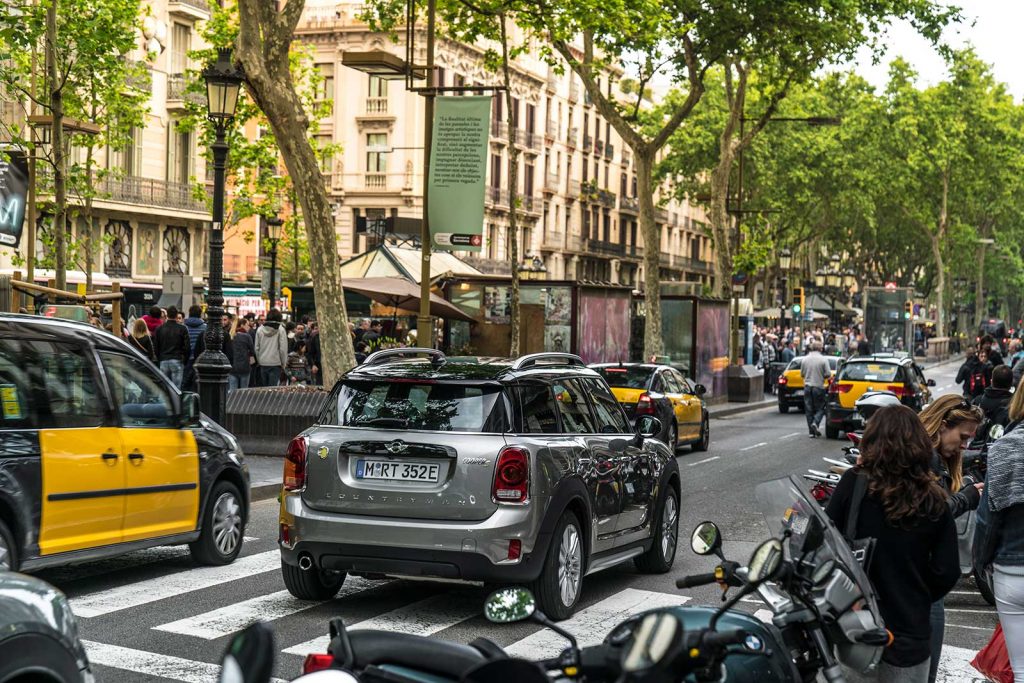 The effective role plug-in hybrids can play in achieving emission-free mobility in cities is demonstrated by the BMW eDrive Zones function, which will be standard in BMW plug-in hybrids from 2020: In cities that establish “green zones” solely for emission-free driving, geofencing technology will be able to recognise these automatically. When the vehicle enters one of these zones, it will automatically switch to pure electric driving mode. In this way, BMW is paving the way for plug-in hybrids to receive the same access rights to green zones as fully-electric vehicles, since they behave the same in these areas.

This new type of operating strategy significantly boosts the potential of plug-in hybrid vehicles to reduce emissions. Increasing the use of electric driving not only optimises efficiency, but also helps reduce operating costs for customers – especially in city traffic. After the idea was born, the first real-life test for the BMW eDrive Zones function is the BMW Group’s “Electric City Drive” pilot project, in conjunction with the City of Rotterdam and the local Erasmus University.