If a manual, all wheel drive performance crossover sounds like a unicorn, that’s because it is. And for 20,000 miles we’ve driven this unicorn through about every scenario you can imagine and across six states. Through the summer sun and in deep snow (with temps as low as -23 degrees), we’ve grown to love its combination of driver engagement, design and utility. While it’s not perfect, the JCW Countryman is, in the MINI tradition, an attractive alternative to the rest of the bland automotive world.

This is an expensive car at $46 K but it’s also supremely capable. Not only is there plenty of performance on-tap, but the Countryman also offers a surprisingly amount of utility. While utility in a MINI is all about context, this truly is the easiest MINI to live with that we’ve ever driven. Whether that’s a camping trip in North Wisconsin, or the daily Chicago commute, the JCW Countryman has proven it’s worth. 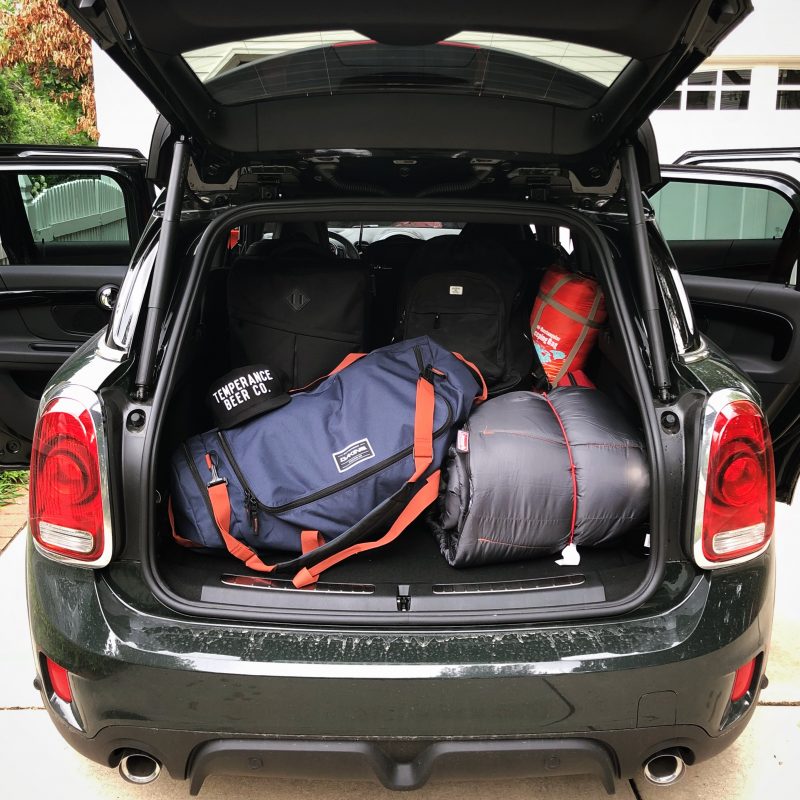 Clubman vs Countryman – How Different Can They Be?

The Countryman’s most direct competitor might just be its lighter and shorter stable-mate, the Clubman. Luckily we ran a JCW Clubman throughout 2018 and have plenty of experience with the six door alternative to the Countryman. So let’s talk details.

Adding to the overall comfort have been the JCW cloth seats – our favorite seats ever offered in a MINI. The shape perfectly balances aggressive bolstering with long-term comfort while the cloth/dynamica combo stays cooler than leather and is generally more comfortable. The combination is profoundly nicer than the expensive leather and electric standard sport seats we had in the JCW Clubman. 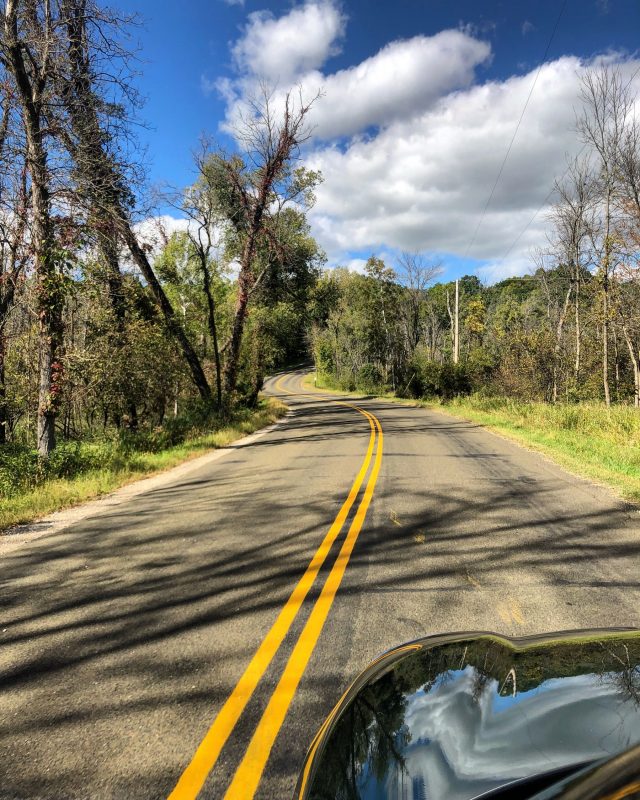 The term “driving engagement” isn’t typically associated with a crossover costing less than $80 K. Yet the Countryman delivers a genuinely entertaining driving experience. MINI has done an excellent job of tuning the sport suspension for the wheels and tires on this car. There’s nuance to the feedback that isn’t often present in small crossovers and feels absolutely on-par with the lighter JCW Clubman (more so here with the smaller sidewall of the 19” wheels).

Weight is up on the JCW Countryman by around 150 lbs over the JCW Clubman on average. But some of that weight has been saved due to this particular JCW Countryman having a manual transmission, manual seats and no sunroof. Body control is exceptional and that extra weight is mostly hidden in any normal road going scenario. In the canyons of California or the twisties of the Dragon you might start to feel it, but here it was invisible. 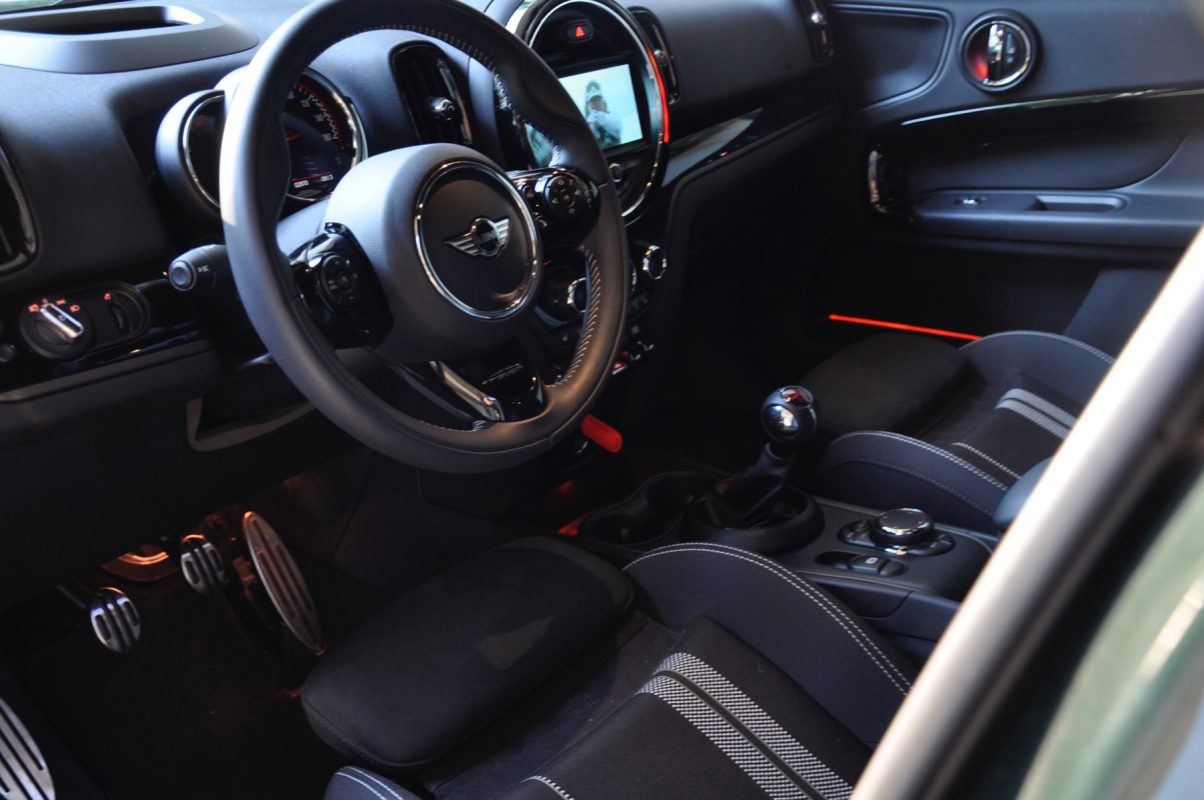 It’s a little known secret that the manual transmission in the JCW Clubman and Countryman (which uses the version of the B48 that outputs 258 ft lbs) do not have the customary Getrag six speed manual as all other MINIs do. Instead they have The Aisin BG6, a manual developed primarily for Toyota or Europe and used by PSA, Mitsubishi and interestingly in the Lotus Evora.

In short the Aisin doesn’t have the fluidity the Getrag does nor the quick 1-2 shift. Further the clutch and transmission engagement is a bit trickier as the engagement of the gears isn’t entirely consistent from 1-2 and 3-4. In total it makes the experience the least satisfying of any manual MINI sells today and perhaps has ever sold since 2001. 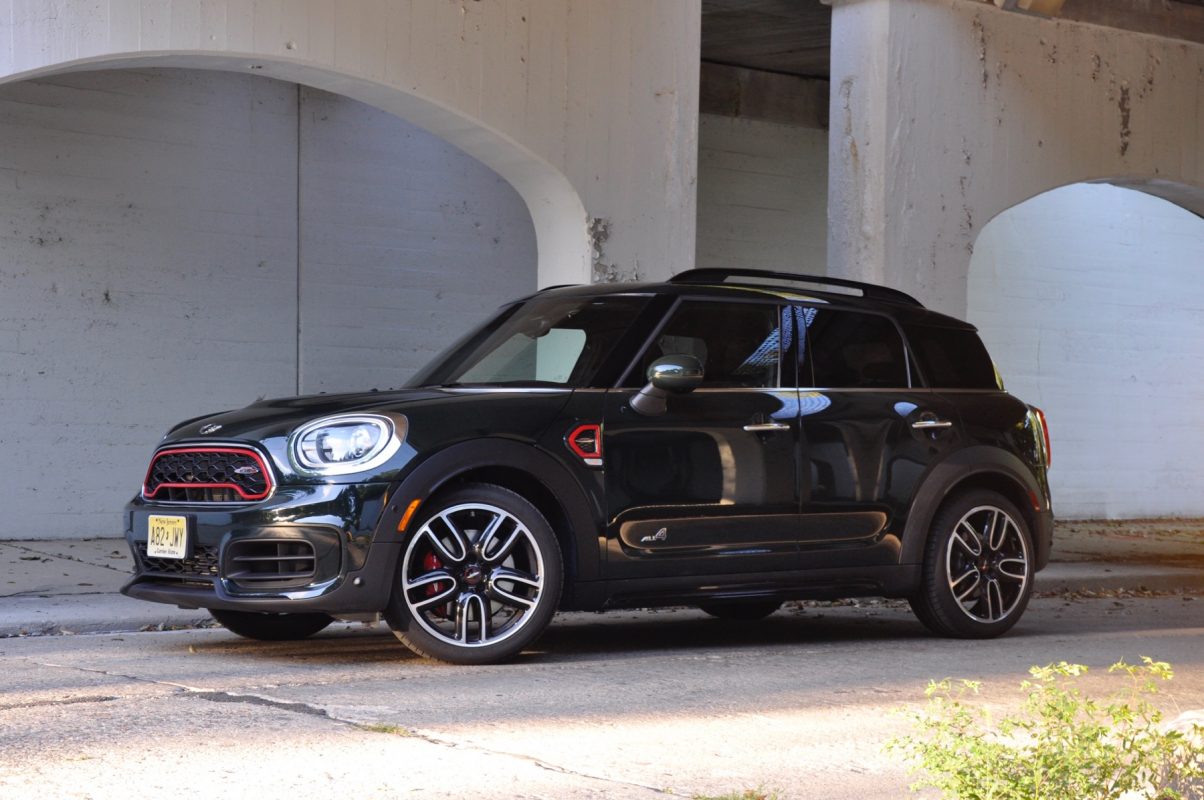 While that’s not a ringing endorsement, it does increase engagement in all other ways. The long throw from first to second is always a bit frustrating, but the control you have with the manual ultimately makes it more satisfying at times than the very good Aisin 8 Speed Sport Auto.

On the other hand, the 8 Speed Aisin sport auto in our previous JCW Clubman was all business. It could deliver brutally efficient gear changes or lazy second starts depending on what was called on. Over 25,000 miles I grew to love the adaptability of the transmission, but it never engaged quite as well as this flawed manual. 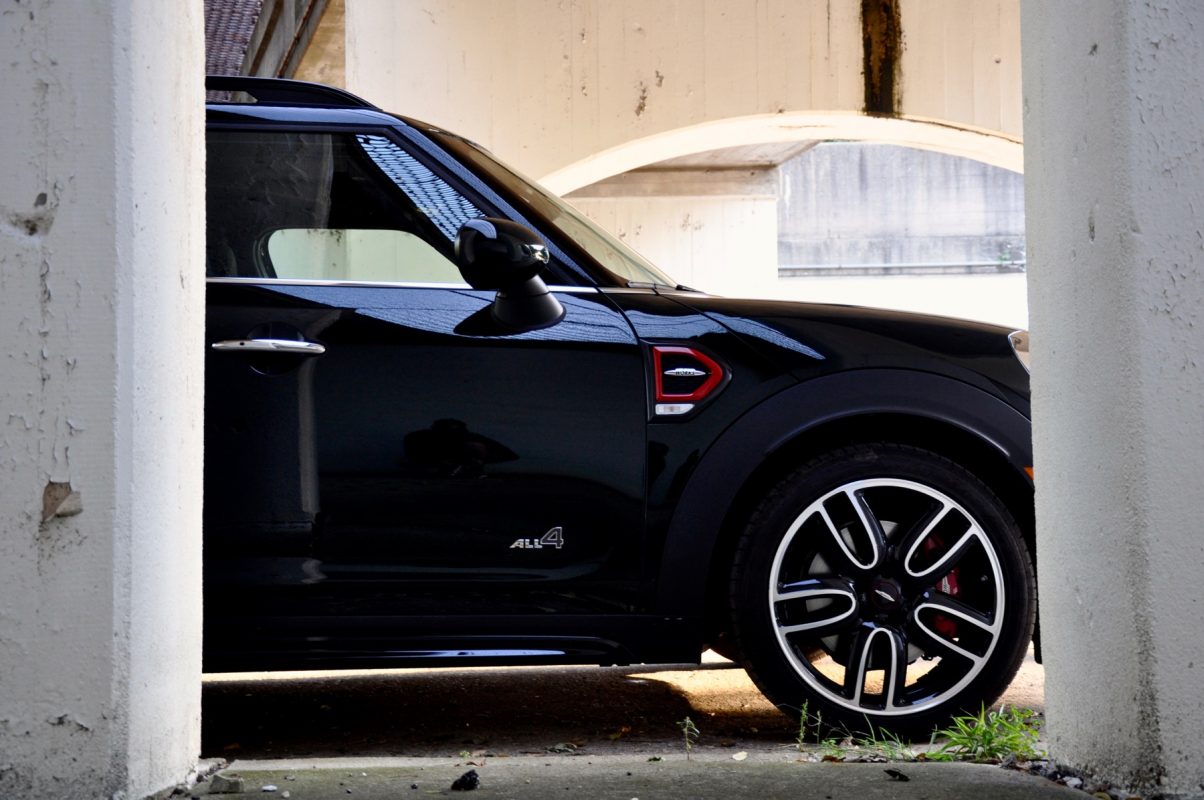 MINI quality has improved so dramatically over the last five years that dealerships are going out to business due to lack of warranty service required. Perhaps unsurprisingly our Countryman has proven that true with over 20,000 trouble-free miles. Outside of one squeak under the driver seat, we haven’t had a knock, vibration or rattle anywhere. The material quality of the F series cars is known to be dramatically better what came before it and the Countryman is the best line-up at the moment. 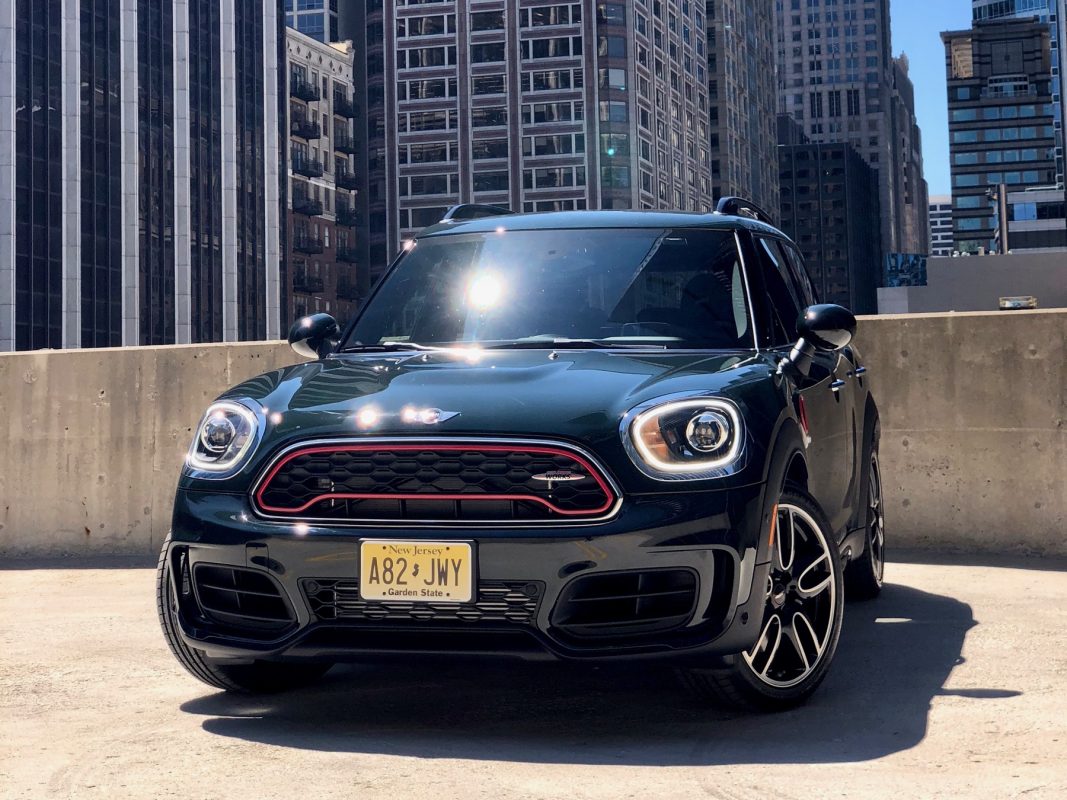 There are two ways to look at the 2019 JCW Countryman. You can focus on its unique design, rewarding driving experience and surprisingly utility. Or you can get critical; the manual transmission is the worst one MINI makes and the 228 hp engine barely has enough power to make this feel truly fast. Oh at it’s $46,000 as equipped. Yet even with that less than stellar view, it’s hard to escape that this is the most driver oriented small crossover on the market.

While we raved about our previous JCW Clubman, the added utility, thoughtful design touches and even that flawed manual transmission seemed to slot into life a bit better than the Clubman. As much as we prefer the lighter and lower Clubman on paper, the Countryman swallowed kids, luggage easier while losing very little in driving engagement. 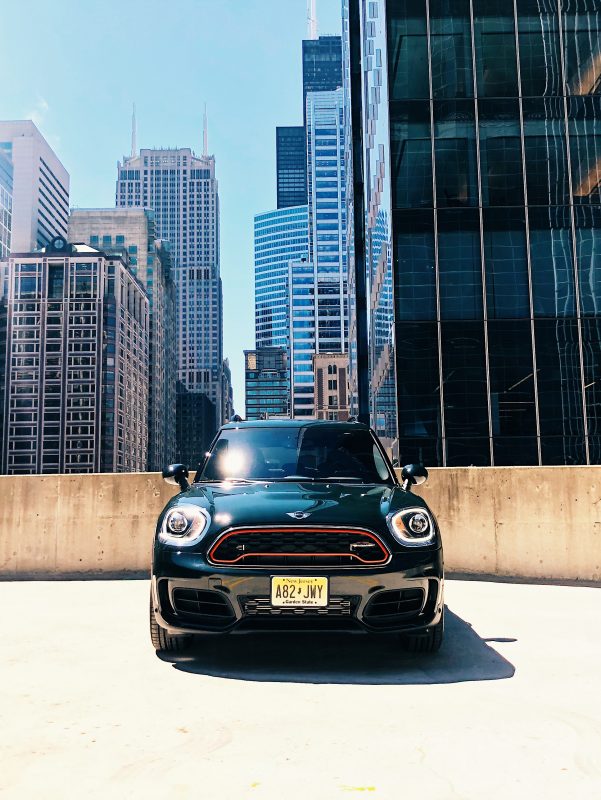 Is it worth the $46 K? It’s a tough question because the equation has changed since we picked up our 2019 JCW Countryman. MINI now makes the same car with a 301 hp version of the B48 and only offers it with an automatic transmission. While we have yet to drive one, we can only imagine (based on the X2 M35i we sampled earlier this year) that extra 73 hp will do wonders. And as much as we’ll miss the manual, the reality is it was never as rewarding as it should have been. So while it’s a loss, it’s not the loss that you’d expect.

Value is always a complicated question. But for under $50 K, it’s hard to imagine a more interesting and ultimately fun choice for a small crossover than the JCW Countryman. In 20,000 miles we’ve grown to love our flawed and underpowered 2019 JCW Countryman more than any MINI since our 2012 JCW Roadster. 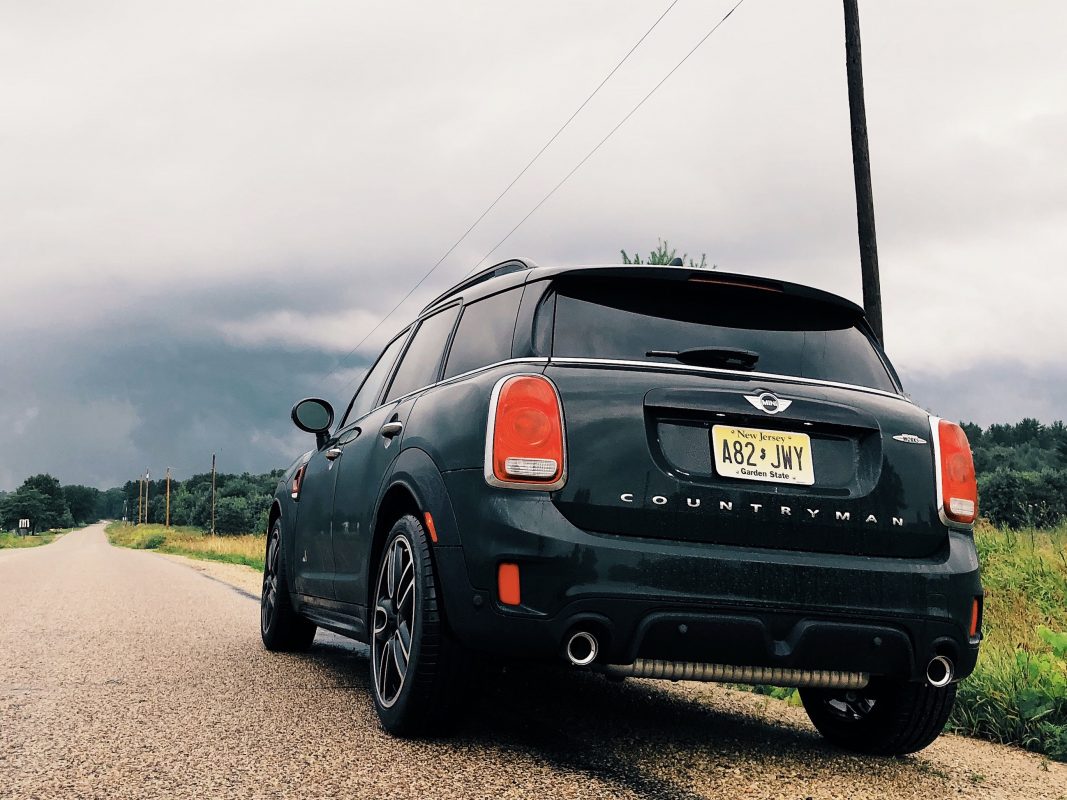