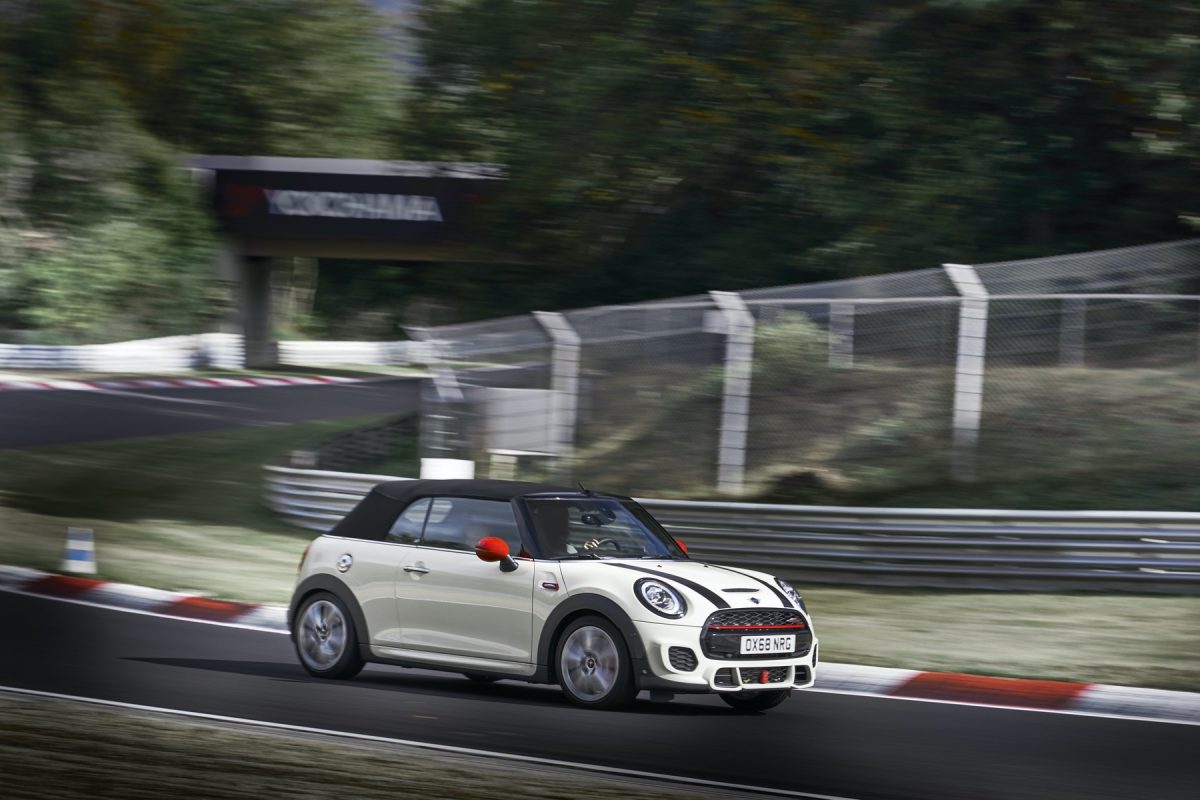 On the Front Over-hang and Proportions of the Modern MINI:

Heilmer has been open about his desire to shorten the front overhang and go back to R50 and R56 proportions and maximize space in the smallest MINIs. In the interview he was able to provide a bit of detail on how the next hatchback’s space efficiency – and proportions – might improve, with the news that Mini is considering a new type of energy-absorbent foam between the front bumper skin and the crash bar that could potentially reduce the hatch’s much criticised and excessive front overhang.

That the foam is more expensive is an issue, but Heilmer said “everyone is pushing to improve space efficiency”. Of the five-door hatch, which is the bigger seller of the pair, he says that the design team is working to improve its aesthetics “quite a lot”.

Quite a lot is an interesting phrase because it means two things. First Heilmer doesn’t seem to love the current front-end. Second we’re likely going to see a very different looking MINI for the 4th generation car.

He also spoke to efforts being made to improve the space efficiency of Mini’s next three-door hatchback. Heilmer said: “For future architecture, we’re having weekly discussions to improve interior space and reduce the car’s footprint. But it’s not solved yet. Maybe next year.” He also noted that the “development cost is also an issue”.

“It’s not necessarily the internal combustion engine that needs the space – even with an EV (which has a smaller motor) you still need a crash box,” Heilmer continued, referring to the progressively deformable and substantial structure around the powertrain. “Crash performance is the bigger issue.”

“The footprint is most crucial with the hatch,” he said. “Size is less of a problem with the other models.” 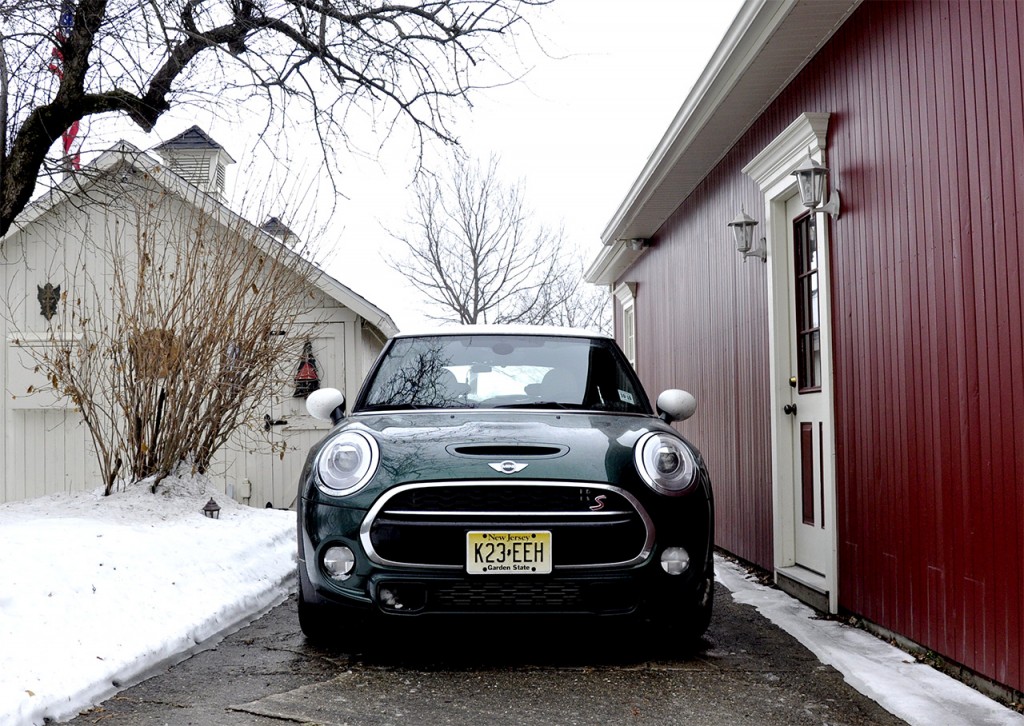 Heilmer dropped a bit of a bomb when it mentioned that the design team has also been reconsidering the Mini’s “iconic features”. “The face recognition is very important, but the tail-lights may not stay iconic. We’ve got to be proactive, not reactive.”

That last quote seems to open up a lot of opportunities.

On the MINI’s Clamshell Hood

“The clamshell bonnet is not necessarily a must-have” 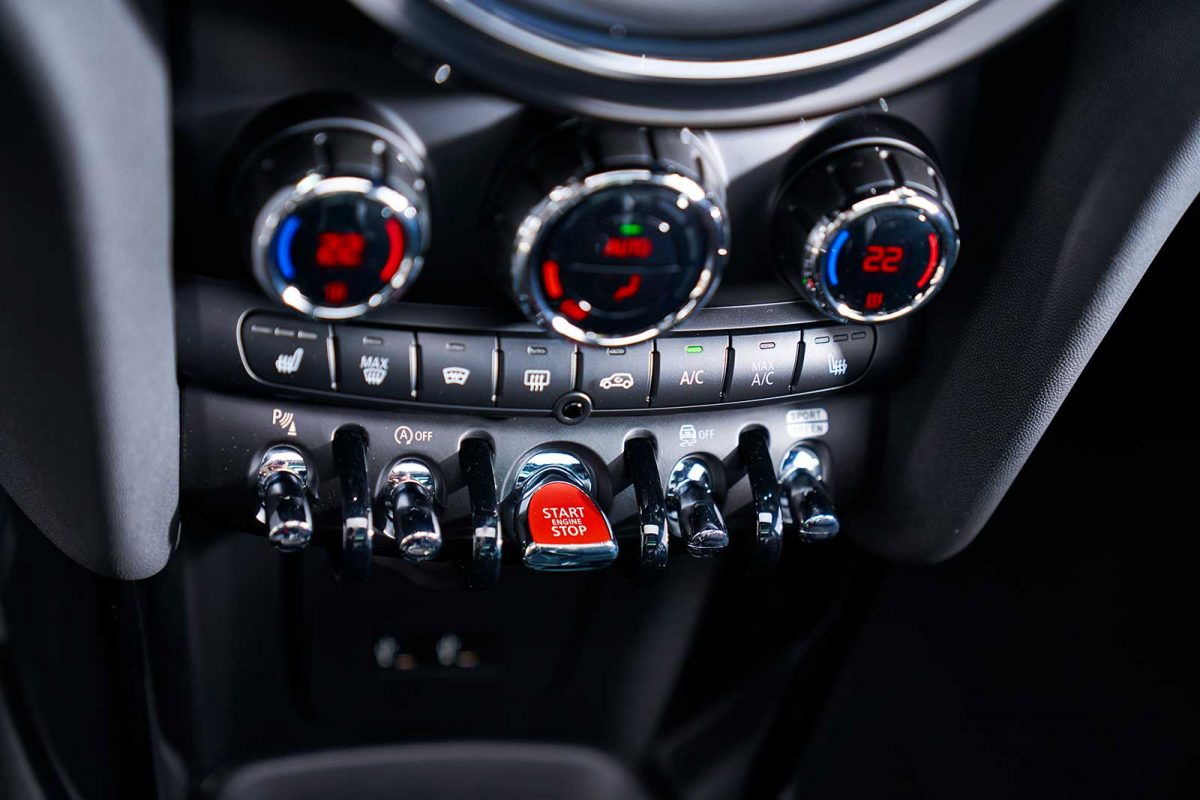 On the MINI’s use of Toggle Switches

“They’re good on the hatch, less so on the others perhaps,” Does that mean we’ll see the hatch remain more retro focused and the larger MINIs become less dependent on those classic touches?