MINI wins Dakar Rally. Those words are an incredible end to the most grueling race in motorsports. And the man who lead the charge is rally legend Carlos Sainz.

We at MotoringFile would like to congratulate the man and the machine (and the team) on an incredible job well done! 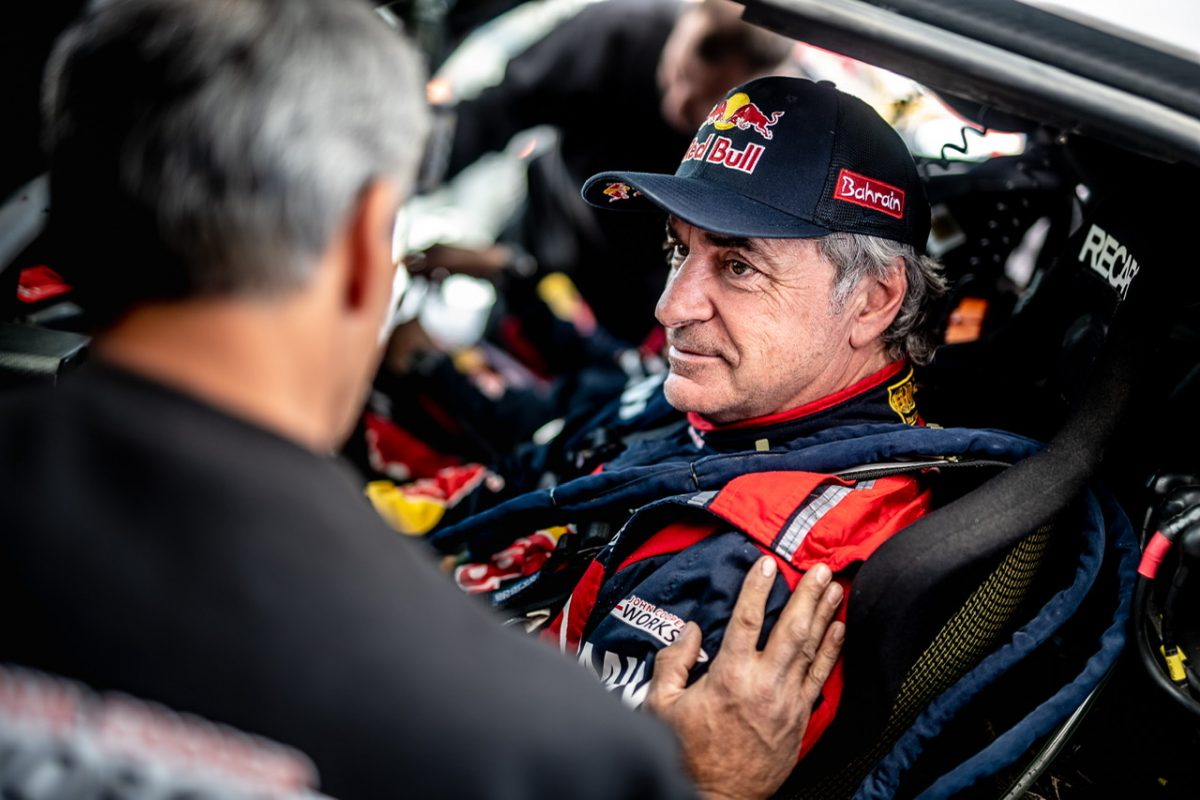 Carlos Sainz (ESP) and his co-driver Lucas Cruz (ESP) have won the Rally Dakar for the third time, having previously triumphed in 2010 and 2018. In doing so, they presented MINI with its fifth overall victory at the iconic endurance rally. For MINI and MINI Motorsport partner X-raid, this was the first success since their winning run together, which lasted from 2012 to 2015. The Spanish pair, in the MINI John Cooper Works Buggy, finished 6:21 minutes ahead of last year’s winner Nasser Al-Attiyah (QAT) after roughly 7,500 kilometres through Saudi Arabia, which was hosting the Dakar for the first time. 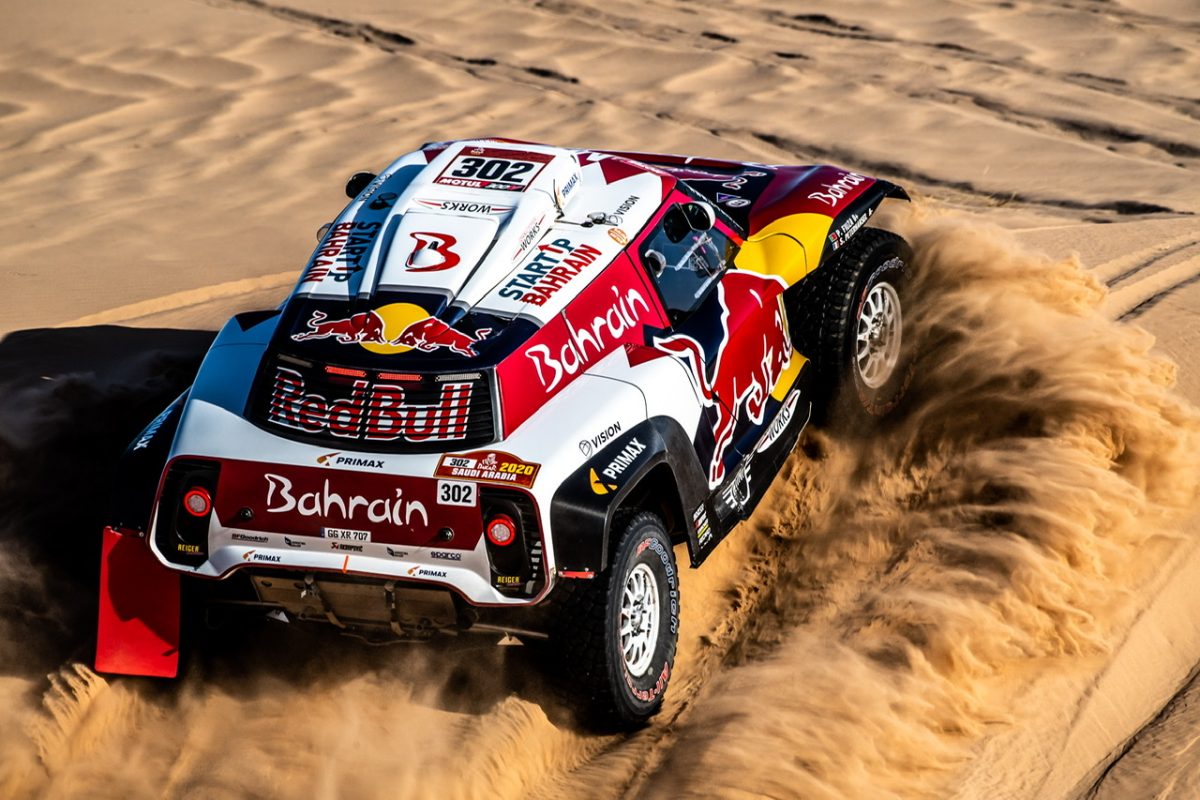 Dakar record winner Stéphane Peterhansel (FRA) and his co-driver Paulo Fiuza (POR) finished third, 9:58 minutes behind Sainz and Cruz, to round off an impressive performance from the two MINI JCW Buggies. The two MINI JCW Buggy crews each won four stages, while MINI vehicles went fastest on a total of nine of the twelve days. Vaidotas Zala (LTU) / Saulius Jurgelenas (LTU), in a MINI JCW Rally, won the very first Dakar stage on Arabian soil on the opening day.

Seven of the nine MINI crews that started the rally reached the finish in Al-Quiddia (KSA), four of them in the top ten. Orlando Terranova (ARG) and Bernardo ‘Ronnie’ Graue (ARG) finished in the top three on three days on their way to sixth place overall in the four-wheel drive MINI JCW Rally. Local favourite Yasir Seaidan (KSA) and his co-driver Alexey Kuzmich (RUS) were ninth and finished an excellent second on the closing stage. Jakub ‘Kuba’ Przygonski (POL) and co-driver Timo Gottschalk (GER) had their hopes of a top result dashed on the opening day when a technical issue resulted in them losing six hours. They eventually finished in 19th place, 8:35.18 seconds off the lead.

MINI vehicles topped the overall standings after every one of the twelve legs at the 40th staging of the Dakar Rally. Zala and Jurgelenas got the ball rolling with victory on the opening stage, after which Terranova and Graue took the overall lead on day two. Sainz and Cruz claimed their first stage win on the third leg. That victory took them to the top of the overall standings – a position they held right through to the finish. 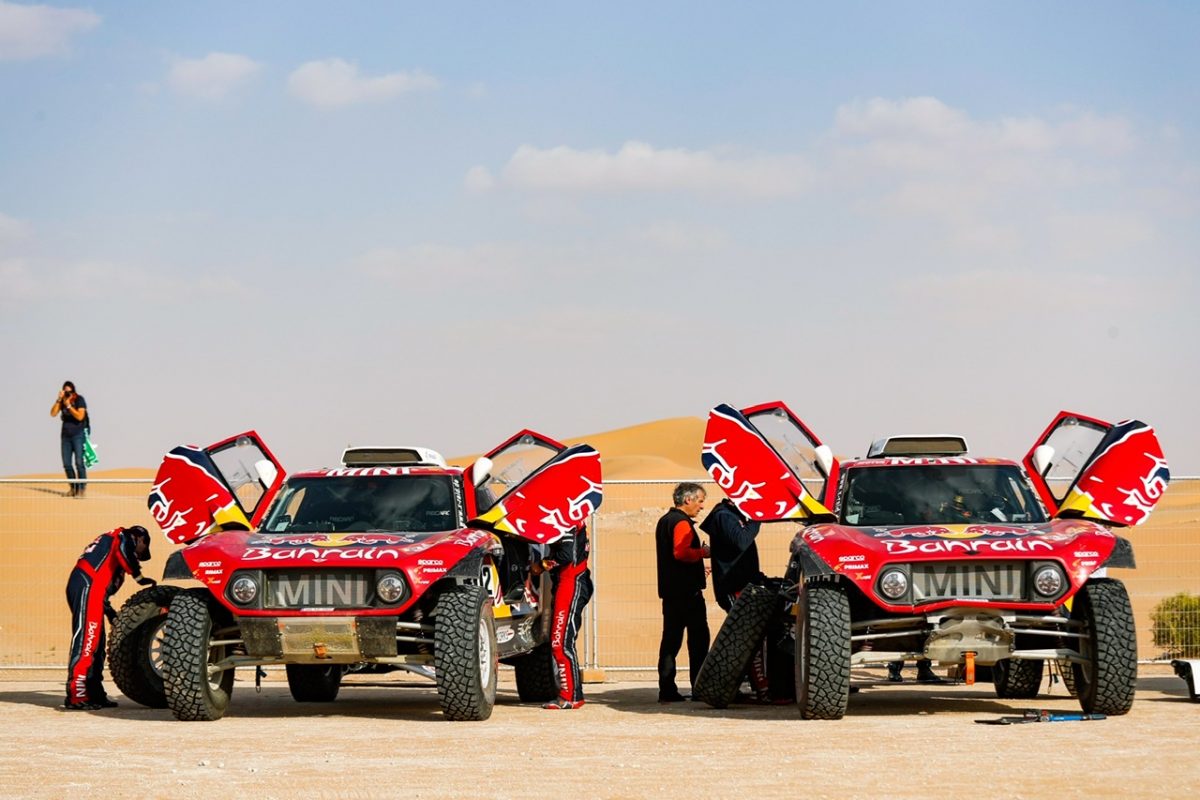 Carlos Sainz
“I am very, very happy. So much hard work, physical training and test work with the team has gone into getting this result. The race was fantastic for us drivers, but you had to work very hard, right from day one. It is hard to imagine, but it was a full-throttle rally from the word go. Right now, I just want to enjoy the success.”

Stéphane Peterhansel
“That was a bit of an odd Dakar for me. We decided at the last minute to change co-drivers, and then went straight into the race with Paulo Fiuza. I am happy with the result. We finished third, which was more than we would have expected at the start. The guys out in front were very quick and did not make any mistakes with the navigation. We did as well as we could have done.” 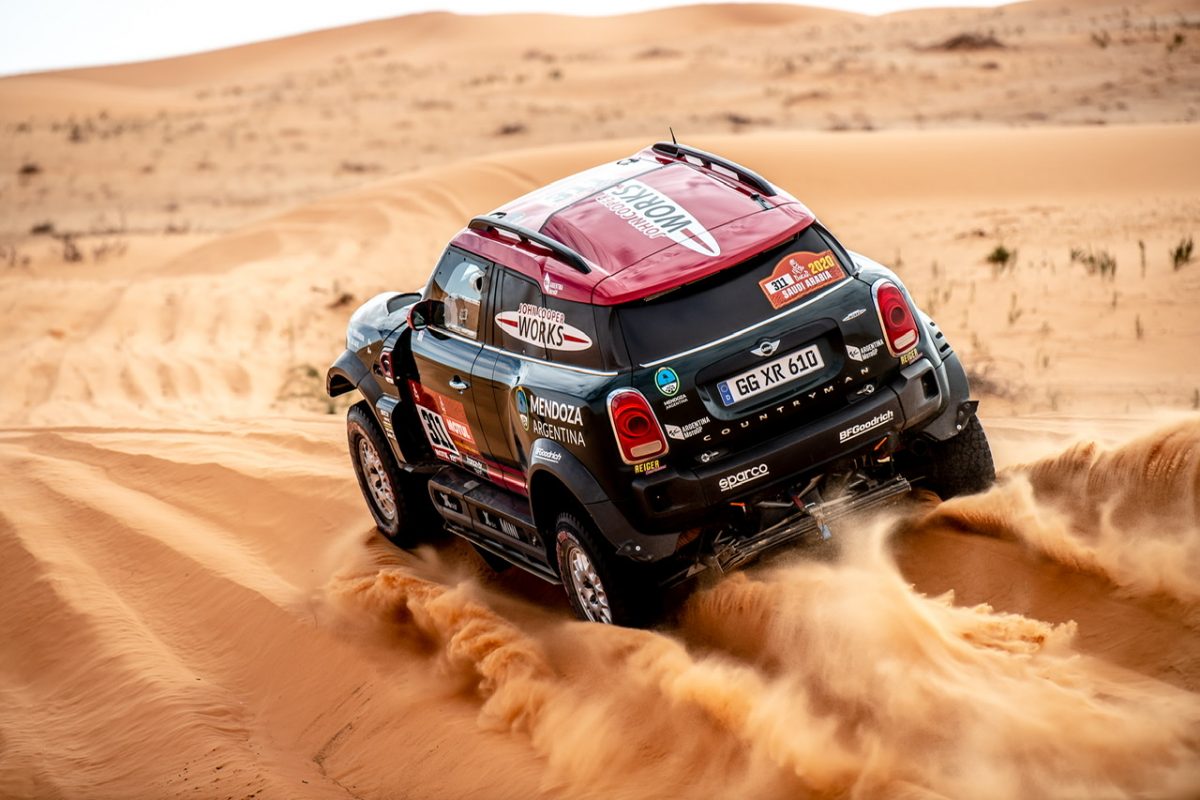 “On behalf of the entire MINI family, I would like to congratulate Carlos Sainz, Lucas Cruz and the X-raid team on winning the 2020 Dakar Rally. At the same time, I also congratulate Stéphane Peterhansel and Paulo Fiuza on their podium finish. Unfortunately, this success is overshadowed by the tragic accidents involving Paulo Gonçalves and Edwin Straver, which have affected us all deeply. We wish the relatives every strength and Edwin Straver all the best for his recovery. Our drivers and the X-raid team performed superbly in Saudi Arabia, which was hosting the rally for the first time, and they were rewarded for the hard work they put in during preparations for the event. The MINI John Cooper Works Buggy proved to be fast and reliable on the very demanding and unfamiliar terrain. The fifth overall victory for MINI at the Dakar, and the first since 2015, is a very special moment for us all.”

Sven Quandt – CEO X-raid
“We are absolutely overwhelmed by this superb team result. We did not expect to finish first and third. It has been a fantastic race, with many battles for the lead. Carlos and Stéphane did an outstanding job. The performance of our MINI JCW fleet was absolutely top-notch. We are delighted to have finally won another Dakar with our MINIs after so many years of trying. To have four MINIs in the top ten and seven in the top 20 shows how reliable we are. Thank you to our staff and to everyone who has believed in us and supported us – particularly MINI and our partners.”

As MINI Closes in on a Dakar Podium Sweep, Controversy Arises