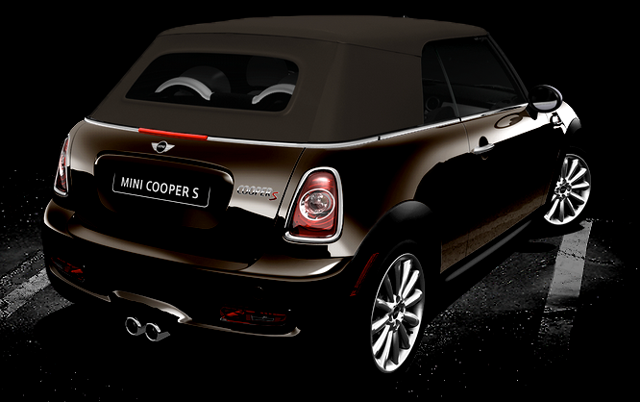 MINI will be releasing a special edition MINI Convertible known as the Highgate later this year. The car will follow along the lines of the recently released MINI Hampton. Created by MINI Yours, the Highgate will feature a new color – Ice Chocolate Metallic. According to our sources the color looks to be a cross between Hot Chocolate and Astro Black.

Inside the Highgate features an interior finished in Chocolate leather with contrasting white stitching.

Look for the Highgate to debut late this year and be for 2012.

Note: The image above is our interpretation of how the Highgate could look based on the information we’ve received. Expect changes.

Autoweek.nl Captures the R57 Up Close