We’ve been reporting on the upcoming 2018 MINI refresh for well over a year but until now we’ve seen no visual evidence of it. Today that changes. The website Motor1 has a few photos showing a Cooper S with what appears to be camouflaged front and rear lighting only.

We had heard previously that MINI had planned to redesign the from and rear bumpers of the F56 specifically along with the entire MINI family getting revised lighting all the way around. Based on these photos it would appear MINI has gone a more conservative focusing on restyling front and rear lights.

Beyond these relatively minor exterior changes, MINI has plans for some substantial mechanical revisions across the line-up. New navigation system, engines and a revised design are all on tap as MINI looks to inject new life into the brand’s core models. What will they look like and when is it happening? Read on.

MINI (and BMW) have a seven year model cycle with a refresh typically 3-4 years into that so this is a long expected nip and tuck. In BMW speak this typer of refresh is called an LCI which stands for (awkwardly) life cycle impulse. LCIs can range from light (the 2015 R60 Countryman) to expansive (the 2005 R50/R53). We believe that MINI’s refresh will fall somewhere in the middle. Here’s what we know. 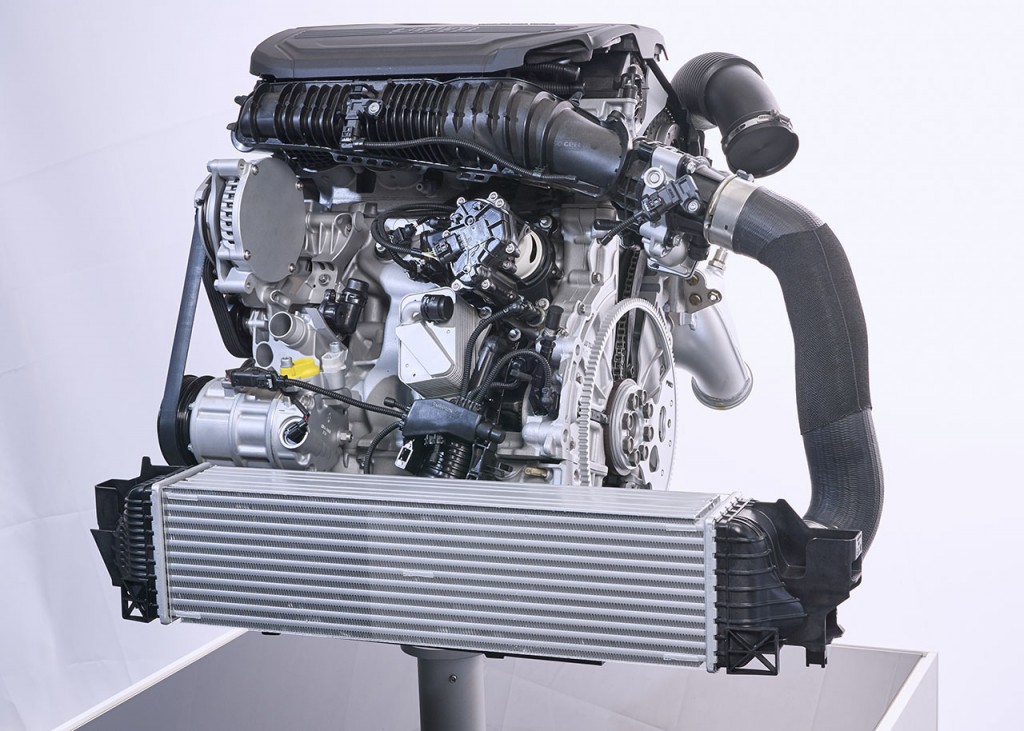 MINI is thoroughly refreshing it’s range of three and four cylinder engines with updates throughout the drivetrain. The result will be more power and torque along with higher levels of efficiency. But beyond that we’ll also see enhanced acoustic properties (i.e. they’ll sound better), smoother operation and (this is key) and a reduction in weight

A revised turbocharging system will be a major part of the drivetrain overhaul. For instance the exhaust manifold and turbocharger will housed together in the cylinder head rather than separate. The turbocharger casing for the three- cylinder engine will switch to aluminum on the Cooper model, while the four-cylinder units will all feature steel casings.

The new engines will also feature a more advanced cooling system that serves to optimize the combustion process with the aim of reducing both CO2 output and other pollutant emissions. The new coolant pump will have separate outlets for the flow of coolant to the cylinder head and engine block, which should result in a far more effective thermal management.

The new engine will also feature revised balancer shafts ensuring smoother operation. These shafts are intended to iron out the vibrations that occur when power is transmitted to the crankshaft. Three-cylinder engines will in future benefit from a new balancer shaft complete with a modified drive mechanism that results in a weight saving, improved excitation and further enhanced acoustic properties.

Another way that MINI has optimized the acoustics is to fit the cars with a single-piece timing chain drive and a new L-shaped belt arrangement driving the alternator, water pump, torsional vibration damper and air conditioning compressor. This should help the engine sound noticeably smoother – especially on cold starts.

What does this mean for power? We know that BMW has the ability to tune both the three and four cylinder engines up in power pretty dramatically if it wanted. The 227 hp three cylinder in the BMW i8 for instance is essentially same engine in the Mini Cooper. Similar the 255 hp four cylinder in the 7 Series hybrid is the same 2.0L that is in the Cooper S and JCW.

But numbers like that aren’t going to happen for MINIs mainstream models. What we will see are horsepower gains in the 3-5% range with even greater torque improvements. In the Cooper S we believe this will manifest itself in a output of around 196 hp and potentially as torque figure as high as 220 ft lbs. The side benefit of not going quite as high with the power figures is that we could see a further cut in fuel consumption and emissions of up to 5% across models.

We believe that MINI will not revise the JCW powerplant for 2017 but may do so later.

What you see above and below isn’t what we expect the refreshed cars to look like. BAsed on the new spy photos it would seem that bumper revisions are out.

Instead lighting will be a focus with the headlights featuring new LED day-time lights that look more cohesive (and less like a series of small lights) than the current version. We also expect some tweaks to the rear lights with the possibility of MINI moving over to LEDs for some elements.

MINI’s original plans were to add the two-part front air curtain to the F56 and F55 LCI but it remains to be seen if we’ll see that kind of re-engineering go into the cars at this stage of their life-cycle.

In addition to styling tweaks we expect MINI to introduce 2-3 new colors and at least two new wheel designs across the range.

Inside MINI will swap out several interior trim and leather options as well as introduce more mood lighting as we’ve seen on the new Clubman and Countryman.

One of the biggest stories for the 2018 LCI will be technology. The new iDrive system is nothing short of a revelation. MINI has added much more than just touch control with this update. It’s an entirely new system and an evolved design and interactions that make it all much more intuitive and faster. Perhaps more important to many of you, MINI will introduce wireless CarPlay with this refresh. Look for Android Auto to be supported sometime in 2017 or 2018. 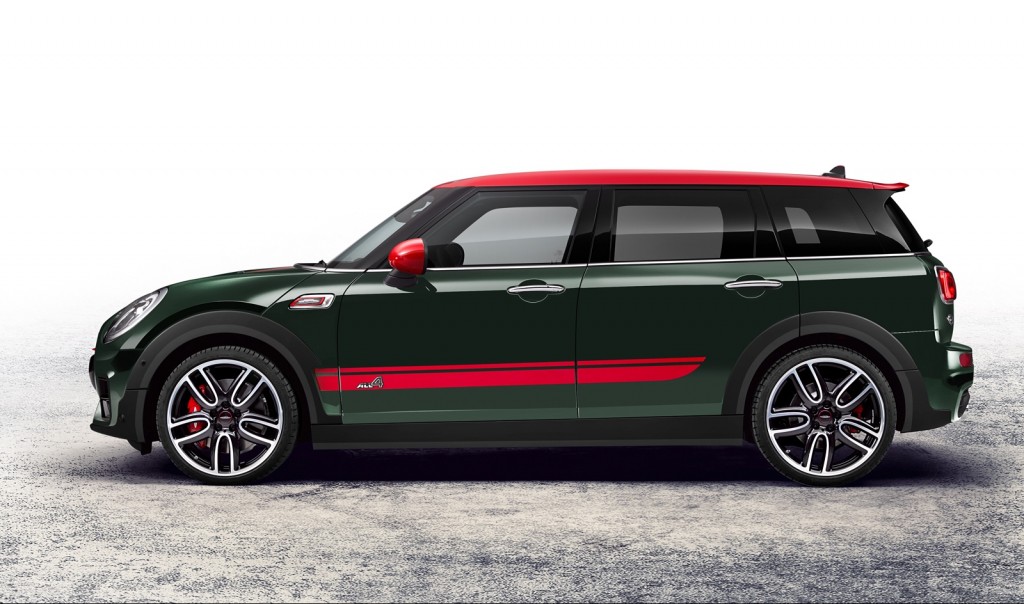 What Models are Getting Refreshed?

According to sources MINI will be refreshing it’s entire small car line-up including the MINI Convertible. Given that this includes the F56 three door and F55 five door hatch which represent not just the soul of the brand but the majority of sales, it’s a critical refresh.

What about the other models? We believe the engine refresh will likely be rolled into production for the Clubman and Countryman sometime in 2018 with a true refresh to those vehicles happening in 2019 and 2020 respectively.