For my birthday, some of my friends gave me a Supersprint exhaust system for my Cooper. They purchased it from Promini, where it retails for $399.95.

The Italian-made Supersprint exhaust is 100% stainless steel, which means I should have it for a long time. Also of note is that the pipe is bent using mandrel bends so that the diameter of the pipe is consistent from end to end.

I have to admit to being a bit hesitant to have it installed. As someone who detests cars with “fart cannons“, I feared that my Cooper would join the swarm of garish, flatulent Civics and Neons that infests my corner of the world. After about a week, and a little subtle prodding, I mustered up the courage to go through with it.

Not wanting to give myself time for second thoughts, I skipped shopping around for the best price and went to the local Midas. For the most part, installation went smoothly. However, the mechanic was a little confused about the hangers that were included in the package. He ended up cutting one of them into pieces in order to make things work. I suspect that he misread the instructions. Since the exhaust seems to be firmly attached and does not rattle, I'm not going to complain. Installation took about one hour to complete.

With the turn of the key, I discovered that my fears about the exhaust were unfounded. The cabin was filled with a very pleasing low growl. It's a sound that I would never have expected from a Cooper. 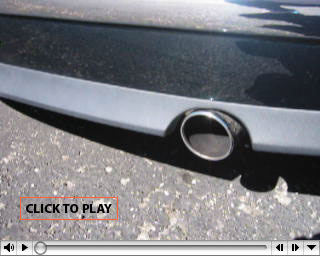 Pulling out onto the road for the first time was quite a treat, as well. At low rpm, the exhaust's tone is deeper than the stock system. As rpm increases, the deep rumble gives way to a wonderfully powerful, throaty sound. I was so impressed that I couldn't help but chuckle a bit. 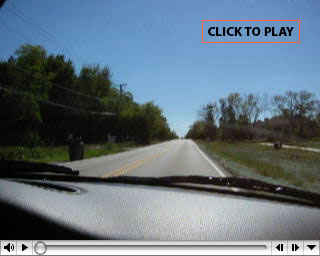 The amount of gurgle when engine braking has greatly increased. I found this to also be very cool.

Most importantly, however, I could definitely feel the increase in power. Supersprint claims that the exhaust adds 5 Hp to the standard Cooper. I'm inclined to believe that number.

One complaint I've heard about aftermarket exhaust systems is that they are unpleasant on long trips. The weekend after installation, I drove from Chicago to northern Wisconsin and back. Since this exhaust does not have a resonator, there was more noise in the cabin than with the stock exhaust. However, at no point did I find it excessive or annoying.

Overall, I think the Supersprint exhaust system is a great buy. It sounds wonderful, adds some power, and vastly increases the longevity of the exhaust system. The only downside is that some people might find it a bit too noisy for long trips.