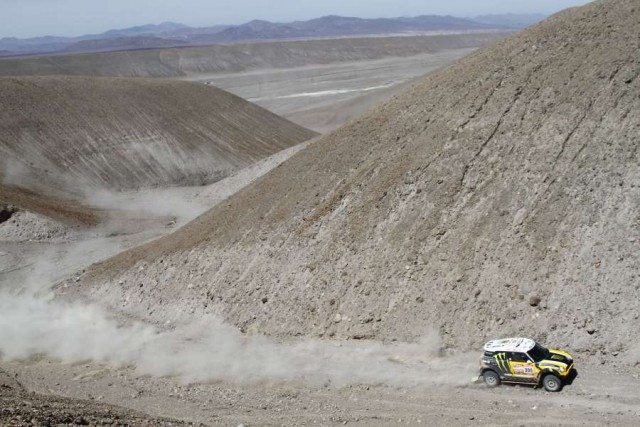 Stephane Peterhansel clinched his 10th Dakar Rally win today and the first for Mini as a brand in the car category. Peterhansel lead much the event in the category.

The Frenchman battled American Robby Gordon’s Hummer team for most of the way. However a combination of car issues and possible sanctions over a tire inflation system dropped the American back to 5th.

The overall result is indeed an impressive one. All MINI ALL4 Racing drivers finished in the overall top ten. Nani Roma was second and Leonid Novitskiy fourth, while Ricardo Leal dos Santos and Krzystof Holowczyc claimed eighth and tenth places overall. Throughout the whole event, one of the X-raid team’s MINIs has always been sitting pretty on top of the overall standings.

MINI Cross-over to Debut in Paris this Fall?