How do you get to know a car? A bunch of miles usually help. Then you will need some amazing roads. How about fall foliage and scenic vistas? It never hurts. Finally you need a car. And since this is MotoringFile it not only needs to be a MINI but the fastest MINI ever made. Enter the 2016 JCW automatic.

The only hiccup in the plan is that we’ve already driven the JCW in automatic form and found it lacking the involvement and character of its manual brethren. Yet over the course of 1000 miles through the twisting backroads of New York and Vermont the 2016 MINI JCW automatic won over my manual biased heart.

When I drove the JCW in both manual and auto forms earlier this year I called out the automatic as being 20% less fun than the manual on Whiteroofradio. There was less engagement and ultimately less involvement in the process of driving. The thought at the time was that the JCW was such an engaging drive, that that loss of involvement really did the car a disservice.

After four days behind the wheel of the JCW auto I’m happy to admit I was wrong. The updated Aisin automatic 6 speed is so quick to respond to inputs and so crisp in shifts that it takes on more of point and shot character than the manual car. There’s little doubt that it’s also quicker both in a straight line and on the track. And coupled with the JCW Pro exhaust (as our test car was) it’s as raucous as any MINI ever released from the factory.

As any good automatic will do, the JCW auto gives you back some mental capacity to concentrate on other things beyond slotting into 3rd. Apexes and shift points can be focused on, and scenery (something Vermont knows about) is enjoyed with a bit more serenity.

Beyond the auto option, our Chili Red and black JCW was moderately specced with the smaller navigation option (get the big one), standard JCW cloth seats (our favorite) and variable dampers (worth it with runflats). It was also loaded with the JCW Pro Diffuser, JCW front and rear spoiler trim pieces and the aforementioned JCW Pro Exhaust.

The first two I could take or leave. But the exhaust is a different matter. The second you start the JCW you know you’re in a special MINI. The JCW Pro exhaust doubles that sense. It’s deeper and slightly menacing in its register without sounding like so many mediocre aftermarket products. At speed that sound subtly turns to aggression with a roar that is unlike anything we’ve ever heard on a MINI. It’s deep throated yet restrained. However all that changes when you double click the bluetooth remote which wirelessly opens a flap inside the exhaust. The JCW’s attitude shifts to a snarling animal. It’s this mode that will turn heads and gets wallets out of JCW owners.

About that bluetooth remote though. it’s oddly designed, overly large and unnecessarily heavy. Why it’s not simple a button attached to the car somewhere is beyond me.

For years the words JCW and automatic didn’t co-exist because MINI never offered the pair. The JCW was meant to be a purist’s car with performance and driving experience positioned above all else. When the auto was added to the line-up many of us rolled our eyes. Some of us called MINI’s motives in question. Surely a DCT would have been a better choice was a common refrain. But with MINI’s limited budget a refined version of the long in the tooth Aisin six speed was all that was on offer.

Performance of those first cars (and the current Countryman and Paceman JCW models with the auto) weren’t particularly impressive. But more importantly the transmission sapped some of that cherished character from JCWs. In many ways that was by far the more unforgivable sin over the performance gaps.

This new JCW is equipped with (shockingly) the same same automatic yet is a different story altogether. Yes the interaction and the subsequent connection with the car is lessened by the automated function of the gearbox. But the ability to interact with the transmission through the steering wheel mounted paddles and the immediacy of its reactions make this a very different proposition than previous MINI autos.

Winding our way through the hills of Vermont the shifts snapped off effortlessly. But perhaps more impressive, was JCW’s ability to downshift quicker and with none of the driveline shudder of the previous JCW autos. While the revised Aisin isn’t as quite quick or as smooth as the 8AT automatic found in BMWs (or a DCT), it’s a huge improvement in both performance and comfort. For a premium product with plenty of sporting potential, that’s exactly what we needed to look at the JCW auto as a proper JCW. 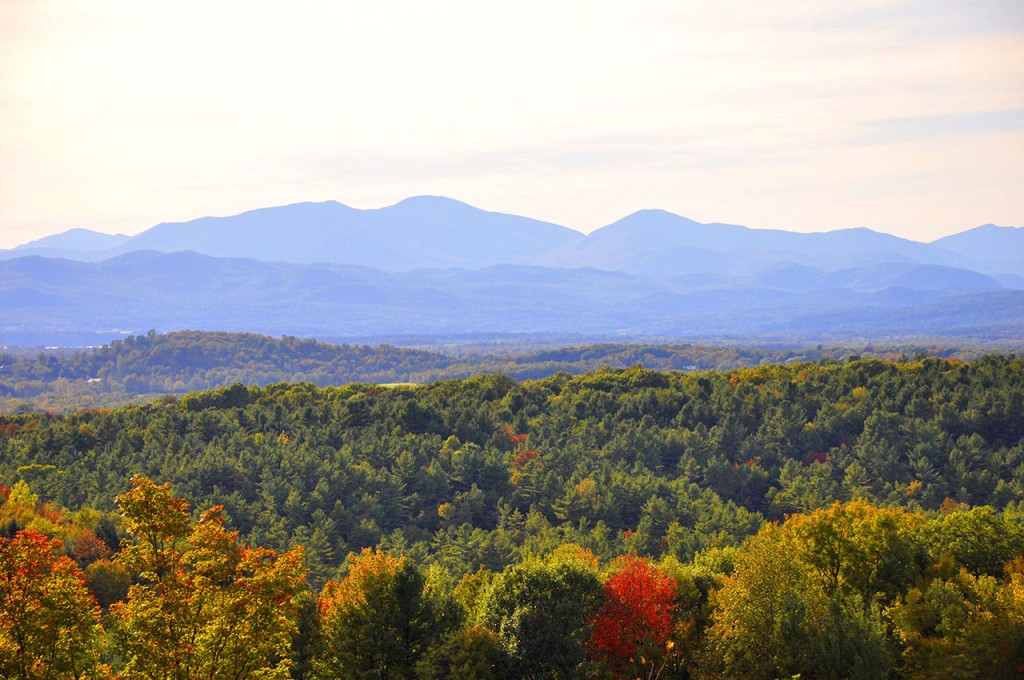 Blasting through the apple orchards and pumpkin patches of Vermont proved to be a perfect backdrop in finding the real car behind the stats. The JCW’s (optional) adaptive suspension coupled with its excellent brakes and 18” summer tires ate the corners alive. And with the windows down the delicious sounds of the JCW Pro exhaust echoed from valley to valley. While it’s probably not the traditional way Vermont celebrate autumn, it felt right to me.

The typical automatic excuses we’ve heard over the years aren’t required anymore. You don’t have to tell your friends your commute sucks or your left ankle has pins in it. You can now buy a JCW and equip it with an automatic without the need to explain or apologize. The transmission coupled with the entire package represents an excellent product that fully delivers on the JCW brand promise. Which means it’s a hell of a lot of fun.

A New Look For The MINI's Nav