There’s a little sand in the rear footwells. There’s an extra pair of running shoes and frisbee under floor rear storage. And there’s 6,000 miles on the odometer after six months. Our Clubman is officially broken in and part of the MotoringFile family. And in all of those 6,000 miles we’ve had zero problems and nothing but a fantastic ownership experience.

Nothing is perfect but so far our F54 Clubman Cooper S is as close as we’ve ever gotten in a MINI. It’s performed brilliantly since day one and been a joy to live with. The usable storage is excellent and better than my 3 Series four door that’s been left storage driveway since the day the Clubman came. Even better it’s shorter and easier to fit in tight urban spots that would leave the 3er circling. The Clubman is also more immediately fun with a quicker steering rack and less overall weight giving it a more agile feel.

Stacking the Clubman up against the four door VW GTI is probably a better comparison given the size and cost. There it comes down to preference as the GTI is undeniably solid in almost every way. While the MINI’s technology lags slightly (the VW now offers CarPlay) the interior of the Clubman doesn’t really have to apologize anymore. Material quality is on par or near to par with the VW while having just enough interesting design flourishes to make the VW feel a bit too solemn.

Behind the wheel and back to back it’s obvious that the Clubman is designed to a bit more fun and engaging while the is more VW vault like and refined in a Germanic way. For my money it’s the Clubman that feels like the more interesting and engaging daily driver. 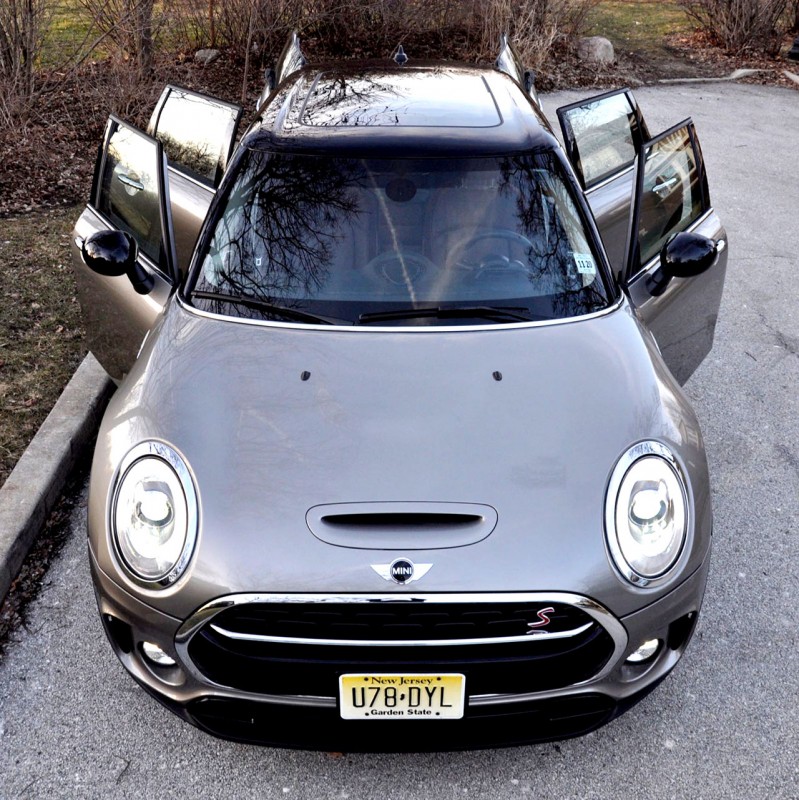 For most our Clubman Cooper S would represent total joy six months in. But perfection for a car enthusiast is hard to come by in a car designed at least partially for the mass-market. As good as the Clubman is there are a few areas we’d like to see improved upon in the LCI or the next generation. We love the torque of the 2.0L Cooper S engine but there is one thing that has nagged us since the launch of the F Series. It simply doesn’t rev as quick as we’d expect in a MINI. This is due to two things that we can tell; engine size and the internals. There’s no question that a 2.0L engine requires a bit more to motivate than the old 1.6L Prince engine in the R5X series. To balance this MINI would have needed to focus on things like a lighter flywheel and other improved internals to regain that urgency in the rev range. While the power and torque are great, this inability to rev quickly takes away from some of that MINI feel we all love. This is why more than a few of you prefer the quicker revving 1.5L 3 Cylinder despite being down on power.

As it stands this characteristic is less obvious in the Clubman than it was in our ing term F56 Cooper S we ran last year.

Six months down, six to go

Next up for our Clubman Cooper S will be joining the MTTS caravan as it heads across the midwest. The plan is to head north along Michigan’s famous M22 and into the Upper Peninsula. From here we’ll be heading west to Wisconsin before heading back south along the lake back to Michigan. It’ll be just another in a long line of road trips for our Clubman which has become a bit of a weekend warrior handling everything from bikes to dogs and of course sandy kids.