The Mini Countryman Hybrid is months away and we have our first pricing. And if this is any indication of US pricing, we should see a base price just over the $37k of the JCW Countryman. This also gives us an indication of a US launch date which will likely be in July.

Here’s the high-level on the UK pricing and the Countryman E as a whole: 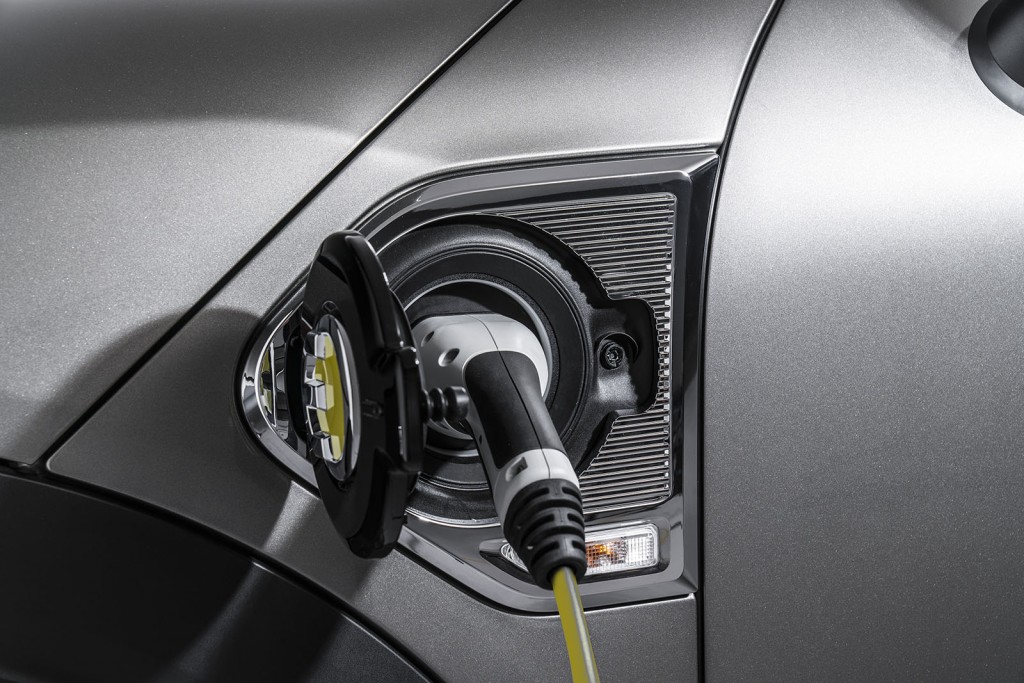 Available to order from today, the new MINI Cooper S E Countryman ALL4 will launch on 24th June 2017 and is priced from £31,585 OTR. On the road pricing does not include the government plug-in car grant.

The first plug-in hybrid model in the MINI product range offers sporty agility on the road as well as competency beyond the asphalt thanks to its intelligent all-wheel drive system. The MINI Cooper S E Countryman ALL4 hybrid system is made up of a 3-cylinder petrol engine with MINI TwinPower Turbo Technology and a synchronous electric motor. Together they generate a system output of 165 kW/224 hp enabling the car to sprint from standing to 62mph in 6.8 seconds. 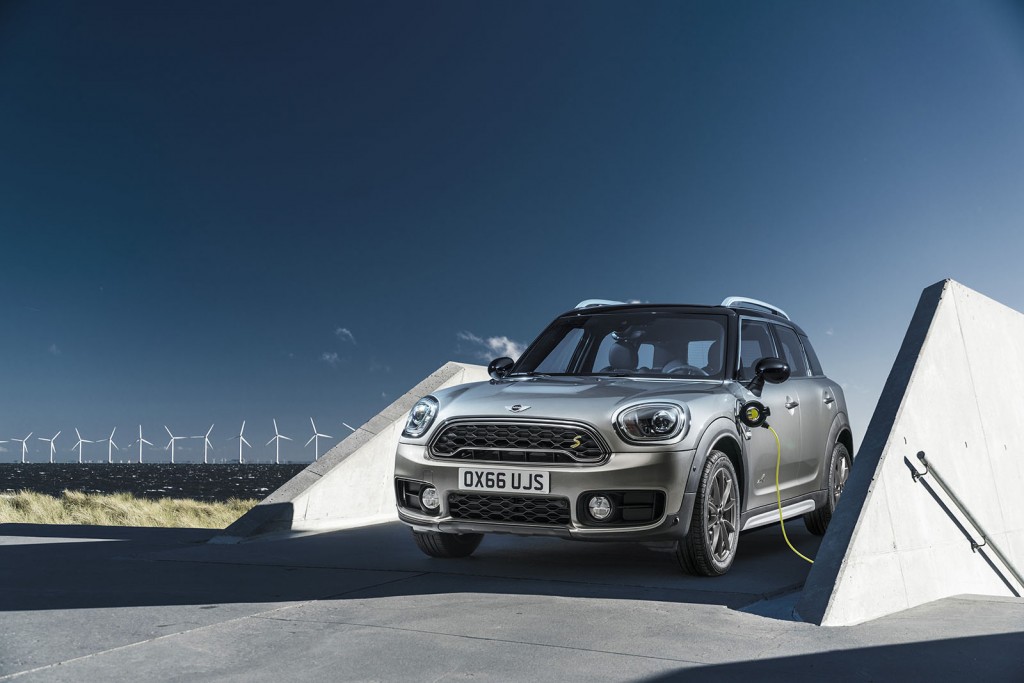 The power of the combustion engine is transmitted to the front wheels via a 6-speed Steptronic transmission, while the electric motor powers the rear wheels. The intelligently controlled interaction between the two power units creates an all-wheel drive system that optimises agility and stability on the road as well as providing supreme traction over snow and unsurfaced terrain.

In everyday traffic the intelligent drive control of the MINI Cooper S E Countryman ALL4 makes for an intense hybrid driving experience. When setting off, only the electric motor is initially active meaning a virtually noiseless start. As is typical of electric motors, the entire torque is available from standing. Once a driving speed of 50mph is reached, the combustion engine is gently activated. The eDRIVE toggle switch enables the driver to continue to drive with only the electric engine beyond this point if preferred: in MAX eDRIVE mode the MINI Cooper S E Countryman ALL4 runs at up to 78mph free of local emissions. The electric range of the first MINI plug-in hybrid model is 25 miles. 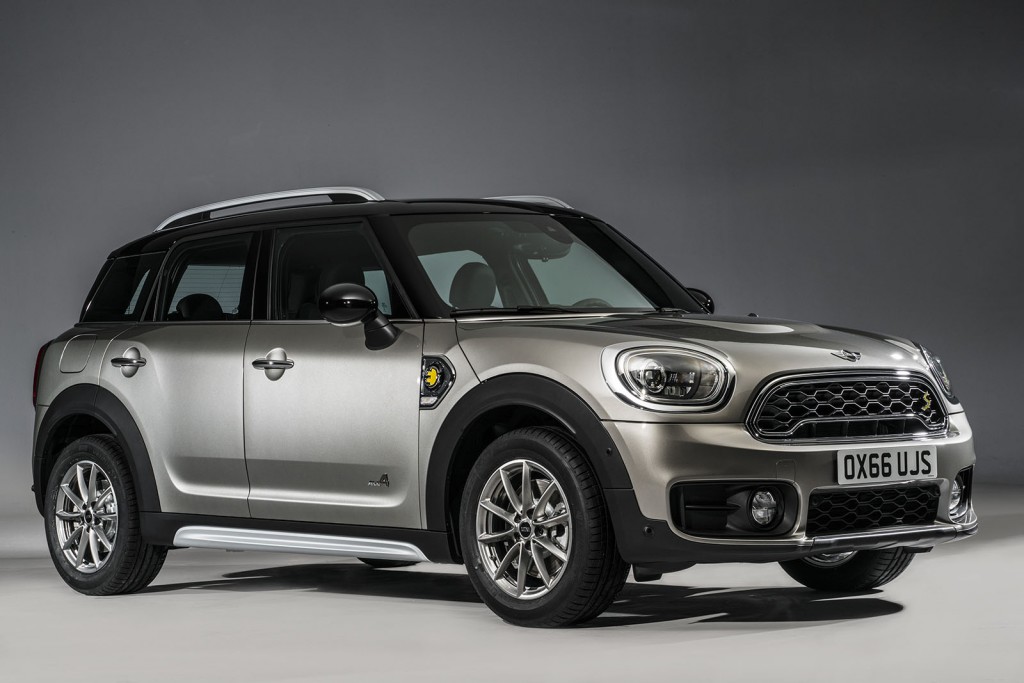 The energy required for this is stored in a high-voltage lithium-ion battery. It can be charged at a conventional household socket or, for increased power input and reduced waiting times, at a wallbox or public charging station. Charging takes between 2:15 and 3:15 hours.

The efficiency and pulling power of the electric motor, its cleverly controlled interaction with the combustion engine and the premium quality and reliability of all components of the hybrid system is the result of the BMW Group’s eDrive technology. The high-voltage battery comes with a warranty which lasts for six years or 60,000 miles. 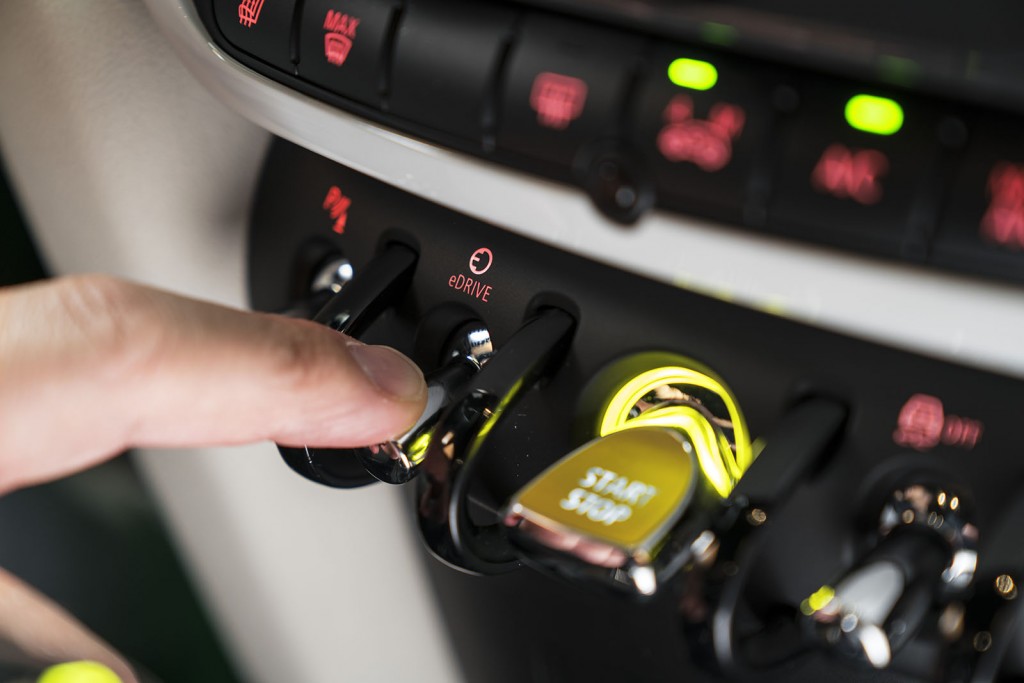 The MINI Cooper S E Countryman ALL4 combines its progressive drive system with the versatile space concept and hallmark brand style of the latest MINI model range. The battery is housed underneath the rear seat and flat load boot floor, minimising drawbacks to boot space and leg room. The luggage compartment volume of the hybrid model is 405 litres, which can be extended to as much as 1 275 litres with the rear backrests folded down.

In addition to model-specific design elements such as the “E” emblem on the radiator grille and side scuttles as well as door sill finishers with a yellow “S” logo, the 17-inch light alloy wheels in Light Spoke design are another distinguishing feature exclusive to the model. Inside, hybrid-specific displays and the eDRIVE toggle switch indicate the distinctive character of the MINI Cooper S E Countryman ALL4.

The MINI Coupe for the 2008 Model Year