[Update 04.11.17] Due to this story BMW of North America and the BMW CCA have provided an update to MotoringFile that should help to both clarify these rules and provide a sigh of relief for some BMW owners.

The Genesee Valley BMW Car Club of America (BMW CCA) Chapter created and published an unauthorized policy banning BMW’s with Driver Aids from participating in their High Performance Driving Education (HPDE) schools. The national BMW CCA office does not share their opinion and is discussing the issue with the chapter.

BMW of North America LLC. is working closely with the national BMW CCA office to educate and develop a nationwide procedure for including BMWs with driver aids in HPDE schools. Advanced driver aids like Lane Departure Warning and Blind Spot Detection and Lane Keep do not affect the ability of the driver to control the car on-track at high speed. In addition, the systems can be shut off so that they are also not a distraction to a novice student.

Some drivers may find Frontal Collision Warning w/City Collision Mitigation to be intrusive on-track but this system can be adjusted in the iDrive menus to warn the driver later or completely shut off by pressing and holding the Driver Aids button on the dash until the green light goes out. The system defaults to ON upon re-start so this switch would need to be pressed at the beginning of each on-track run. It should be noted that Driver Aids Button in the OFF mode also indicates that all other Driver Aids installed on the car are also shut off.

This is a fantastic update to a story that none of us wanted to read. track days are a right of passage for BMW enthusiasts and provide one of the best and safest ways to full understand what a car is capable of. Kudos to both BMWNA and BMWCCA for stepping in and giving us some clarity on the matter.

The day many of us have feared is here. For the first time that we know of a BMWCCA Chapter is banning all cars with collision avoidance systems from the time honored tradition of track days. More specifically the Genesee Valley Chapter is banning cars with “automatic emergency braking” and/or “lane keeping assistance” systems. This is due to the systems causing cars to behave in unpredictable and undesirable ways on a racetrack. Yes these systems can be turned off in modern BMWs & MINIs. But that’s not enough for the chapter given user error in doing so.

What does this mean for MINIs? The current radar cruise control that is optional on MINIs also includes a automatic emergency braking component to it. That means that it would fall under this particular BMWCCA Chapter’s ban.

Why is this is a big deal? For one this is notable given that the GVC runs some of the best HPDE on the east coast, including Watkins Glen. This will also impact newer BMWs at these events (where BMW typically is well represented) and MINIs with Active Cruise. But it’s not just this one BMWCCA chapter. We’ve now confirmed that several others across North America have begun banning cars with these systems.

For MINIs the Active Cruise option (which was first offered on 2014 F56 models) has historically been an expensive one with a low take rate. However that is set to change dramatically. According to BMW they expect all of their vehicles to have these systems as standard by 2022. 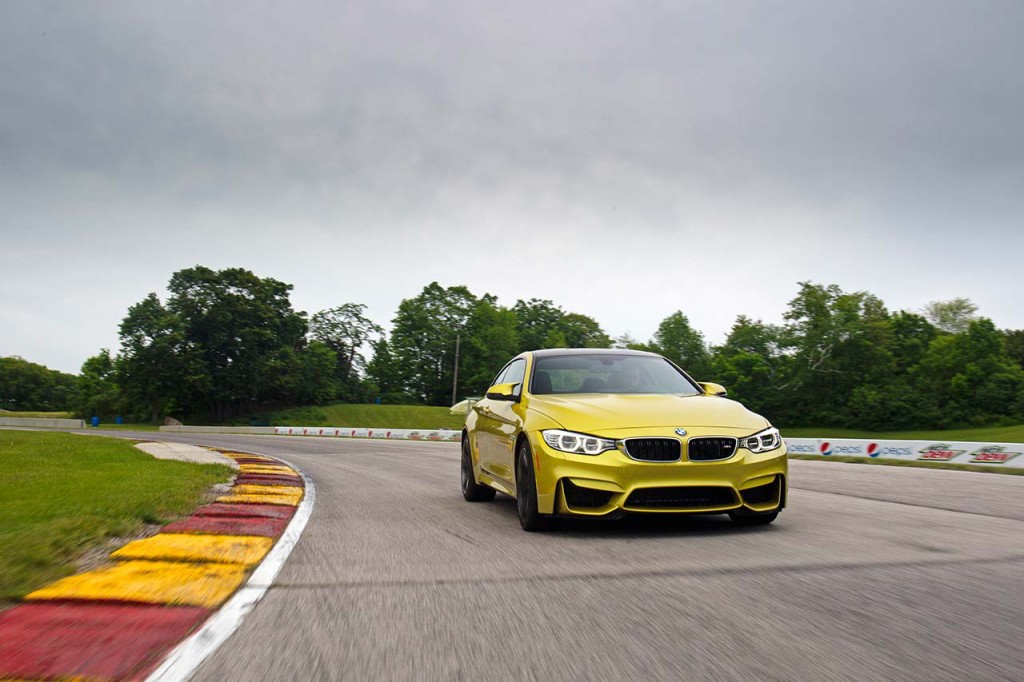 Here’s the official statement from the Genesee Valley BMWCCA Chapter:

As you know, the automotive world is rapidly deploying a variety of safety-related driver aids, and we are heading toward a brave new world of semi- and fully autonomous vehicles. This will undoubtedly be of great benefit to traffic safety, especially given the rise in accident rates attributed to smartphone use. However, some of these new driver aids may adversely impact the use of such vehicles on a racetrack. In particular, cars with “automatic emergency braking” and/or “lane keeping assistance” systems may behave in unpredictable and undesirable ways on a racetrack.

Because there is so much uncertainty about how these systems behave in a variety of conditions, GVC have decided to ban all vehicles equipped with Automatic Emergency Braking and/or Lane Keeping Assistance systems (or their equivalent) for use in our HPDE events, even if these systems may be disabled by the driver.

Please consult your local new car dealership for assistance if you are unsure whether your vehicle is equipped with these collision avoidance systems. If your vehicle is so equipped, your only course of action will be to find another vehicle without said systems to use at the event. Please let us know if you will be driving a different car than the one you chose during registration so we can update your registration profile.

Note: GVC will deny participation, and forfeit the entry fees, of anyone arriving at our events intending to use a car equipped with these systems in the driving school.

For more information, I refer you to the article entitled “Ten Ways to Avoid a Crash” in the April 2016 edition of Consumer Reports. You may also find the following links useful: