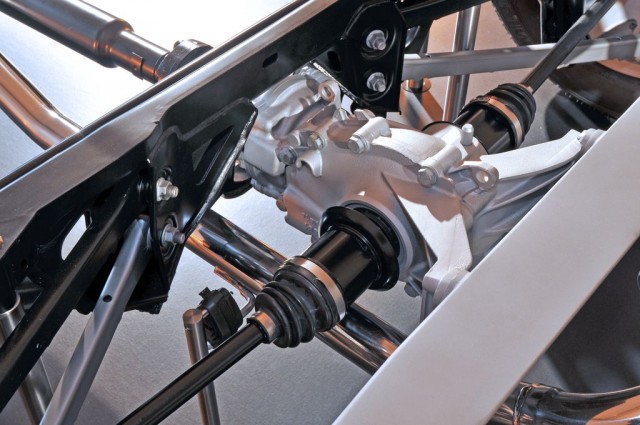 While in Austria during the JCW Countryman preview, I had a chance to spend some time with Heinz Krusche, the head engineer for BMW’s Driving Dynamics devision. Driving Dynamics is the group responsible for the DSC, DTC, xDrive and All4 systems for both BMW and MINI. Much of the press event was about experiencing MINI’s All4 system on the snowy mountain roads of Austria. While previewing the JCW Countryman prototype, Herr Krusche gave me a full run-down on how the system works and just when the rear wheels are pitching in to do their part. Turns out, the system works a little bit differently than we’d previously been told.

Originally, MINI’s All4 system was explained to us as being FWD first, then AWD on-demand as a traction control aid. Apparently, this was not entirely accurate. While yes, up to 50% of the engine’s power can be diverted to the rear wheels, the system actually defaults to AWD from the get go, not FWD. Similar to BMW’s Xdrive system, which defaults to a 70/30 split rear to front and is able to divert 100% of power to the rear wheels, All4 starts at 50/50 and is able to re-allocate up to 100% of power back to the front wheels. It’s a subtle difference, but has pretty profound ramifications on our understanding of the system. I clarified this with Heinz two separate times just to make sure we weren’t getting stuck in a language barrier. Each time he was insistent. The system defaults to AWD. 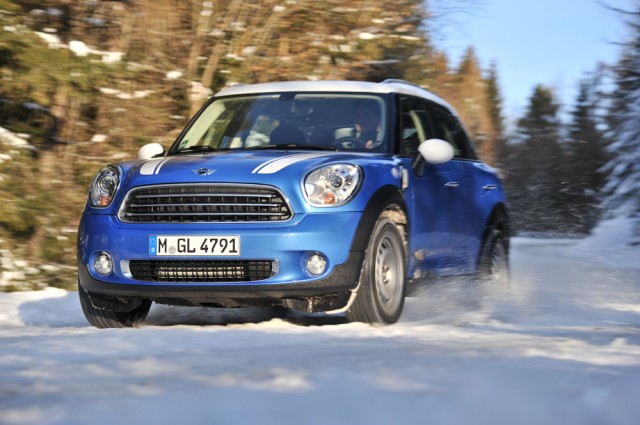 Another interesting clarification about All4 has to do with speed. As an All4 equipped MINI reaches highway speeds, the multi-plate wet clutch that sends power to the rear wheels starts to disengage progressively, sending less and less power to the rear wheels as you go faster. At approximately 80 mph, the rear wheels are disengaged entirely for the sake of efficiency. We knew that there was a point at which the system reverted to FWD, but it’s new and interesting to find that it’s a progressive process. So at say 60 mph, the power split might be 60/40 front to rear. Then at 70 mph, it could be more like 80/20.

Another interesting figure Herr Krusche gave us was just how robust the power transfer system is. The rear drive mechanisms are engineered to be able to send nearly 300 foot pounds of torque to the rear wheels. Put another way, the clutch mechanism, sending unit, rear differential and axles are engineered strong enough to work with an engine output of up to 600 foot pounds! While I doubt any factory MINI engine will ever see that kind of output, knowing that the system is that strong and that over-engineered speaks well to what we might be able to expect from the system’s longevity.

Aside from the JCW Countryman prototype, much of this event was centered around MINI demonstrating the capabilities of All4 on a variety of compromised surfaces, including a fully off-road ice road course up the side of a mountain. With full 50/50 power distribution from start, the All4 system proved itself not only capable of adding grip to on-road driving but genuine, if low-level, off-road capability. It doesn’t turn the Countryman into a fully trail rated off-roader, but I can say confidently that MINI’s All4 system is much more than just an assistant to DSC. And while it’s still not a dry-surface performance system, the system does allow you to bring a large portion of spirited driving back to road surfaces compromised by snow, grit or wet. In that respect, it’s a safety system as much as it’s a fun system.