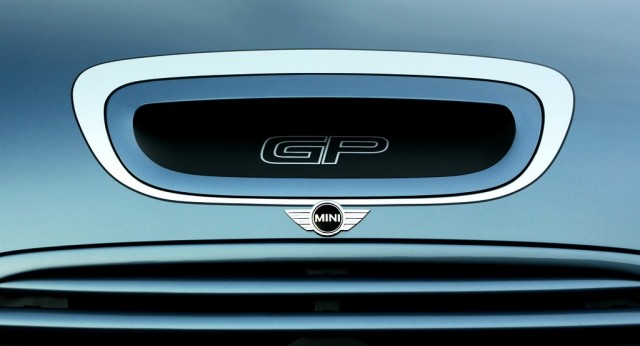 What if there were something beyond a JCW that came straight from MINI? What if there were a MINI engineered from the beginning to be faster, more extreme and look completely unique from all other MINIs? Then, what if MINI did this with not just one model, but with most of their lineup, one by one, until it became something of its own? Something like JCW but even more special and more rare. Sounds like the JCW GP, doesn’t it? But what about a whole lineup of GPs?

It could be coming sooner than you think. Our sources are indicating that MINI didn’t just approve one new GP, but two. One hardtop. One Coupe. The hardtop-based version will debut at MINI United this May. The Coupe-based GP will follow later in the year. Two GPs is big news, but the real story is that MINI won’t just be creating a GP (or two) every six years. Instead, we believe this signals a major change in how MINI will use the GP name. If our suspicions are correct, we expect MINI will turn the JCW GP into it’s own sub-brand that will be offered much more regularly, and for a wider range of models within the MINI lineup. 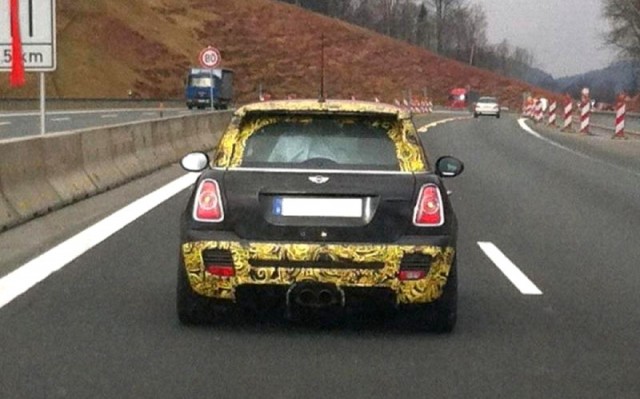 When MINI bought the John Cooper Works name in 2008, the idea was to turn it into a BMW M-like sub-brand that offered high-performance, factory-built MINIs engineered in Munich and tested on the ‘Ring. In some ways they’ve succeeded. The JCW has both speed and character, but for several years it simply didn’t feel special. It didn’t look different enough and it came stock with MINI’s softest, least aggressive suspension.

Fast foward to 2012 and most of that has been dealt with. The car looks unique with the JCW aerokit and JCW-only exterior and interior colors and options. Crucially however, three things haven’t been revised: stock suspension, power and weight reduction. These cornerstones of high performance cars were the core tenets that set the 2006 GP apart from its brethren. We believe these three factors will be at the epicenter of the new GP sub-brand that MINI is bringing to market with these two new cars we’ve already seen glimpses of.

That the first GP existed in the first place was mostly luck. Head of MINI Design, Gert Hildebrand, and MINI boss, Dr. Kay Segler, both championed the car personally. Unfortunately, MINI Plant Oxford did not have the production capacity to handle the GP in the hand-built, bespoke manner in which it was intended. In the end, the MINI GP was made possible by the sales failure of another BMW product. That failure was the BMW C4 enclosed scooter that BMW hoped would revolutionize urban transportation. The production capacity that BMW had bought from Bertone for the C4 was going un-utilized. The workforce was idle, yet still getting paid. Suddenly there was a solution to both problems. Instead of attempting to build the bespoke R53 GP at Oxford, MINI would ship 2000 unfinished cars to Italy where they’d be assembled by hand at Bertone.

Bertone has since shuttered its doors for good. For a new generation of the MINI GP, such events would not conspire again. So MINI has been working to make the 2nd incarnation of the GP more sustainable from a business standpoint. How? The answer is more volume. Unfortunately, volume is contradictory to the very idea of a special edition car. The solution? Instead of increasing the production volume of a single GP, MINI would engineer two GPs simultaneously — one hardtop and one Coupe— then stagger their release. By doing this, MINI can afford to specialize the cars at a level not otherwise possible — a level worthy of the GP name. Adding the Coupe to the GP lineup doesn’t just please fans of the R58, it helps make the second generation GP possible in the first place.

When will we see the Coupe GP? MINI could surprise us and offer both GPs simultaneously. Our expectation is that they will stagger the release of each car, with the R56 going on-sale this Septebmer in Europe, and then October in the US. We believe that the Coupe GP will be previewed around that time, or in early 2013, with sales starting in the spring. That Coupe GP launch timeline, however, is a guess on our part based on what we’ve heard, and an understanding of MINI’s marketing and sales strategy.

The JCW GP. It’s no longer just a single car. Start thinking about it as a brand within MINI — the ultimate expression of what high performance factory MINI can be.