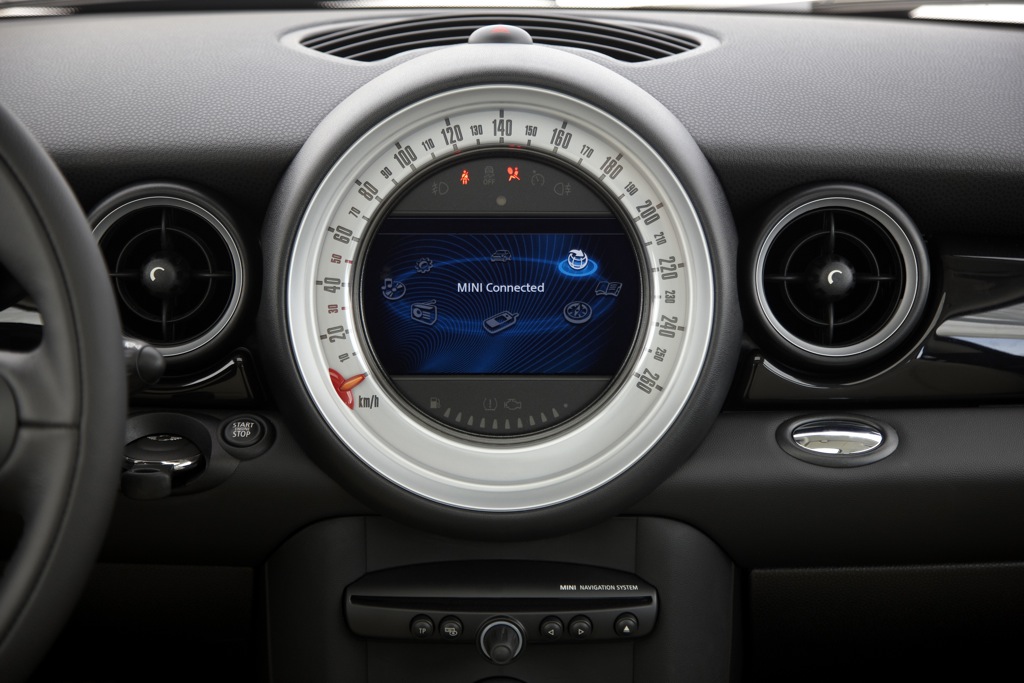 A couple weeks back we invited you to submit questions to MINI USA Product Manager VInnie Kung. And while we got some great questions we also had quite a few that had been answered either previously on the site by MF staff or by Vinnie himself in our previous Q&A. For the second group we thought we’d take it upon ourselves to give you the answers straightaway and save the rest for Vinnie himself. Look for Vinnie’s answers next week. Until then, here are ours for the questions that didn’t quite make the cut…

MF: There is absolutely no way save for completely replacing the computer control unit in the car to retrofit the updated Navigation system or MINI Connect. How much does a computer control system cost? If you have to ask, you don’t want to know.

Question: When will we get clean diesel engines?

MF: We’ve detailed the answer to this question many times over the years. The quick answer is there are no plans for MINI’s just released BMW derived diesel. Instead look for equally (if not more efficiency) petrol 3 cylinder engines in the next MINI range debuting in 2013. Question: Will the 2011 mini jcw have the valvetronic system??? how can there be an issue of CO2 emissions, when in 2006 the mini jcw GP already had itâ€¦ thanks

MF: No the 2011 JCW does not have Valvetronic. However neither did the GP.

Question: Will there be a Justa Cooper Coupe?

MF: That is TBD and will likely depend on the market. The better question is, will the US market have one. So far the answer appears to be no.

Question: Will you bring back the real LSD for the MCS or any other model in the future? The optional LSD was big part of the reason I got my 2007 MCS. It shows that MINI has real performance in minded people in charge. Iâ€™m sorry but I just donâ€™t think the electronic differental locks can deliver the feel that I so enjoy from my LSD equipped car.

MF: Believe it or not Vinnie and MINI USA feels your pain. However it’s difficult for MINI AG (that’s MINI Corporate in Munich) to justify having a LSD when the take rate is only 4% in the US. And on top of that the eDiff is arguably better on the track. (this still doesn’t change the fact that we at MF truly miss the LSD)

Question: I really wanted a Camden edition but some of the new features such as Mini connected are enticing. Will White silver be among the new colors for standard use on an S
MF: Yes. We’ve details colors on MF several times over the last two weeks. Try using the search tool or look in the 2011 LCI section for more info Question: These might also qualify as stupid, but: With MINI/BMWâ€™s decision to build the new city car from carbon fiber, could we see more CF options for MINI owners like a CF roof, hatch, bonnet, etcâ€¦?

MF: Not stupid. Our guess is that making CF add-ons for MINIs is pretty low on the priority list for the new plant. They’ll have their hands full making entire carbon fiber monoquoces

Question: I still really want pull handles (straps) for the interior door handles a la certain Porsche variants. Is there any way that we could see more simple, non costly ideas like this that will further differentiate MINIâ€™s from other mass production vehicles?

MF: Great idea, we love them to. We’ll plant the seed at MTTS.

Question: One thing that I had to do with my R53 is install limo tint on the sunroofs to cut down on the sunlight. Any chance MINI would offer darker tinting? Also an optional solid screen for the sunroofs instead of one that allows light in would be nice.

Question: How about a nice bright white, instead of the dirty pepper color?

MF: You mean like White Silver that’s been offered for the past 3 years or a pure white? The R60 Countryman has a non-metallic white similar to Alpine White from BMW. We love it. We suspect you would to. However there are no plans to move it to the R5X range.

Ask MF: Is the MINI a Good Winter Car?