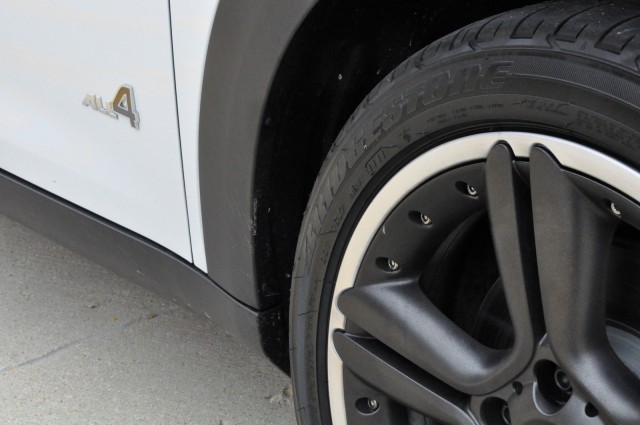 Ever since BMW made the switch to run flats, enthusiasts have been waiting patiently for the technology to mature. And with BMW’s move of course came MINI’s reliance on run flat technology as well. This is especially true in the US where they’re not an option (as they are in there markets) but standard on all tire sizes larger that 15″.

We’ve been waiting for the technology to become transparent – meaning that there’s no trade-off in feel, performance and comfort as compared to the tires we’re all used to. With the launch of the 3rd generation of run flats, tire makers – specifically Bridgestone – may have finally done it. Our friends at Tirerack recently tested the Bridgestone’s third generation run flat and came away very impressed with the results and the tech behind it all. Here’s an excerpt:

>Bridgestone’s new third generation (3G) run-flat features a sidewall design that helps minimize the run-flat tire’s negative influence on ride comfort. While still thicker than a conventional tire, the signature features of the 3G run-flat sidewall are a unique exterior cooling fin design and special rubber compound, both designed to reduce the heat buildup that occurs while driving on a tire that is no longer inflated. Reduced heat buildup during run-flat operation allows for the thinner sidewall design, ultimately improving ride comfort.

>Out on the road our team found the ride quality of the Potenza RE960AS Pole Position RFT run-flat tire to be very similar to the conventional Potenza RE960AS Pole Position, with a small advantage to the conventional version. The older-generation run-flat design in the Turanza EL42 RFT felt noticeably harsher when it encountered sharp-edged impacts both small and large, such as expansion joints, poorly patched pavement or minor potholes.

>The conventional Potenza RE960AS also produced slightly less impact noise, with the 3G run-flat version very close behind. Again the older generation run-flat design of the Turanza EL42 RFT produced some additional booming as it hit bumps in the road.

>The handling of the Potenza RE960AS 3G RFT was actually a little crisper than the non-run-flat version, taking advantage of its inherently stiffer sidewalls to help the tire change direction more briskly. The conventional Potenza RE960 was close behind, also feeling nimble and responsive. The Turanza EL42 RFT trailed the two Ultra High Performance All-Season tires, feeling somewhat less responsive as you would expect from a Standard Touring All-Season tire.

>Many of our team commented on how similar the run-flat tire behaved to the conventional Potenza RE960AS Pole Position. They felt very little trade-off in everyday ride comfort and road manners when choosing the run-flat tire over the non run-flat version.

You can read the full test here. And keep in mind that the tire tested above is an all-season and not optimal for high performance warm weather driving.