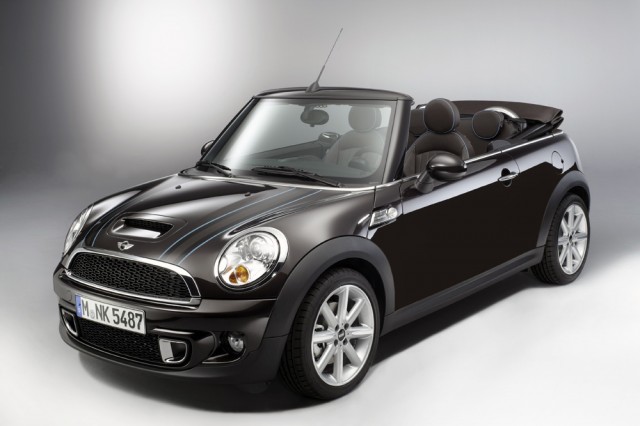 [Official Release] Intoxicating driving fun, ground-breaking efficiency, uncompromising quality and an unmistakable personality have provided the building blocks for the global success of the MINI brand. The one-off premium small car maker is also enjoying increasing popularity in the Chinese market among contemporary, trend-conscious and highly demanding target groups. The diversity of the brand’s model range also helps to enhance its appeal, and the complete MINI family – now comprising six models – is on display at the Auto China 2012 international car show taking place in Beijing from 27 April to 2 May 2012. Auto China 2012 is also the venue for the world premiere of the MINI Clubman Hyde Park. Like the three other takes on the MINI character celebrating their Asian premieres at the Auto China show, this design model vividly showcases the hallmark attributes and values of the MINI brand.

The wave of MINI success initiated by the MINI, MINI Clubman and MINI Convertible has also gained fresh momentum in China with the introduction of the brand’s first five-door model, the MINI Countryman. And now the two newcomers to the model range, the MINI Coupé and MINI Roadster, have stepped up as powerful drivers of further growth. The two-seater pair create even greater scope for customers to experience the hallmark MINI style and unsurpassed driving fun of the brand’s cars in their own individual way.

The latest design and special-edition models represent further alluring additions to the MINI line-up. Stand-out features include their extremely harmonious blend of design and equipment, which underlines the unique aspects of the MINI character. The historical roots of the brand, its sporting flair and extravagance, and the aura of quality inherent in a premium car are all elements running through the core of the MINI Hyde Park, MINI Baker Street, MINI Bayswater and MINI Convertible Highgate.

Another striking feature the new special-edition MINI models all have in common is the adoption of areas of London for their titles. With just months to go before the British capital follows in the footsteps of Beijing by hosting the Olympic Games, MINI has picked up on cutting-edge trends and timeless style cues from the city, which over the years has captured the hearts of visitors from all around the world. Hyde Park – the majestic green space at the heart of the city – joins Baker Street (of literary and musical fame) and the exclusive residential districts of Bayswater and Highgate as the inspirations for these distinctive models. The MINI Clubman Hyde Park reveals an immediate connection to the country of the MINI brand’s birth, its colour concept providing a very modern interpretation of the traditional British way of life. Notably, this is the first MINI design model to be offered in two body variants; the MINI Clubman Hyde Park lines up alongside the MINI Hyde Park.

Exclusive design features for the exterior and interior likewise mark out the three other interpretations of the MINI character on show at Auto China 2012. These are complemented by extremely classy and thoughtfully composed equipment features. The MINI Baker Street embodies the youthful, fresh and innovative trendsetting style of the brand, while the MINI Bayswater focuses primarily on the sporting verve and agile handling for which MINI is renowned. Exceptional open-top driving pleasure is the speciality of the third member of the trio; the MINI Convertible Highgate exudes an aura of exclusivity and majors on British style with a contemporary twist.

The Auto China 2012 in Beijing provides players in the automotive industry – both domestically and internationally – with an important stage on which to present their latest models and innovations. The China International Exhibition Center (Tianzhu) in Beijing offers an exhibition area spanning more than 220,000 square metres (approx. 2,368,000 sq. ft.). The international car show takes place every two years and this will be the twelfth occasion it has been hosted by the Chinese capital. Its significance both in China and abroad has grown steadily in step with the country’s car market over recent years. Indeed, in 2010 Auto China opened its doors to some 785,000 visitors from around the world.

MINI USA Sales Down 44% for November