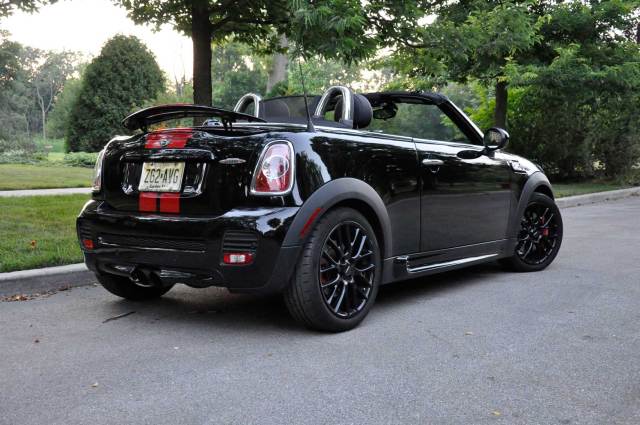 MINI’s Roadster and Coupe twins were always going to be niche players within the line-up. However sales figures indicate that they may have turned into too small a niche to fulfill the typical seven year life-cycle. The pair are based on the R57 architecture which is going out of production next year with the new generation F57 convertible taking it’s place. Given that and the fact the sales are low it would seem 2015 would be a good year for MINI to potentially pull the plug. That opinion seemed to be confirmed by an interview MINI USA Head of Product Pat McKenna did with Autoguide at last week’s LA Autoshow:

>“The Coupe and the Roadster will actually go out of production next year,” said MINI USA product boss Patrick McKenna speaking to AutoGuide at the LA Auto Show last week. “They’ve run their life cycle,” he said.

The quote obviously caught our attention but also seemed unusually blunt (or potentially a mis-quote) from the typically tight-lipped MINI. So we wanted to go to the source for a official statement.

Big thanks to MINI for responding so quickly to the request for clarification. That said there’s clearly not an admission either way in the statement above. Does that mean the rumors are true? Or does that simply mean MINI is still deciding the twins fate?

Either way we’re here to urge both you and MINI to reconsider the Coupe and Roadster. Both possess great looks (the Coupe maybe only in certain color combinations) the lowest center of gravity of any MINI and are destined to be rare sites in the roads of the future. In other words, if any MINI other than the GP is destined to be a collectable, these are the ones.

Recently we spent 14 months and 15,000 miles with a JCW Roadster and called it the best MINI we’ve ever driven. It was surprisingly well equipped to handle a Chicago winter and as amazing as you’d expect in the warm weather months. In short go get ’em while they last.

Exclusive: The Rocketman is a Go