We told you Apple CarPlay was coming to MINIs last year. Now it’s confirmed on at least one model for parent company BMW. According to a forum post on Bimmerpost showing a leaked price guide, Carplay will be available on the updated X5 and X6M starting this September. Given the similarity between the models it’s presumed that the standard X5 and X6 will get this update as well.

The update will consist of the a 10.25″ screen (the same size as the current one) with touch-screen support. In other words the X5 and X6 will get the iDrive 5.0 that the 7 Series debuted with last year.

What’s interesting is that this is a model well into its life-cycle and not entirely new. This follows BMW’s recent trend in rolling out technology that is independent of new models or even model refreshes. In short it’s a more aggressive rollout strategy and one that bodes well for MINI.

We have known for some time that MINI has been working on a touch-screen iDrive system for MINI. Sources have told us that CarPlay will be a central part of that offering. 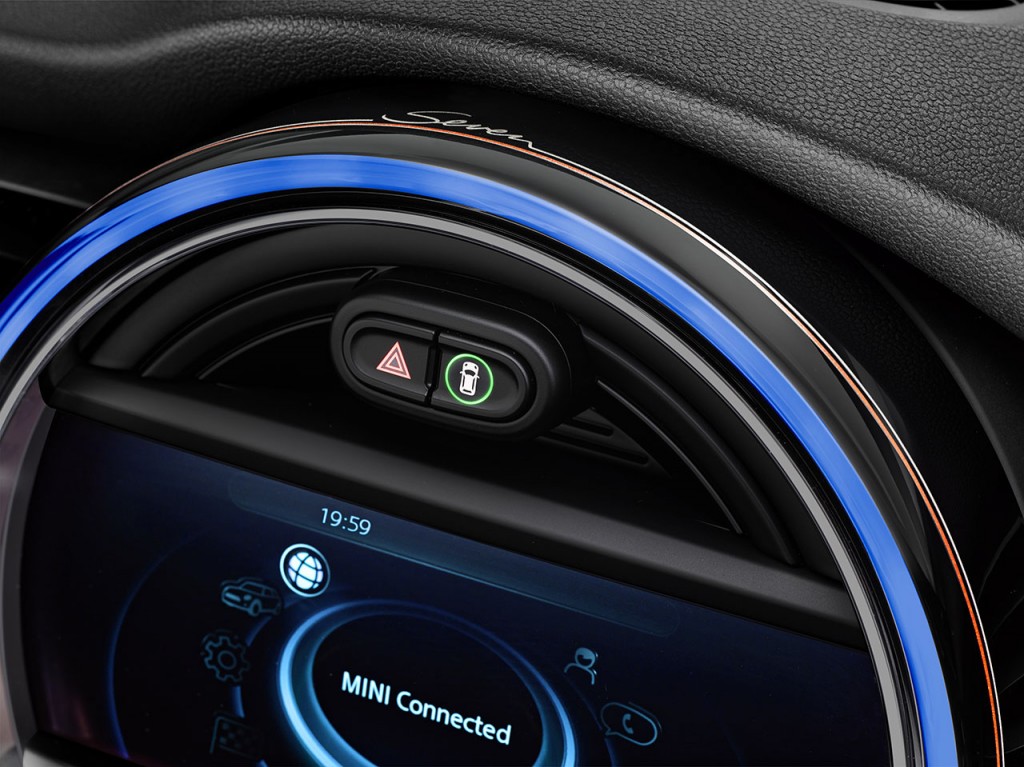 Why are MINI and BMW late to the party?

Given our conversations with MINI and BMW engineers over the past few years it’s clear to us that MINI and BMW have taken a wait and see approach with the technology integration. But it’s not due to BMW being caught off-guard. While it’s true that Apple has often been very late to notify its partners about car related technology (Siri integration being a good example), our sources have told us us that Apple worked directly with automotive partners ahead of the CarPlay debut last year. We also believe that BMW (and MINI given that they use the same iDrive system) has been testing its own integration of the system. However that’s not the only thing that BMW is testing deep within the labs of it’s Munich headquarters.

The answer to that question is both. BMW has long believed that a controller based input (iDrive) is a much safer method than touch screen. Independent testing (and BMW’s own) has proved this out with touch screens requiring more of the brain’s processing power to be interfaced with – not something that’s particularly good while driving. Because of this research, BMW has maintained its iDrive approach since its introduction since 2001. But maintain doesn’t mean remain stagnant. Along the way BMW hasn’t been afraid to dramatically refine the system with the most recent updates being seen in new BMWs and the F56 MINI over the last few years. The most recent addition (as seen in the new F56 MINI) includes a multi-touch controller that allows for pinch and zoom along with hand-writing recognition.

But BMW knows that’s not enough. Enter the touch-screen iDrive that we recently tested on the 2016 7 Series. Our sources are telling us that MINI will be moving to a similar dial controller/touch-screen interface within the next few years. Potentially with the 2018 model year refresh. And if the rumors our true the system will be 100% wireless as well.

What does this mean for the rest of the BMW range? We’d expect iDrive 5.0 with CarPlay to be a rolling update that will likely encompass all products within the next 12-18 months.