While we have a month to go in our one year test of our 2016 MINI Clubman Cooper S, the car has officially turned one year old. Part of the US market launch of the Clubman, our Melting Silver Cooper S is nearing 14,000 miles of real world testing. And that testing has given us a couple of thoughts on how to improve the car.

But first what’s it been like? In a word smooth. We’ve had only one real issue to speak of – a right rear door that wouldn’t open from the outside. A quick trip to MINI of Chicago and the issue was diagnosed and solved within a day. 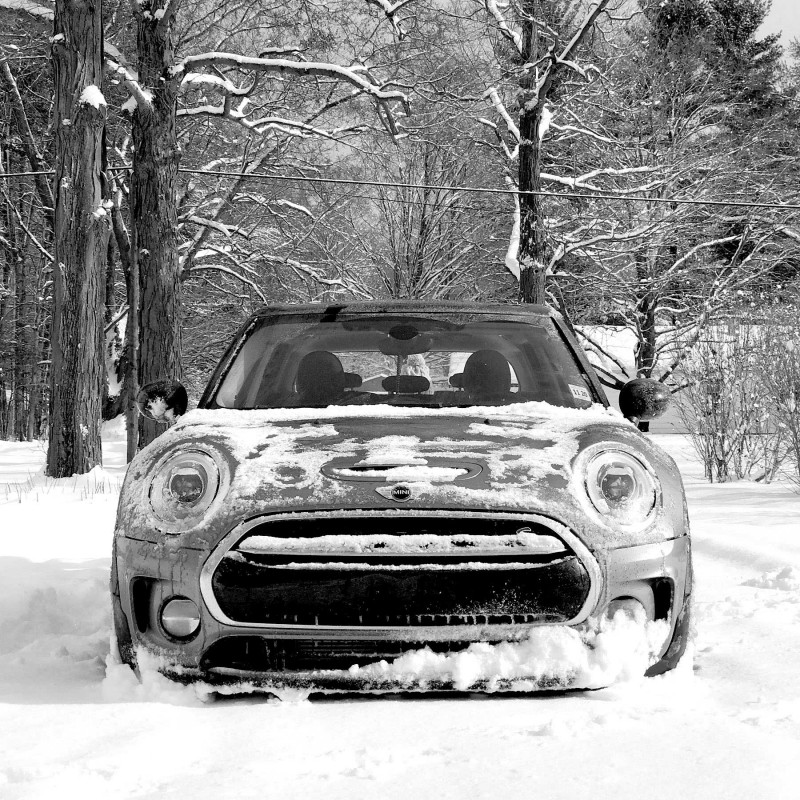 Otherwise our Clubman has been the epitome of trouble free. The Clubman has by far the most comfortable and controlled ride we’ve ever felt. Driving the car on old midwestern highways in comfort mode, expansion joints almost disappear entirely. Likewise the wider track contributes to this more grown-up feel by increasing the stability of the car at highway speeds. All told this is by far MINI’s best highway cruiser.

But that’s not to say we don’t have suggestions on how to make the car better.

While some would say this is splitting hairs, a conservative throttle response has been a critique of ours since day one. The F56 generation of MINIs have done a fair job is brooding MINIs appeal to the masses. One of the ways they’ve done that is to make the standard throttle mapping a bit more conservative and when there sport mode on, more aggressive. The problem is that sport mode isn’t aggressive enough. Couple that with the heavy flywheel of the 2.0L Cooper S four cylinder and you have a drivetrain that doesn’t feel as lively as you want in a MINI. How do you solve it? MINI’s already done it but making the throttle mapping in more aggressive in the JCW Clubman. It would be great tot see that mapping in the Cooper S and an even more aggressive sport mapping in the JCW. 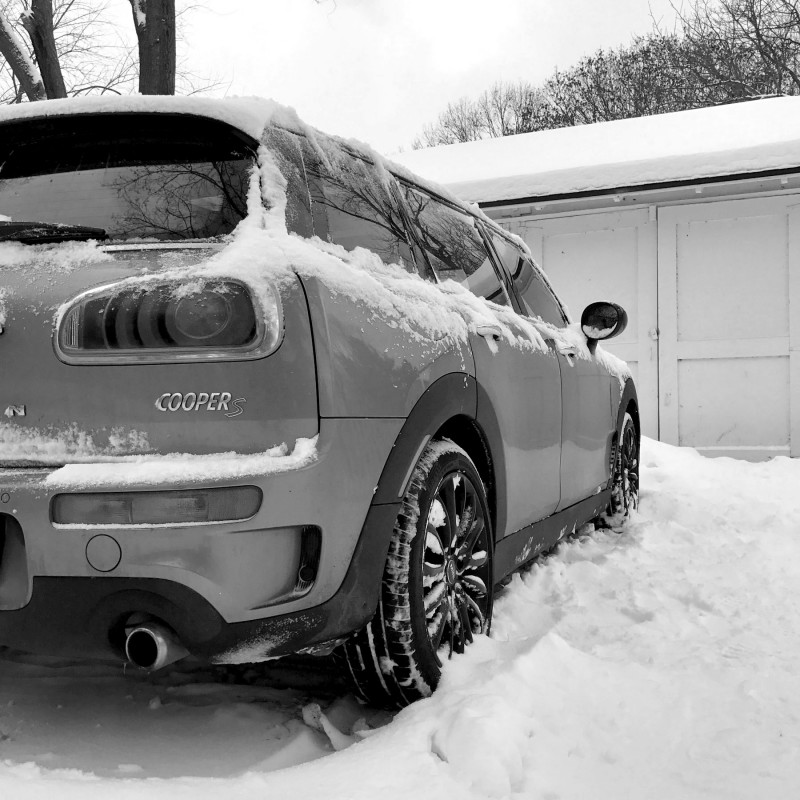 Ok that’s too easy. But here’s the problem. Car makers have had a history of putting the same engine in multiple models despite the weight and size. But we live in a time when turbo engine outputs are heavily influences by software tunes. Why not give the Clubman 10% more power than the hatch since it weighs 10% more? Our Clubman isn’t slow but if the Cooper S name is meant to evoke performance model, it falls a little short in acceleration. There are two ways to fix this. Opt for the JCW model which brings more all-round performance to the table or go aftermarket and add as much power as you want via an engine tune.

Long an issue with cars that employ electric power steering, artificial feeling in the steering continues to plague the MINI. While it’s gotten noticeably better since R56 generation, there’s still a the feeling that you’re communicating more with a computer than the road when pushing the car. While this can’t be entirely fixed we did find that feel improved when we swapped the standard 17″ runflat tires and wheels with our 18″ NM Engineering RSe12 wheels and non-runflat tires.

4. Weight transfer and a lack of traction.

This is an easy one to solve – opt for All4. But for those who want a lighter Clubman and prefer front wheel drive, this remains an issue. What do we mean by traction issues? Thanks to physics the longer Clubman has more of an issue with the weight transferring to the back of the car during acceleration than the smaller MINIs based on the same platform. When that happens the front tires are left scrabbling for traction and often produce the dreaded tire hop (ironically not that different than a rear wheel drive muscle car).

It wasn’t long ago that MINI charged extra for floor mats so complaining about them isn’t easy. However after 11 months of usage we’ve worn a hole clean through the mat on the driver side. It makes those MINI accessory mats look pretty compelling. 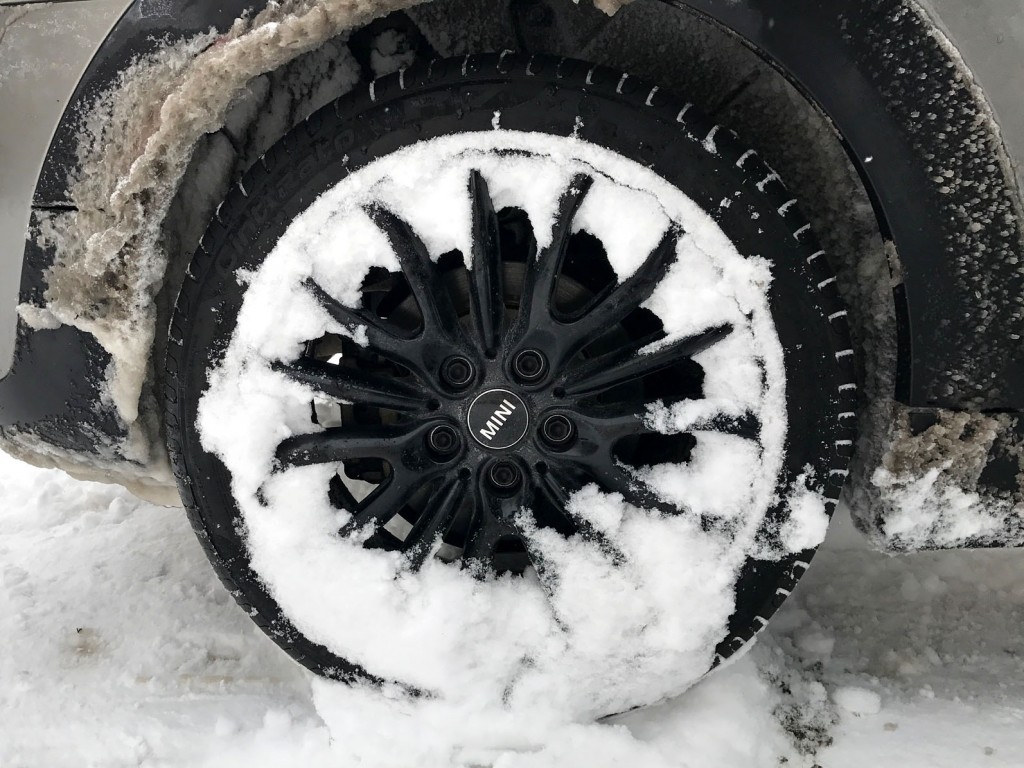 All things aside we have loved our time with the Clubman so much that we might be re-upping for another year. In our mind it’s the perfect combination of the MINI ethos is a utility vehicle. More wagon-like in its approach than the Countryman, the Clubman feels like the anti-crossover in a lot of ways, boasting similar levels of space with a lower, more responsive driving experience.