With lower costs and simplifying order in mind, MINI USA is making big changes to the way it offers its cars. The company has focused on simplifying the order process and increasing value without limiting the ultimate number a choices a customer has. But can they do this without making MINI feel like any other car company? We sat down with MINI USA’s product team to get some answers. 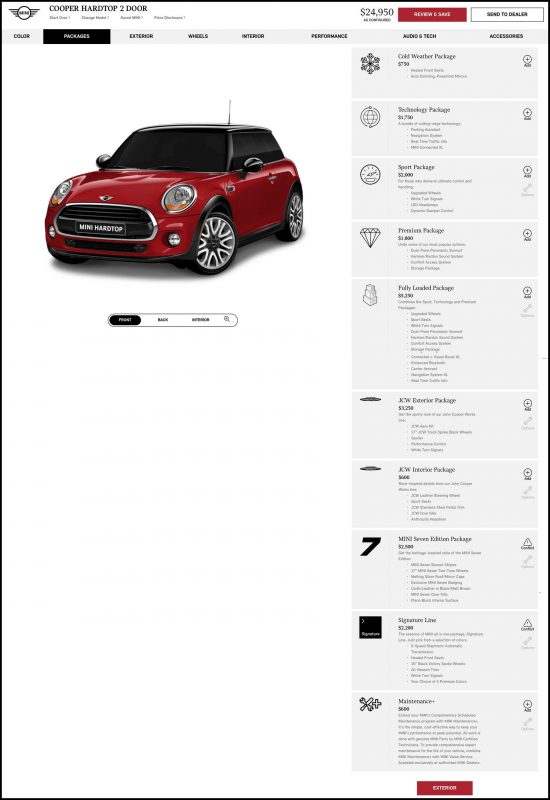 It’s no secret that MINI USA’s sales have slipped over the past four years. While there have been a number of reasons driving this (low fuel prices being one of the major factors), MINI USA needed to respond. First they’ve done that with product, releasing an all new Countryman which has gone on to became the best selling MINI in the US market. For 2019 they’re addressing another issue in the marketplace – pricing and more specifically value for money.

In short MINI USA streamlined packages by creating three tiers that better group options with how customers order MINIs. This change has allowed MINI USA to offer moderate and well equipped cars at lower costs – as much as $3,000 lower depending on configuration. 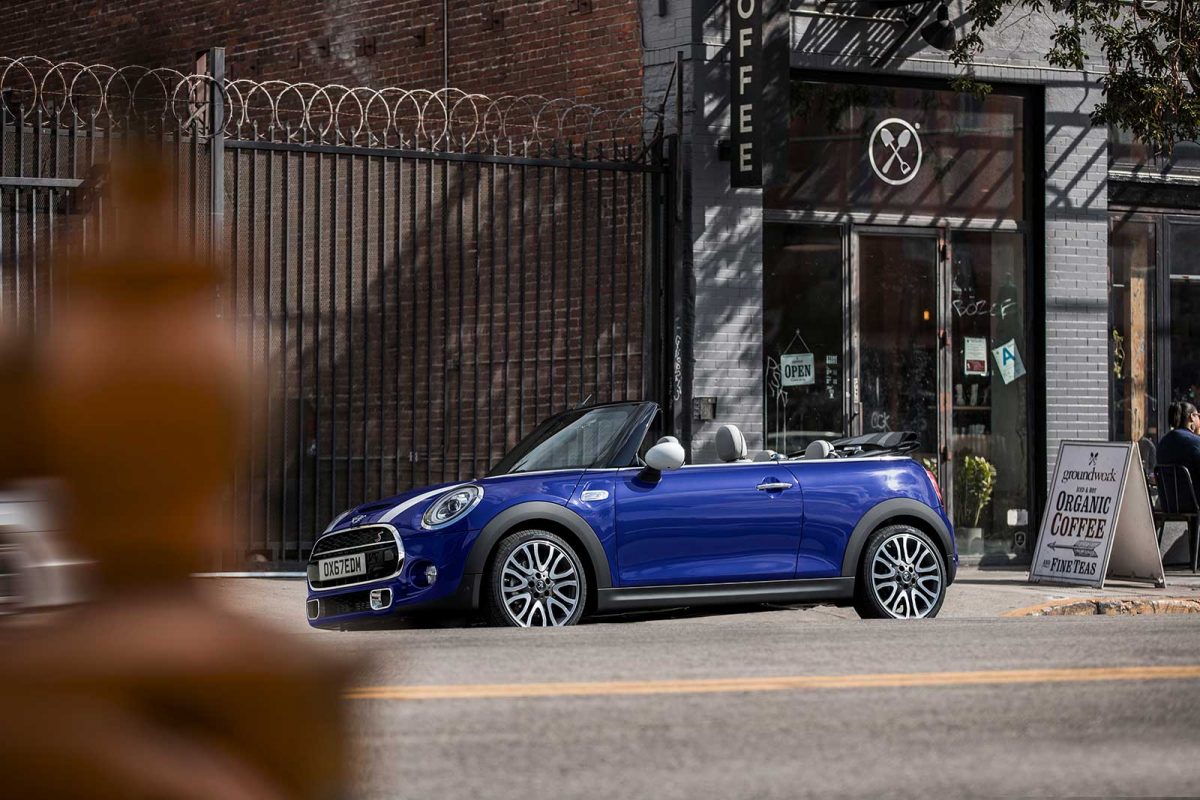 The Details: Lower Costs with Data

MINI started this entire process by talking to dealers, sales people, customers and people who looked at MINIs that didn’t actually buy. The data pointed to a few things:

MINI USA quickly realized that they could take this data and group options commonly ordered together to drive value. Out of this they create three tiers that acted as a baseline for owners to order their MINIs. These three tiers eliminated packages like sport and the JCW exterior package and have created option groups based on how most customers order. By doing this, prices will be less on most MINIs, especially those with moderate to high option levels. 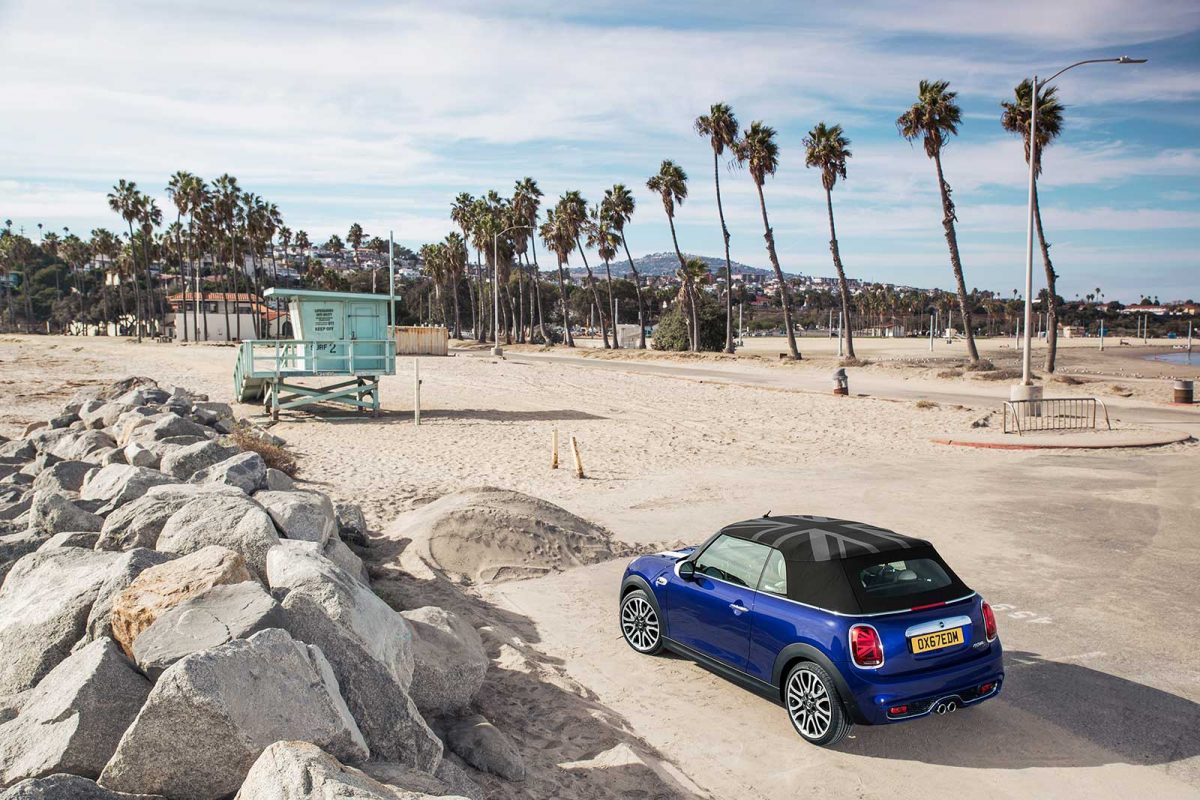 The final list of options and pricing will be announced by MINI USA in the coming weeks. But in the mean time we’re bringing you an exclusive preview of this new strategy and how it breaks down in terms of ordering MINIs in the future.

To simplify this we’re going to look at how this new approach would apply to a MINI Cooper Hatch (F56) and we’re going to refer to the three tiers simply by numbers – 1 being base, 2 being mid and 3 being fairly loaded. The final names will be announced in the coming weeks.

The base prices are changing across the board. The price of a base Cooper has actually gone up $300 in the Cooper while cars like the Countryman will go down $300-$500 depending on configuration.

Tier 1 will come with the following standards:

Unlike the other 2 and 3, Tier 1 will have very limited options:

You cannot get contrasting roof, navigation or even leather with these cars. But as you see with the low price of Tier 2, anyone wanting those options will want to move up to that next level. The base price will actually go up $300 for the standard Cooper to $21,900. But that’s pretty much where the price increases.

Tier 2 will be immensely popular given what you get for the pricing. MINI USA has aggressively targeted this price point by including all the following option for $24,900

This doesn’t mean you’re stuck with these options mind you. You can upgrade the interior by choosing a premium interior package (which includes leather, trim and a premium steering wheel) and other options and packages can be added depending on the type of MINI you want. But there’s less a la carte options available than before. The idea is that, if you want a more equipped MINI, you’ll go for Tier 3 rather than option up a Tier 2.

The top tier will include all options including things like the Technology package (wide-screen Navigation etc) but not the Drive Assistance Package (which includes PDC, HUD, self parking and adaptive cruise for $1250).

The results of this pricing change is that a fully loaded 2019 Countryman has been reduced in cost to roughly what a well equipped 2018 Countryman was. The difference with the 2019 F57 Convertible is even more stark. Loaded the 2019 MCS Convertible is now about $3000 less than it was in 2018. 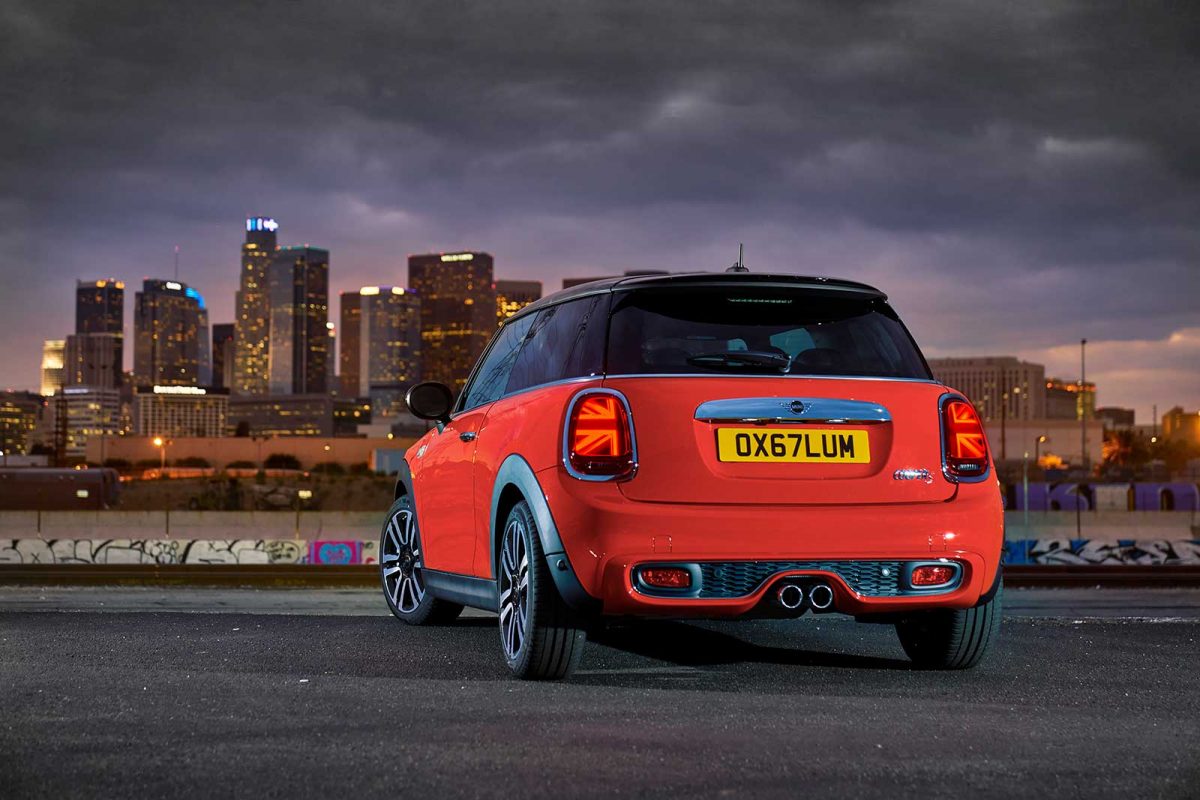 Has anything been removed?

Unfortunately we have to report that MINI USA (once again) has eliminated rear fog lights from the US market. Despite it being a extremely helpful safety feature in some parts of the country, the take rate was apparently just too low justify keeping it on the books for 2019.

Also gone is the JCW exterior package. While other markets are keeping the package, MINI USA wants to increase the visual space between the Cooper S and the JCW. 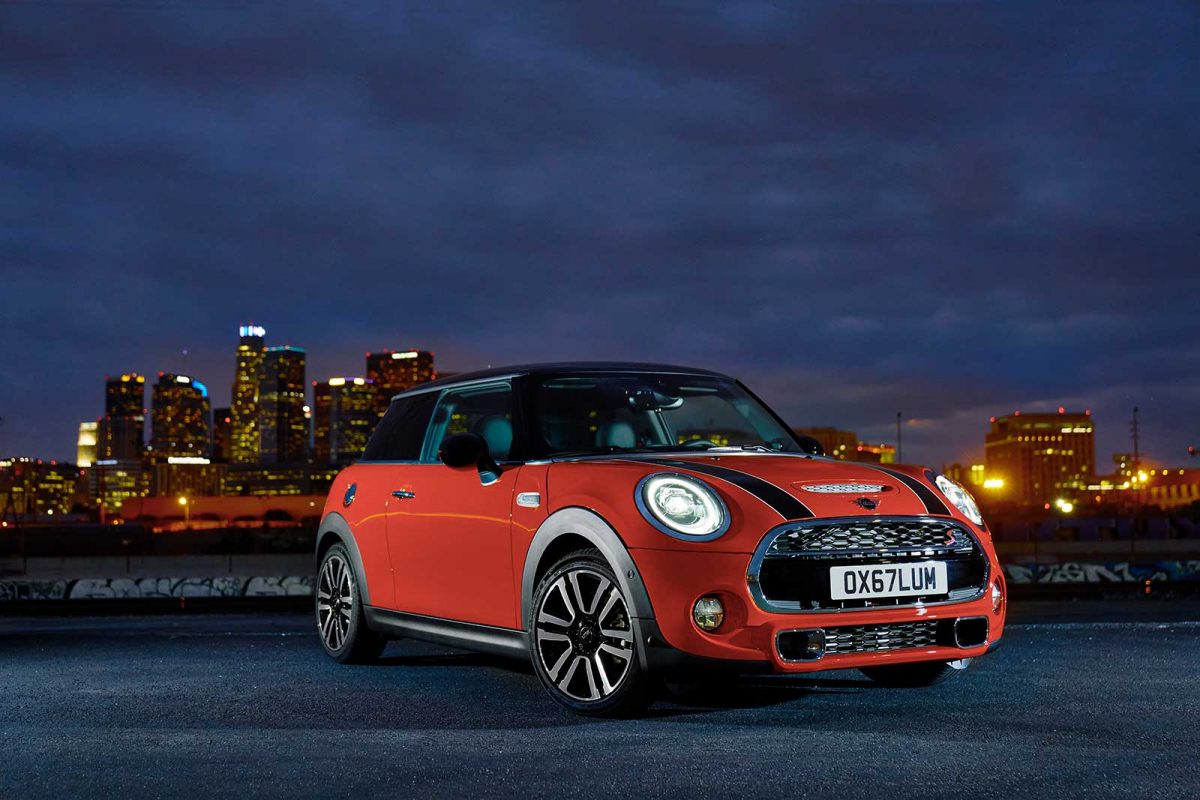 In a word yes. But in reality not really. The choice previously was almost mathematically limitless. Now there are just 100 million different ways to order your new MINI. Compare that to say, a Honda Accord which has a total of 85 different ways to spec and it would seem MINI is staying true to its customization roots. 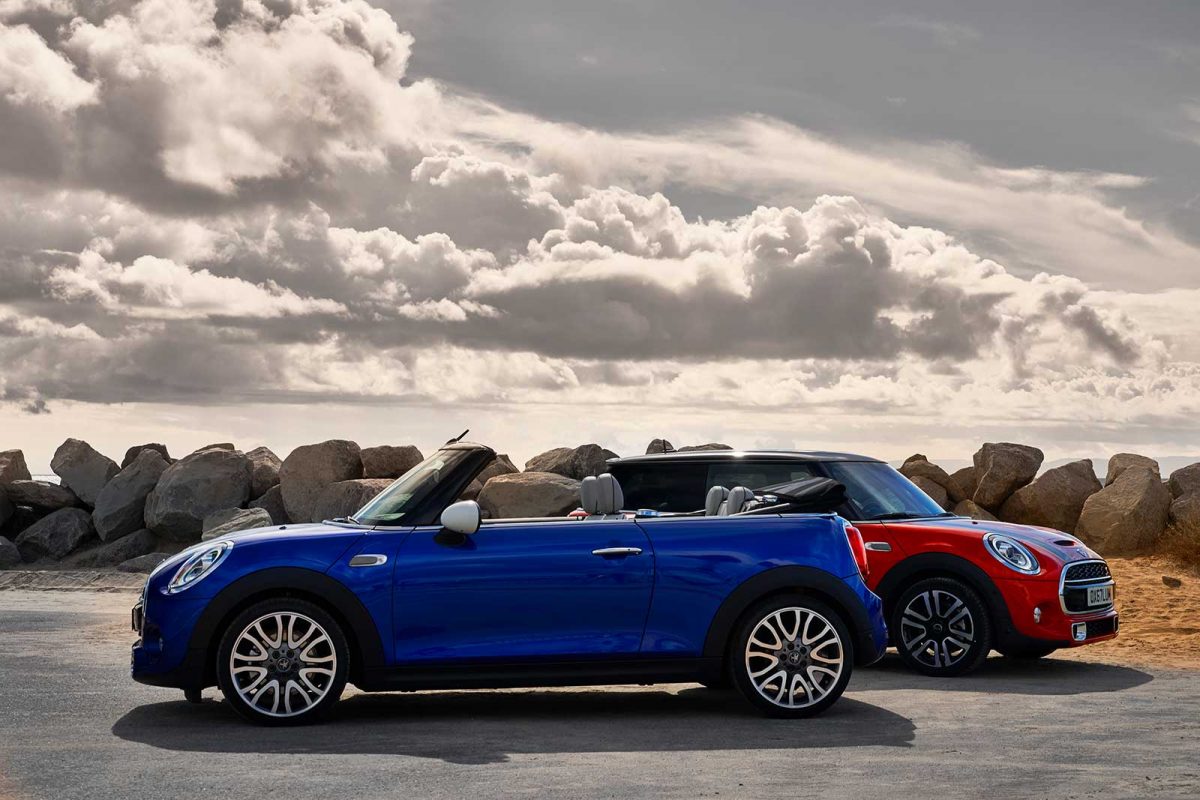 When is the Configurator Launching?

MINIUSA.com will have the all new Configurator live early this spring. Look for full pricing information on MotoringFile between now and then that will fill in some of the details left out here.