Test Note: In late 2019 MINI will be releasing an all electric MINI hatch using an updated BMW i3 drivetrain. So consider this a hint of what’s to come from MINI.

In our original review of the BMW i3 we concluded it was a exceptional city runabout but no more. 85 miles of range (on a good day) severely limited its functionality to urban commuter duty and put it out of reach for most US customers. But time and progress has marched and in 2017 BMW introduced the new 94 ah version with 124 mile range (plus the 60 mile range extender). Could this i3 finally become a full time car? Lets find out.

It was hard to review the last BMW i3 we had because we simply couldn’t use it that much. The time we had it incidentally coincided with a couple 100 mile round trip drive to Milwaukee from Chicago that the 80 mile range simply didn’t support. And counting on finding chargers that I had never seen let alone used before seemed like a stretch. Thus it only seemed right to throw this same test at the new 94 ah version (with the REX – range extender) to see if BMW’s little carbon fiber hatch could finally cope with a real-world road-trip.

The task at hand; drive from Chicago to Milwaukee and back. 200 miles. Exactly the type of day trip that most of us don’t even flinch at. But in the i3, even with more range, it proved be a nail-bitter. 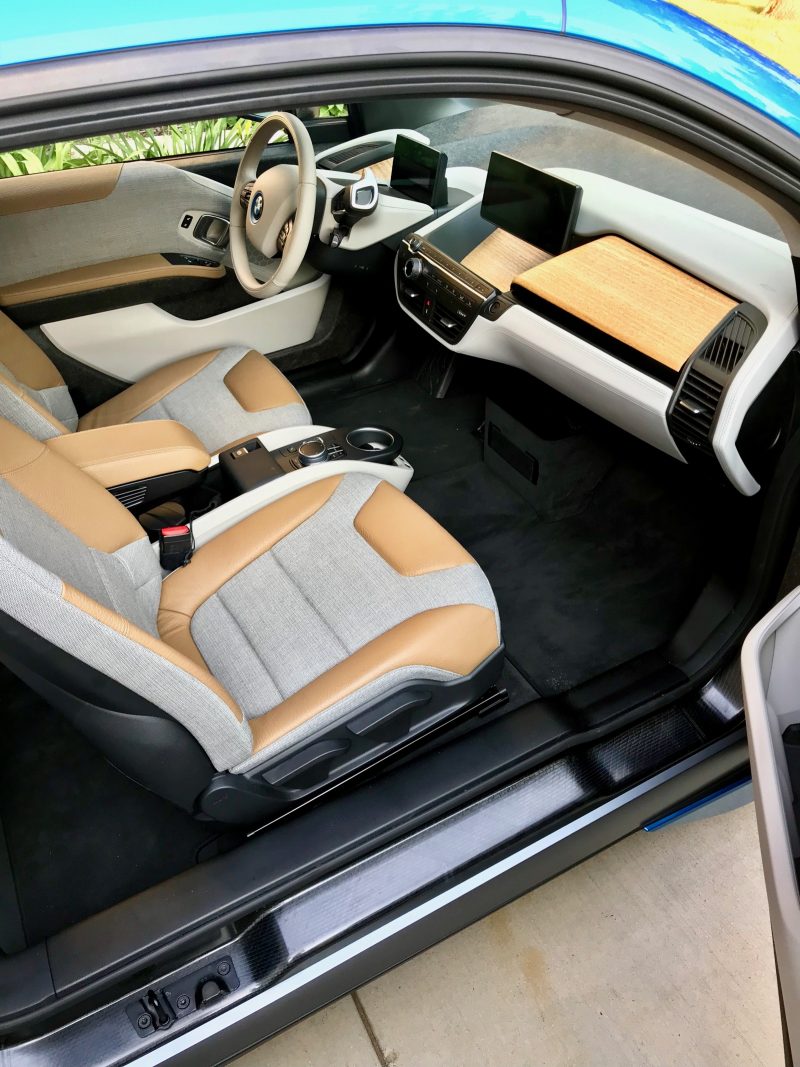 8:15 am Heading North From Chicago

We leave Chicago with a full charge and the reassurance that we’re driving i3 with the optional range extender. Essentially a normal i3 with a small 2 cylinder engine and a tiny tank of gas. Total range is listed at 205 miles. But we’re not interested in testing the less than perfect performance when the little engine kicks in. Our goal is to go the entire way on electric.

Driving the i3 car on the highway is an interesting change of pace from my daily driver – a MINI JCW Clubman. It’s serene in comparison with the only noise being from the wind and expansion joints. The interior i3 is a great place to spend time. After three years on the market there’s still no interior like it outside of concept or hyper cars. The 2017 i3 (which we’re driving here) carries on with the original iDrive infotainment system that the car launched with in late 2013. Lacking touch and the updated interface, it still feels relatively fresh and fast by today’s standards.

Driving position and visibility are excellent – perhaps better than any other car BMW makes. I wish I could say the same for the seats which still feel more like park benches than buckets that cradle you. The complete lack of side bolstering for instance tells you how BMW intends you drive this car. The problem is that the chassis, instant torque and quick steering urge you on in a way that all great BMWs do. Hence the need for more side bolstered seats.

Luckily on the highway none of this matters. 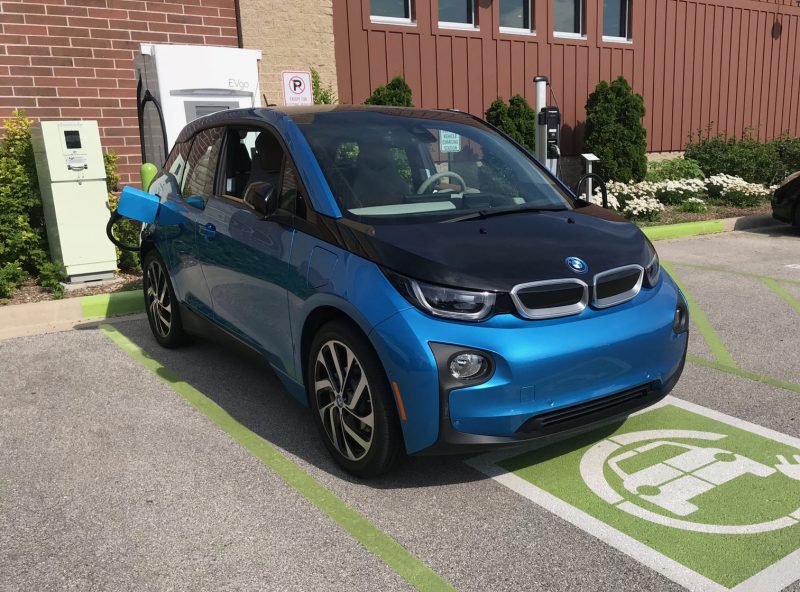 Thanks to the handy Charpoint App (and some intense Googling) I realized that there’s a quick charger near my destination at Outpost Foods – a local Co-op in the Milwaukee area. It’s there I get my first questions about the i3. What’s the range? Does it come in manual? Shout a women behind the wheel of a Jetta wagon. 200 miles and no, I answer back. How long does it take to charge? Let’s see I reply. She gives me a crooked smile and drives away. The answer is awhile. Charging from 0-100% on a normal outlet takes 8-12 hours in my experience. On a quick (Level 2) charger that’s 4-5 hours.

But what about the all new Level 3? That’s where the i3 starts to make some sense. Level 3 DC fast chargers can recharge the i3 battery up to 80% in as little as 20 minutes (80-100% slows to protect the battery from overcharging). Luckily that’s exactly what we found on our first pitstop. Next I repeat a procedure that will become commonplace with my time in the i3 – plug into the Level 3 DC and go caffeinate. 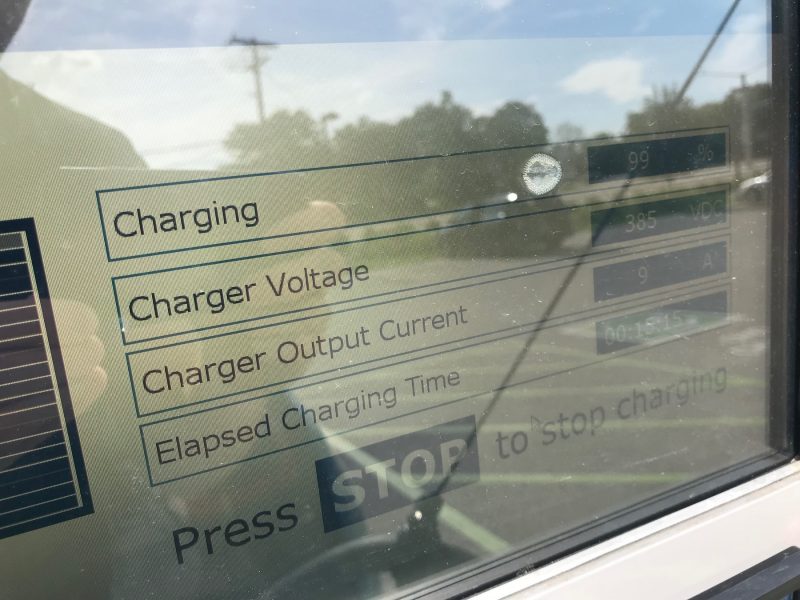 The midwest is full of festivals. Strayberry, Blueberry, Apple etc. In Cedarburg it’s wine this time of year. Which potentially speaks to a Wisconsinite priorities. I can’t speak to the quality of the wine but I can speak to how beautiful the town and the area is. Cut-stone buildings, stores that sell only candy-apples – you get the idea. It’s the Wisconsin version of Stars Hollow. 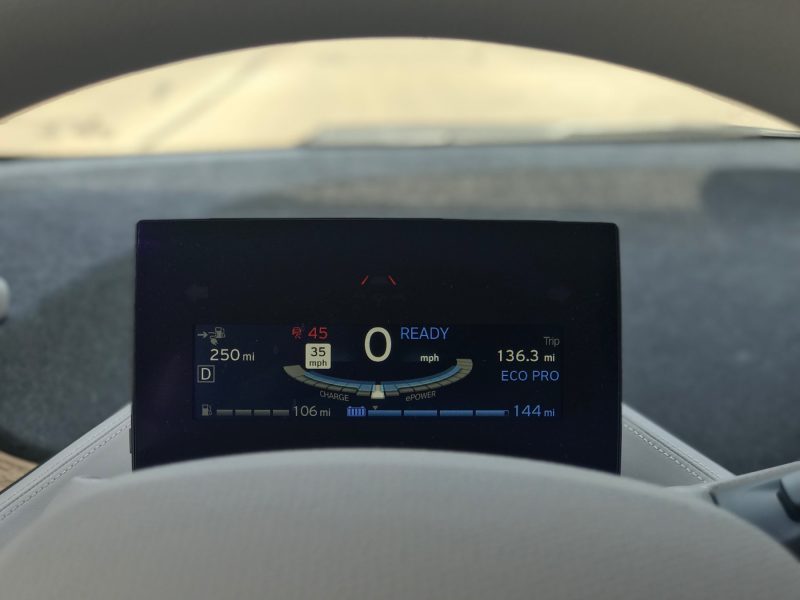 With artisanal goods and a few midwestern antiques in the back, the i3 is powered back on for its return trip to Chicago. Total range is once again well over 200 miles but that’s including the gasoline powered two-cylinder. Electric alone is 130 miles and that’s assuming the drive is an even mix of highway and city streets (which it is not). Thus begins a journey that may end of a motorcycle engine powering a $50,000 road car for the last few miles.

The thing about the i3 that never grows old is how serene it is at speeds. Like a Tesla or even a Chevy Bolt, it has a total lack of drivetrain noise at speed when under full electric power. But unlike those cars it has an upright and airy cabin that you never tire of. 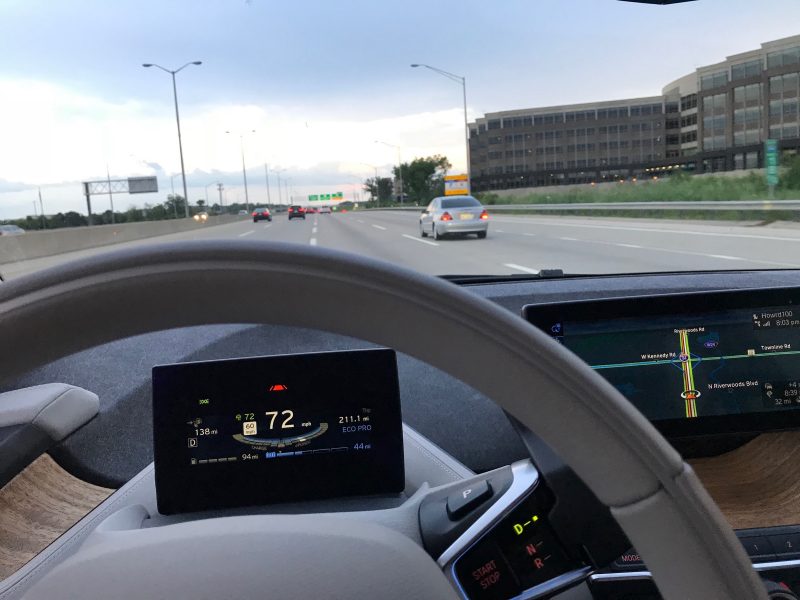 100 miles into the journey back south we’re nearing the end of the electric range. The anticipation mounts; what will this little two cylinder sound like? Will performance be degraded noticeably? Will I be laughed at by a kid in a Civic? We find out soon enough.

On the off-ramp heading home we finally and fully run out of electric power after 124 miles of driving. The noticeable whir of a small gasoline engine makes itself known at the first stop light. Yes, it sounds low-rent if you’re wondering. And yes it makes the car rather slow. Not dangerously slow mind you. But there’s no chance of winning stoplight drag races. 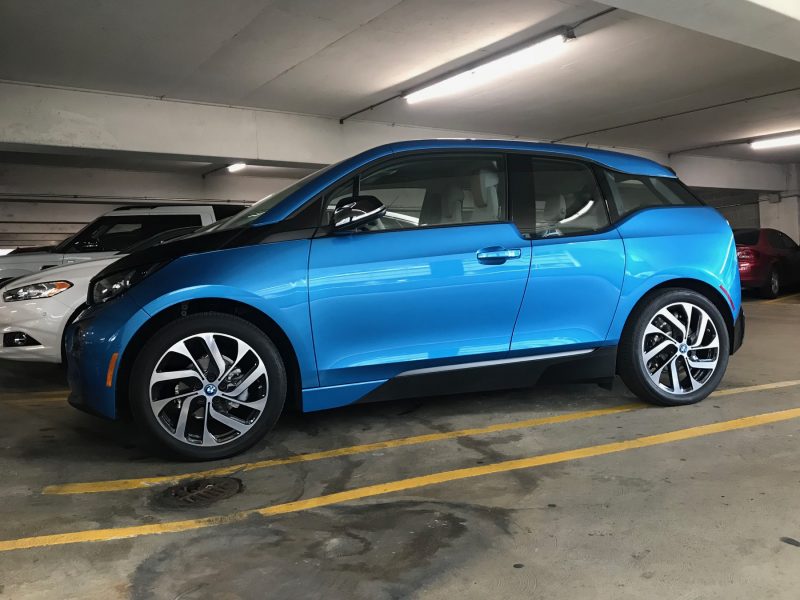 After a long day of charging and driving I pulling into the driveway (with that little engine chugging along). My first thought as I come to a rest is that this 94 ah version of the i3 is only a stepping stone to something much better. Evidently BMW knew this as well releasing a 120 ah version which a 160 mile electric range just days after our trip. And rumors are swirling that a 160 ah version will hit in 12-18 months.

What does that do to the 94 ah models on lots? At discount they could represent a great value as the i3 is truly something special. Made from a mix of carbon fiber and aluminum, the i3 is designed to be both quick witted in its performance and relaxing in its interior design. Put simply there’s nothing else like it on the road and may not be for a long time. 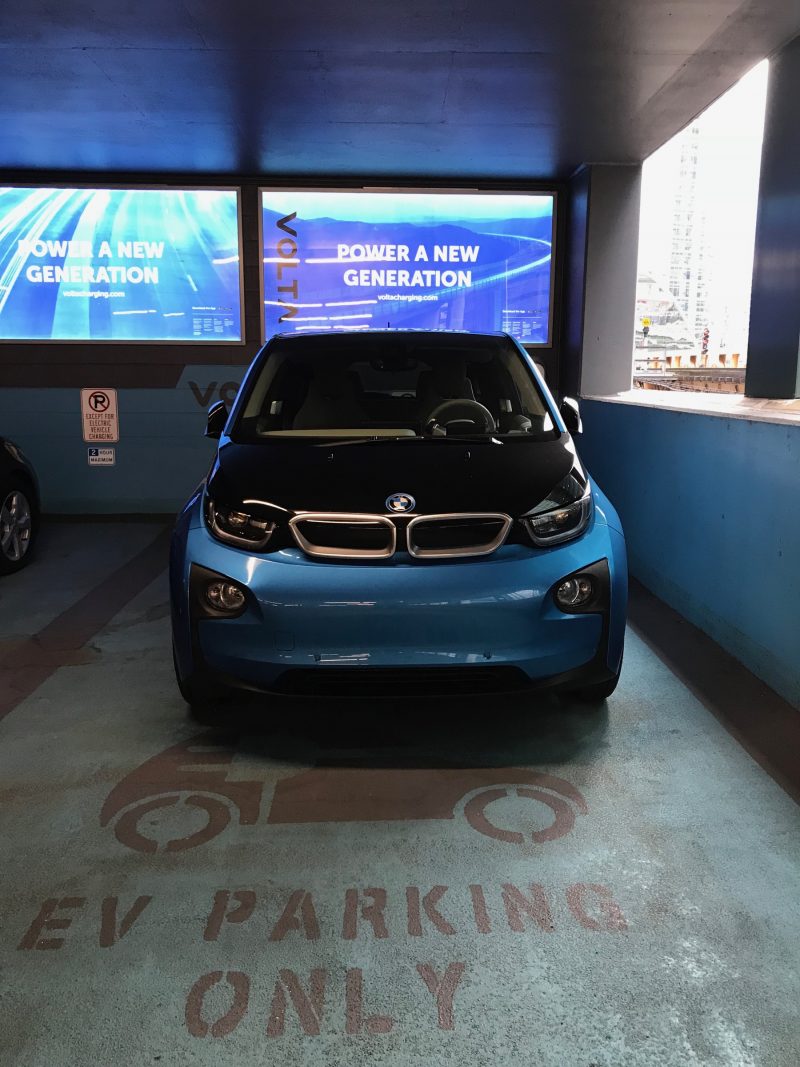 What would our ideal BMW i3 be? The new i3s certainly looks appealing. But more than that what we want is a 100% electric i3 with plenty of range and quick Level 3 charging everywhere. Until then the 94 ah (and now the 120 ah) are great cars that are much closer to serving most our needs than before. The marvel of engineering, packaging and driving experience is the same but with simply more miles at your disposal.

In our week with the 94 ah i3 we could see the future very clearly. But the future is only here in certain scenarios. We knew our Wisconsin road trip would aggressively stress test the i3. But everyday driving can be unpredictable (especially in the US) and require long periods behind the wheel. Passing that test is what this car (and any electric car) will be required to do for mass adoption. Until then the i3 remains a bit of a niche product. For those that it fits their lifestyle it’s a brilliant product seems sent from the heavens. For others it remains an curiosity in size, design and functionality.

Will adding even more miles to its range help? We’ll find out in 2018.