Get a clean entry to the roundabout, or any set of bends, and the Mini will make the most of them. Sure, all the ‘maximum go-kart feel’ marketing is nonsense, but underneath it all – and even on a humble automatic Cooper with no driving modes or adaptive suspension, this is still a cracking chassis. And a fun (big) little car. 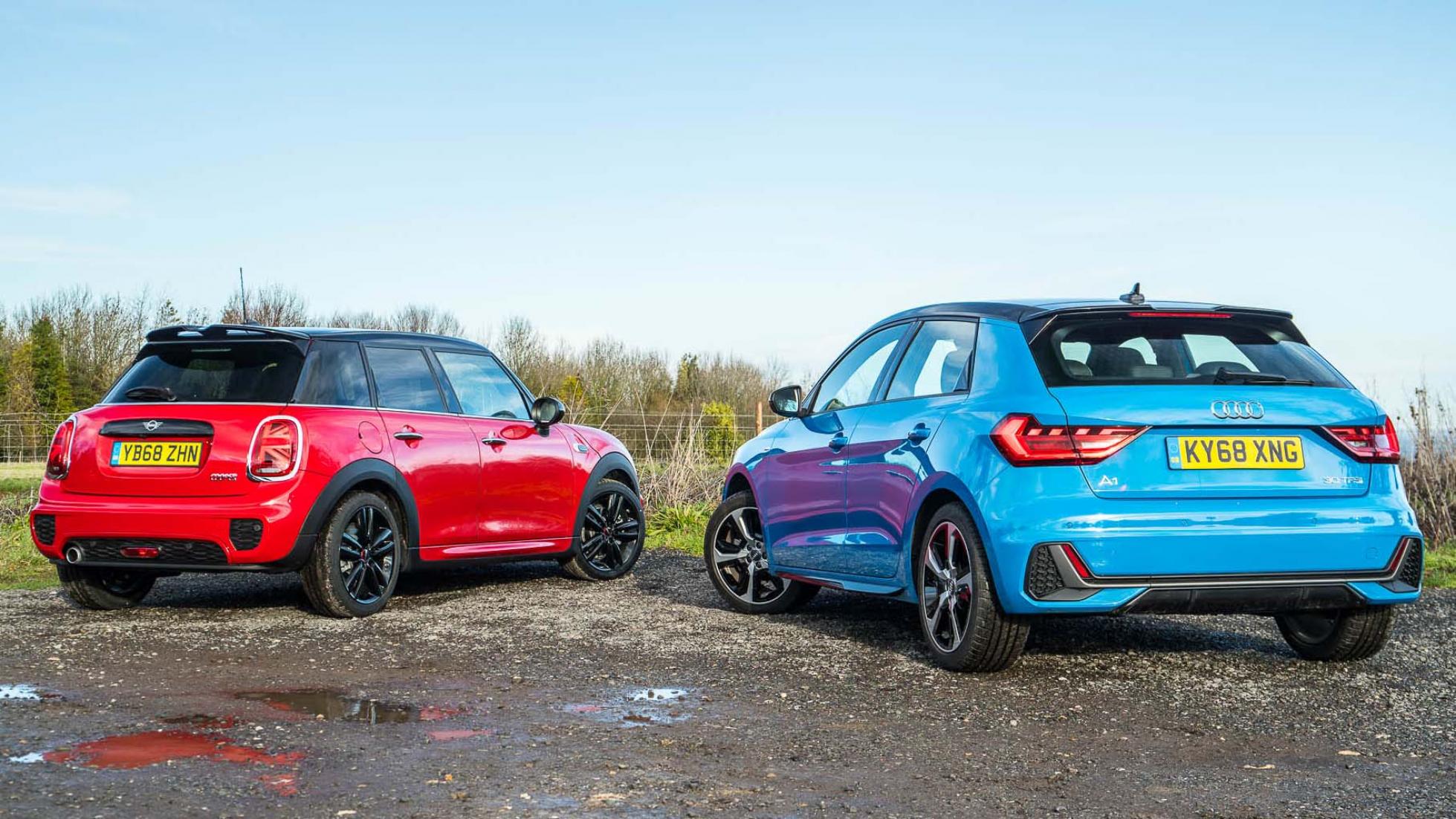 We’ve said this for years. The amount of fun you can have with a bare-bones MINI Cooper is amazing given the rest of the similar priced automotive market.

The price you pay for the Mini’s freakish body control and agility when you’re really leaning on it, and marvelling at how it grips, how truly it steers, and how obediently it responds to lifting off the throttle and quick steering inputs, is a boisterous ride around town. Some of that would be mitigated by binning the ugly Sport Pack and its John Cooper Works 17-inch rims, but the bobbly ride is a Mini trait you’ll not eradicate with any combination of options. It’s never harsh, but it likes to excitedly inform you of pretty much any road imperfection, tugging at your hands like a hyperactive child clinging onto a weary parent.

In other words the MINI delivers on performance and excitement. How about the Audi?

The A1’s far better behaved. It’s been to finishing school, and the result is possibly the most refined small car ever. Mark the date, here we are in December 2018, and we’re driving an Audi S-line that smothers British roads like it’s levitating. Only when you come across a really big pothole does the A1 give the game away, big-style, as a jolt ricochets through the structure. The suspension can sweat the small stuff, but give it a really meaty imperfection to chew on and it runs out of travel. Hardly out of the ordinary in a supermini, but more notable in the A1 because it’s just so damn quiet.

Great, but how do they compare head to heard on a great road?

But in this tit-for-tat battle, yet again the Mini closes the gap and the A1 stumbles. Point the Audi, with its peppy motor, schporty S-line promise and often-immaculate road manners down the same stretch of road where the Mini has you marvelling at its tarmac rally car aspirations, and the Audi… sort of falls to pieces.

Dead steering, tardier gearbox (with no paddles, like the Mini, but lazy shifting speeds) and more engine inertia than the mini’s sweet 1.5-litre triple conspire to slow you back down. Get braver on the brakes, carry that hard-won momentum and the suspension that soothes back in the village runs back out of travel and leaves the body rocking. In one fast direction change, the Mini puts a couple of car lengths on the Audi.

The conclusion? The Audi “wins” but it’s with more faint praise than we’d have expected considering the MINI is now five years old:

For more people, more of the time, the Audi is the better car here. It’s quiet, very comfortable, more spacious, tidy and easy to drive and it has a more mature image that a few folks, put off by the cartoon Mini, might gravitate to.