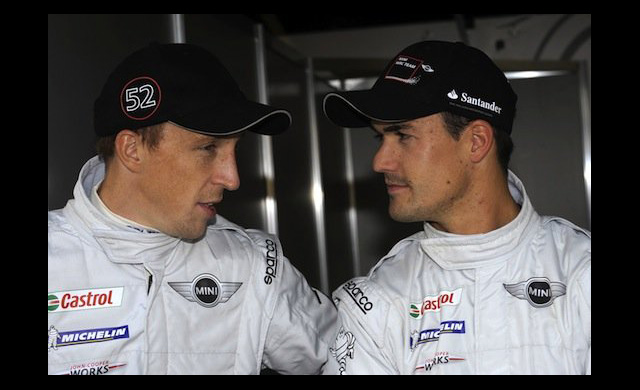 It’s no understatement that the MINI WRC team is racing strong this year. Even though drivers Dani Sordo and Kris Meeke are only running about half of this year’s rally schedule of 13 races, they’ve already managed two podium finishes and and a 4th/5th finish in their latest race, the Rally of Spain. After the race, Meeke had this to say:

After 40 kilometres [25 miles] we were only four seconds off the top speed. Now we know we’ve got a fast car on our hands. Next year we’ll be competing for the championship title.

For a team just getting off the ground, in an incredibly challenging racing series like WRC, MINI’s successes so far are nothing short of phenomenal. It’s a testament not only to MINI’s racing heritage, but MINI’s commitment to taking their entry into the WRC very, very seriously. By partnering with Prodrive, MINI isn’t just dabbling with racing for the sake of marketing. They’re out to win. Kris Meeke thinks they can chase down the WRC title next year, and if these early showings are any indication, I believe him.