We’ve known for awhile that MIIN was looking to re-name the Paceman but until now we’ve not hear anything specific about the name. We theorized that MINI could go with something as simple as the Countryman Coupe but had no definitive source to back it up. However the folks at Car and Driver do as they recently heard from a source at MINI that the Paceman will indeed be renamed the Countryman Coupe. It makes perfect logical German sense to us. But we want to hear your thoughts? Should MINI have been more adventurous with the name or does the Countryman Coupe sound right to you?

The MINI Paceman is coming and it’s going to hit dealer lots late this year or early next depending on the market. That is according to our sources we have also spilled some details on the model mix and AWD offerings for the car.

Production is intended to start in November 2012 and run though late 2018. However what’s interesting is that MINI is planning on launching the car Cooper All4 trim to go along with the standard model mix. That would give the Paceman the following line-up

In addition to this we also expect MINI to release a full factory JCW Paceman with the revamped variable valve timed N18 JCW engine with 218 hp. 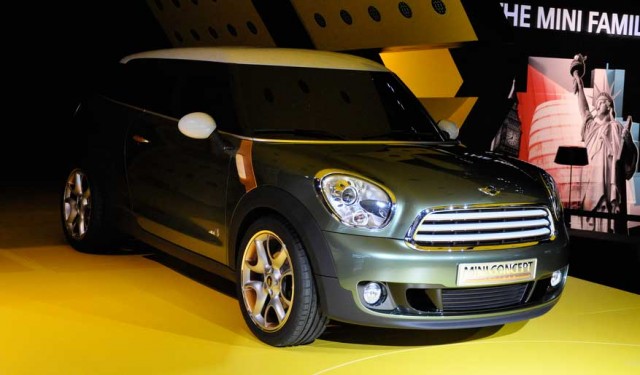 Then there are the rumors of a MINI hybrid which we believe will manifest itself in the Countryman and Paceman models sometime after 2012.

The Paceman’s styling will also be revamped from last year’s concept vehicle. However the rumors revised headlights strike us as odd given the costs that go into the tooling of such a change (especially considering the cost of borrowing the Countryman’s is zero). However the rumor is that the Paceman will lose the Countryman derived headlights and in their place headlights that are pushed further in-ward similar to the Rocketman concept that previews the 3rd generation MINI. 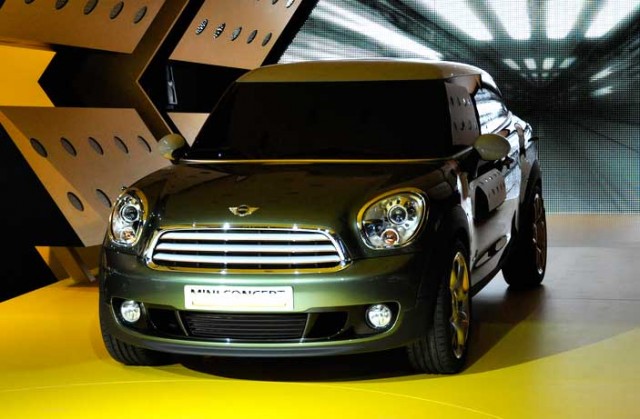 Perhaps the biggest change to the concept will be the addition of two rear-hinged club-doors that make the R61 a true five door similar to the Countryman. Inside space will be almost identical to the Countryman with the exception of the rear cargo area height.