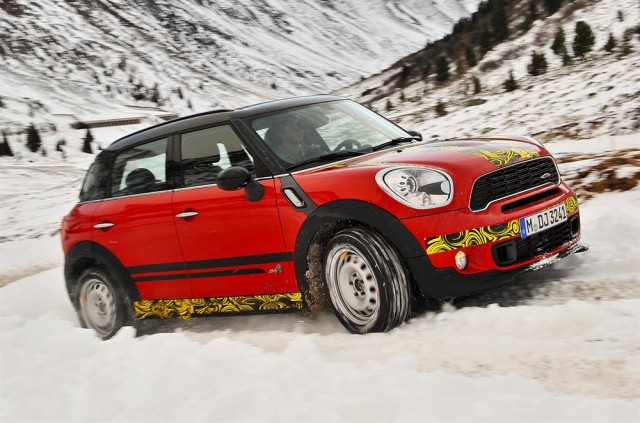 Just in time for MotoringFile’s JCW month, MINI has taken some of the wraps off of it’s 2013 MINI JCW Countryman in Austria today. Rest assured we’re going to have plenty of hand-on details about the car shortly. But we wanted to get you some of the facts as they seem to have leaked out a little earlier this morning.

Consider this car as the next generation of JCW. That means that MINI has taken the criticism we and other media outlets have leveled against it and created something that is a bit more well rounded out of the box than previous JCWs.That means the JCW Countryman will come standard with a more aggressive suspension than the stock set-up on the Countryman Cooper S. Expect the car to sit 10 mm lower with stiffer spring rates and larger anti-rollbars. Additionally the engine will be the variable valve timing of the current JCW engine pumping the power up well over the 210 currently on tap.

Did Prodrive have any involvement in the Countryman JCW? As best we can tell the answer is no. We’ve also learned through sources that that winged Countryman spotted recently outside of Prodrive’s UK offices was simply Team Principle David Richards private car and not anything meant for public consumption. That means if you’ve been waiting for a hot Countryman, get your name on the list for the JCW. It should arrive during the summer of 2012.

Look for a full report on the car on MotoringFile shortly. 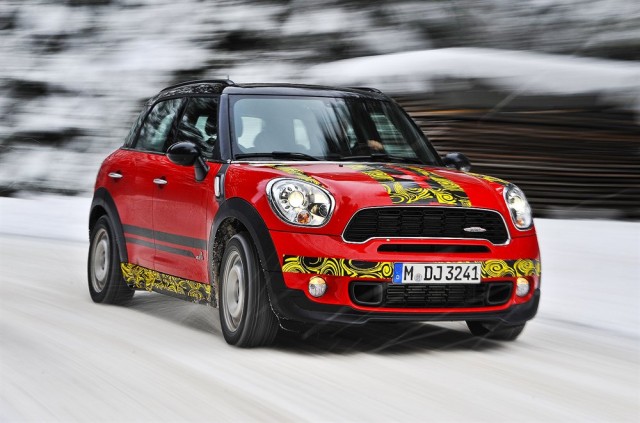