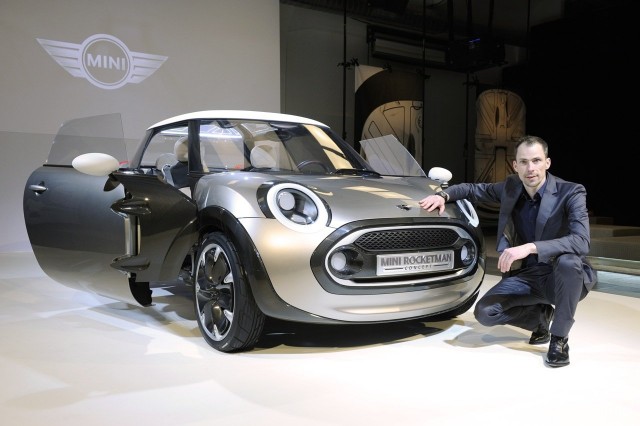 The MINI Rocketman/MINI CITY is a concept that just won’t die, yet it’s also a car that might not actually live to see production. We’ve gotten conflicting reports since the Rocketman Concept’s debut that the diminutive MINI both would and wouldn’t see real world production. Various people in leadership, including MINI’s top man, Dr. Kay Segler, have expressed a very strong desire to see the little MINI on the city streets near you, yet we also know that the car isn’t in the current product roadmap recently approved by the BMW board. Inquiring minds want to know will this car get built or won’t it? Now we have some clarity from Sven Grutzmacher, BMW Group press spokesman at the recent press launch of the MINI Roadster. Well, sort of.

“…there was never a decision whether we [would] build such a car or not. So nothing is changed on that front, so you cannot say the Rocketman is dead, or that the Rocketman is going to come into production because there has never been a decision.”

So according to Grutzmacher, the Rocketman concept is neither living nor dead — but rather the proverbial zombie car ready to rise in the night and feast upon the ECUs of innocent Smarts and Fiats. While his statement gives us hope that the MINI CITY may someday be a reality, it doesn’t actually give us any closure one way or the other. The Rocketman remains in limbo, where apparently it’s been all along.

Future MINIs to Become Both Smaller and Larger

International Effort: Electric MINI to be Designed in Germany and Built in the UK and China