Frank Stephenson is not only a critical part of MINI history but has long been a friend of MotoringFile. So it was with great pleasure when we saw him move into the his current head of McLaren design role. But Frank’s history in the automotive industry is fascinating, particularly for MINI fans. Car and Driver caught up with him recently to discuss his past and the industry as a whole. 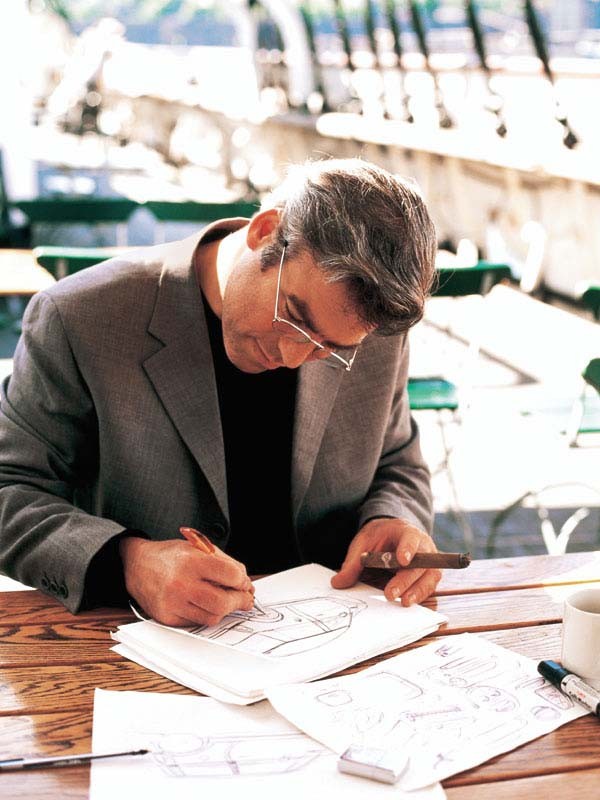 >C/D: Next you went to BMW, where you designed the X5 and the R50 Mini. Was that the car that really put you on the map?

>FS: I’ve never had children—I wish I had—but my mother, every time she sees a Mini it’s like her grandchild. There were 15 design proposals for that car, each with a designer and a team of clay modelers to get it built. Of course, it went down to the wire and it was past midnight on the day of the presentation—this was in October ’95—and we’d finished it and started to drink. Then I have one last walkaround and freeze: We’d forgotten to put an exhaust on the car. Everyone’s flat on their backs by this stage, so I took a Budweiser can from the chief modeler, cut it in half, polished it up, and then stuck it into the clay. Anyway, they chose the car, and Chris Bangle [then BMW’s chief of design] comes over and says: “Great job, Frank—this is going to be huge for you. But never, ever waste a modeler’s time making such a detailed exhaust pipe.” He thought it had been done on a lathe, taken somebody six hours.

The MINI is Dead / Long Live the MINI