Continuing the trend, MINI USA’s new car sales are down while certified pre-owned sales are up for the month of September. 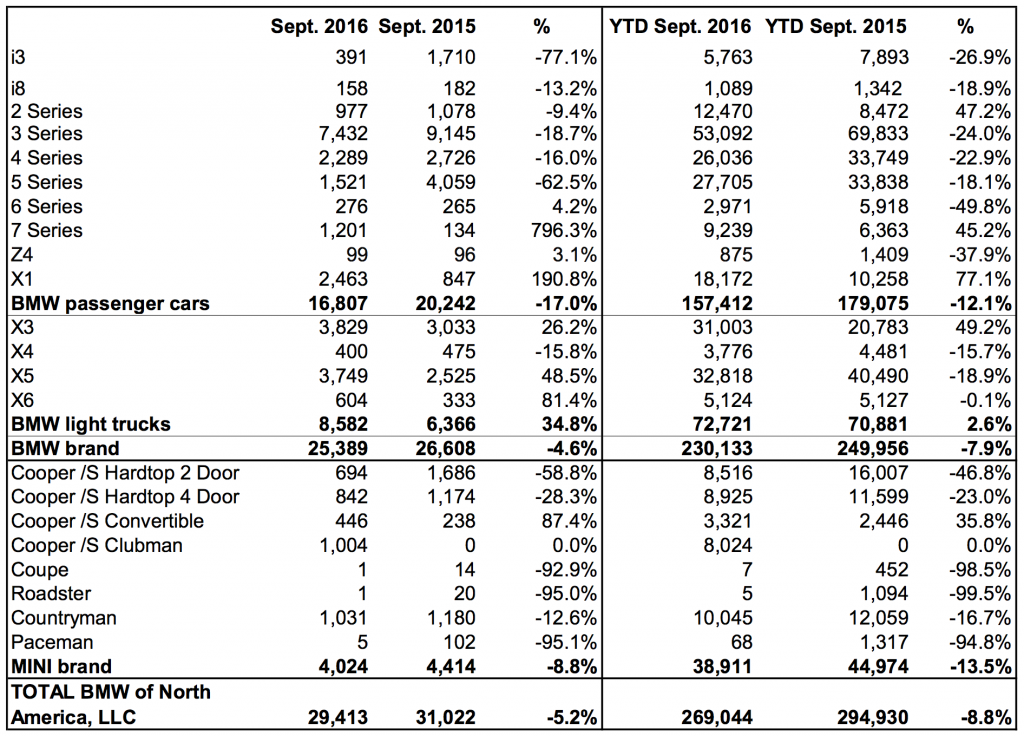 Now lets look inside those numbers. The first thing that jumps out is how much the US loves its four doors right now. With gas prices still low it’s clear that the US buying public is looking to buy size and utility more than sporty and fun.

The Clubman continued its run at the top of the sales chart narrowly losing to the Countryman for September. While that shouldn’t come as a shock (it’s simply a better car) the idea of a wagon selling as well as a crossover in the US is fairly astounding. Last month it did just that but some those extra units were likely due to an amazing lease deal (just over $100/mo) that MINI USA accidentally offered dealer employees for a couple of days.

Included above is also a look at BMW sales to give you some perspective. While the BMW Group as a whole is a small company (compared to VW, Ford etc) it’s interesting to note that BMW sells more 3 Series than every MINI combined.

The good news was all those CPO sales. MINI Certified Pre-Owned set a record with 925 vehicles, an increase of 2.3 percent from September 2015.