With MINI still two years away from releasing it all electric car, BMW has revised the 2018 BMW i3 and added a bit of sport in the process with the i3s. To be fair only similiarty that these two cars have with MINI is that they’re created by the same parent company. The i3 rides on a bespoke carbon fiber monocoque chassis that is entirely different than MINI’s traditional UKL steel structure. The only components remotely shared are deep under the skin and likely relate to electronics or seat-belt fasteners. Of course that doesn’t change the fact that the i3 is about the same size as a Clubman and (surprisingly) offers a similarly sporting drive.

While it doesn’t technically compete against the MINI (yet) it does offer an interesting value proposition for those looking for a sporty small electric car with plenty of luxury and tech. Prices for the revised 2018 models will be announced in the coming weeks but rest assured a properly specced i3s model will easily top $50k making any JCW Clubman look like a steal.

What’s new? We’ll get to the visual updates in a second. But first lets get to the stuff that might appeal to the MINI buyer – the sport model. The new BMW i3s comes equipped as standard with sports suspension that includes a 10-millimetre drop in ride height. The additional 40 millimetres of track width compared to the BMW i3 is given added impact by the black wheel arch borders.

Under the hood (so to speak) the i3s is developing 181bhp and 199lb ft of torque, 13bhp and 15lb ft more than standard version of the facelifted i3, which still produces 168bhp and 184lb ft.

Range stays the same with the 94Ah battery. In our recent i3 tests we saw 130 miles on electric alone and well over 200 with the REX range extender. 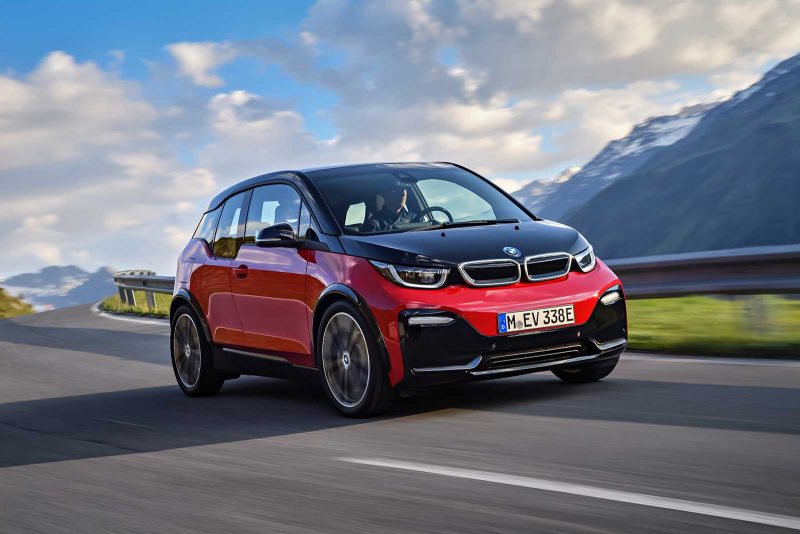 Visually BMWi has given the i3s exclusive 20-inch light-alloy wheels in double-spoke design that are 20 millimetres wider than the previously available versions. They can be ordered in the Bicolour and Jet Black colour variants. 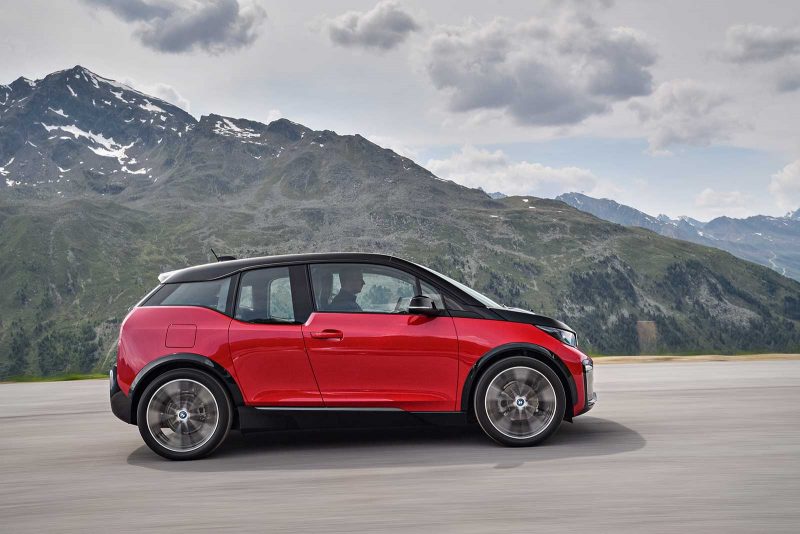 BMWi has visually changed the the i3 with revised front and rear aprons. At the front, the bumper inlay as well as the U-shaped surround encircling it have a black finish. The front apron’s side sections are bordered on their lower edge by accent strips in BMW i Blue or Frozen Grey that further emphasise the width of the car. The accent in the closed BMW kidney grille is also painted in high-gloss black on the BMW i3s to give the grille a larger and more prominent appearance. The rear apron of the new BMW i3s is likewise composed of individually styled contours, while the black surround frames an extra-wide, body-coloured inlay. On the new BMW i3s, the roof line accent also sports the same high-gloss black finish as the A-pillars.

The revised BMW i3 and i3s will hit showrooms this fall with US pricing expected in the next few weeks.