When we last left the MINI Countryman we were heading back from Oregon’s Mt. Hood where we drove through epic snow through unforgettable scenery. Five months later we’re putting the F60 MINI Countryman through the ultimate test – living with it for a week in Chicago.

Our previous Countryman Cooper S All4 was a unicorn quipped with a manual transmission that brought that car to life. This time we’re testing the spec that most people will leave the lot with – a Cooper S with the Aisin 8-speed automatic.

How do they compare? As you’d expect the manual is the choice for anyone who cares about feedback and wants to ring-out every last bit of fun from the Countryman. For those who can’t drive a manual (or have some commuting concerns) the auto is a dramatically better choice than it was with the previous iteration of this car. Shifts are seamless when they’re suppose to be and neck snapping when sport mode is on. It may not be as engaging but it’s no longer the killjoy the last version was. One pro-tip however. Make sure you get the “Sport Auto” as it not only adds paddles but gives you a different version of the transmission that shifts noticeably quicker in sport mode. 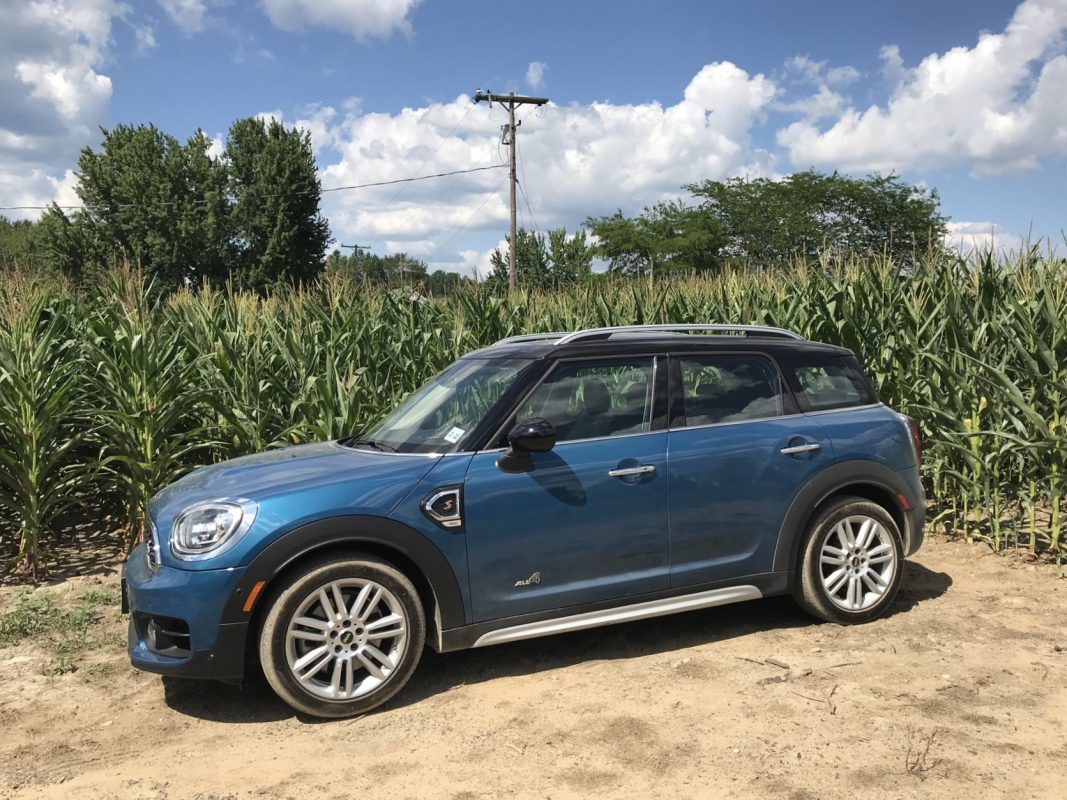 The X1 has a noticeably larger rear overhang which adds some cargo room and some ill-advised weight (189 lbs of it). The BMW makes up for it be using the JCW tune of the B48 which endows it with 229 hp and 258 ft lbs of torque. That gives the X1 a 0-60 time of 6.3 seconds. Having driven and reviewed that X1 I can tell you that it never feels quite that fast.

The Cooper S Countryman hits 60 mph in a more leisurely 7.2 seconds given that it only puts out 189 hp. But with almost 200 lbs less to lug around and more tidy proportions it’s definitely the more rewarding drive of the two.

It’s also be the cheaper of the two. The X1 costs 35,100 in xDrive form with the Cooper S All4 (which is a technically identical all wheel drive system) is substantially cheaper at $31,100. Add in a sense of design that is much more appealing and the Countryman would have our vote. 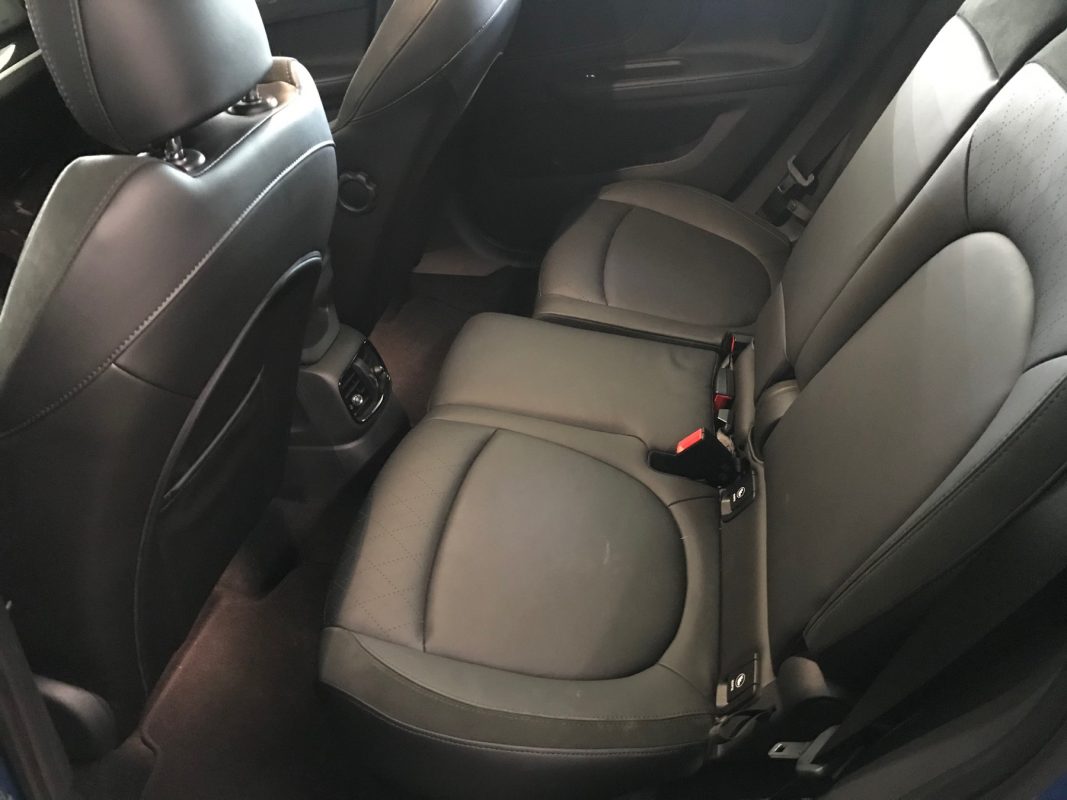 The previous Countryman was an anomaly in many ways. Built on a bespoke platform that was a heavily modified version of the F56 chassis (which in itself was a heavily modified version of the R50 chassis), the R60 Countryman had a punishing ride and questionable interior and component quality. While it handled like no other small crossover, it also was known to punish occupants with a harsh ride over anything but perfect roads. It also lacked the utility that many expected in a crossover. While large for the MINI world at the time, it was seen as too small for many potential buyers.

That doesn’t meant it wasn’t successful. For many of the reasons above it stood out in the marketplace and has, for much of its life, been the best selling product on dealer showrooms. 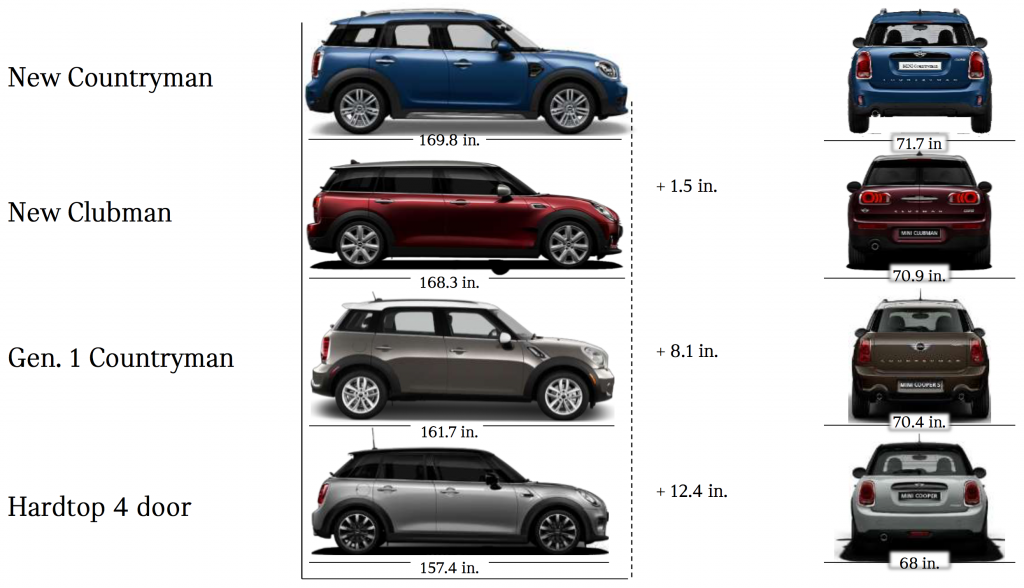 The 2017 MINI Countryman (or F60 as it’s known internally) is all new and based on the same version of the lengthened version of the UKL platform that underpins the MINI Clubman (technically the UKL2). It’s over 8″ longer than the previous Countryman and almost 2″ wider. On paper this new Countryman has only added 5.4 cu ft of extra cargo room but MINI isn’t allowed to count the cavernous underfloor space that is plenty usable day to day.

Looking at its current stablemate the Clubman, the Countryman is just under an 1″ wider and 1.5″ longer. What that means for passengers is interesting. Up front the Clubman actually has 1″ more legroom than the Countryman and is identical in shoulder room. It’s the rear where the Countryman wins out with 3.3″ extra legroom and 1.2″ extra shoulder width. In other words the Countryman is a slightly more comfortable kid-mobile where as the Clubman is a bit more geared to the driver and front passenger in its layout.

So has MINI lost the plot with such a large car? Let’s put the F60 in context. As the segment has grown in volume, the competition has gotten slightly larger. So while the new Countryman is grown, it’s very noticeably one of the smallest crossovers on the US market (as it was with the R60). The Honda CRV for instance is a whopping 11″ longer while the Subaru Impreza and Audi Q3 are 6″ and 3″ bigger respectively. 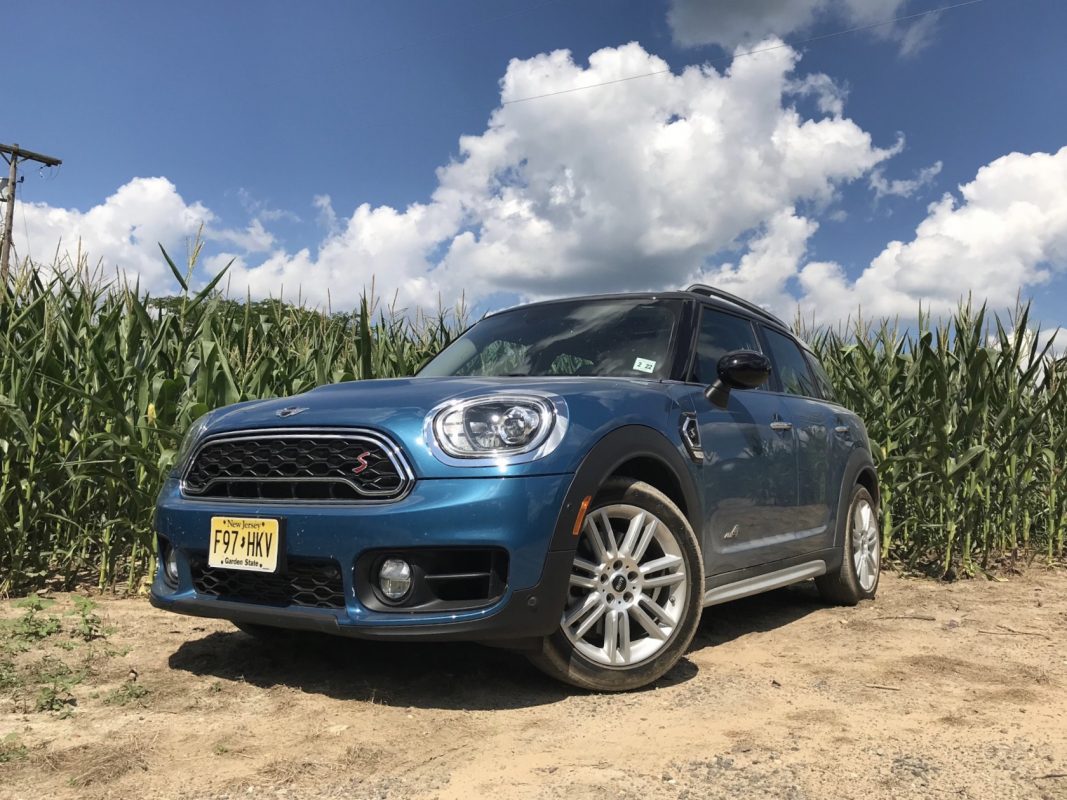 Of course none of this matters if it doesn’t feel like a MINI. And with an average 350 lbs more to carry around vs the previous Countryman, the F60 has a lot to prove. Yet BMW is a company with some track record of making big crossovers surprisingly enjoyable to drive. From the X5M to the first generation X1, BMW has plenty of crossover chassis honing magic to its name. But can this new larger Countryman retain the feel of the much lighter and smaller previous version?

Yes and no. You can’t hide the extra weight and there are hints of those 350 lbs when you push the car (that weren’t there before). But MINI has walked the tightrope as well as you could have expected given how much more space and utility is here. In Cooper S All4 automatic form, the Countryman feels quick enough but never quite fast. What it does do is deliver a competent level of performance with a feel that few other cars in its segment have. Key to this is a completely redesigned suspension, dramatically better seats and a much improved run flat tire that is standard on the Countryman in the US. MINI hasn’t achieved perfection in ride by any means, but the Countryman has been improved by leaps and bounds in terms of overall comfort.

While true analog-style feedback isn’t on the offering (it really hasn’t been since the first new MINI), there’s more feel through the wheel than the 2016 MINI Countryman we drove recently. No it doesn’t turn in as quick as the R60 version. But it does feel more of a holistic package than before. There’s a harmony to the suspension dynamics, steering feedback and overall chassis tuning that is more thought through and sophisticated than with the previous Countryman. In other words the new Countryman feels more upmarket and (dare we say it) much more premium than before.

Why You Need All4 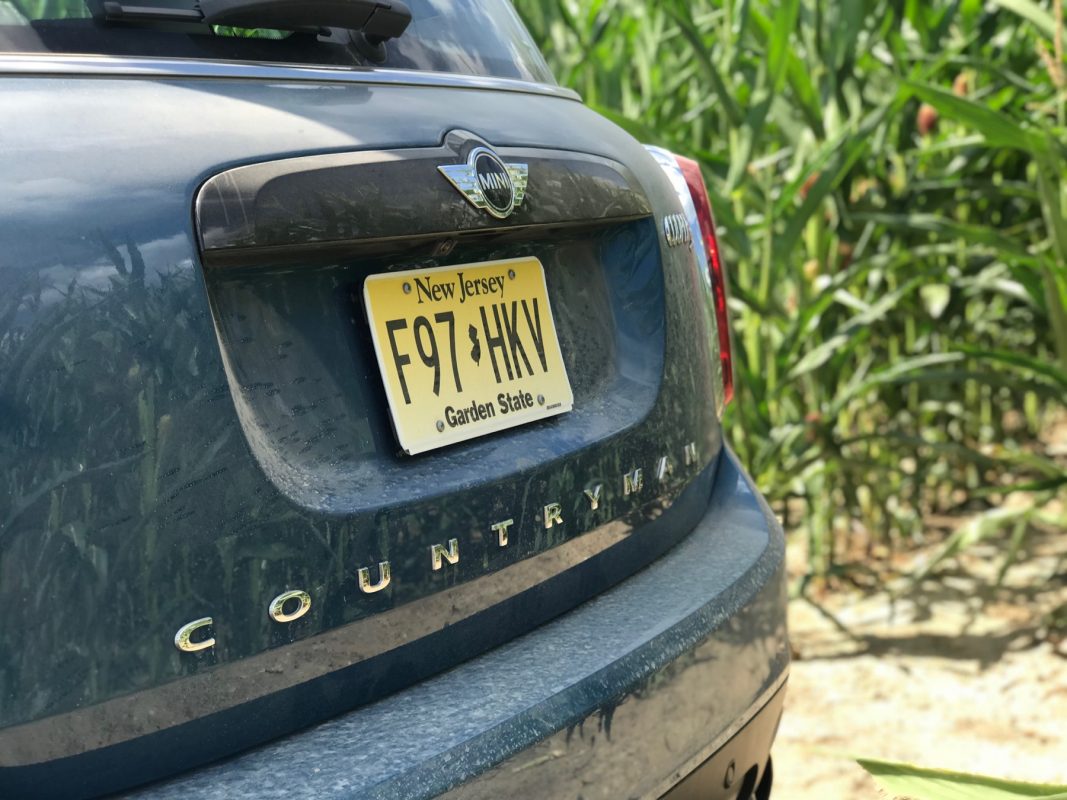 We said this in our initial review and we’ll say it again. All4 is now an official MotoringFile recommended option. For years we’ve told Countryman buyers to skip the All4 and put your money elsewhere. With this new version our opinion has shifted for a few reasons. Because of the larger size and weight, front wheel drive doesn’t endow the new Countryman (or Clubman for that matter) with as much traction as you’d expect on anything but dry roads. And even then a moderate helping of throttle will break the front tires loose. Put simply MINI’s front wheel drivetrain is better suited for its smaller cars these days. There we said it. But the solution is an easy one. All4 solves those traction problems very efficiently while limiting the weight and efficiency penalties normally associated with all wheel drive.

Then there’s the confidence in the sloppy stuff. Let’s go back to our original test this spring on Mt. Hood for a moment. Our experience with the new All4 Countryman on the snow slopes of Oregon’s finest was in a word, awesome. MINI’s really upped its game with the revised All4 system. The weight penalty is down to only 134 lbs and frictional losses have been reduced (making the system more efficient and fluid). It’s a system feels both more effective and more invisible in action. The one thing you notice right away is the speed of which the rear wheels engage. When pushed hard on wet snow the new Countryman All4 feels almost entirely neutral and eager to drift. 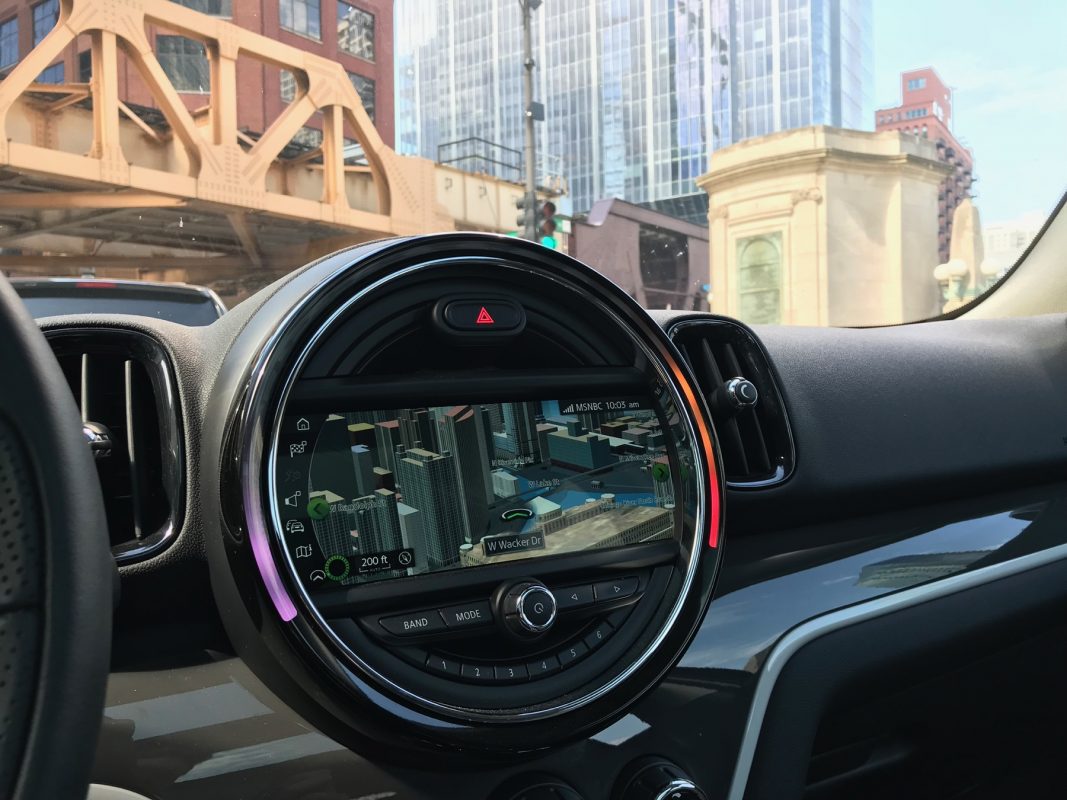 This means that the base price of the Cooper has risen $3,350 over the previous Countryman. Having spent some time with both cars recently the reasons are obvious but here’s the big four: size, standard features, higher quality, higher levels of technology. 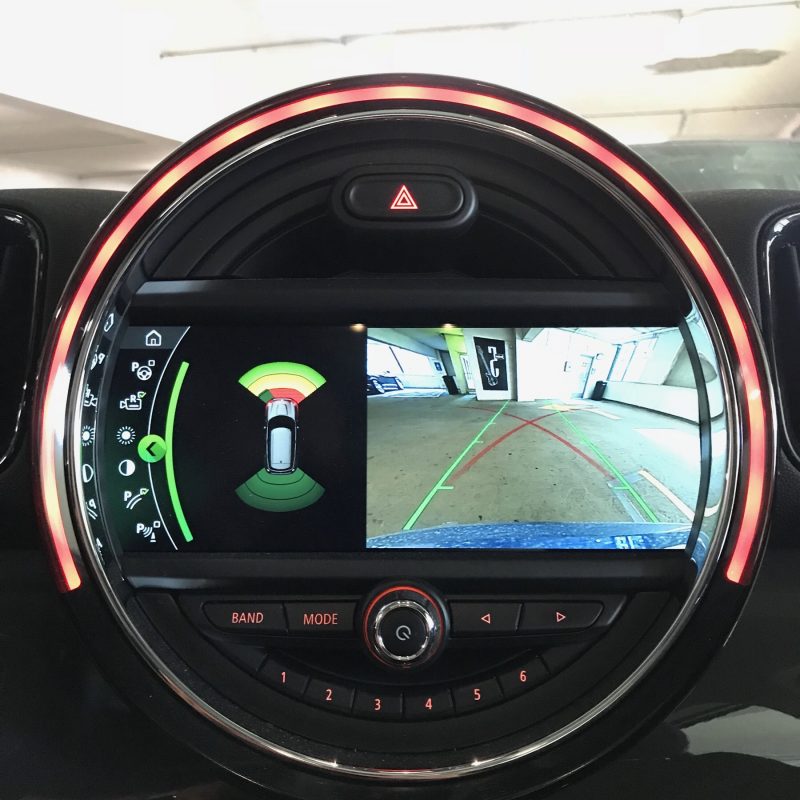 The question remains – is it worth it? For us it’s an easy yes. But there’s another option for those who have a hard time with the price increase – the Clubman. With essentially same size, standard features, higher quality and technology, the Clubman has become more attractive with the release of the new Countryman. Frankly for those looking for the best combination of performance and utility, the lighter Clubman wins out. 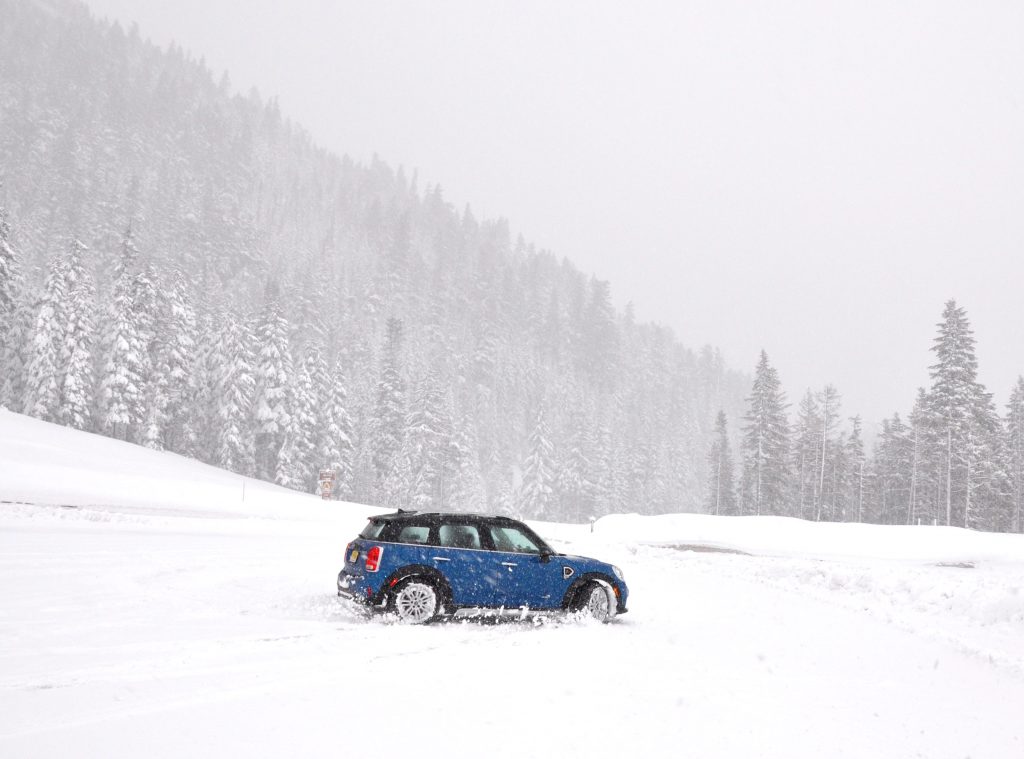 No surprises here. The Countryman Cooper S Auto is going to be an incredibly popular car for MINI because it’s what most of the market wants. A small and fun crossover that is at home in the mountains and on the city streets. It’s great for a small family as much as it is for single person. With the new larger size, it’s simply more competent at what most of the buying public wants.

Luckily despite the five seats, added weight and optional luxuries, the 2017 Countryman still feels MINI-like behind the wheel. But for those who are going to miss the lighter, more nimble previous Countryman, we have a recommendation. Get the cheaper, faster and more efficient MINI Clubman.