If you’re a regular MF reader you’ll know that The upcoming 2018 MINI refresh due next spring will be an important one. The MINI LCI (mid-cycle refresh or life-cycle impulse in BMW speak) will be much more about power and performance than a refresh of style. What will it entail? Let’s get to the details.

What Models Get What and When?

We had originally expected the LCI to begin production with November 2017 production. We now believe MINI is aiming for March 2018 production. Whether or not these will officially be billed as 2019 model year MINIs is to be determined.

Let’s start out by saying that the MINI brand has never been about power. The performance many of us love about the cars revolve around responsiveness and feel. But the horsepower wars among warm and hot hatches is going strong and MINI can’t turn a blind eye any longer. The Focus RS makes 350 HP / 350 lb/ft while the Golf R gets by with 292 HP / 280 lb/ft. MINI’s most powerful cars (the JCW Clubman and Countryman JCW) produce a more modest 228 HP / 258 lb/ft. In other words they’re quick but not fast. And people are noticing.

MINI is aiming to change that without sacrificing quality and comfort. Basing their engine range on BMW’s module platform was smart. That means updates roughly every 3-4 years with constant improvement in both power and efficiency powered by a company that knows how to build world-class engines.

The revolutionary part will come in a special edition of the JCW power plant likely destined for the Clubman and Countryman – not part of this LCI. As you can see in the video above, MINI is testing a tune of the 2.0 four cylinder that puts out substantially more power – likely to all four tires. We believe this highest performing engine will be relegated to the Clubman and Countryman due to the AWD system being able to handle the torque more effectively. 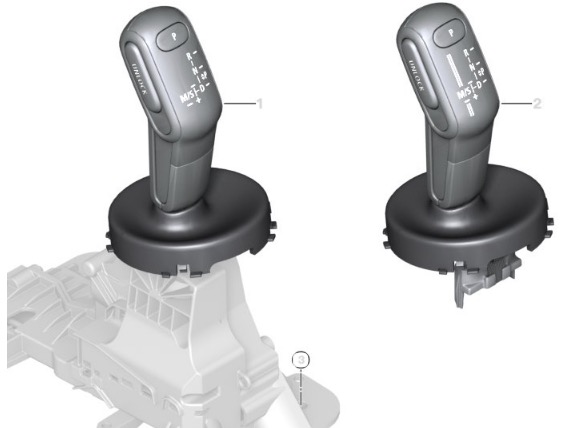 In other words the dual clutch transmissions use two clutches to allow for much more responsive, crisp gear changes. DCTs (as they’re known) shift quicker, and yet are nearly as seamless as the new breed of 8-9 speed torque converter automatics. They also offer similar MPG figures to the best automatics out there. In other words they offer more the performance without too much of a downside.

Should You Buy One?

Perhaps the better question is – should you wait to buy if your about to? Yes and no. If you can wait then do. These changes aren’t revolutionary but they’re a strong evolution to what counts – under the hood and how it drives. One thing we have no info about is the suspension setup. But given MINIs position in the market and Catherine ability to raid the BMW parts bin, we’d be surprised if MINI didn’t make revisions that netted out with more responsiveness and immediacy.

This is the first MINI LCI that will fully benefit from BMW’s engineering prowess thanks to the UKL platform. Because of that, this refresh might be worth waiting for.

Making the Case for Winter Tires